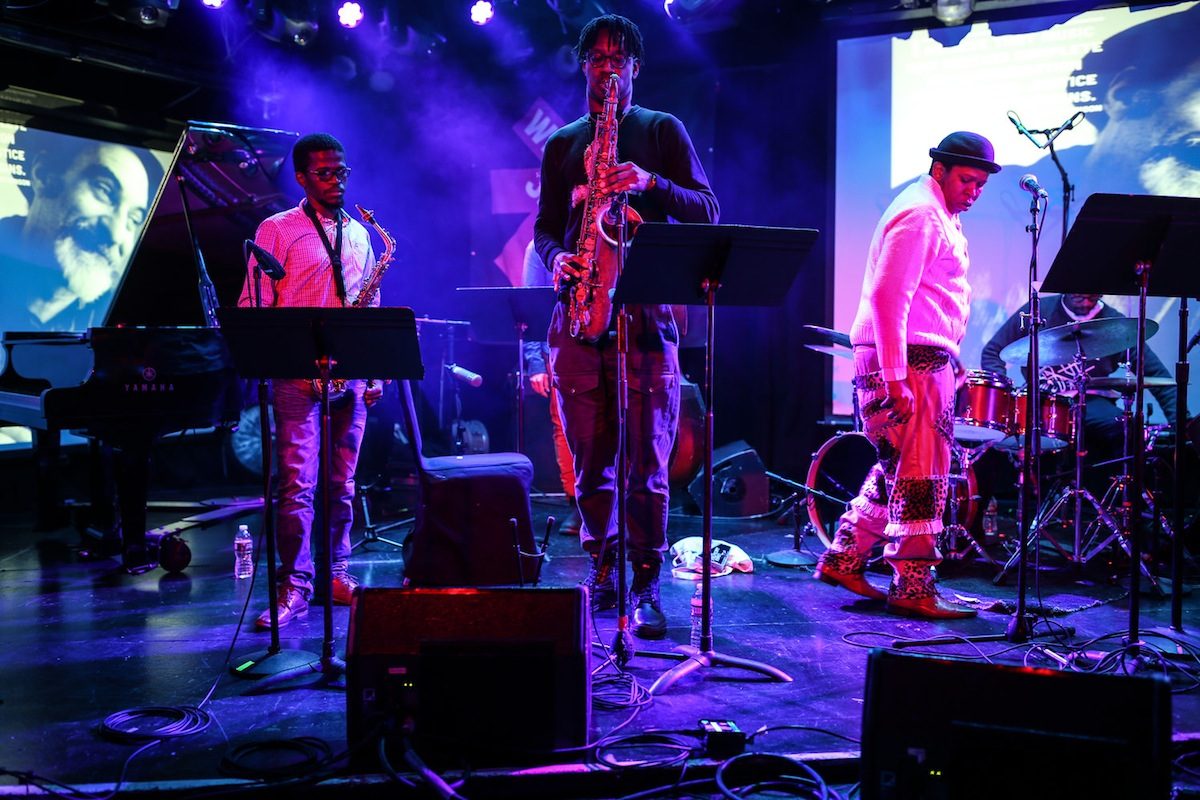 New York City is undoubtedly one of the most important places when modern music is concerned. It is a city visited by hundreds of new musicians every year, a must go-to place for musicians and music lovers because of the possibility to find live music of all sorts of genres ever single day of the week. It is the city that never sleeps, one that never gets tired; there are countless concerts, performances and festivals taking place here, it is sometimes dark but always ever-so colorful.

2017 NYC Winter Jazz Fest, whose thirteenth edition took place between 5-10 January 2017, is one of the most important festivals for jazz music. This year it took place with the participation of more than 150 bands and 600 musicians in 5 days in 11 different venues. The fact that Nublu 151, recently opened by İlhan Erşahin, was among these venues was a great opportunity for me. It has been invaluable for me to be able to work with the Nublu family in the past few years, to be in a formation where I can present my own music freely, and to meet new musicians every single day. We are also very proud that this year’s festival is using the logo created by Ertaç Uygun, who also does the graphic designs for the Nublu family. The most exciting two days of the festival were the days when the marathon took place, just like it has been in the previous years. During these two days the 40-60 minutes-long performances lasted from 18:00 to 02:00 in the morning in 11 different venues; it was a musical feast that made musicians and music lovers run from one club to the other.

The main theme of the Winter Jazz Fest was chosen to be “Social Justice” due to the rather unfortunate events that have been taking place in the States lately. To explain further; it was a magnificent festival which embraced the idea of equality of the rights of every human to live despite their language, religion or race, the hope that there would be no differentiation or discrimination among people. These ideas seem utopian to all of us, but we still defend this just and equal way of living, and the festival managed to express this with music, one of the main branches of art. I am realizing once more that societies become more creative when their freedom and rights are oppressed. I talked about this very same topic with many respected musicians. Art always embodies hope, despite what is happening around the globe. It is beautiful to be able to realize this. 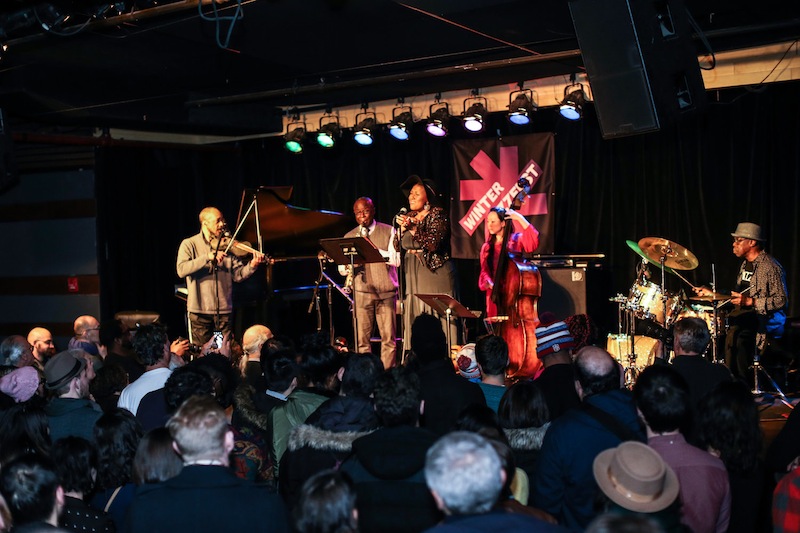 A new event series called “Winter Jazzfest Talks” was organized in addition to this year’s performances. The first panel, whose aim was to facilitate a discussion on social justice and the role of music in social justice, took place with the participation of Greg Tate, Terri Lyne Carrington, Samora Pinderhughes, and representatives from Black Lives Matter and ACLU with the moderation of journalist Siddharta Mitter in The New School.

The marathon started with Corey King in Nublu for me. Corey has worked with musicians such as Esperanza Spalding, Dr. Lonnie Smith, Chris Dave, Stokley of Mint Condition, Mos Def, Gil-Scott Heron, Takuya Kuroda, D.J. Premiere, Miguel Atwood-Ferguson, Pharoahe Monch, Phonte (Little Brother), Nicholas Payton, José James, Bilal, Wyclef Jean, Mary J. Blige, Ledisi and Lauryn Hill after getting accepted to The New School with scholarship. I have watched Corey play his trombone during many performances, but this time he made a great opening with Rhodes while he accompanied the musicians with his vocals as well.

I didn’t watch the whole performance, because I had to run and see my favorite drummer Dan Weiss performing at The Beat’s Drummer Lounge in Le Poisson Rouge. I think Dan Weiss, with whom I had the opportunity to work with, is one of the most creative drummers and musicians of our times. His technique has reached a perfect level during the time in which he worked to synthesize the Western understanding of rhythm with the East. It isn’t merely a drummer I get to watch every single time I see his performances. His mastery in filtering the music being created through his body and the way he expresses that with the drums or the tabla are on another level of virtuosity. He enchanted everyone, including me, once more with his solo performance. His is a name that should be learnt for all those who like modern music and drummers who play jazz.

I watched another name on my list, Dave Douglas’s High Risk Project with Shigeto for a short ten minutes. This project is more meditative and a little different than Dave Douglas’s previous electronic interactions. We could call it an enjoyable journey taken by jazz musicians through electronic music. I returned to Nublu after that. Next up; Kendrick Scott Oracle. Kendrick Scott Oracle enchanted the audience with the high-energy and complex ideas that he smoothly presented the music lovers with from his “We Are The Drum” album. The piece called ‘Philando’ was one of the most impressive moments of the performance. He once more managed to raise awareness about how African-American people survive in this country with many hardships and by chance by adding sounds from real interviews to his performance. He relayed one of the most important messages of the festival through his own interpretation. 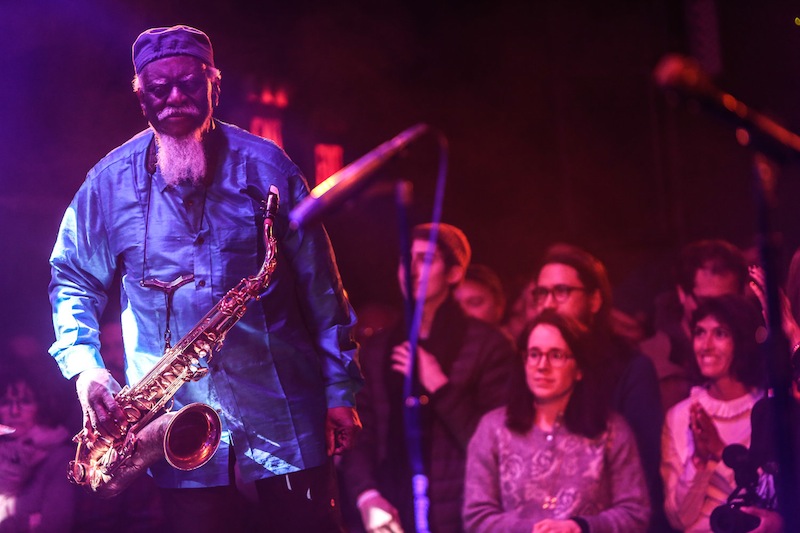 Jason Lindner performed his Now vs Now project right after. The band, which changed and morphed into its current shape through the years, won the audience’s heart easily with their high energy and their syncopated and complex rhythms. I would suggest that you research these musicians if you haven’t heard their names before; Panagiotis Andreu ve Justin Tyson.

I got in the can towards Subculture for the “Kneebody” concert that I loved and planned to watch. I wasn’t able to get in due to the overcrowding, even though I made it to the concert in time. This is a rather unpleasant experience that could happen during the festival. One always wants more. I thought about the concerts I would see the following day and went back to Nublu to listen to İlhan Erşahin Istanbul Sessions. I ended the first night of the marathon with this project that was accompanied by Arto Tuncboyacıyan, Alp Ersönmez and Brandon Lewis. The first concert next day; Eric Harland “Stem Sounds”.

The trio, which consists of Eric Harland, James Francies and music producer ‘Love Science Music’, combined hip-hop, jazz and electronic music as we are used to seeing lately, but in their own themes and impressed all of us with their free improvizations. It was a great experience as a drummer to watch Eric Harland up close.

Following Eric Harland, Louis Cato’s “CATOtheBAND” project took the stage. I knew Louis as a drummer, but this time he surprised us all by performing with his guitar and singing his own pieces with his great band. I later on learned that drums and guitar are only a few of the instruments Louis Cato can play. I would recommend looking into Louis Cato. 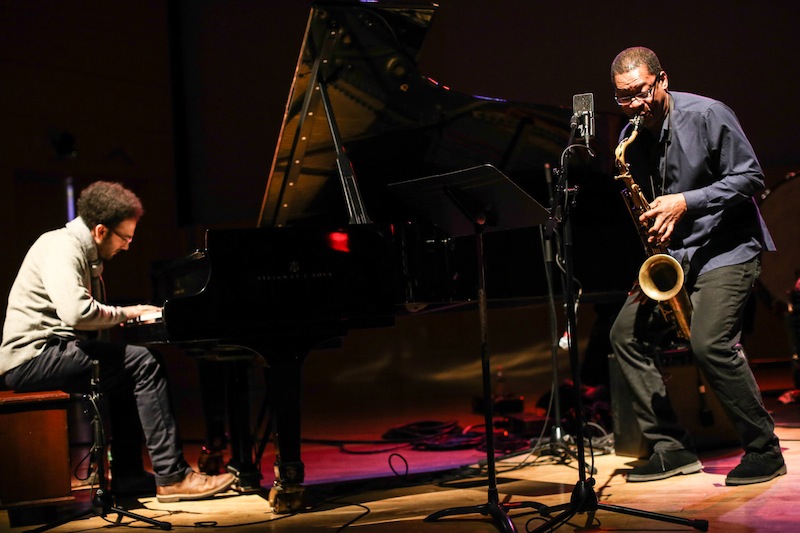 One of my favorite drummers in these past years, Marcus Gilmore, followed Louis with his “Actions Speak” project. Marcus managed to find his own voice when he was very young, something that many musicians work towards for many years. His mind and intellect shone through and enchanted the music lovers with the endless magic of music. If you ever run across Marcus somewhere, don’t forget to stop by and say hi, because this positive musician will warm you up with his smiles and humble attitude.

Winter Jazz Fest went by quickly this year, just like it did in all the previous years. I remembered how lucky I am as a musician and arts lover who lives in New York. It is an incredible experience for all those who live in New York or are visiting. I would recommend all musicians and music lovers who have the means to experience this festival.

As a defender of the theme of social justice, I wish the whole world just, peaceful and equalitarian days filled with arts and music.