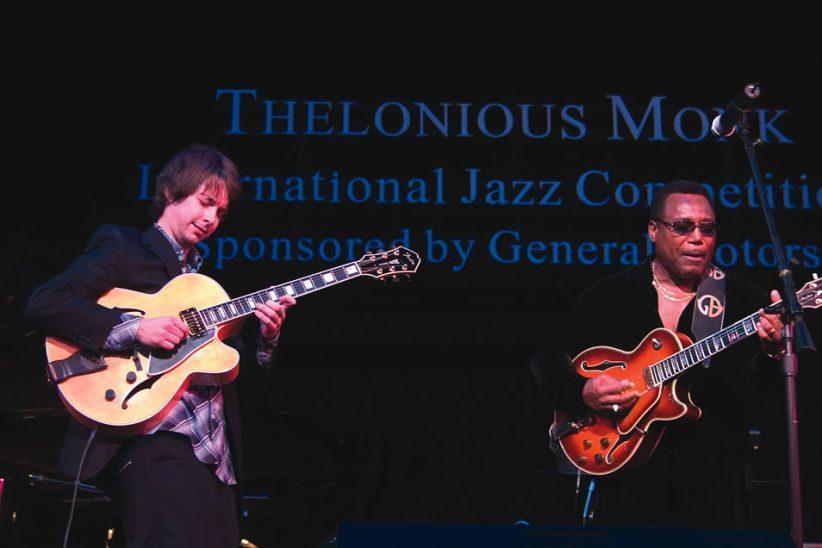 The Herbie Hancock Institute of Jazz has announced 12 semifinalists for its International Guitar Competition, to be held next month in Washington, D.C.

These 12 guitarists will converge in the semifinals on Dec. 2, at the Smithsonian’s National Museum of the American Indian. There they’ll perform for a panel of judges composed of notable guitarists, including Pat Metheny, John Scofield, Stanley Jordan and Russell Malone. (Tickets for the semifinals are free, but limited; they’ll be distributed at the National Museum of the American Indian at 11 a.m. on the day of the event, first-come, first-served.)

From this group, three finalists will go on to compete at the Kennedy Center for the Performing Arts on Dec. 3, as part of a gala concert featuring music by Hancock, vocalist Dee Dee Bridgewater, saxophonist Bobby Watson and many others. Also during the concert, the Hancock Institute will present its Maria Fisher Founder’s Award to trumpeter and composer Terence Blanchard, a longtime director of the Institute’s postgraduate college program.

The winning guitarist will receive $30,000 in scholarship funds, and a guaranteed recording contract with the Concord Music Group. Even more significant, perhaps, is the prestige of the title: past winners of the Monk Competition include major artists like saxophonist Joshua Redman, trumpeter Ambrose Akinmusire, and singers Jazzmeia Horn and Cécile McLorin Salvant.