24th Izmir European Jazz Festival, organized by Izmir Foundation for Culture, Arts and Education (İKSEV) with the contribution of Izmir Metropolitan Municipality, ended on Saturday evening with Ozan Musluoğlu’s “My Best Friends are Vocalists” concert that took place at AASSM Concert Hall. The most prominent names of Turkish jazz gathered on the stage for this unforgettable concert.

Bassist Ozan Musluoğlu was accompanied by Can Çankaya on the piano, Önder Focan on the guitar, Bulut Gülen on the trombone, Şenova Ülker on the trumpet, Engin Recepoğulları on the saxophone and Ferit Odman on the drums, as well as some of the best jazz vocalists of Turkey such as Ece Göksu, Su İdil, Sibel Köse, Ayşe Gencer, Orçun Sünear and the legendary İlham Gencer. 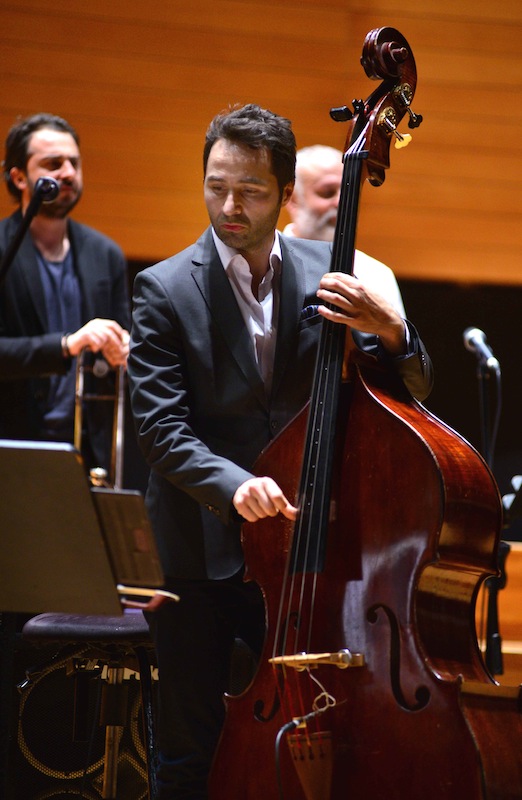 92 years-old vocalist İlham Gencer showed that he is well able to keep up with the young musicians, and he invited the audience for a minute of silence for Çanakkale martyrs and Mustafa Kemal Atatürk due to concert taking place on the 18th of March. Then he sang Çanakkale Türküsü with all the musicians and the audience. The group was invited back on the stage by ceaseless applause from the audience and drew the concert to an end by singing together “What A Wondeful World”.