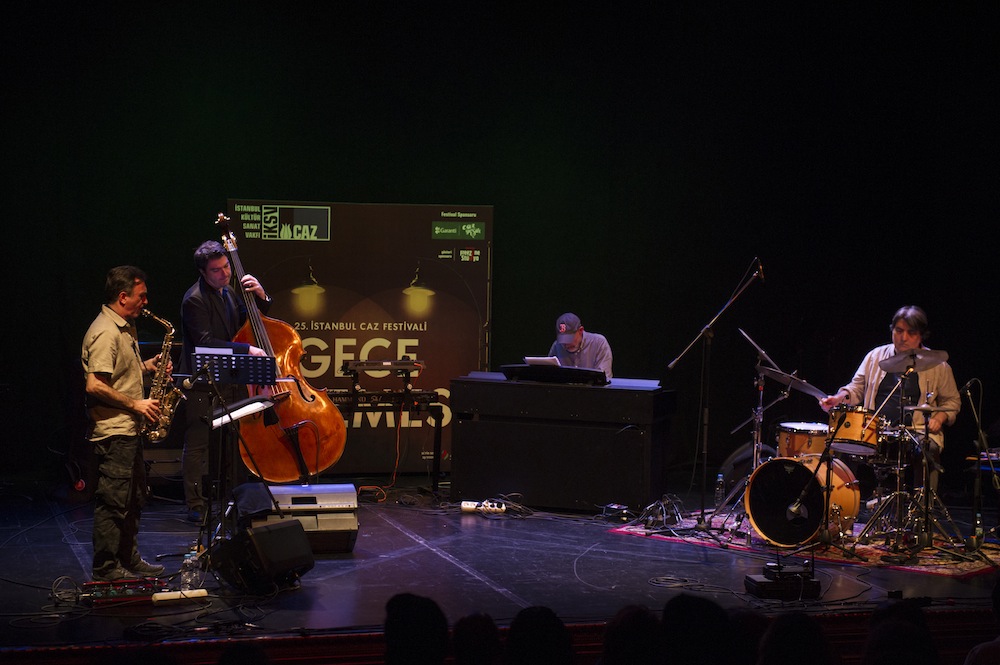 25th Istanbul Jazz Festival continues with an event that I have attended for this first time this year. This event is perfect for you if you wish to have an entire (or maybe not entire, because the participants of this Night Out event were more on the “and More” side of “Jazz an More” slogan) night filled with jazz in the peaceful streets of Kadıköy on a beautiful but rather humid and stuffy June evening.

‘Night Out’ is similar to a ‘Pub-Crawl’ event, which I have seen while I was traveling abroad and also in Istanbul in the recent years, but one that if filled with jazz. The idea of Pub-Crawl is to go to several night clubs within walking distance within an evening and be offered special promotions. One can start their evening at 21:00, stay at each place about one to one and a half hour and leave for home around 2:00-3:00. IKSV takes this idea further and presents an unforgettable experience for the festival goers with this event in which the participants are offered a single ticket in order to be able to attend many clubs in the vicinity of Kadıköy Osmanağa neighbourhood in Moda starting at around 19:30 until the late hours of the evening. The event simultaneously happens at Club Quartier, Moda Sahnesi, Bant Mag. Havuz/Bina, All Saints Moda Chuch, Baba Sahne, Moda Kayıkhane, Ağaç Ev, Zor and KargArt and music lovers can watch any concert they want in these participating venues or an entire concert at a single venue with a single ticket. 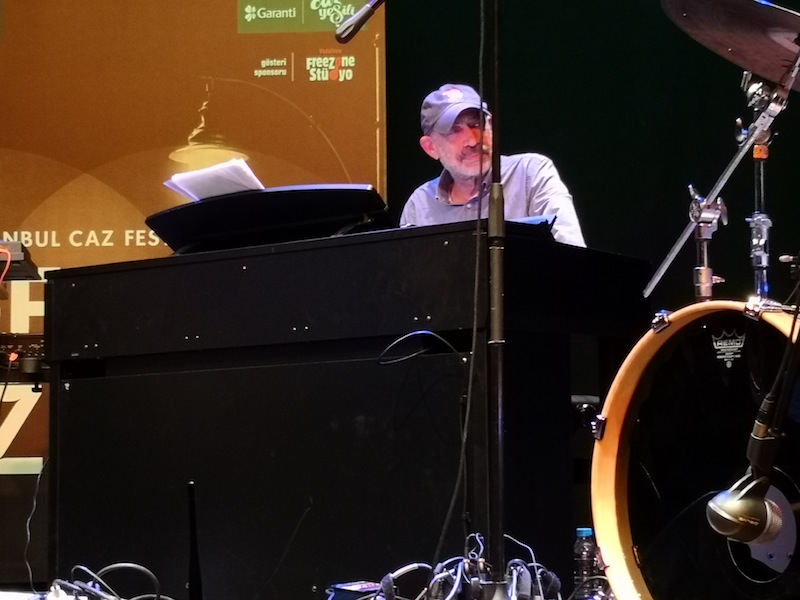 I chose Baba Sahne, which was the jazziest venue among the participants, befitting to the Jazz Festival, even though I only watched one concert. Baba Sahne was founded by the theater artist Şevket Çoruh’s personal efforts that lasted for 2 years, and the venue aims to offer a new excitement for Kadıköy’s and Istanbul’s cultural lives. It hosts events such as theater plays and cultural organizations in addition to concerts because of its suitable sound system and technical infrastructure. MadenÖktemErsönmez and Cenk Erdoğan also gave concerts here. The artists on its stage during Night Out were Selim Selçuk, Sibel Demir Quintet and Focan+ Bıyıkoğlu Organic Quartet.

Even though I had to travel a short distance to Club Quartier for my tickets instead of directly at the venue, I was able to find myself a front row seat. The band was great: Meriç Demirkol on the alto saxophone, Kağan Yıldız, who replaced Matt Hall for the evening, on the double bass and Ali Perret on the piano. Selim Selçuk confidently walked to his drum set and gave an incredible experience that those who are familiar with the drums like myself could learn from from the first piece to the last by sharing all of his excitement, stress, happiness and peace with the members of the audience. The concert started with “Asian Princess” during which the stable but efficient groove of the double bass paired with the saxophone in the foreground and the evening felt like a solid one at Village Vanguard. The second piece was “God Bless The Funk” and the piano and the bass were in the groove once more as Selim Selçuk and Meriç Demirkol got ahold of the reins and set the evening on fire. Selçuk introduced Ali Perret as his “real family” and their pieces together go back to 1987. Selim Selçuk suffered a brain haemorrhage in 2015 which resulted in a problematic couple of years in physical therapy. Even though he cannot use his left side as well, Selçuk made it look like he wasn’t suffering at all during his performance after a 9 years-long break (except for his mini percussion projects) as he so humbly explained to the audience, who in return excitedly started applauding. “Umut” is a ballad that started with Kağan’s bow movements and one of my favorite two pieces in the concert. I wished they had kept the solos longer. The evening came to a close with “My Blue Heaven” after “Jimi”, dedicated to Jimi Hendrix’s rendition of the American national anthem “Star Spangled Banner”. This piece took shape in Selçuk’s head as he was walking home after a Sonny Rollins concert at Village Vanguard and is a respectful nod to calypso. Hearing the members of the audience humming My Blue Heaven in the foyer and outside of Baba Sahne was one of the happiest experiences of the evening. 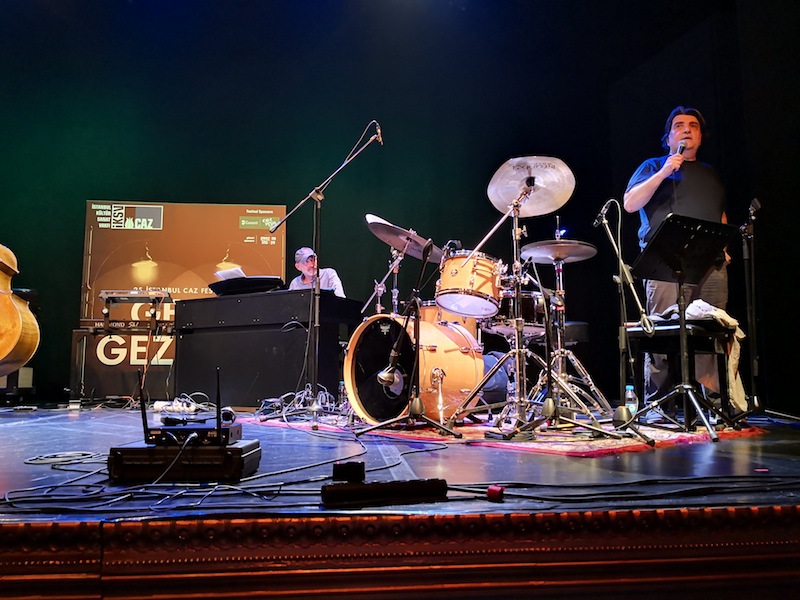 I think Selim Selçuk aced his first big exam with his performance at Baba Sahne. Let’s get ready, the rest of the concerts are about to happen!