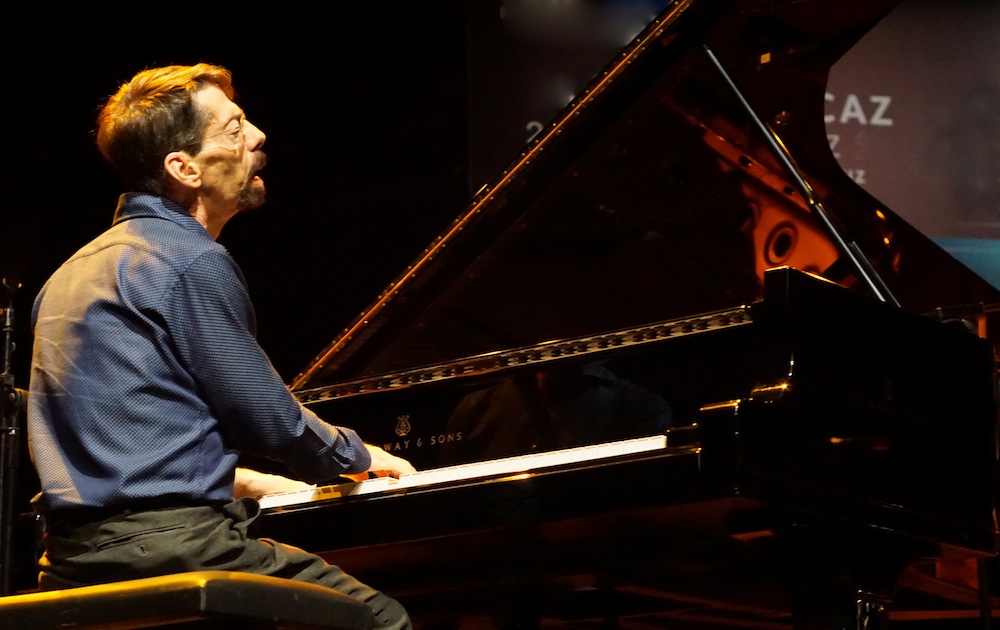 25th Istanbul Jazz Festival presented one of its most anticipated 3-4 performances along with the opening concert at Zorlu Performance Arts Centre last evening. We have been waiting for Fred Hersch Trio with great anticipation and curiosity ever since its announcement and they greeted us in Istanbul on this very special evening. Considering that there was a Shakira concert at Vodafone Park, Julian Lage Trio in the hall across at Zorlu PSM a few hours ago and Kağan Yıldız & Can Çankaya concert at Nardis at the same time, Istanbul audiences weren’t short for choices that evening. Even though Zorlu PSM – Turkcell Platinum Drama Stage wasn’t sold out, it was hosting an evening for those who wish to listen to genuinely great music.

The listeners can get caught up with Fred Hersch and his current band through listening to Palmetto’s 2012 release “Alive At the Vanguard”, 2014 album “Floating”, 2016 album “Sunday Night At The Vanguard” and this year’s “Live In Europe”. Hersch introduced his bandmates, with whom he has been playing for 9 years, before they started playing the first piece: John Hébert on the double bass and Eric McPherson on the drums. We got to our front row seats with my Jazz Dergisi colleague Sanat Deliorman and my wife and we let ourselves go in this unforgettable, crystal-clear experience for 1-1.5 hours. 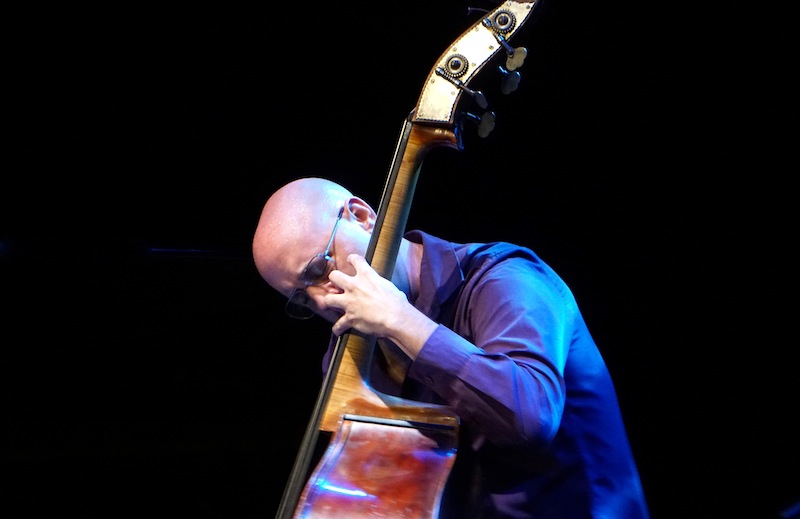 I managed to catch these pieces during the first concert of the Europe leg of his “Live in Europe” album tour from the titular album (if my ears do not deceive me): “Snape Maltings”, “Scuttlers”, “Skipping”, “Bristol Fog”, calypso-influenced “Newklypso” dedicated to Sonny Rollins and “Big Easy”. It is well known that Fred Hersch is a Thelonious Monk lover who always makes references to Monk in his every performance, and he did not forget this tradition of his during this particular concert as well. Hersch included “Blue Monk” in his live album and he bid us farewell with an amazing rendition of “Round Midnight”. He wasn’t indifferent to the never-ending applause and played a Billy Joel classic called “And So It Goes”. This evening filled with jazz came to an end with new dreams in our heads which we will try to realize in the future.

The trio gave their audiences a performance almost like a lesson or two about improvisation throughout the concert, laying their personalities and emotions bare on the stage. It was an incredible experience to watch the trio displaying their personal talents without losing their common frequency or losing the piece’s form while presenting their music to the audience without losing their focus during pieces that emphasize improvisation like “Snape Maltings”, just like what Cem Aksel taught me during a lesson “musicians feeling as free as they like without losing the form of the piece”. I need to make an emphasis on another detail: After watching one too many pianists locally, abroad and on the internet who play medium tempo, up tempo pieces and even ballad violently, I think Fred Hersch, along with Keith Jarrett, are unique in a sense that they can make such a delicate instrument as a Steinway sound incredible even “without touching” the keys, recreating the concept of touch. 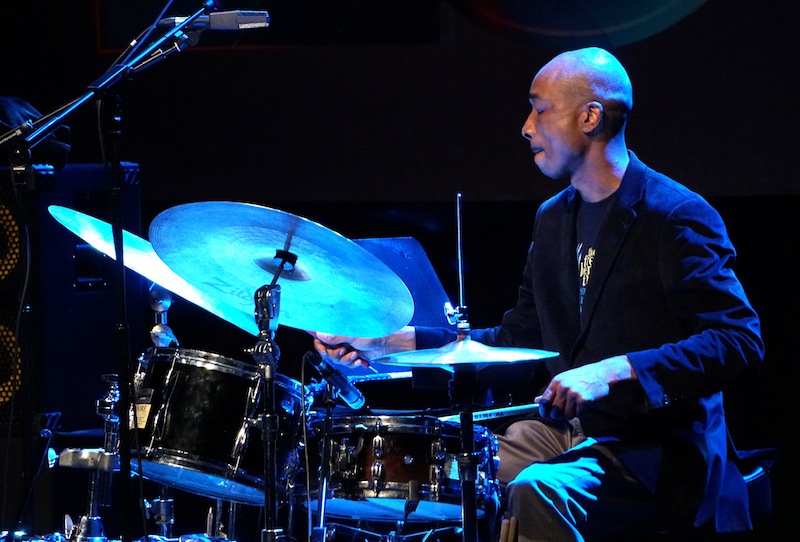 25th Istanbul Jazz Festival will continue for 4-5 more days and it will come to an end with the “rock legend” Robert Plant’s performance, appropriate to a jazz festival and the genre itself, just like the festival’s TV ads suggest. I think The Fred Hersch Trio’s concert was the final “Everest’s summit” for those who wish to experience real jazz during the festival. Kağan Yıldız and Can Çankaya, two of the best jazz musicians in Turkey, are like family members to us now and we listen to their duo album “Timeless” with great enthusiasm while being able to grab front row seats to their concerts. I applaud those who chose to attend the concert at Zorlu PSM last night among the alternatives, but I cannot help but say that those who chose to attend the Shakira concert at Vodafone Park missed out on an incredibly evening of music.

I don’t know when Fred Hersch will visit Turkey again but I suggest you listen to his “Plays Jobim” album which includes Antonio Carlos Jobim compositions in addition to all the albums I mentioned in this article or read his biography called “Good Things Happen Slowly: A Life in and Out of Jazz” until that day.

IKSV’s 25th Istanbul Jazz Festival is over for me. See you at the upcoming concert and festivals!