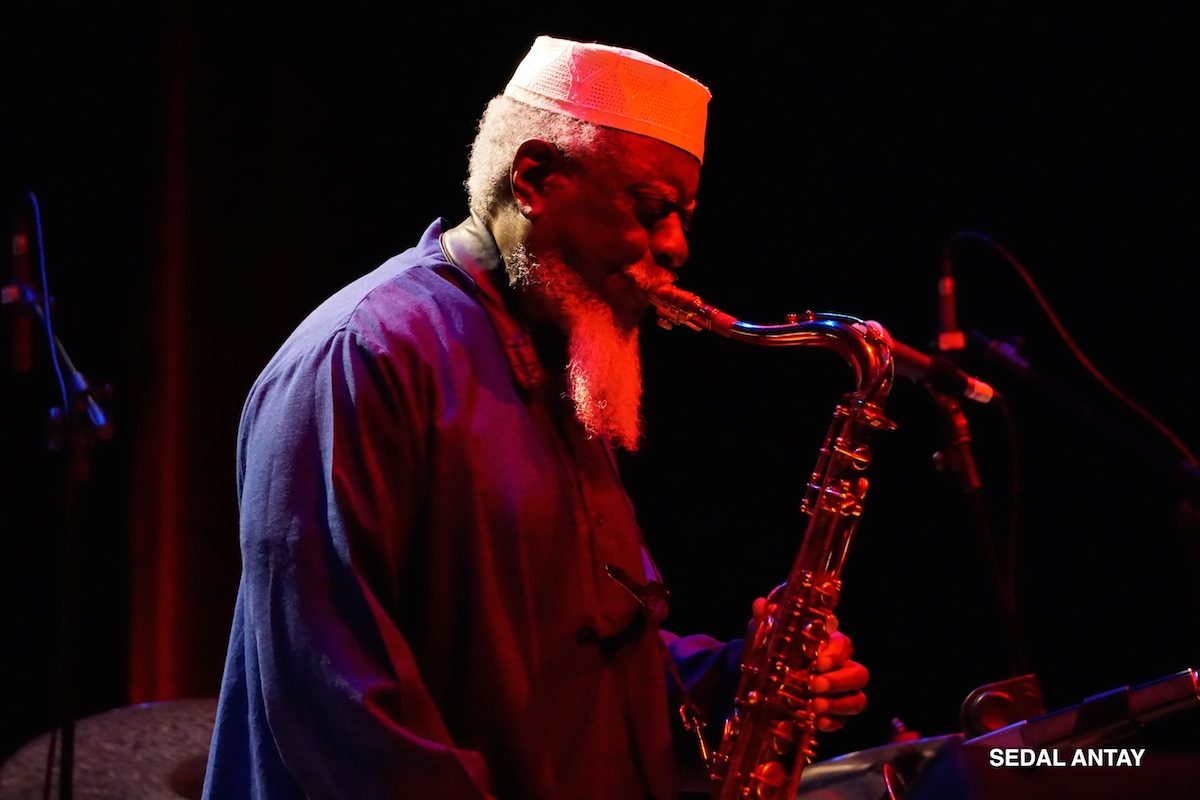 1965 is a year that represents a lot of different things to a lot of different people; it is accepted to be the year when big changes and revolutions happened in the history of music. During the summer months, Bob Dylan, who was known so far as a folk singer, makes his way towards “electric” at the Newport Folk Festival and steps on the stage with his Fender Stratocaster. The audience wildly booes him, and just a month later he tells the audience that the acoustic mentality has started to move towards a more electric one by releasing his ‘Highway 61 Revisited’ album and its first single “Like a Rolling Stone”. An example that draws attention to the idea of change…

Miles Davis has been influenced by and has worked with electric to some small extent at this point, but he has just released his first Columbia album “E.S.P” with his second quintet, which consists of Wayne Shorter, Herbie Hancock, Ron Carter and Tony Williams, and he still has 3 more years to completely delve into electric music. 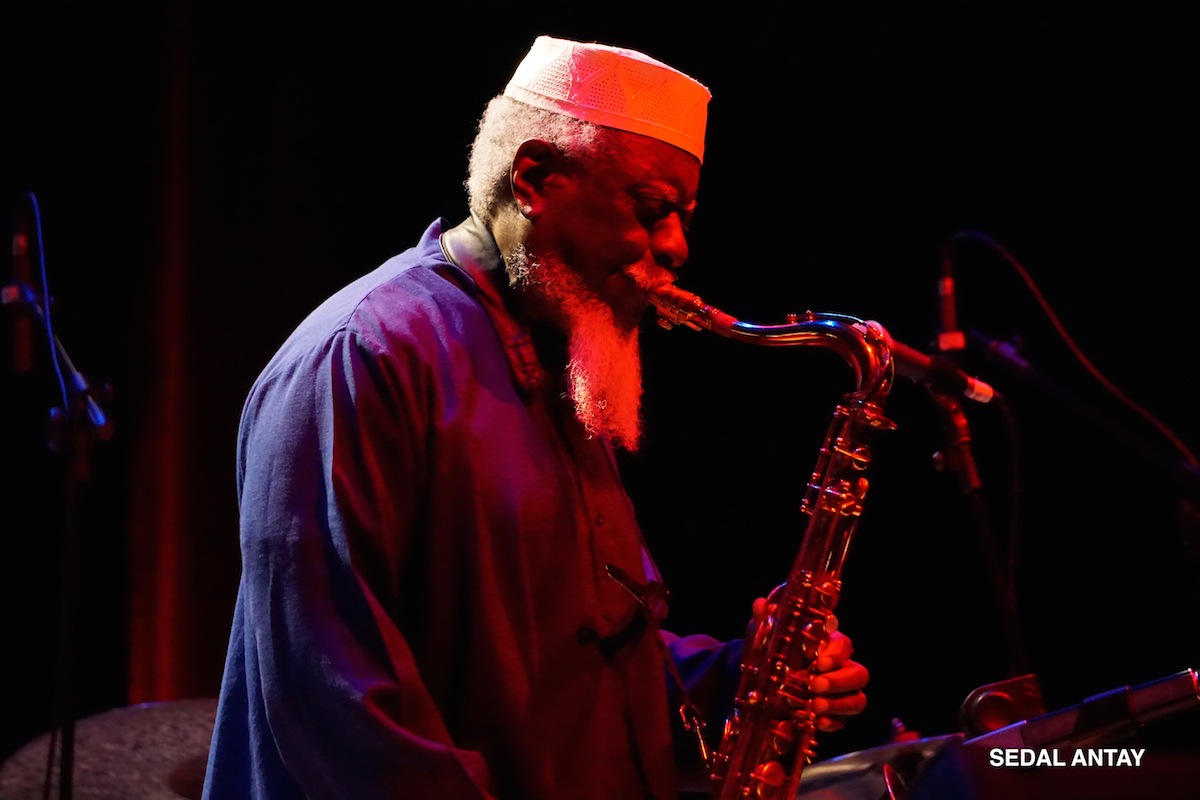 The same year, during the 7th Grammy Awards, Stan Getz and João Gilberto‘s joint project the bossa nova masterpiece “Getz/Gilberto”, released through Verve, receives the awards for “Album of the Year” and “Best Instrumental Jazz Performance – Small Group or Soloist with Small Group”, and “The Girl from Ipanema” with Astrud Gilberto’s vocal receives “Record of the Year” award. The fact that a jazz album had received the award for the best album of the year, when Bob Dylan and Beatles were so popular, is an interesting example of the varied nature of music.

While jazz is moving towards the different directions as mentioned above, John Coltrane takes the important steps that makes 1965 the important year it is. He combines the tradition that has been passed down for years with modal jazz, avant-garde and hard-bop, as well as with “spiritual thought” and records his magnum opus for Impulse!; “A Love Supreme”. Standard timed jazz pieces that are 5-6 minutes long do not satisfy Coltrane anymore, who is known for his long solos during his concerts. He breaks through his own boundaries, and follows Ornette Coleman’s example, who founded a new movement 5-6 years prior by starting to play 15-20 minutes long solos. Coltrane adds 2 tenor saxophones, 2 alto saxophones and 2 trumpets to his quartet, and records “Ascension”, which has maybe reshaped free-jazz as we know it, for Impulse! the same year. Pharoah Sanders is maybe the most important tenor sax player who has worked with Coltrane for his 10 Impulse! albums before the legend passed away. 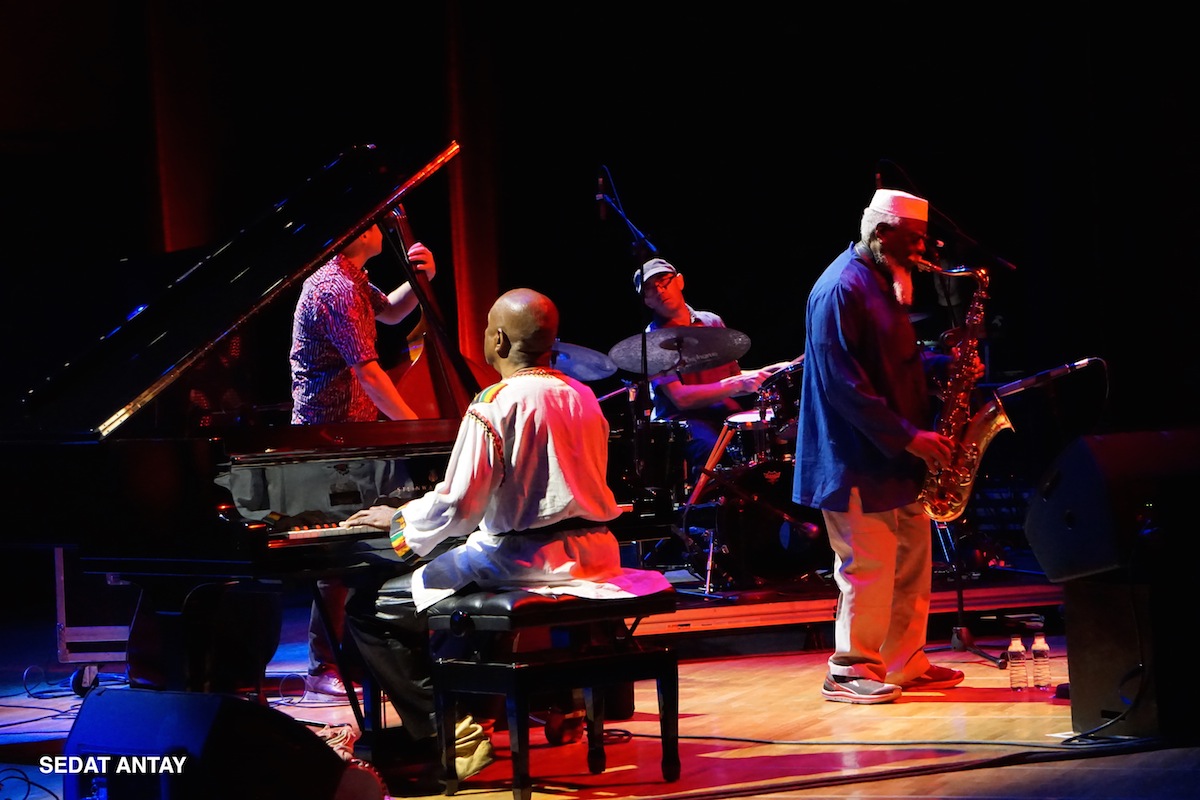 We can accept Pharoah Sanders as one of the most important representatives of the kind of jazz music that has started in 1965, and possibly one of the most important names when the world-wide changes in music is concerned. He takes over the free-jazz and avant-garde jazz movements, which has started with Ornette Coleman and then continued on with John Coltrane, by working with musicians like Coltrane’s wife Alice Coltrane, Archie Shepp and Don Cherry. His breakthrough comes with “Karma”, which he has recorded for Impulse! in 1969. He plays the harsh notes of free-jazz without any problems until 1979, and then changes his inclinations in jazz when disco music takes its rightful throne and the hippie power noticeably lessens. Pharoah decides to go back to the roots, and follows the traditionalist example of his friend Coltrane. However; spirituality and the influences of avant-garde jazz can still be felt during his concerts.

I unfortunately couldn’t see Sanders perform when he came to Turkey in 2014 and gave a concert with  William Henderson on the piano, Oli Hayhurst on the double bass and Gene Calderazzo on the drums in İşSanat. However; as a lucky music lover, I was able to attend his performance with these same musicians in Cemal Reşit Rey Concert Hall on the 16th of October during the 26th Akbank Jazz Festival. I improved my knowledge by listening to jazz musicians with classical music backgrounds (Miles Davis Quintet, Horace Silver, Sonny Rollins, Bill Evans) when I first took interest in this genre, I was worried that the concert would go in a more avant-garde jazz/free-jazz direction. Nevertheless the concert started with classic jazz sounds from the hands of a legend, and it was incredible. Sanders walked on the stage with slow but sure movements, and gave more than enough space for his bandmates to be able to express themselves through their solos, and watched the creatives outcomes while his eyes expressed the peace state of mind he was in. Istanbul audience was enchanted by the fact that they were watching such a legend perform live in front of their eyes. 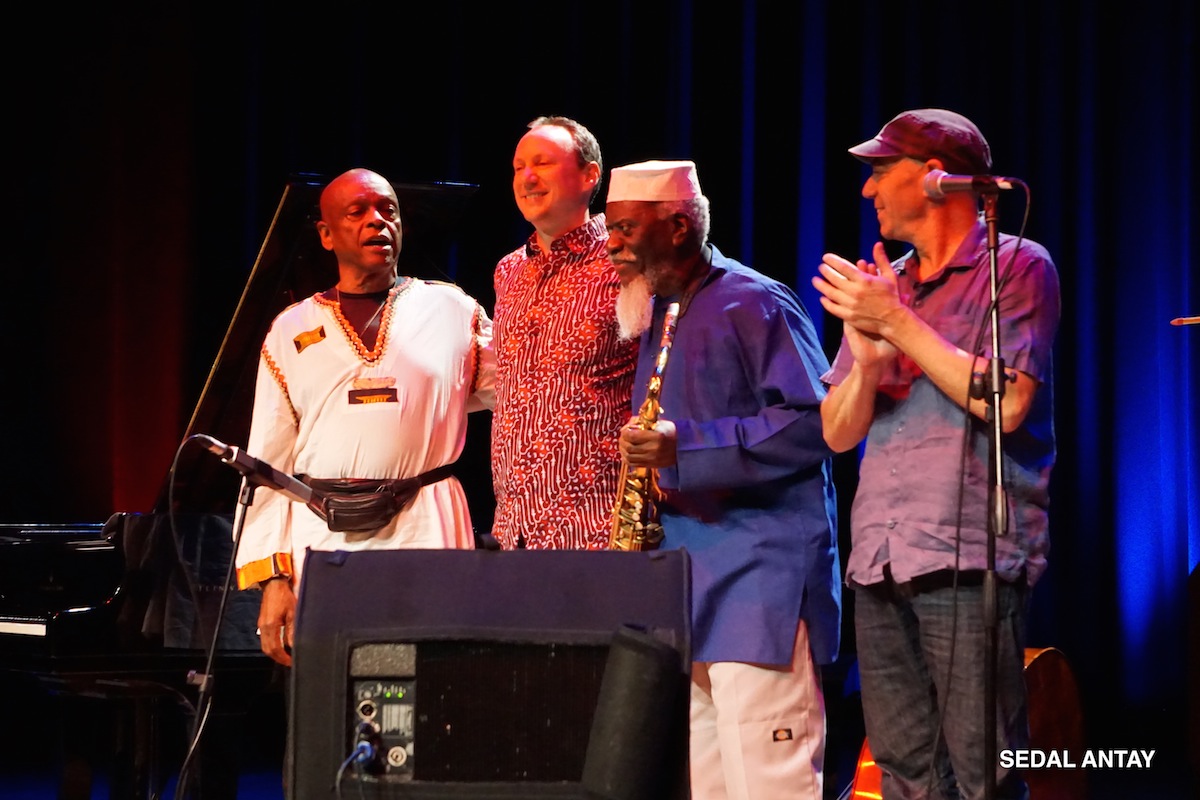 The band referred to Coltrane quite frequently (like Oli Hayhurst’s bass walks during “A Love Supreme – Acknowledgement”) and played two of his pieces. One of them was the Frank Loesser composition “Say It (Over and Over Again)”, which is one of the best 2-3 pieces from the Impulse! album “Ballads”, one that I have listened to frequently when I was getting to know Coltrane. The other was “Giant Steps”, which is the opening piece of the album with the same name, which is one of the best 2 or 2 albums he has released through Atlantic. It was great to listen to ‘Say It’ from Pharoah’s powerful blow, but what was most surprising was that instead of doing a “sheets-of-sound” type of solo after his usual intro during  ‘Giant Steps’, Pharoah stepped away and let the band do all the passages. The piece almost turned into one by Tommy Flanagan due to the dominance of the piano, and we were able to find that sound we were looking for during the final. However; I prefer listening to this piece from Kerem Görsev Trio and Ernie Watts trio instead.

Sanders, who has been gifted to the music world by Coltrane is still a follower of the legend’s teachings. This performance of his most well known and loved Impulse! album “Karma” had Eastern influences, and religious/spiritual concepts intertwined into the music, and successfully made its way to the audience.

The performances of the opening piece of this 2-track album and the 30 minute masterpiece “The Creator Has a Master Plan” reached us with Pharoah Sanders’s screaming vocals with the contributions from the audience.

I have heard that legendary Pharoah Sanders, who received a standing ovation after his performance at CRR, doesn’t have a habit of giving autographs or taking photos with his fans, but the long line formed by the eager members of the audience after the concert pointed out to a delightful ending to this concert.

The music lovers who weren’t present at this concert by Phaorah Sanders Quartet missed out on an unforgettable evening filled with proactive and strong performances of William Henderson on the piano and Oli Hayhurst on the double bass, and drummer Gene Calderazzo’s swinging and his incredible control over the brush.