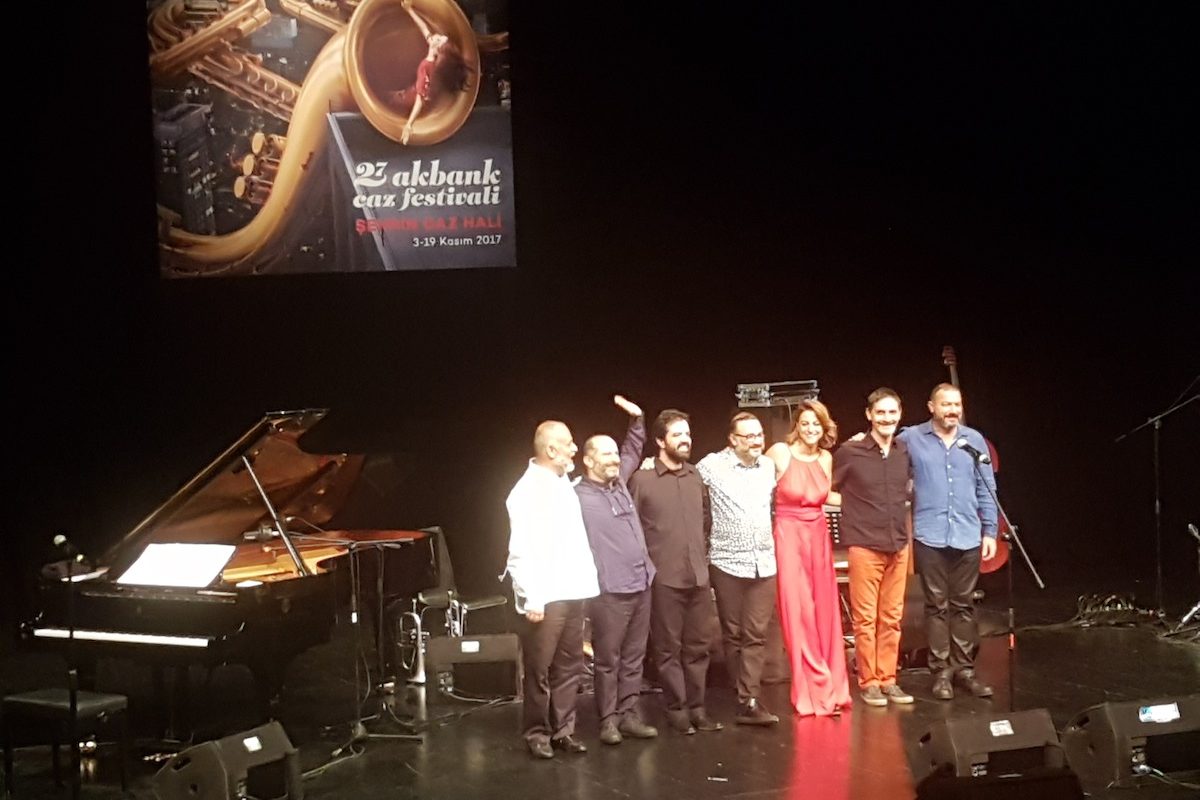 I have always mentioned in my previous articles how special and beautiful it is to experience something for the first time. I have always paid extra attention to internalize my every experience and to relay them to others so that they can benefit from them as well. We have been introducing you to the beautiful and the valuable for years as a magazine/portal after all. However, this time the situation is a little different.

This time, I won’t tell you “There was such a concert, they played this and that, these were great” or “This musician’s solo was amazing”, but instead, I will also tell you about how unlucky the people who sat at home watching period dramas rather than coming to this concert and sitting in the numerable empty seats I could count missed out on.

“Kemenjazz”, as could be predicted from its name, is a project of Baki Duyarlar’s which focuses on one of the most successful traditional kemençe (a string instrument) players in our country, Derya Türkan. This project could teach a thing or two to a generation which grew up with “Jazz? No, thank you!” mentality. The flow and productivity of this project is supported by Derya Türkan’s wife Dilek Türkan on the vocals, Cem Aksel on the drums, Erdal Akyol on the double bass and Şenova Ülker on the trumpet. Harris Lambrakis, a ney player from Athens, joins them for this concert as a great surprise. I think it would be fitting for them to keep on making their music without breaking their connection to Harris.

Jazz was an acoustic genre until the mid-1960s in its steps through the musical evolution, and then proceeded to become more ‘electrical’ with the influence of the ‘flower child’ generation and Miles Davis’s own initiatives, giving birth to a new movement called “Fusion” in barely 10 years’ time. The manipulation of the electric guitar through various pedals, the slap technique on the bass guitar and the rhythm section of the band keeping up with these changes drew more attention to fusion and helped creativity among musicians improve even further. I don’t think it is necessary to mention where music was headed in Turkey during these years… 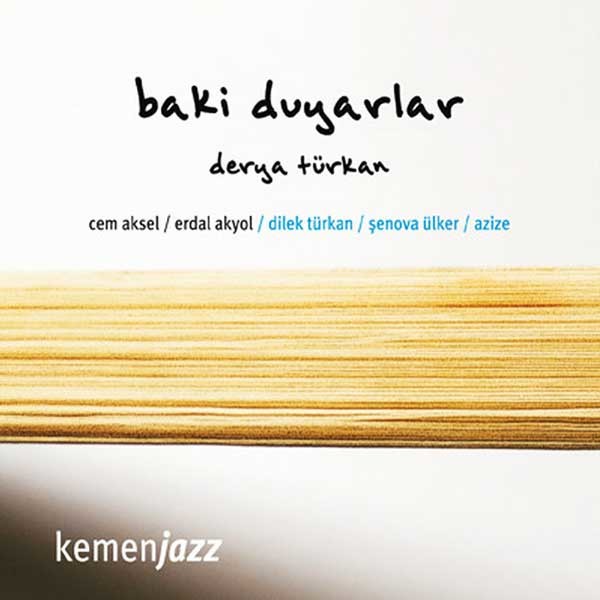 If fusion is “two light elements fusing together through a nuclear reaction to make up a heavier element” (this is how its meaning is explained in books) and if we have been looking for an answer for the question “What is real and pure Turkish jazz?” for years; here is Fusion music firsthand, here is Turkish Jazz real to the core!

This special evening was to take place at Caddebostan Cultural Centre – CKM, whose atmosphere and sound systems I have always admired and which has hosted countless concerts such as Kerem Görsev Trio, Ferit Odman – Dameronia With Strings. They gave many concerts abroad after the release of their album, I don’t remember them giving as many concerts in Turkey. We can question whose fault is that together afterward.

We bought our tickets in a timely fashion, the concert is about to start, the lights turn dim. We hear the announcement to turn off all mobile phones and sound recorders, even though we clearly do not abide by this, and we let ourselves go in the alchemy of Kemenjazz. Their “Kemenjazz” album was released in 2012 through Ada Müzik and this was the first concert I was able to catch. So this enchanting evening was a pure ray of luck for me!

Baki Duyarlar is one of the most “established” musicians I have had the honor of meeting.Without even putting a finger on the piano he has so many stories to tell about life, and not only music, that would be a great learning opportunity for us! In addition to being an orchestra conductor, the way he signalled what he was about to do with his pair of batons with subtle eye movements in the most harmonious moment, and how he ‘tamed’ those crazy choruses were some of the most interesting moments of the concert. There could be many more pages written on the creativity of the Kemenjazz project, and many conversations to be had. Maybe there will be a thesis written on it at Columbia University one day, who knows?

Derya Türkan, along with Süleyman Erguner and Murat Aydemir, is one of the musicians who made me really like “Turkish Music”. We could say the history of traditional kemençe goes back to Ottoman era, or maybe even older periods, but I think Derya Türkan is the one who introduced this instrument to our generation, a musician who knows what stories the sound of kemençe tells the best in Turkey.

Cem Aksel; imagine speeding through a crowded road. A beautiful girl walks past. You stop and stare after the girl. She is really pretty; and she stops in that moment, takes a subtle look around, and the continues to walk. All the other people’s movements seem to be on slow motion in that second and you find yourself in the “aura”, the effect that beautiful girl has on you. This is how delicate, smooth and perfect Cem Aksel’s performances are… I got to listen to him in Bülent Ortaçgil’s “Eski Defterler” album for the first time. 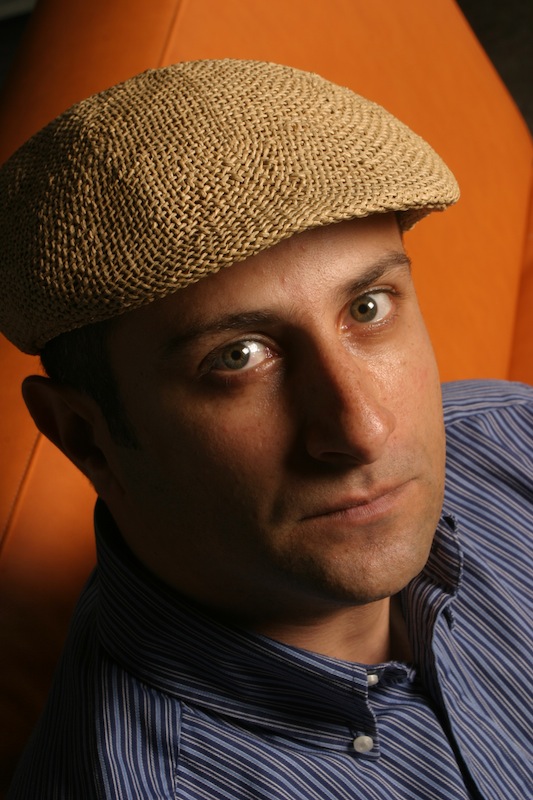 Dilek Türkan; I think people have cast a shadow on her for a long time, asking “Are you talking about the old vocalist of İncesaz, the one with red hair? That Dilek Türkan?”. Dilek Türkan, who I believe she is one of the best 5 vocalists raised in Turkey, is no longer the vocalist of İncesaz as of 2017, but has found her own vocal range, her own music and quality among many of peers with her 2015 album “Suya Söyledim” and performances. I don’t shy away from explaining these facts to people who claim otherwise! Those who think otherwise can listen to Dilek’s vocals in Refik Fersan’s “Düştü Enginlere Bir İnce Hüzün”, a piece written in Segâh makam, during the Kemenjazz performance.

I got to know Erdal Akyol and Şenova Ülker through Önder Focan’s “36mm Biometric” album which he released through AK Müzik, and followed the projects of these musicians ever since. It made me happy to see these two musicians as members of this project. They brought the level of performance and the enthusiasm of the audience’s applause to a higher level.

The musicians step on the stage one by one through the applause, the pieces start coming one after the other…

Dilek Türkan steps on the stage after the instrumental pieces, and does what she loves and gives the gift of an unforgettable evening to the members of the audience. With the band or as a duo with Baki Duyarlar…

The last piece of the concert is “Velespit”, one of the most complex pieces I have listened to recently which will be in Kemenjazz’s second album. Duyarlar says “We tried to play this 15 times during the rehearsals, only to fail, but now we are ready to play!” The rest is as could be imagined; applause that lasts for minutes, and then waking up from a happy dream…

The project could be pronounced as “KemenCez”, but I prefer to pronounce it as “Kemencaz” in different situations, or you can give the project a name of your own liking after listening to the album hundreds of times (the album leaves such a beautiful after taste in the mouth after listening to it once, you want to take another bite out of this Turkish delight).

My personal hope and wish is that Baki Duyarlar transforms Kemenjazz from an album name or a project to an established band, just like Ediz Hafızoğlu evolved ‘Nazdrave’ from an album to a band status. This is because Kemenjazz is a band which comes under the control and responsibility of the listener as they listen and the musicians as they play. It is a band which can improve and enrich themselves in the musical sense with ease.

There is a sentence I particularly like in Sabahattin Ali’s novel “Madonna in a Fur Coat”: ‘I hadn’t realized that the amazing things we have in our minds is never possible in life.’

It is true. I don’t believe such amazing things are possible in life until one listens to Kemenjazz.

How incredible it was to pass on the period drama and be a part of this beautiful dream!