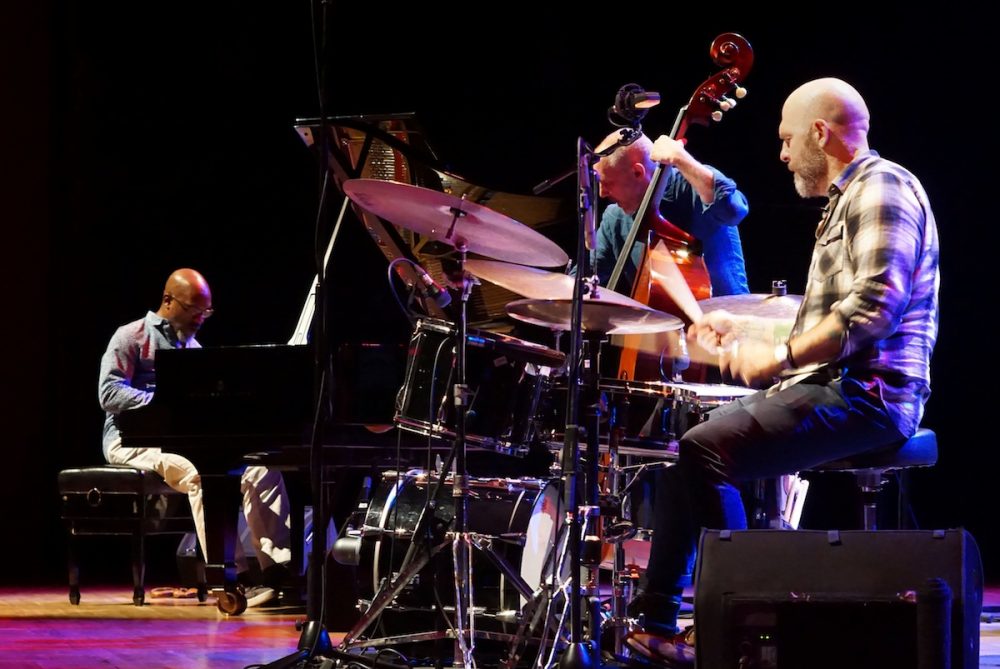 The Bad Plus, a band who established their own language among other trio music, was one of the guests of the 28th Akbank Jazz Festival this year. CRR hosts this band worthy of its reputation. The tickets are all sold out and it is a full house. Being sold out is appropriate for a band like The Bad Plus.

The band recorded “Never Stop II”, their 13th studio album, with their new pianist Orrin Evans and of course they are touring together. Trio music has a special place in jazz. When we take a glance at history, we see that legendary pianists like Bill Evans, Oscar Peterson and Keith Jarrett as well as many others have held trio music above others with their albums and live recordings. Trio music is transparent and there is nowhere to hide in it. It is almost like a “battleground”. Every move starts becoming personal in this music. Just as all the musicians sign their names through their music; the collective music created becomes a shared signature in itself. The change of players in such a situation will have a deep impact on the music. Especially if this musician in question is the pianist, but Orrin Evans adapted well to the music of The Bad Plus with his dynamic spaced wide touch, technique and musicality, occasionally even directing the music.

Another specialty of the band’s music has such a dynamic range that it starts out with a style that is transparent, light and flowing like water and then proceeds to an aggressiveness that is like warriors battling an invisible enemy. 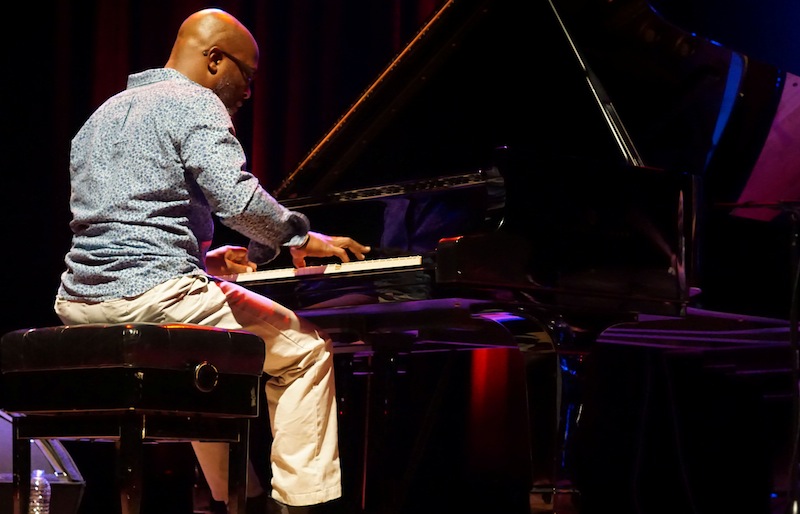 The concert, which started with a fluid texture as Dave King became a giant behind his drum kit and started leading in a dynamic manner. The texture became denser and became a collective improvization session. Every single member of the band had to listen to the others well and lead his own musical ideas cleverly and they did so marvellously if I may say so myself. After all, isn’t jazz music all about listening carefully? Even when talking…

The band’s music is rather theatric at its fundamentals. The rhythmic or melodic passages, which sometimes changed rather harshly, gave me the impression of a leitmotiv. The way the band builds up their music can become a long crescendo of the rhythmic motive that keeps repeating persistently (with a minimalist attitude).

These three musicians who took their job seriously started to became three mischievous children as the concert announcement was made. The musicians added a musical notes at the end of their names as if to take advantage of the moment while double bass player Reid Anderson introduced the members. The band lived through music and made their introductions in music as well. These three who grow and expand on the stage with their music should be fun people as well. Especially drummer Dave King’s face frequently smiled during the performance. It seems that some pieces have inside jokes because they keep glancing at each other and smiling while announcing the titles of these pieces. 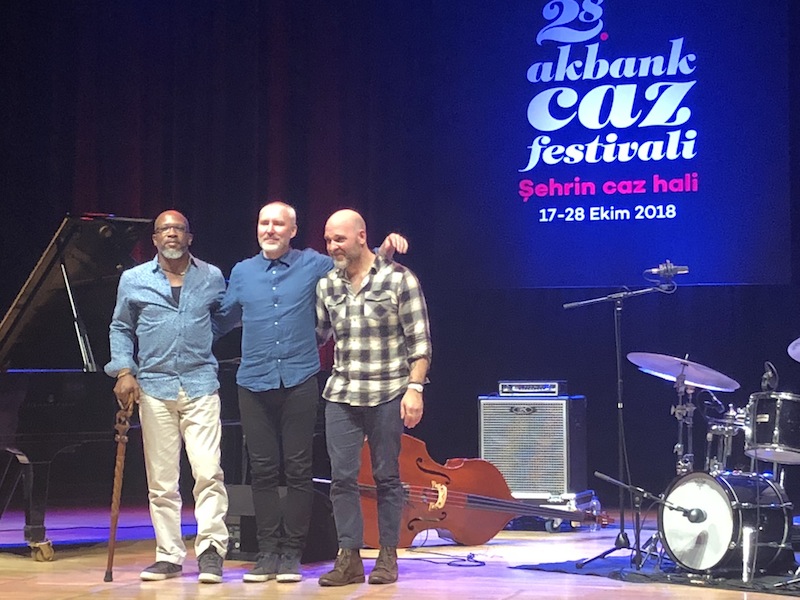 Maybe rhythm means everything for The Bad Plus. The pieces were like variations on rhythmic sentences that follow each other. The main source that shapes the musical ideas and grouping seems to have stemmed from rhythmic cells. They kept these in control even though sometimes these sentences had harsh transitions between one another.

Drummer Dave King was the star of the evening for me. He received much acclaim from the audience with his solos that brought us back to life. Bassist Reid Anderson managed to keep the musicians in check as if they had invisible strings attached with his timing and glances. My esteemed mentor Emin Fındıkoğlu calls double bass a “stringed drum”. He is right in doing so. The double bass is rhythmic, harmonic and melodic when it needs to be. Therefore the double bass was the reference point for the other two musicians. There are no leaders in The Bad Plus but it was Reid Anderson who occasionally put the band in order.

We didn’t realize how the time passed while listening to The Bad Plus and we craved for more. I hope they visit Turkey again and we will meet them once more.

Thank you The Bad Plus…