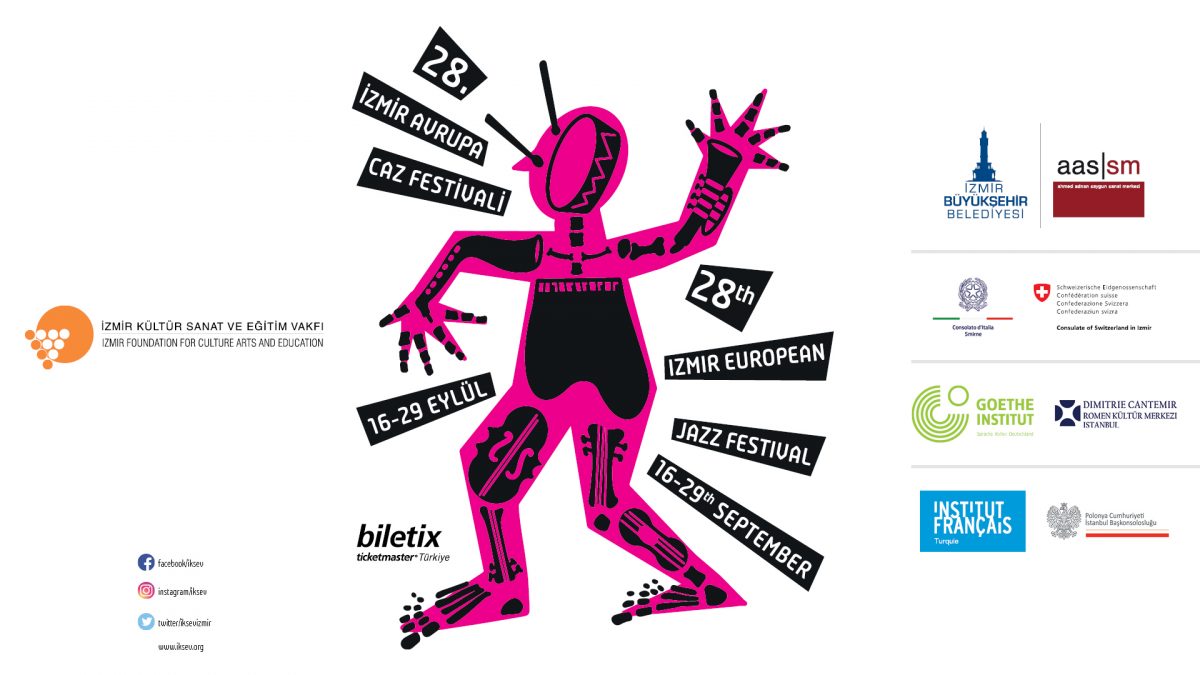 28th Izmir Europe Jazz Festival, organized by Izmir Foundation for Culture, Arts and Education (İKSEV) with the support of Metropolitan Municipality of Izmir, will take place between 16-29 September 2021.

The festival is organized in cooperation with Italian Consulate in Izmir, Switzerland Honorary Consulate in Izmir, Goethe Institute in Izmir, Institut Français Turkey, Consulate General of Poland in Istanbul and Honorary Consulate in Izmir. The festival started with “Jazz in the Streets” Turkish Jazz Band concert on the 16th of September 2021 Thursday at 21:00 in Gündoğdu Square. This was followed by “Carlo Lomanto – Blues in my Soul” on the 17th of September 2021 Friday evening at AASSM Open Air Theater. The winners of the 19th Jazz Poster competition received their certificates. The selected posters will be displayed at AASSM Open Air Theater throughout the duration of the festival.

Turkish Jazz Band has been formed specifically for the Izmir European Jazz Festival, which will be held for the 28th time this year, organized by the

Turkish Jazz Band, created by Kenan Gökkaya as General Art Director and Hikmet Çokağır as Art Coordinator, will employ the concept of “JAZZ ON THE STREET” at the 28th Izmir European Jazz Festival organized by the Izmir Foundation for Culture, Arts and Education. The concert will be open to the public and free of charge, on September 16, 2021, at 21.00 on Alsancak Gundogdu Square. Turkish Jazz Band will perform the following rich repertoire encompassing the wide range of styles in the development process of Jazz music.

Vocalist, guitarist, composer and teacher, Carlo Lomanto actively teaches Jazz Vocals at Salerno Conservatoire. He presented his 8th album “Blues in my soul” on the 17th of September 2021 Friday evening at AASSM Open Air Theater. The concert took place with the cooperation of Italian Consulate in Izmir and showcased the detailed scat technique Lomanto has developed over the years. Lomanto was accompanied by Mario Nappi on the piano and keyboards, Aldo Capasso on double bas & electric bass and Dario Guidobaldi on the drums.

A musical journey with Crosswinds

Crosswinds project features legendary percussionist and drummer Okay Temiz and talented musicians from France, Hungary and Switzerland. The concert will take place on the 21st of September Tuesday evening at 21:00 at AASSM Open Air Theater with the support of Switzerland Honorary Consulate in Izmir. The musicians who will accompany Temiz with their original compositions, solos and duets are Philippe Ehinger (bass clarinet and clarinet) Yannick Barman (trumpet) François Lindemann (piano) Matyas Szandai, (double bass, electric bass) and Cyril Regamey (drums). 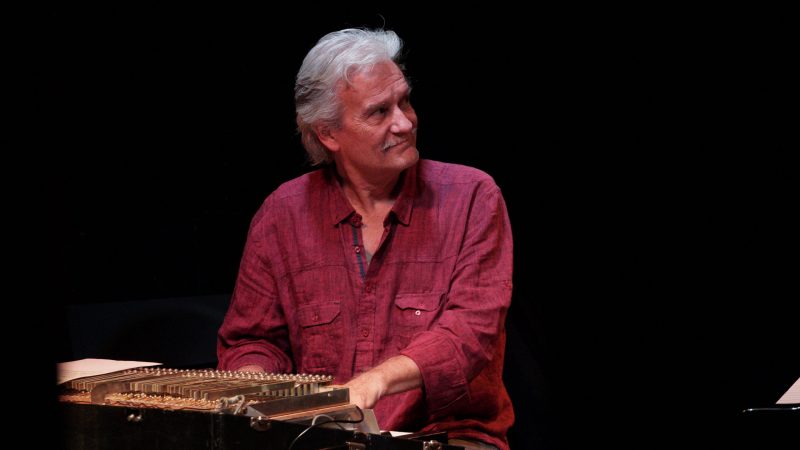 Eva Klesse Quartet features Evgeny Ring (alto saxophone), Philip Frischkorn (piano), Stefan Schönegg (double bass) Eva Klesse (drums). Their concert will take place on the 22nd of September 2021 Wednesday at 21:00 at AASSM Open Air Theater with the cooperation of Goethe Institute in Izmir. The quartet proved their success during many festivals and concert tours following their second album Obenland. They will be giving a workshop at IKSEV on the 21st of September 2021 at 14:00.

Founded in 2006, Pierre de Trégomain Quartet gained great popularity with their first album My Cold Song. They will give two concerts during the festival with the cooperation of Institut Français Turkey- İzmir on the 27th of September 2021 Monday at 21:00 at AASSM and 28 September 2021 Tuesday in the garden of Institut Français Turkey – İzmir. The Quartet has followed its quest for a universal language whereby jazz music has become the meeting point of various influences such as pop, classical music or French chanson. This transcendent repertoire, comprising compositions in French and English, has been critically acclaimed and the Quartet is currently touring internationally (festivals and network of French Institutes).

28th Izmir Europe Jazz Festival will host an unusual jazz pianist at AASSM on the 29th of September 2021, Wednesday at 21:00. Pianist and composer Arthur Dutkiewicz’s concert is sponsored by Consulate General of Poland in Istanbul and Honorary Consulate in Izmir.

Artur Dutkiewicz, known as the “ambassador of Polish jazz” (Jazz Forum Magazine 2012), is one of the most active Polish jazz musicians abroad. During his musical career he has appeared in nearly 70 countries around the world from the USA through Europe, Africa and Asia to Australia.

The festival will end with this world-famous pianist’s concert.

Ümit Tunçağ, who is one of the names who know jazz best in Turkey and who is known for his quality music programs on TRT for many years, will give a musical talk on Friday, September 17, 2021 at IKSEV at 18.00, where he will talk about “Male Voices of Jazz”. Sedat Yüce, one of Turkey’s best voices, and pianist Zafer Çebi, who has a brilliant career, will accompany Tunçağ with their music. 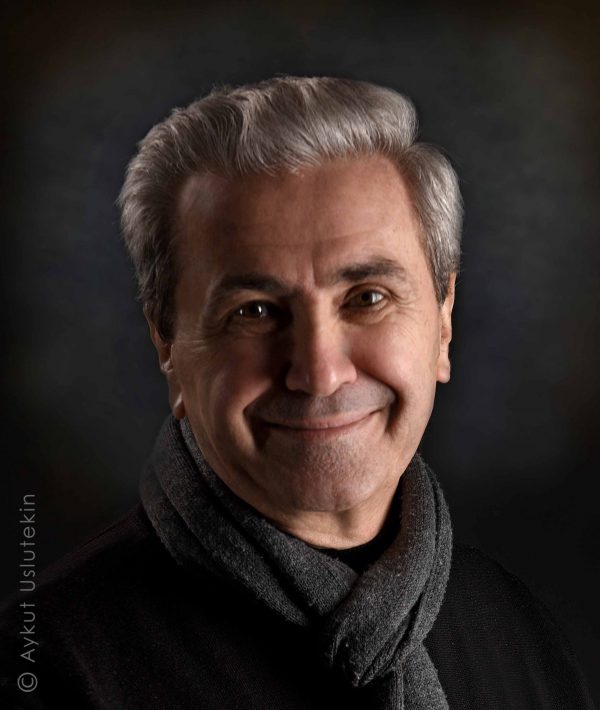 Famous poet and man of letters, Nihat Özdal will moderate the workshop titled Literature and Jazz on the 23rd of September 2021 Thursday at 15:00. The participation form for this workshop is available on: www.iksev.org

Jazz workshops will begin with Eva Klesse Quartet Jazz Workshop on the 21st of September 2021 Tuesday at 14:00 at IKSEV. The participation form for this workshop is available on: www.iksev.org

Polish jazz pianist and composer Arthur Dutkiewicz’s workshop will take place on the 28th of September 2021, Tuesday at 11:00. The participation form for this workshop is available on: www.iksev.org

Tickets are available on Biletix.