Organized by Izmir Culture, Art and Education Foundation (IKSEV), with the contributions of İzmir Metropolitan Municipality, the 29th Izmir European Jazz Festival will be held between 03 March – 02 April 2022.

Organized in cooperation with the Italian Consulate in Izmir, the Honorary Consulate of Switzerland in Izmir, the Embassy of the Slovak Republic, the Goethe Institute Izmir and the Institut François Turkey – Izmir, the Festival will start with the opening concert to be held on Thursday, March 03, 2022 at AASSM. 29. Various workshops and conversations will also take place in the program of Izmir European Jazz Festival.

Eylül Ergül, one of the brightest musicians of the young generation, and Önder Focan Group, the great master of the jazz world, will open the 29th Izmir European Jazz Festival with the “Nat King Cole Project” on Thursday, March 03, 2022 at 20.00 at AASSM. Eylul Ergül-Önder Focan Group, with Ozan Musluoğlu on double bass and Burak Durman on drums, will play the unforgettable songs of Nat King Cole, one of the most impressive artists in the music world. 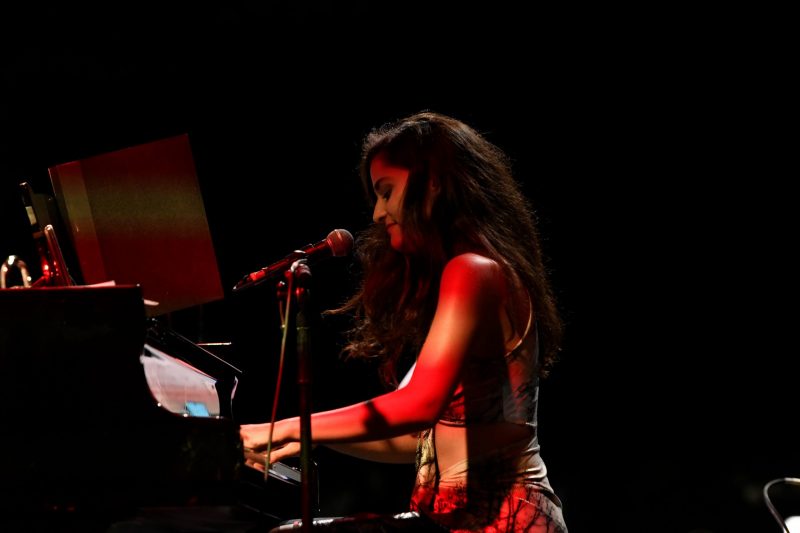 As part of the 29th Izmir European Jazz Festival, the “Write Stuff” workshop on jazz writing and criticism will be held on Friday, March 4, 2022, especially aimed for journalism students. One of the best in this sector in Turkey, Ümit Tuncağ and journalist Sirel Ekşi will conduct the workshop. Those who are interested can attend the workshop free of charge.

The “Italian Metamorphosis” concert, which will be held at AASSM on Monday, March 7, 2022, in cooperation with the Italian Consulate in Izmir, will showcase the combination of flügelhorn and piano. Dario Doronzo and Pietro Gallo (piano) of Re-Imagine Duo, will prompt the listener to fully discover the true value of compositions by “disassembling” and “reassembling” classical works with melodic, harmonic, timbre and rhythmic variations and variations. The duo will also hold a workshop with young people on the same day at 11:00 at İKSEV. 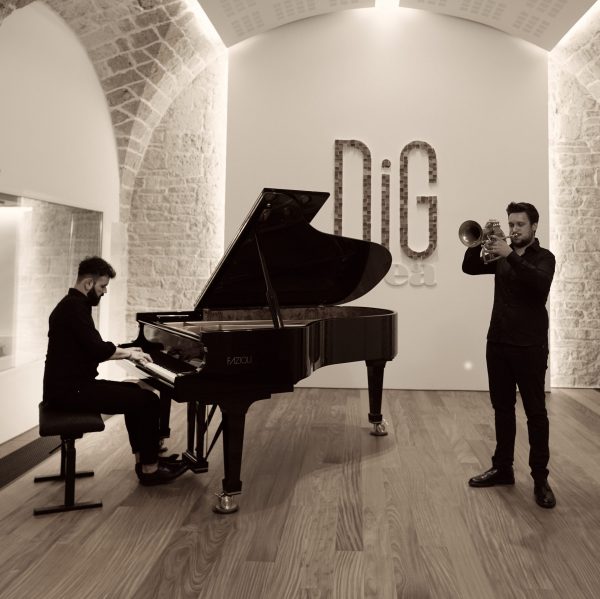 The audience of the 29th Izmir European Jazz Festival that will learn about the details of listening to jazz at the “How Can I Listen to Jazz?” will also be able to listen to Ümit Tunçağ in the talk on the subject. Anyone who is interested can attend the talk, which will start at 18.00, free of charge.

The festival audience, which will be at AASSM on Thursday, March 10, 2022, will have the opportunity to listen to the pride of Switzerland, pianist and composer Marc Perrenoud with his trio. Marc Perrenoud – Piano, Marco Müller – Bass, Cyril Regamey – Drums will play their fifth album, the award-winning “Morphée”, at the concert to be held in cooperation with the Honorary Consulate of Switzerland in Izmir.

Nihat Özdal, poet, curator, traveler, storyteller and art director of @ayzeradant gallery, will hold an extraordinary workshop on Friday, March 11, 2022 at 18.30 at İKSEV. In the workshop on “Jazz of Literature, the Literature of Jazz” Özdal will share his own sections and young musicians will improvise on the sections. Those who are interested can attend the workshop free of charge.

At the 29th Izmir European Jazz Festival, on Saturday, March 19, 2022, at AASSM, Slovakia’s drummer Martin Valihora, who has made a name for himself on the world jazz stages, and his band will take place. Eugen Vizvary on piano and Juraj Griglak on bass will accompany Valihora at the concert, which will be held in cooperation with the Embassy of the Slovak Republic.

Olivia Trummer, who is the apple of the eye of jazz lovers with her voice and piano, will attend the 29th Izmir European Jazz Festival in cooperation with Izmir Goethe Institute. Trummer will hold a workshop with young musicians at IKSEV on Wednesday, March 23, 2022 at 11:00. On Thursday, March 24, 2022, at 20:00, he will be performing his works “For You” with Rosario Bonaccorso on bass and Nicola Angelucci on drums.

The 29th Izmir European Jazz Festival will end with two consecutive concerts by Marc Buronfosse, known for his extraordinary works, and his band in collaboration with Institut Français Izmir. The group consisting of Gülay Hacer Toruk – vocal, Monika Kabasele – vocal, Ananda Brandāo – drums and vocals, Hugo Corbin – guitar and Marc Buronfosse – bass will perform their work called “A Smyrna Story” at Aegean Nights on Friday, April 1, 2022 at Institut Français Izmir and He will also be performing at AASSM on Saturday, April 2, 2022.

Tickets for the 29th Izmir European Jazz Festival will be available from Biletix box offices and the İKSEV box office in AASSM as of Friday, February 18, 2022.
Respectfully announced.