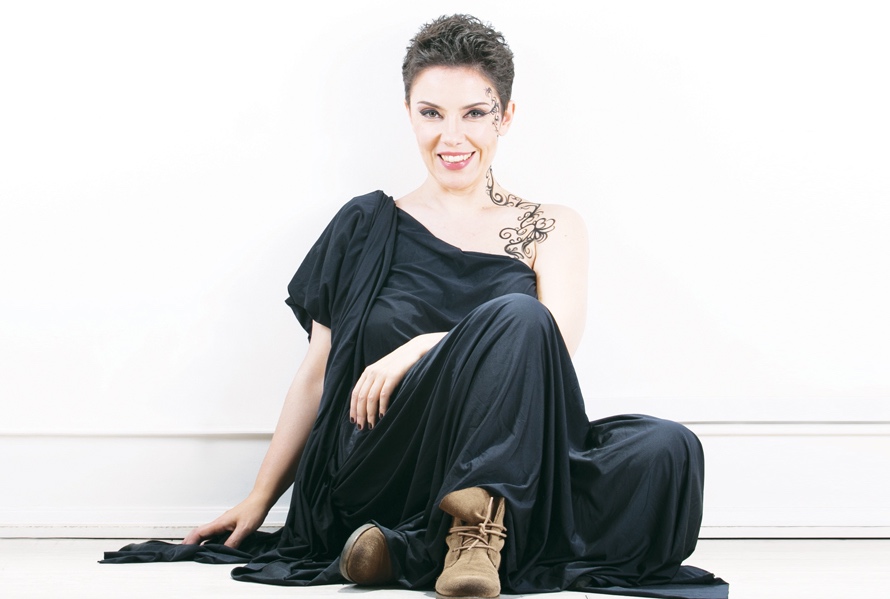 The 33rd edition of International Izmir Festival, organized by the Izmir Foundation for Culture Arts and Education (IKSEV) with the support of Ministry of Culture and Tourism, Izmir Metropolitan Municipality, Izmir Development Agency and the sponsorship of Eczacıbaşı Group as well as Embassy of Portugal, Izmir Italian Consulate and Izmir Goethe Institute, is continuing with “The Music of Love and Passion-Ana Lains” concert on the 11th of June, 2019, Tuesday, at AASSM. The concert will start at 21:00.

Ana Lains, who started singing at an early age, has an eclectic music style that spans from jazz to bossa nova. She won Grande Noite do Fado in 1999 and dedicated herself to Fado. She became a known Fado musician in France, USA, Luxembourg, Belgium and Germany when she was only 22 years old.

Ana Lains will sing her latest album “Portucalis” at the 33rd International Izmir Festival. “Portucalis” is an album that hopes to bring together the colors of music, etnography and Portugese in an endless universe while straying from all rules, limitations and connotations. Ana Lains starts with this Portuguese universe and sprinkles bits of jazz, bossa nova as well as Western and Eastern musics into her presentation of Fado.

Ana Lains will be accompanied by Paulo Loureiro on the piano, Bruno Chaveiro on the Portuguese guitar, Carlos Lopes on the accordion, João Coelho on the drums and Hugo Ganhão on the bass during her concert which will take place on the 11th of June, 2019, Tuesday at AASSM. The tickets are on sale on Biletix.