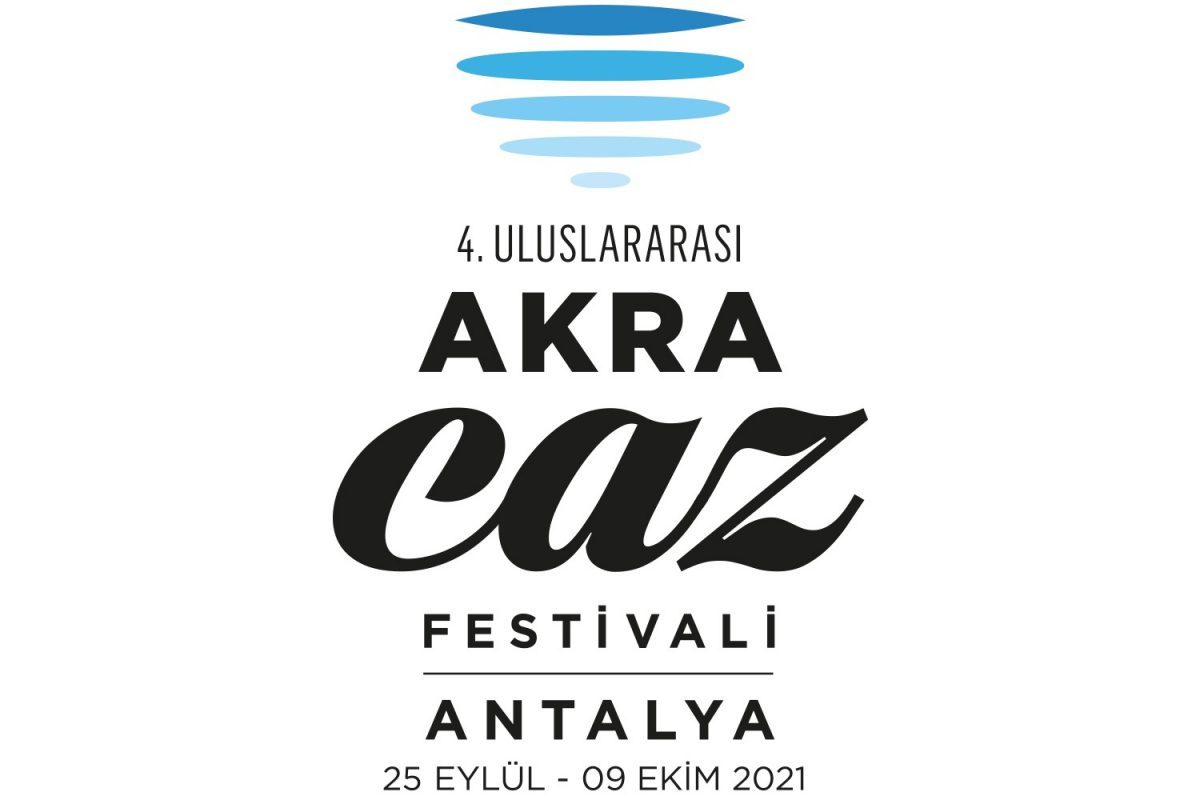 The renowned figures of jazz scene will meet jazz lovers at the 4th Antalya Akra Jazz Festival. To be held for the forth time in Antalya this year, the festival is gearing up to offer a wide and colorful musical range that blends jazz with funk, rock, latin, soul, swing and electronic genres in addition to modern and classical jazz.

The 4th Antalya Akra Jazz Festival, organized by Akra Hotels with Turkish Airlines as the transportation sponsor, will take place on the open-air stage of Akra Hotels between 25 September – 09 October 2021, accompanied by the unique view of the Mediterranean Sea and Bey Mountains. Ticket revenues of the festival will be donated for the regeneration of Manavgat Forests. Tickets for the festival can be purchased from Biletix box offices in Turkey and abroad, and from Biletix.com.

In its fourth year, the festival will kick off with Karsu, the Turkish artist living in the Netherlands and being widely acclaimed with her unique interpretation, colorful and powerful voice. On the opening concerts on September 25th & 26th, Akra Jazz Band will take the stage as well as Karsu, who will perform her compositions combining jazz, blues, funk and ethnic rhythms.

Guitar player Önder Focan and Şallıel Bros. will be on the stage on September 29th with the “Funkbook” project with a jazz repertoire consisting of funky and energetic rhythms.

The world-famous Russian saxophonist Igor Butman and Moscow Jazz Orchestra who gave an unforgettable performance in the past years will be on the festival stage with a fantastic show this time on October 1st having Fantine as the soloist with her powerful voice. 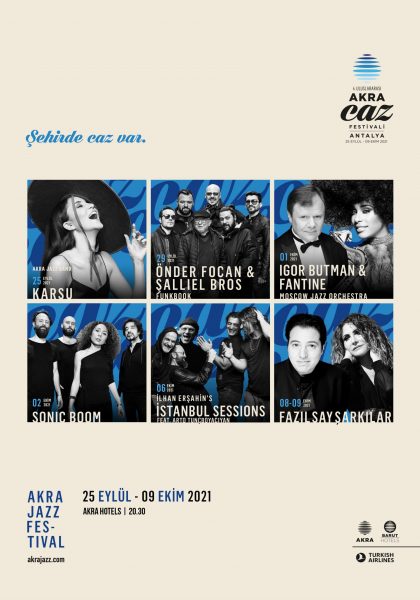 Continuing to present the dynamic colors of İstanbul with the project “İstanbul Sessions”, İlhan Erşahin will take the stage in the festival on October 6th with his band and will perform his hit songs featuring Arto Tunçboyacıyan on vocals & percussions.

Fazıl Say, the world-famous pianist and composer, will be on the stage again in the fourth year of the festival. The new album -which is the fourth of his music albums consisting of the songs that he composed with the poems of unforgettable poets and writers of Turkish literature- of the artist, who will meet with the art lovers at two concerts on October 8th and 9th, will be introduced to the audience in Antalya for the first time. Serenad Bağcan, the soloist, will interpret the songs of Fazıl Say with her powerful voice and stunning stage performance. They will be accompanied by Aykut Köselerli (percussions) and Jamal Aliyev (cello).

The opening concert of the festival will be performed by Karsu, the recipient of wide global acclaim with her unique interpretation and powerful voice. Writing and composing almost all of her songs by herself, Karsu fascinates the audience with her colorful voice, and her stage performance and energy. It is possible to find jazz, blues, funk and ethnic rhythms in albums of Karsu, who was granted with the Edison World Jazz Award, one of the most important music awards in the Netherlands, in 2016, and gained a strong place in European jazz scene. In addition to Karsu, who will meet with the audience at Akra Hotels at 20:30 on September 25th & 26th, Akra Jazz Band, consisting of jazz musicians living in Antalya, will also take the stage.

Guitarist Önder Focan, and saxophonist brothers Anıl and Batuhan Şallıel will meet with the audience with the “Funkbook” project on the second night of the festival. In “Funkbook” project consisting of a jazz repertoire with funky and energetic rhythms, the artists will be accompanied by Halil İbrahim Işık (piano-synthesizer), Mehmet Özen (electric bass) and Erhan Seçkin (drums), who are very competent musicians on the instruments they perform.  Embracing a unique style through the melodic compositions of Önder Focan and improvisations of musicians, “Funkbook” can be listened at Akra Hotels on September 29th, Wednesday, at 20:30.

The world-famous Russian saxophonist Igor Butman and Moscow Jazz Orchestra who gave an unforgettable performance in the past years will be on the festival stage with a fantastic show this time having Fantine as the soloist with her powerful voice. The concert of Igor Butman, considered as the ‘’Jazz Bridge between Moscow and New York’’, who has shared the stage with numerous important orchestras and artists so far will be accompanied by Fantine and the Moscow Jazz Orchestra with wonderful musicians founded in 1999 will be perform on October 1st, Friday at 20:30 at Akra Hotels.

“Sonic Boom” founded in 2019 by four successful names, Elif Çağlar (vocal), Çağrı Sertel (keys), Alp Ersönmez (bass guitar) and Volkan Öktem (drums), who are very well known by music lovers. Met with the audience in the early 2020, the band plays and reinterprets the hits of R&B, hip-hop and electronic music in their unique style, as well as their own compositions. “Sonic Boom” will be on the stage at Akra Hotels on October 2nd, Saturday at 20:30.

İlhan Ersahin, saxophone artist living in New York, continues to present the dynamic colors of İstanbul with his project “İstanbul Sessions”, which attracts a great deal of attention all over the world. In “İstanbul Sessions”, being rich with many timbres from jazz to rock and from disco to dub and standing out with its unique sounds, Alp Ersönmez takes the stage with his bass guitar, Turgut Alp Bekoğlu with his drum and İzzet Kızıl with the percussion, along with Erşahin. On this night, also Arto Tunçboyacıyan will be accompanying İstanbul Sessions on vocals and percussions as a featuring artist. İlhan Erşahin and his band will meet with the art lovers at Akra Hotels on October 6th, Wednesday, at 20:30 and perform the hit songs of İstanbul Sessions.

The fourth year of the festival will end with two amazing concerts to be performed by world-renowned pianist and composer Fazıl Say. The new music album -which is the fourth of his song albums consisting of the songs that he composed the poems of unforgettable poets and writers of Turkish literature- of the artist will meet with the audience in Antalya for the first time. Serenad Bağcan, the soloist, will perform his songs with her powerful voice and stunning stage performance will be accompanied by Aykut Köselerli (percussions) and Jamal Aliyev (cello). The new album includes poems of Yunus Emre, Pir Sultan Abdal, Sabahattin Ali, Kaygusuz Abdal, Aziz Nesin, Metin Altıok and Omar Khayyam. These amazing concerts, will meet with the audience at Akra Hotels on October 8th and 9th at 20:30.

Ticket revenues will be used for Manavgat Forests

As the Akra Hotels Family, the ticket revenues of the Antalya Akra Jazz Festival will be used for the regeneration of Manavgat Forests in order to contribute to the greening of nature and hope.

Festival tickets are on sale at Biletix…

The festival, having the Turkish Airlines as its travel sponsor and organised by Akra Hotels will have its tickets on sale at Biletix ticket offices and on biletix.com, both in Turkey and abroad. The tickets of the 4th Antalya Akra Jazz Festival can be purchased at Biletix ticket offices and on biletix.com for 150 TL for a single concert and 450 TL for combined tickets covering all concerts.

All regulations on ticket sales and the event shall be in accordance with the requirements set forth in the circulars issued by the relevant ministries of the Republic of Turkey. 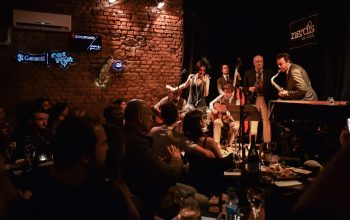