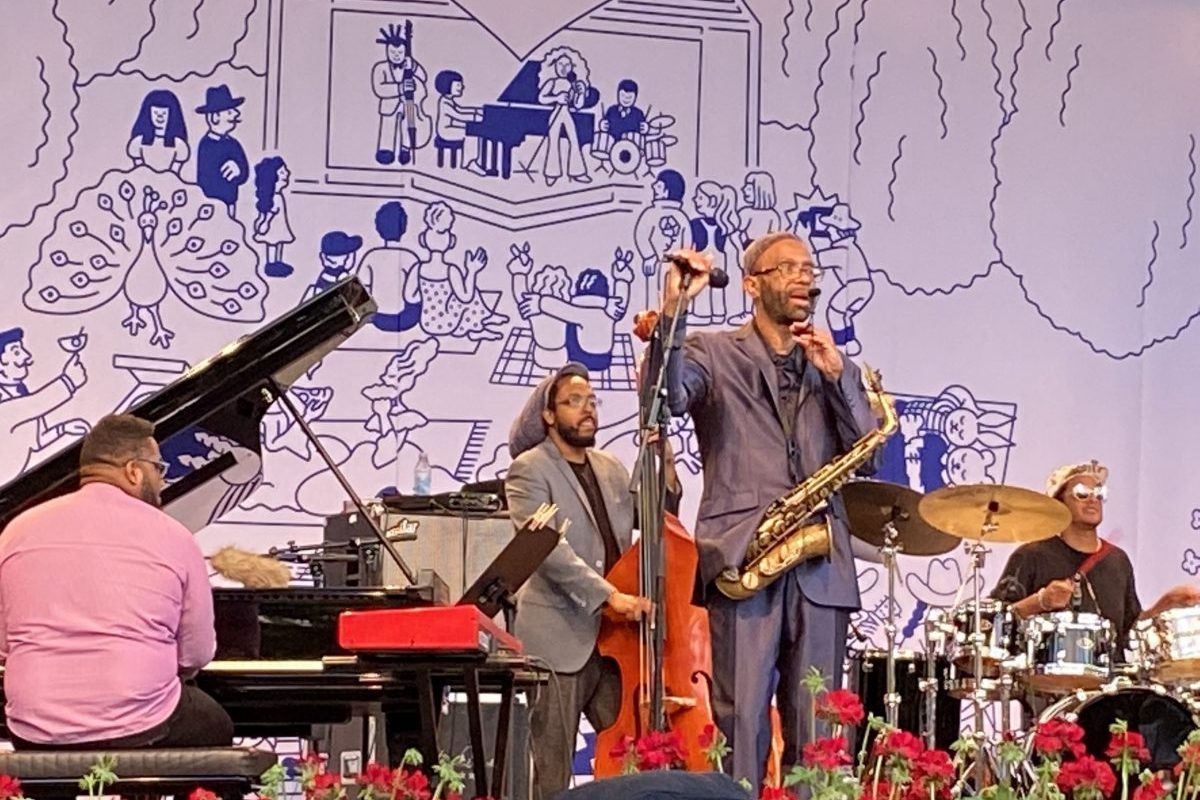 Pori Jazz is one of the oldest and most significant jazz and music festivals in Europe. Held annually since 1966, the festival offers a diverse and interesting program in a high-quality setting. The festival was first founded by Jyrki Kangas who is a bassist and painter, and over 50 years later, the legacy is still very much alive.

As in the whole world, many festivals were unpleasant due to Covid. However, I made up for the 55th Pori Jazz Festival by listening to great musicians this year.

The festival took place between 8-16 July this year.

On the second anniversary of his death, on July 13, there was the inauguration ceremony of the festival’s creator and founder, Jyrki Kangas’ monument in the festival square. You can listen to the interesting features of the monument from the links below (by selecting the English subtitle).

We also listened to a mini concert played by Finnish musicians in the crowded ceremony attended by the mayor and retired President Tarja Halonen.

The first concert I listened to at the festival was the Kenny Garrett and Sounds From the Ancestors concert on July 14.
Kenny Garret on alto saxophone, Keith Brown on piano, Corcoran Holt on bass, Rudy Bird on percussion and Ronald Brunner on drums.

We know that Kenny Garrett has long been interested in musical styles from different parts of the world. The songs, which blend African, Afro-Cuban and African, received much applause with Rudy Bird’s agile and elegant percussion. We also heard the Coltrane sound from time to time.
From Aretha Franklin to Marvin Gaye, from Afro-Cuban jazz to gospel and from R&B to hip hop, it was a very enjoyable Ancestors tribute concert.

Since there are many concerts at the same time, I tried to choose scenes that are close to each other at least.

Saxophonist Joe Lovano and trumpet player Dave Douglas came to the festival with their new album ‘Sound Prints’, which was released in 2021.

Although the idea is ten years old, its transformation into an album is new. The project is to honor jazz legend Wayne Shorter, who is about to turn 80. Sound Prints is a quintet formed nearly a decade ago by saxophonist Joe Lovano and trumpeter Dave Douglas. Since then, the band has celebrated Shorter’s legacy and life’s work with new compositions for the same open-minded and risk-averse legendary musician known throughout his unique career. The live album released in 2013 and the studio album released in 2018 were followed by the album Other Worlds (2021), which featured ten new compositions by Lovano and Douglas. Pori Jazz Festival has included this concert, which it could not do during the pandemic, on its list this year. Joe Lovano was on stage in the non-stop rain with Dave Douglas, pianist Lawrence Fields, bassist Yasushi Nakamura and drummer Rudy Royston. They included both original compositions and some important pieces selected from Shorter’s repertoire.

The Finnish band with two saxophones, named Maxxxtet in the photo, is one of the successful names of the Jazz Stage in Riga, where Batu Şallıel returned with the first place and where young jazz players competed years ago.

In the meantime, I rushed to the ‘Jyrkin Jamit’ concert to honor the founder of the festival, where Önder Focan took the stage with her own band.

Would you believe me if I said I went to 6 concerts on the last day of the festival? Ok, I didn’t stay all the way to the end of course. What I watched till the end; Linda Fredrikson, Cory Wong and Cecil McLorin Salvant. One song on Kokorokko, 2 songs on Simply Red.

Linda Fredriksson received the Pori Jazz Ted Curson Award in July 2019. Since then, the aspiring saxophonist has continued to rise to the ranks of the brightest Finnish jazz stars. In 2021 Fredriksson released her long-awaited debut album Juniper with to critical acclaim. The album has charmed audiences both within and outside the jazz scene. Fredriksson decided not to base the album on jazz conventions but to compose most songs in the singer-songwriter form based on an acoustic guitar. Thus, appealing to wider audience segments and combining different genres is only natural.

The concert we were most curious about was Cory Wong. The concert performance, in which Dave Koz also took the stage, was way above our expectations.

There was a magnificent staff with 6 horns, with 2 leslie Hammond organ, bass and drums. Jay Webb (tp), Michael B. Nelson (tb), Kenni Holmen (ts, flt, ss), Eddie Barbash (as), Sam Greenfield (bs), Kevin Gastorguay (keys, Ham.), Sony T. (b ), Petar Janjic (d). It would have been nice if the concert would end with a song that Dave Koz came to at the end of it.

Cecil McLorint Salvant concert was the concert that I was waiting stubbornly while rain was heavy.

The woman I was waiting for with her colorful glasses and clothes that I saw on the cover of Downbeat magazine disappointed me with her outfit on stage. I was obviously waiting for a message. It didn’t either. There were Kurt Weill songs, a couple of standards, and a pianist’s composition. I wish I had caught Gretchen Parlato’s concert. 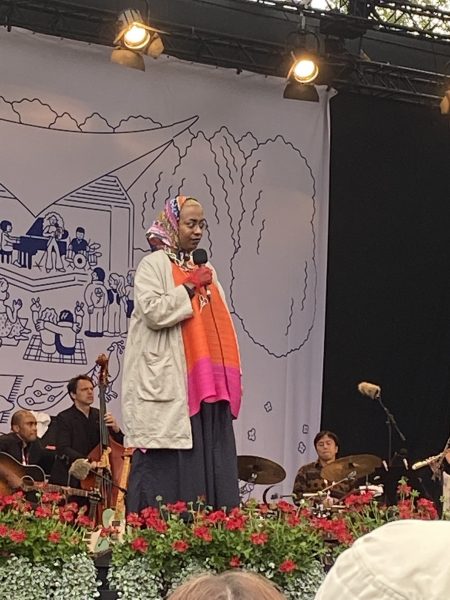 As a result it was good to be back to normal after almost 2 years of shutdown. Many of my Finnish friends were Covid positive when I wrote this article.

Somehow I’m okay, I have my 4th vaccination appointment for Tuesday. I wish you all good health.