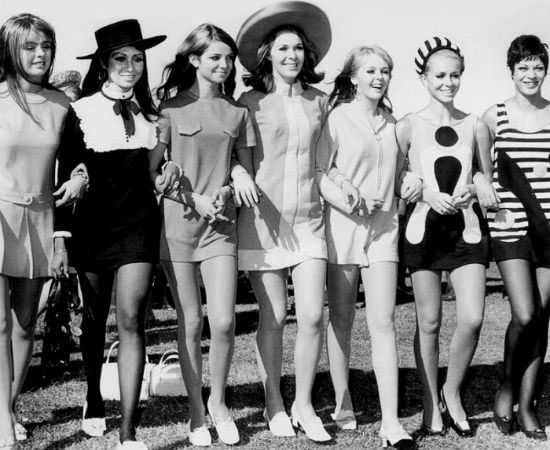 Joan Baez was one of the most important singers of the 1960s. She was a phenomenon with her inspirational attitude against evil, exploitation and unfairness. She would draw emphasis on the realities of her time with her songs and support her cause. She wasn’t like any other opera singer, rockstar or pop singer; she was the leader of a movement. She had her own style with her dark skin, fair coloured eyes and long hair. She was a perfect example of the ‘flower child’ with her beads that were inspired by the immigrants and her bare feet. The singer, who conveyed her feelings with her lyrics, guitar and beautiful voice, also followed the movement’s fashion sense with her clothing style, and had been chosen to be the cover of the “Time” magazine with this style. The themes of all her songs are peace, fellowship and love. 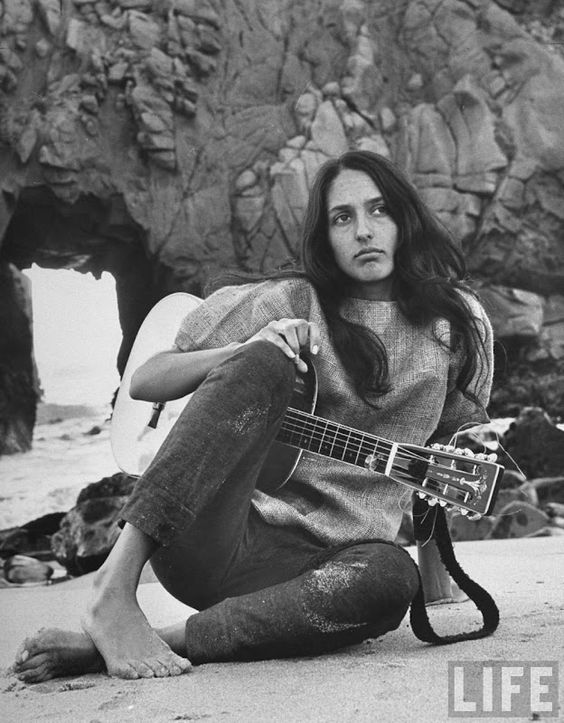 Joan Baez sings her folk songs in Odetta style with her clear voice, and usually prefers ballads, blues style songs and lullabies. She have always had her own style. She would sing both her own compositions and pieces from Seeger, Guthrie, or Dylan. She has given permission for her own compositions to be performed by others many times. She has always been an artist who has created opportunities for young singers.
The singer, who has visited Turkey numerous times, got famous with her slogan: “You don’t get to choose how you’re going to die, or when. You can only decide how you’re going to live. Now.”

After introducing this singer, who has chosen to reflect her own style of music to her fashion choices, we would like to provide information on the hippie fashion for you. 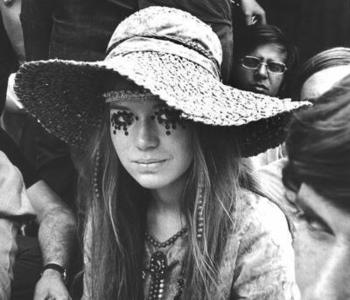 Hippie movement is a youth movement from the 1960s, and it has brought along its own sense of fashion. According to this style, symbols and images are rejected concepts. It embraces natural and calm colors that embody the feeling of freedom and equality, and consists of nature-oriented styles and comfort. Ethnical designs might be included in these garments, which could be called the national costumes of peaceful civilisations.

This new style wasn’t ideal for the sellers and shop owners that were already in the market, because the hippie fashion preferred natural and hand-made materials instead of the expensive garments on sale. Macrames and crochets were very desirable for this fashion. Linen bags, old blouses and dresses handed down from grandmothers were preferred for this style.

Hippies (this term was produced from the word ‘hipster’) emerged as a natural movement and alternative lifestyle resulting from the “Beat Movement”, against the pressure of the intact systems. Their approach was based on the idea of freedom and a desire to go back to the nature. Their clothes were made from linen and cotton, and other natural materials. Both men and women grew their hair out and refrained from using hair products. Black turtlenecks and pants made famous by “Beatniks” were worn. Ordinary blouses were made into villager style garments by men and women. Hand-made garments, sewn, crocheted or macrame-styled, were very valuable. They started dying their own clothes and wearing colourful ties. 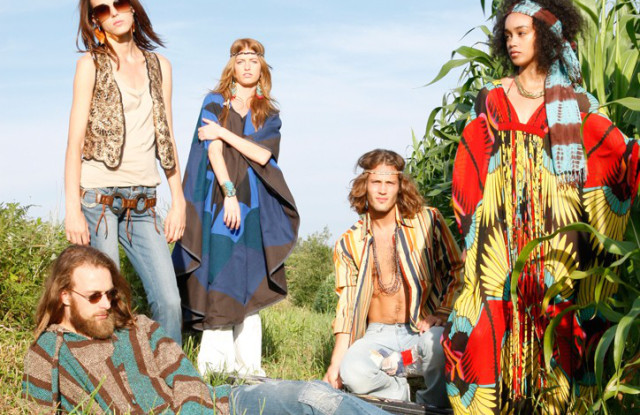 High-waisted jeans, preferably with fringes at the hems, with flower patterns could be seen everywhere. These jeans were styled with local, ethnic-styled blouses, t-shirts or torn garments. Any accessory that was hand-made and had peace symbols was in great demand.

The dress and skirts didn’t look the the ordinary clothing that was seen everyday on the streets in the 1960s. There hadn’t been a radical change in fashion since the 1920s, and the youth was satisfied with what was made available for them. The mini skirts of the 1920s that made conservative people frown changed into the shocking micro-mini skirts of the 1960s. These shirts were as tiny as mini-shorts, and were paired with knee-high boots in the cold and sandals in the heat od the summer. Again, long and messy hair was accessorised with bandanas and other accessories. 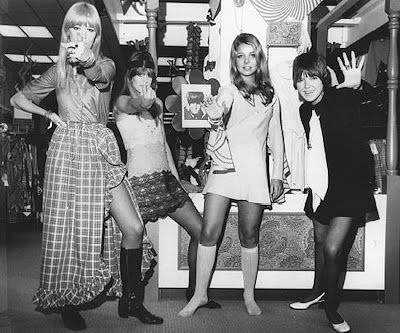 Even in our days, clothes in this style are bring worn to feel that hippie spirit, and many people still listen to the popular singers of those times. The final thing that should be mentioned is the “Hippie Festival” organised in the 1969 August by a company called Woodstock Ventures. This festival, which might be the first music festival in the world, was titled “3 Days of Peace and Music”. People had the rare and valuable opportunity to see and listen to many important musicians, such as Jimi Hendrix, Janis Joplin, Jefferson Airplane, Santana, The Who, The Greatful Dead, Joan Baez and Joe Cocker together. This was a once-in-a-lifetime opportunity for many, and it was a visual and sensual feast that will be remembered.