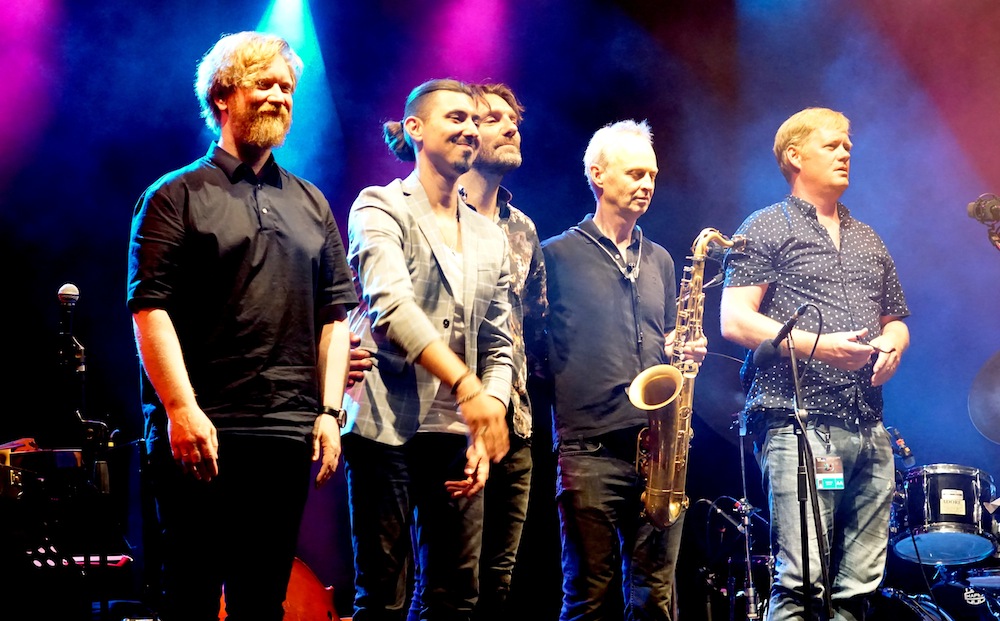 This was one of the two concerts that really got my attention in Istanbul Jazz Festival this year. I have been following Helge Lien for many years. I have enjoyed listening to many of his albums especially since he has started to record as a trio. Lien has an attitude that is both familiar (dark Nordic sounds, mental landscapes) and “novel” (avant-garde, atonal touches stemming from contemporary classical music, funky sounds; he is an interesting pianist who can also play lyrically). He also has a big audience in Japan. Japan is an interesting country when it comes to jazz, I think it is a solid jazz barometer. On the contrary to what most jazz-lovers think in Turkey, they don’t only listen to mainstream jazz there. There is a reflection and following of all the new, interesting, jazz-based improvisatory musics, artists and bands in Japan. I recommend E. Taylor Atkins’s “Blue Nippon” if you have further interest in jazz in Japan. I will remind that Helge Lien Trio’s latest album’s title is in Japanese (Guzuguzu, we can translate this as “slow motion”). The trio also has a 2011 album title in Japanese called Natsukashii (which translates as “I remember!”).

I was very excited when I read that Helge Lien is planning a collaboration with Adam Baldych. Because Adam Baldych is the rising star, a virtuoso of violin which is rarely used in jazz (of course I know Stephane Grappelli, Jan-Luc Ponty, Shakti band, their violinist Lakshminaraya Shankar, but I don’t remember other recent names). Born in 1986, this “genius” musician’s career proves very bright and promising through a short internet search. This Polish violin player signed with ACT recording label and has worked with many Scandinavian musicians since then. He recorded his latest two albums with Helge Lien Trio and their Istanbul concert was promoted with the title of their last album “Brothers” (ACT, 2016) during the festival’s media release. The Norwegian saxophone player Tore Brunborg who recorded with the trio was already included in the list of participating musicians. We should mention the other two members of the trio before we forget, because there was change in who played the bass. Frode Berg, who worked with Lien for more than 20 years and recorded albums with him, left the band amicably last year to pursue his own projects. Well-known Norwegian bassist Mats Eilertsen, who is just as esteemed, replaced him. Another shining name played the drums; Per Oddvar Johansen is one of the most experienced drummers in Norway. 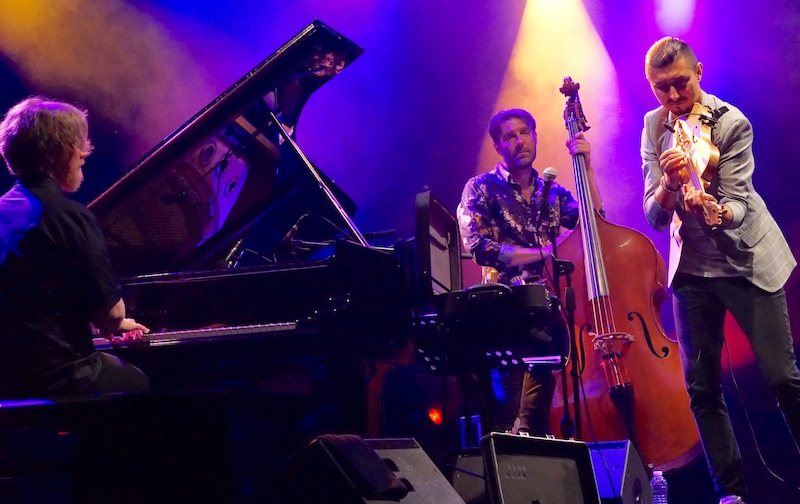 So, if you asked how was the concert of such a prime group of musicians, I would not be able to give you a fully positive reply nor would I be able to say “it was bad”. I kept asking myself what caused my dissatisfaction since the concert. Maybe I don’t personally like the relationship between violin and jazz? I had not bored of listening to Shakti (especially “A Handful of Beauty”) for years and Jan-Luc Ponty has always been a violinist I liked. Then the answer to my question does not lie in that. I still understood that it was a personal choice while making my evaluation. Helge Lien Trio wasn’t fully present and I might have wanted to listen to Lien in my attendance. I didn’t like that fact that (I believe the other members of the audience would agree) Adam Baldych was too much in the limelight and that he started and ended all the pieces. So much so that I was disappointed due to the saxophone, added to the band to balance out the violin, was in the background and Helge Lien Trio was ultimately like a accompanying band which provided the violinist the infrastructure. 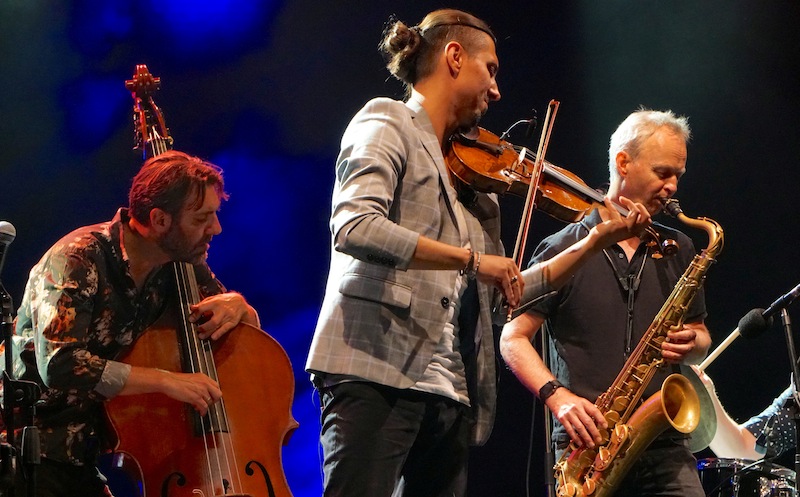 Another dissatisfaction about this concert was that such meditative compositions with subtle yet strong sentences were presented with a never-ending array of smoke and light (!) shows. I asked my friends from the festival later whether they had a hand in these light and smoke shows. Their reply was that this “presentation” was fully the orchestra’s decision. i would understand if they were a rock band but the fact that these lights kept moving, right into the eyes of the members of the audience on occasion, and the constant smoke situation on the stage was distracting for me, I had to close my eyes. It was also weird that Helge Lien’s left hand (both hands on occasion) was constantly inside the piano as he played. Fortunately there were moment, however brief they were, when Helge Lien sat and played the piano normally with both hands on the piano keys, winning over our hearts. The overall comment on the concert would be that it was brief and left a bizarre taste in the mouth. Was it a bad concert in summary? I would never claim such a thing. Was it unbalanced? I have no doubts about that. I cannot deny that Adam Baldych is an incredible violin player, but would keep my silence if you asked me if anything he played tasted like or alluded to jazz. It left a “dull” taste in my mouth with little jazz, a lot more “Adam” and pretentiousness. I wish to listen to Helge Lien Trio by itself in the future.