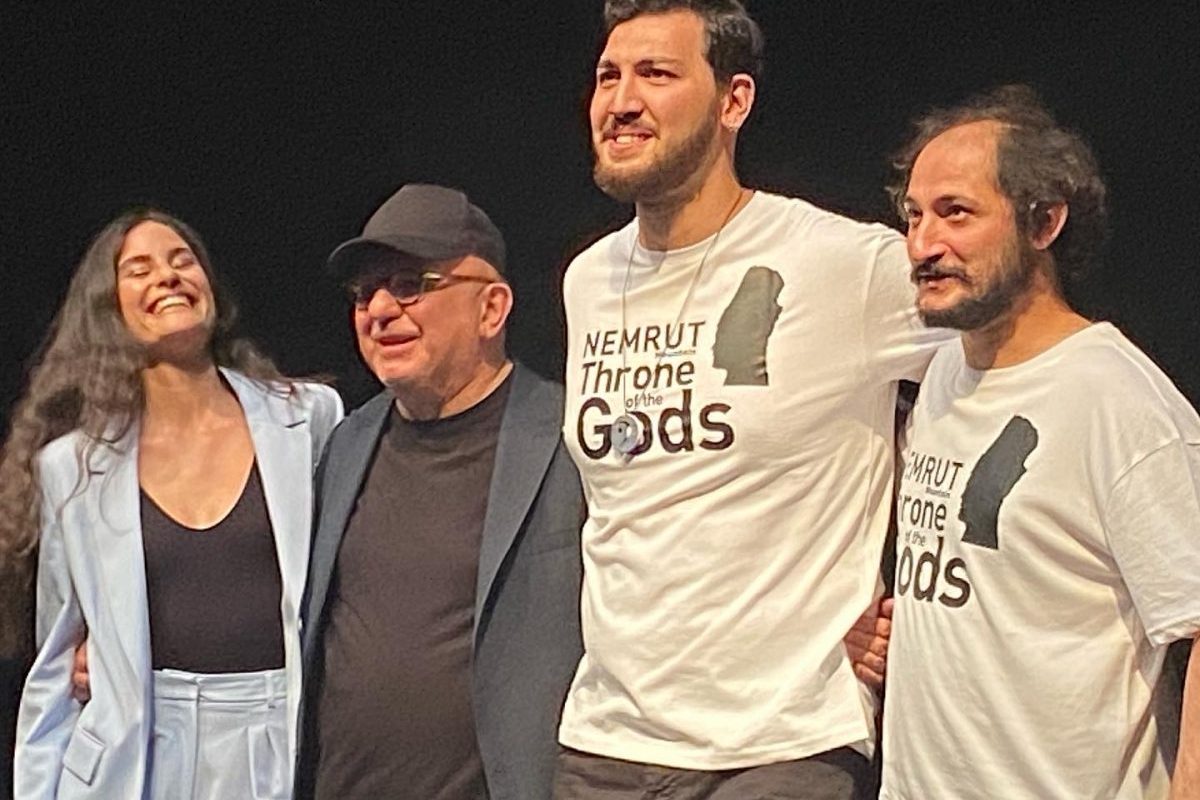 This year, the Mesopotamia Jazz Festival was held in the Kahta district of Adıyaman, which hosts colorful festivals and international organizations.

As part of the Komagene Biennial closing program, the Mesopotamian Jazz Festival themed Echoes of Commagene started on October 21 and ended on October 25.

I was very surprised when Önder said, we are going to Adıyaman to play. It seemed very ambitious to me that such a festival was held at a time when festivals were persistently cancelled. I said, “Okay then, I’m coming too”.

Thousands of local and foreign participants attend the festival events; panels, exhibitions, concerts, symposiums were organized within the scope of the events, and statements and presentations in accordance with the spirit of Commagene culture were made by scientists, tourism writers and journalists, columnists and artists. 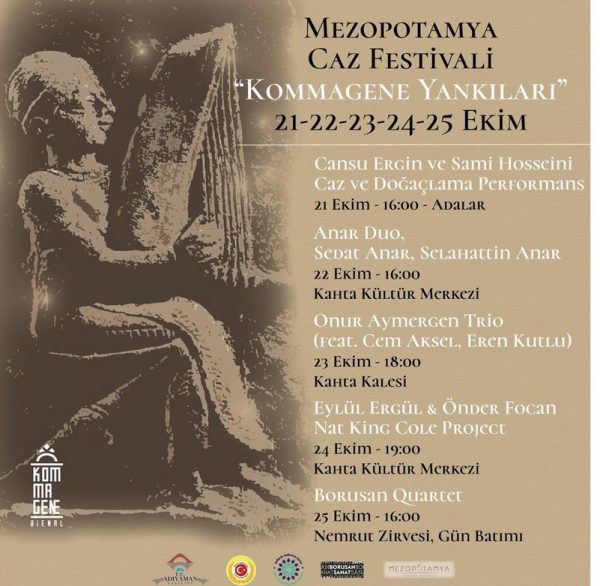 I was able to have time to visit the Castle, other ruins and ancient artifacts (including Mount Nemrut) in 2 days, just by watching the concerts.

Only 2 jazz concerts took place within as a part of this festival. These concerts, which took place within the part of the Komagene Biennial, which was also held in previous years, were very successful in terms of participation, considering that all the audience was young and local people.
Kahta District Governor Selami Korkutata stated that the jazz festival will continue on Mount Nemrut, in Kale and Kahta centre, and said, “Today, we started the Mesopotamia Jazz Festival program within the as a part of Komagene Biennial closing program.

We completed our first concert with the performance of Cansu Ergin and Sami Hosseini from the Islands. It was a really good event. It was a good performance. We came here to the Island with jazz enthusiasts. We have experienced this beautiful event here, along with the history and nature of this place. We will have other jazz events the next day. Our programs that will continue in Mount Nemrut, Kale and Kahta Center. I wish all our citizens have fun. If there are citizens who will come to our other programs, I say they should not miss it,” he said.

Then, with the sunset, Onur Aymergen on the guitar, Eren Kutlu on the bass, and Cem Aksel on the drums had a concert at the foot of the magnificent view of Kale.

On the second day, we set out for Arsemia early in the morning. This is the summer capital and administrative center of the Kingdom of Commagene, which presents wonderful works to the world heritage, a meeting point where the kings of Commagene made efforts to synthesize East and West cultures, and where the ideal of creating Greco-Persian culture is reflected. The longest Greek inscription of its age in Anatolia is located in Arsameia. There is a tunnel located just below the cult inscription and descending with steps on a high slope.
Then, 2 days before my birthday, I thanked the gods for climbing Nemrut at an altitude of 2500, which we can calculate by climbing 25 floors (400 steps) and descending 25 floors. Since there was a concert in the evening, we could not watch the eclipse or the sunset.

The concert hall at the Kahya Cultural Center was completely full. The intense interest of young people and their questions about jazz made me think once again why these concerts are important.

With such festivals, both the local people and the executives who care about tourism promise to experience unforgettable moments to history, music and nature lovers who want to travel to the past at the foot of Mount Nemrut. My biggest wish is to go to Adıyaman again, where I went for the first time on this occasion.