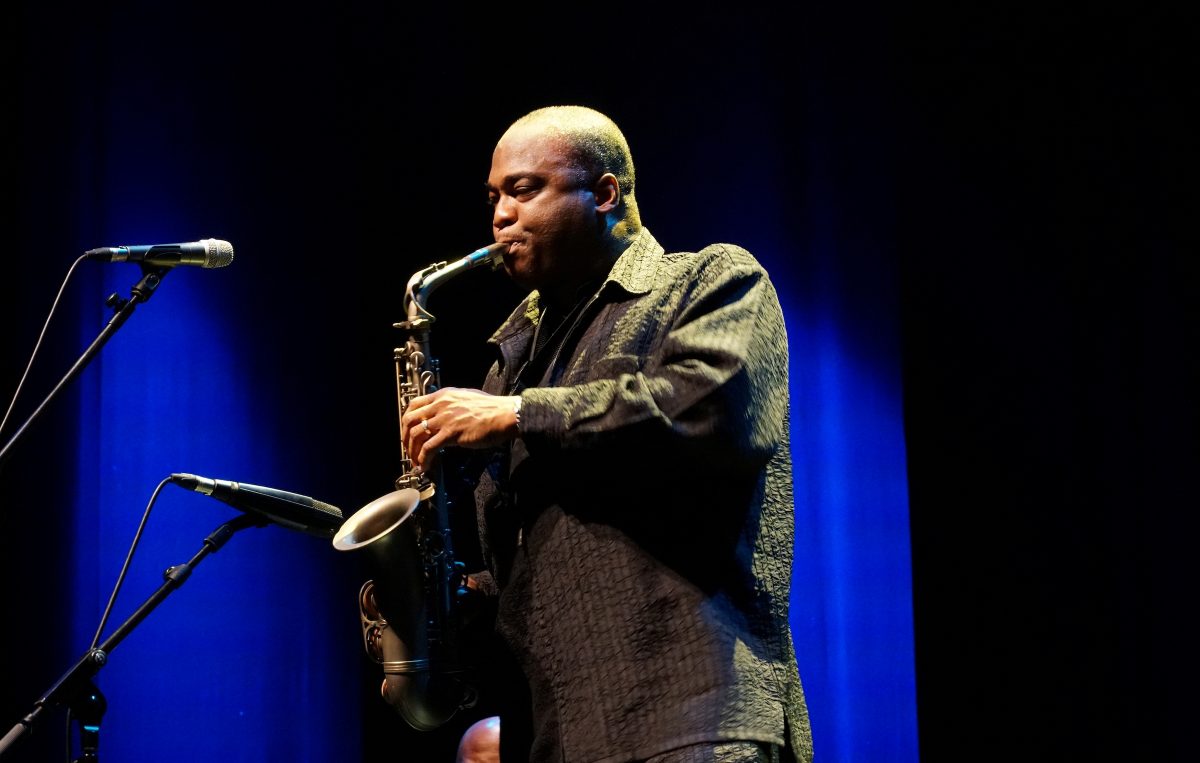 During some concerts, an old legend comes and presents new stars on the stage. On the other hand, during other concerts there is only one star on the stage even with a band as small as a trio. Stanley Clarke’s concert at CRR on the 16th of October was of the former kind and the James Carter Organ Trio concert at Zorlu PSM on the 21st of October was of the latter. The star of this Akbank Jazz Festival concert was of course James Carter! And his band was up to par with the stars.

The focal point of this concert was the trio’s  Live from Newport Jazz album that was released last August. It was released through Blue Note label lead by Don Was, a countryman of James Carter who had been following him since his youth. Through this album, we were presented with Django Reinhardt compositions and pieces written with his influence. The influential journey’s starting point was the Chasin’ the Gypsy album the Detroit saxophonist recorded with Regina Carter in 2000.

Gerard Gibbs was sitting at the Hammond B3 with double Leslie cabins, provided by IKSV, and Alex White at the drums on the evening of the 21st of October. The audience was really excited to listen to an organ trio with a real Hammond B3. The applauses called the band to the stage without being able to wait for 10 minutes. 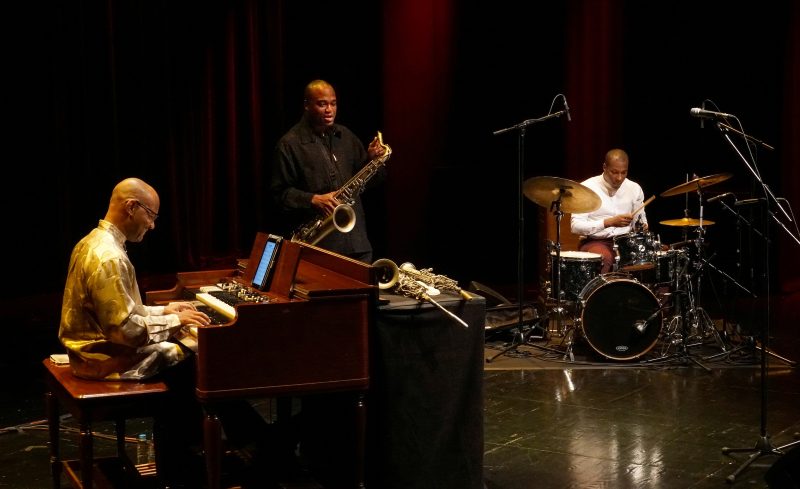 We were pulled right into the atmosphere of the concerts at Zorlu PSM’s Drama Stage as the wooden Leslie cabins, the reason Animal’s The House of the Rising Sun album became a hit, filled the concert hall. After a couple of pieces, Carter conjured up a storm with his fast fingers, playing a sped-up Philip Glass piece and another cycle of sound was added to the sound coming from the cabins. But the main concept was very obvious. To allude to Django’s manuche guitar solos in an extraordinary way! Carter didn’t stop at that and presented the uncontrollable sound universe of Roman music in an entirely different format using the most avant-garde screams, raising to the climaxes of technique and double sound blowing. He made every piece of his instrument echo with sound!

I was reminded of violinist Evan Garr, introduced by the bass legend Stanley Clarke, who plays as if he was given an electroshock during Clarke’s concert at CRR a week ago. What kind of a typhoon would be unleashed if Carter and Garr got together? I cannot imagine their trades! By the way, the real surprise star of Stanley Clarke’s concert on the 16th of November evening was the Afghan tabla player Salar Nader. We should note that down. It is good to pay attention to what this musician will do in the upcoming years.

If you allow me to complain a little, I would like to mention two things that I regretted about the concert. The first is that even though it is well known that the musician’s decibels are high, Carter’s sound level was too high that it even overpowered the Leslie cabins and challenged our ears. My friends who listened to the concert from the balcony said the sound level there was better. On the other hand, no matter how high Carter got, Gibbs cannot be overlooked with his incredible basso-continuo tight as bone, just like a double bass player. 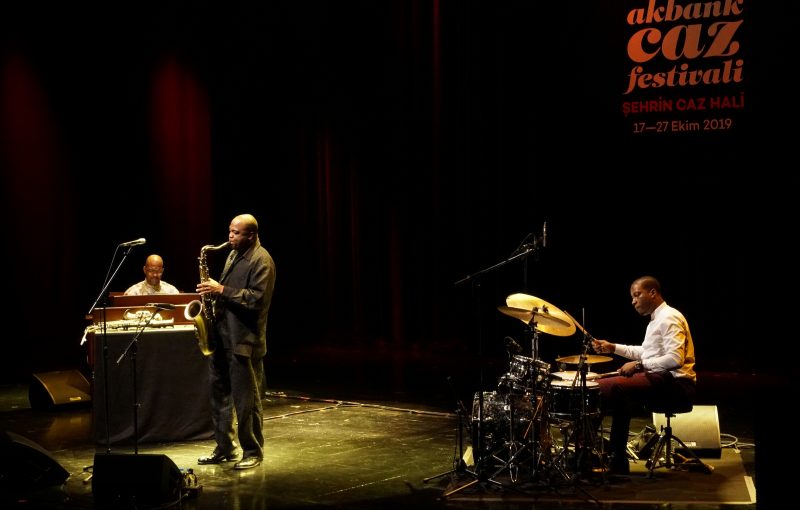 The second thing I regretted was not being able to watch Gibbs from the back. I would have really liked to see what was happening with the keys, the effects panel and the bass pedals. How often do you get to see a Hammond B3 live on stage after all? For example, the classical organ at Boğaziçi University’s Albert Long Hall has its keys turned towards the audience and placed in the middle of the stage and we can watch an organ player with full transparency. Those interested can sit close by and watch.

The energy level was so high during the concert that Gibbs’ pedals and Carter’s reeds rebelled on occasion. But Carter was able to fill every moment with his cheerful stage presence, his free style dancing that accompanied his playing, his jokes and his allusions to popular melodies during the most avant-garde moments like a little mint candy. This is the difference of watching a concert during a festival. The fact that it allows space for the jazz musicians to do whatever they want, push the limits and live their own existences…. The fact that the members of the audience don’t expect to be entertained, instead the musician is having fun, and they come to honor him, which in turn makes the musician extremely happy… One can see this as a huge rendezvous!

We heard that drummer Alex White continued the joy of this big meeting at Nardis Jazz Club. We were on our way home in that moment with the joy of listening to James Carter’s Organ Trio on Dizzy Gillespie’s 98th birthday.