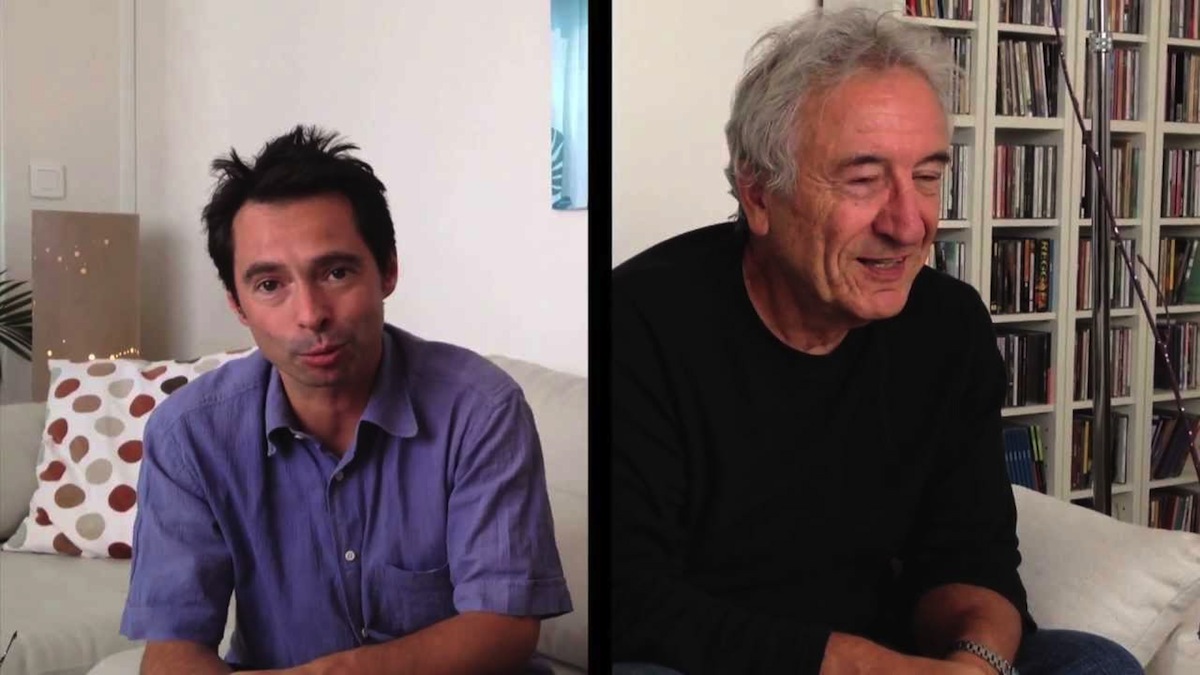 Self-taught, he starts at the Hot Club of Lyon and accompanies prestigious guests such as: Slide Hampton, Johnny Griffin, Kenny Clark Hank Mobley.

He continued his musical experience by creating with Gérard Maimone (keyboards) the group Sphérœ, combining tours and creations for the theater of Georges Lavaudant. Two discs were recorded: Sphérœ in 1977 and Primadonna in 1978.

In 1984, he made the first part of Miles Davis at the festival of Viennes, as well as that of Nice.

He participated in the film of Bertrand Tavernier “Around midnight” next to Herbie Hancock, Tony Williams, Wayne Shorter…

He is part of the acoustic trio Traveling Jazz, accompanied by Èlisabeth Caumont and pierre-Yves Sorin on double bass, in the repertoire of the songs of the cinema.

In 2012, Double détente recorded as a duo with Diégo Imbert.

Diego Imbert began the music by the violin at the age of six, then by the electric bass at 15 years. It was not until 1995 that he began to double bass (Conservatoire in Paris and internships with Jean François Jenny Clark and Eddie Gomez). He won the silver medal at the International Competition of Double Bass in Capbreton during the summer of 1999. After living in Nancy, he moved to Paris in 2000 and participated in numerous training sessions. He was a member of the Regional Orchestra of Jazz in Lorraine from 1992 to 2000. Collaborated punctually with the Paris Jazz Big Band (PJBB) of Pierre Bertrand and Nicolas Folmer. He has also participated in classical concerts by the Orchester de Massy, the Orchester Philharmonique de Lorraine and the Orchester Colonne. He regularly performs in Germany, Italy, Norway and Poland USA, Canada, in such formations as Bireli Lagrène’s “Gipsy Project” or in his trio (since 1998), with the trio of Sylvain Beuf with Franck Agulhon Since 2000) or with the quartet of Flavio Boltro (since 2004). He has also been heard by musicians such as Archie Shepp, Aldo Romano, Richard Galliano, Eric Legnini, Enrico Pieranunzi, Antonio Farao, Jean-Michel Pilc, Franck Avitabile, Pierre de Bethmann, Guillaume de Chassy and David El Malek , Pierrick Pedron, Rosario Giuliani, Alain Jean-Marie, Sylvain Luc, Michael Felberbaum, Michel Perez, Olivier Ker Ourio, Baptiste Trotignon, Sara Lazarus and Elisabeth Kontomanou. He has taught at the Musical and Creative Center of Nancy (CMCN) and then at the Music Academy Institute (MAI) since 1991. He has taught courses, workshops, seminars and masterclasses ‘summer. He also participated in numerous jazz courses as an interpreter (Trier, Lisieux, Semur en Auxois). Diego Imbert was a journalist with Bass & Drums and Guitar & Bass. Also composed the music of the show “Marmonie” and realized the music of “the Shadow of a doubt”, “Paths of crosses” and “A4 interactions” of the company of the Ruisseau (Contemporary dance) Théarto (theater) “Barre mine” and “Godasses”. Also participated in several music of films as interpreter (“The Children” of  Christian Vincent, “A spring in paris” of Jacques Bral). 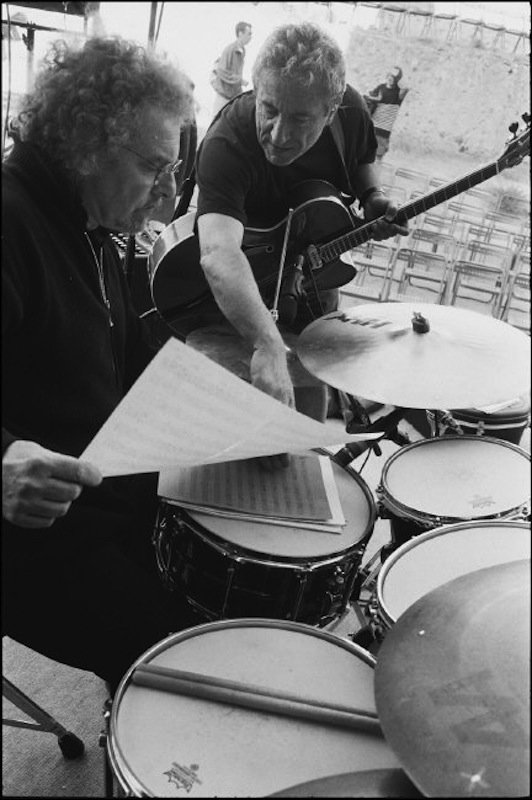 This group is unique – there is no other trio of piano, balaphon and drums. This might be one reason why the music is exceptional and why it can escape many of the clichées of world music and Jazz. Another one is the mixture of three extremely different individuals who share a profound joy of playing and communicating music amongst themselves and with their audience, producing an enormous and inexhaustible positive energy.

Hans Lüdemann is pianist, composer and head of The Trio Ivoire. He is considered to be „one of the most original and expressive European pianists“ (Jazz Podium) or simply „one of the great pianists of contemporary Jazz“ (Hessischer Rundfunk) and is receiving the „ECHO Jazz“ award in 2013. In The Trio Ivoire his „distinct voice of his own“ (Frankfurter Allgemeine Zeitung) on the piano connects to Aly Keita, the „magician of the balaphon“ from Ivory Coast/Mali, whose breathtaking virtuosity and energy is hard to match. He and Lüdemann are „soul mates“ who have found each other across cultural boundaries. Drummer Christian Thomé connects the musical worlds with his unique sound on the drums. With his highly individual style, he gives great clarity even to the most complex rhythmic structures and color to simple grooves. The sparsely used electronic colors of Hans Lüdemanns „virtual piano“ expand or contrast the acoustic instruments.

The Trio Ivoire is melting personal roots of African, European and Jazz traditions and uniting African balafon with piano, drums and electronics to create a contemporary sound that is without comparison. This has little to do with traditional African music, but a lot with finding artistic expression in a globalized reality. On the search of transporting traditional African instruments into the modern world on one hand, looking for new ways of expression in piano and Jazz music on the other, two worlds are approaching each other that seem far apart. The result is a personal expression of our time. Altogether the three musicians create their own music beyond clichées – a joyful play of three exceptional personalities between traditions, visions and experiments. Especially when African polyrhythm and European polyphony unite or when the different backgrounds are emphasized is where the creative energies of the group emerge. The musical magic of Trio Ivoire connects Jazz back to Africa, finding a subtle balance between rich and complex rhythmic and musical structures and an emotional depth that can be touching – playing straight into the heart of the listener. 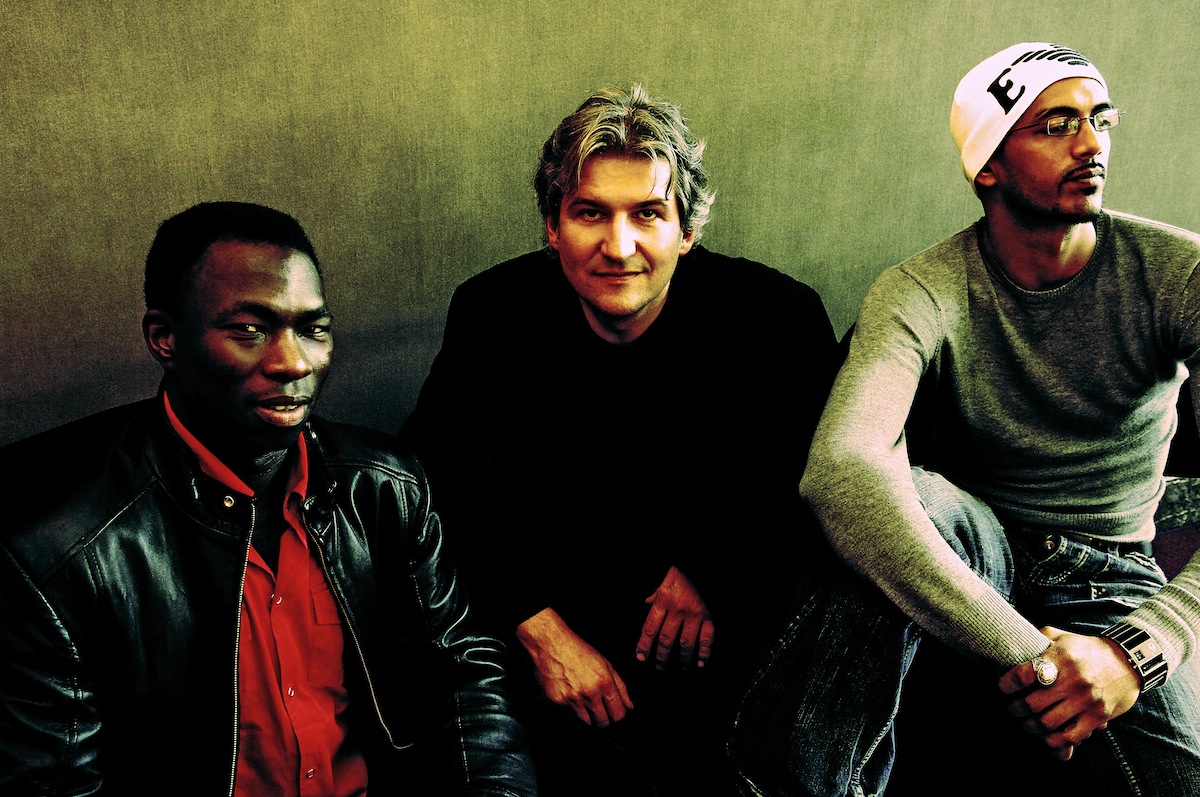