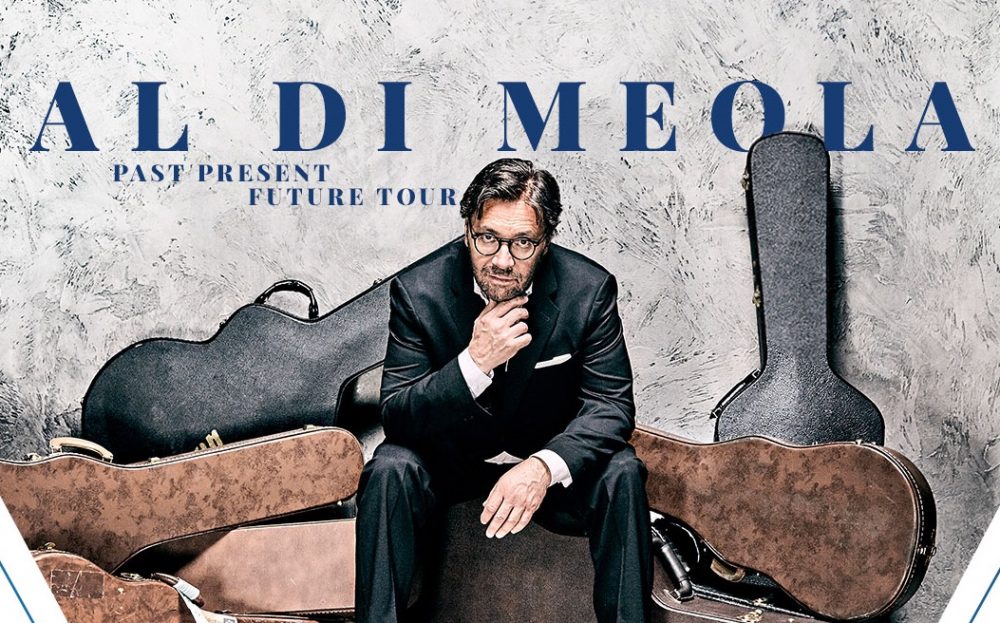 Legendary guitarist who has inspired generations, Al Di Meola, will interpret his compositions as well as those by The Beatles and Astor Piazzolla unplugged with his quartet on the 21st of November at Uniq Hall.

Al Di Meola joined Chick Corea’s famous fusion band Return to Forever in 1974 upon graduating from Berklee Music School and played with them until 1976. Al Di Meola, who has immortalized many different playing styles on the stage, specializes in fusion genre with Latin influence. Meola has been named the “Best Jazz Guitarist” four times by the readers of Guitar Player Magazine.

Al Di Meola attracted attention with his technical ability, his extremely fast and complex guitar solos and compositions in his first solo album Land of the Midnight Sun while presenting a contemporary approach to the Mediterranean culture and flamenco.

His acoustic mastery was the focus of Friday Night in San Francisco, which he recorded with John McLaughlin and Paco De Lucia. He toured with his close friend the legendary guitarist Carlos Santana in 1980. 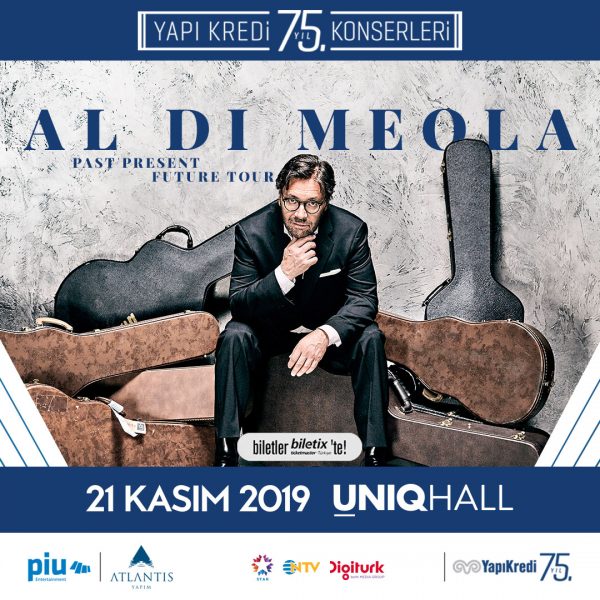 He touched upon new horizons in his acoustic album with electric touches called Cielo e Terra. He gave The Beatles his respects with his 2013 album All Your Life: A Tribute to the Beatles. He recorded this album at Abbey Road, a studio that was significant for the career of The Beatles which is also the namesake of their album which is celebrating its 50th anniversary today. He released his Opus album last year. His productivity never stayed within boundaries with its power to combine modern Latin music with jazz, jazz fusion and World Music.

His own compositions will meet the pieces of the legendary band The Beatles as well as those of Astor Piazzolla, the Argentinian tango master…

A new acoustic experience different than any of Al Di Meola’s concerts so far awaits you on the 21st of November.

Guitar historian Robert Lynch said this about Meola: “There hasn’t been anyone who has worked as much on technique than Al Di Meola to improve himself in the history of guitar. His mastery on many styles and scales is fascinating. I feel privileged to study his works for so many years.”

Musicians who will accompany Al Di Meola during the concert: