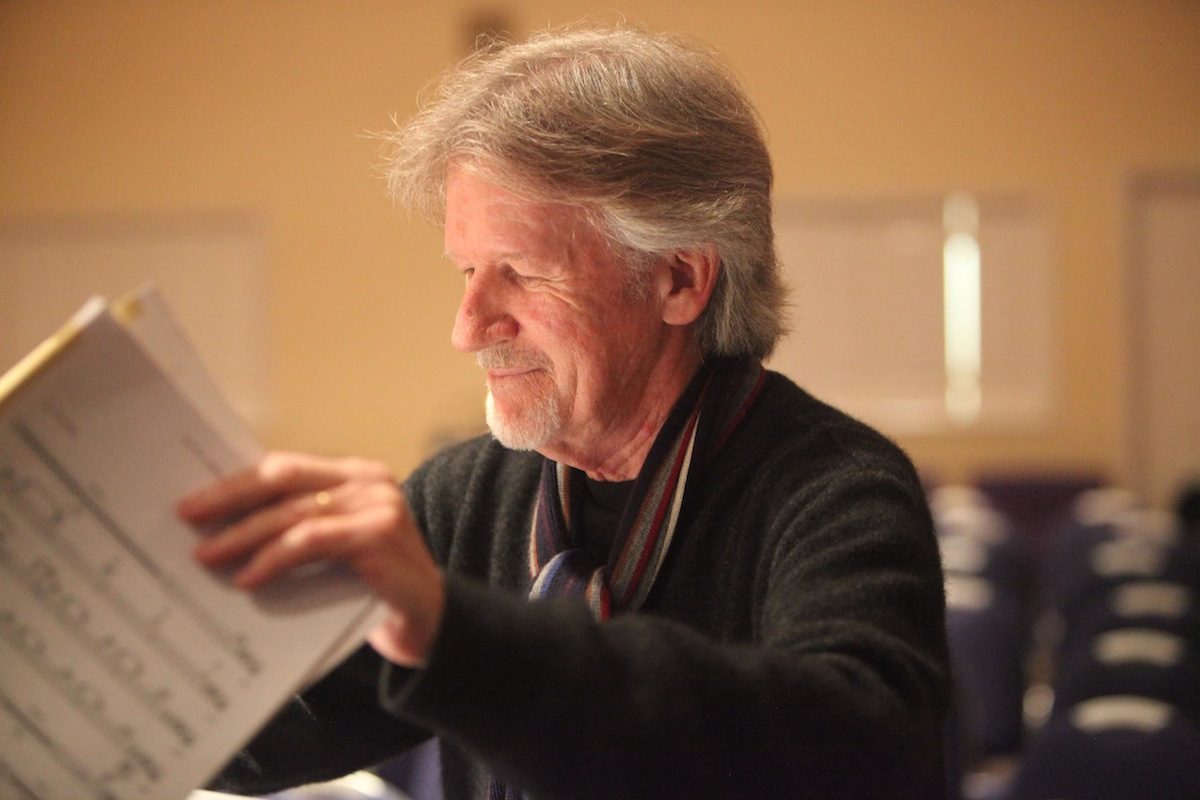 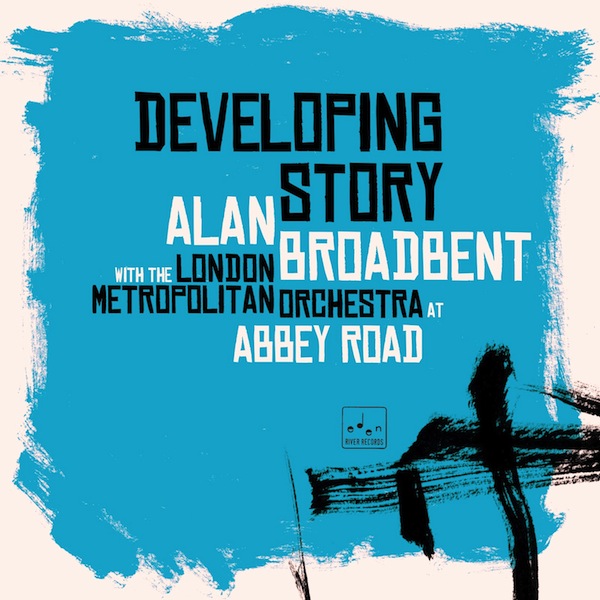 It must have been about 3 years ago, a billboard caught my eye while I was heading towards Levent. I couldn’t help but admire the showy billboard for a couple of seconds and almost drove into the car in the front! Despite the screams of the people on the road, I was still incredibly excited by the colorful letters on that huge billboard: “2 Masters 2Pianos – Kerem Görsev & Alan Broadbent”…

I honestly couldn’t believe it at first. It isn’t necessary to discuss the prominence of Kerem Görsev in the Turkish jazz circles, since he has been one of the 2-3 top names in Turkish jazz for the past 10-15 years. However, I took a second and wondered when I saw Alan Broadbent’s name, because he is the musician who did the orchestration of Paul McCartney’s first album of standards “Kisses on the Bottom”, then recorded the album “Therapy” and toured with Ernie Watts (his friend from Kerem Görsev Trio and Charlie Haden – Quartet West) and then returned to his home country for his personal projects. I thought it couldn’t be, after so many years of devotedly following his albums and projects. “It can’t be, legendary Alan Broadbent, the very same one who toured many countries with many orchestras, is coming to Istanbul to accompany Kerem Görsev Trio?”

The intense preparation effort I saw at Kanyon Shopping Center on the evening of the 16th of November made me even happier, because a legend, one who was nominated for 8 Grammy Awards and got two with “When I Fall In Love” in 1997 and “Lonely Town” in 2000, would be sitting in front of Kerem Görsev during this special concert. One thing that I admire about Broadbent is how down to earth he is, and I liked him even more seeing how this incredible musician, maybe one of the best who is alive, wondered around in the shopping mall, window shopping, knowing very well that nobody would recognize him from afar and run to him screaming, while Kerem Görsev, Kağan Yıldız and Ferit Odman immortalized the concert memories with giving out autographs and taking photos.

There is no way of knowing if the performance of Broadbent and Kerem Görsev Trio this evening at Kanyon Shopping Center might ever happen again. However, the friendship between these two musicians got even stronger in 2017 and Broadbent would continue on to work as the conductor and the arranger of Görsev’s 17th studio album “Spring Water”.

There is something evident about “Spring Water”; for Kerem Görsev, Alan Broadbent is what Claus Ogerman was for Bill Evans. 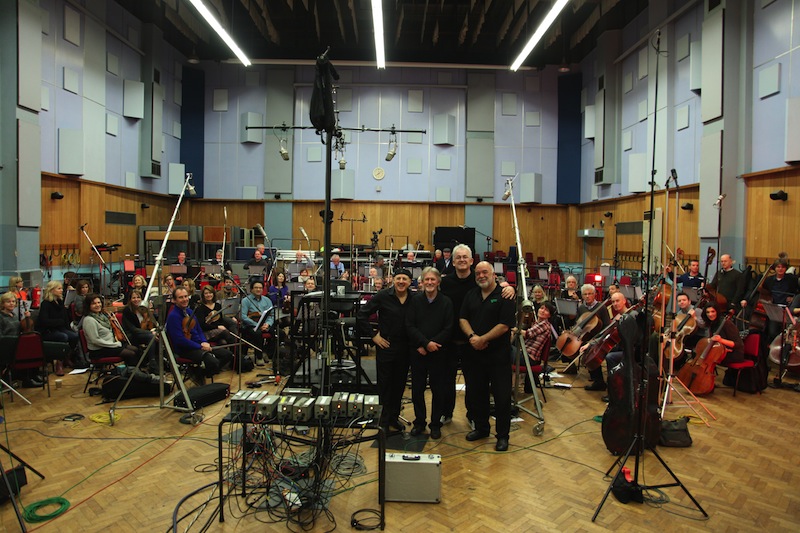 We can hear the silent but deep screams of Broadbent alongside countless big jazz stars and ‘egos’ such as Diana Krall, Pet Metheny and Michael Buble. Broadbent also wanted to make his dream that he carried in his heart since the 1970s come true, and combine trio music with an orchestra in order to tell the story in his head in the best way possible. He realized this dream with London Metropolitan Orchestra in the famous Abbey Road studios, and was accompanied by the jazz fusion band Weather Report’s Peter Erskine, whom we know from his work in more than 600 albums and soundtracks, on the drums and by Harvie S, who has worked with legendary musicians like Chet Baker, Stan Getz, Gil Evans, Tony Bennett, Michael Brecker , and has toured Europe and Southeaster Asia with the title of “jazz ambassador” of America, on the double bass. (Editor’s note: Harvie S performed in Turkey in 2009 at Nardis Jazz Club) Knowing well how strong London Metropolitan Orchestra’s live performance CV is (Eric Clapton, Sting, Quincy Jones, Jimmy Page/Robert Plant, Pink Floyd, Vangelis, etc…) we can say that they did not disappoint Alan Broadbent in “Developing Story”.

The pieces written by Broadbent in the album are divided into movements instead of parts, and even this choice alone points to how creative the musician is. “Movement 1” reflects on the Hollywood-esque atmosphere in the album right from the start. The orchestra starts off strong, and the trio salutes the listener after Broadbent’s introductory solo. He gently keeps up with the trio, and it is incredible to witness his dream come true like this! “Movement 2”, dedicated to Broadbent’s wife Alison, expresses the love in Broadbent’s heart in the form of a waltz. “Movement 3” starts with the trio, and then the orchestra joins in, giving the feeling of a sweet pursuit. Erskine’s solo at the climax of this pursuit and then the way the wind instruments join in are worth paying attention to. The notes take the listeners to the edge of a cliff mid-piece, only to revert back to the cheerful mood of the intro. Movement 3 is a piece that one will get used to the more they listen to the album.

Before listening to “If You Could See Me Now” in Ferit Odman’s Dameronia With Strings”, his third studio album from Equinox which is a respectful nod to Tadd Dameron, I have listened to Dianne Reeves and Morgana King perform this piece. It was a great joy to listen to this piece as accompanied by a big orchestra.

The cover pieces in the album are Coltrane’s “Naima”, the Miles classics “Blue In Green”, which Broadbent played with Charlie Haden and the Quartet West band and dedicated this version to the double bass player himself, and “Milestones” with the influences of Gil Evans; the listeners will surely put this version of the piece on repeat… “Lady in the Lake”, recorded by Quartet West for “Haunted Heart” album during the years when the quartet was in awe of the film noir movement, will surely receive an A+ from the listeners with the version recorded for this album. Broadbent wanted to express his feelings for the disastrous 1970 earthquake in Lima and its aftermath, and especially the feelings of the children who experienced the earthquake in  “The Children of Lima” with Woody Herman & Houston Symphony Orchestra. This time, he expresses the same feelings with London Metropolitan Orchestra instead.

“Developing Story”, a testament to how dreams can come true, will surely have a special place in the collection of those who like orchestral music and orchestral jazz.