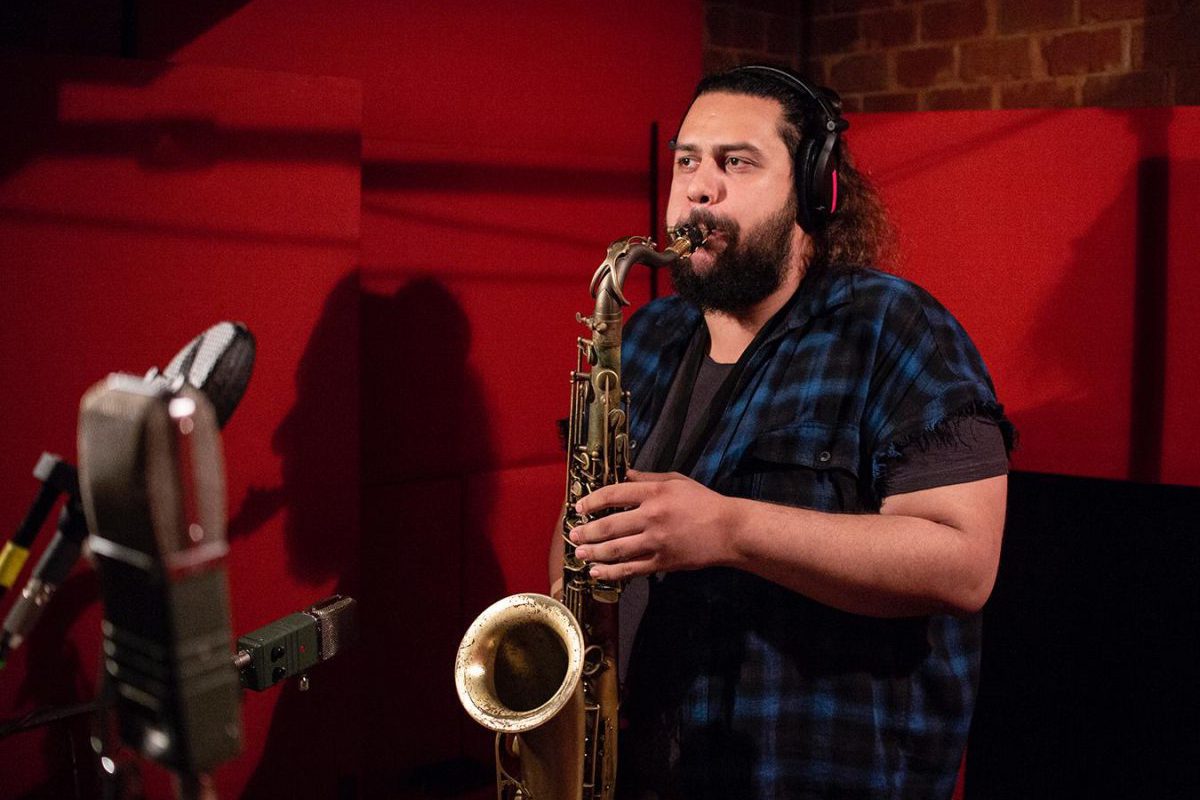 It means you are getting old if you can tell someone “I know your childhood”.

It was summer when I listened to Anıl Şallel and his brother Batu for the first time, there was a jazz picnic event in Maslak, organized by Istanbul Jazz Festival and the energy of these brothers really enchanted me.

Years passed, they became teenagers and then young men, I followed their journey and watched their concerts. Then one day came and I received a note from crownless queen of our jazz world, Zuhal Focan, that Anıl Şallıel recorded a new album called ‘166 Days’ and it was necessary to announce this project to jazz lovers. We sat down at Firuz Kafe in Cihangir, Anıl talked, we recorded and time fly by.

Anıl’s manager, my dear friend Özlem Köseoğlu sent me the press release, so I took a look at it before our interview and it said the following.

‘166 Days’ is the first solo album of saxophonist Anıl Şallıel, who is one of the most prolific representatives of the younger generation of jazz music. Şallıel has put out What da Funk, a result of his passion for jazz, Şallıel Bros. project with his alto saxophonist brother Batu Şallıel and Funkbook with Önder Focan in the past 10 years. Şallıel gained a following despite his young age and this time he recorded his own compositions, accompanied by his prominent musician friends.

Anıl Şallıel is accompanied by Tolga Erzurumlu on the piano and keys, Cahit Kutrafalı on the bass guitar and Ekin Cengizkan on the drums. The guests include Hüsnü Şenlendirici on the clarinet, Deniz Taşar on the vocals with her own lyrics, Önder Focan on the guitar, Cenk Erdoğan on the fretless guitar, Mustafa İpekçioğlu on electric ‘bağlama’, Furkan Bilgi on the classical ‘kemençe’, Batu Şallıel on soprano sax, Hasan Gözetlik on the trumpet and Memduh Akatay on percussion. 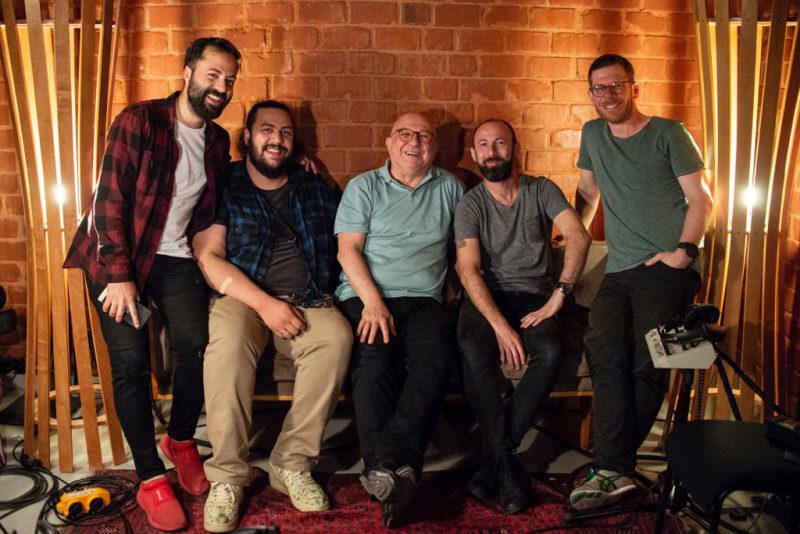 ‘166 Days’ is a jazz album, but it doesn’t solely consist of jazz. It embodies funk, electronic grooves, rap and fusion, and most importantly the rich musical reflections of this geography. Sometimes in the language of Eastern instruments like clarinet, kemençe or bağlama; sometimes in the strings of the fretless guitar, sometimes in the alaturca melodies of saxophone and trumpet… ‘166 Days’ is an album that feeds on the geography it was born in while also keeping its ties to contemporary jazz.

All the pieces are written by Anıl Şallıel except for one. Nefes, a piece by the band Redd, is composed by Doğan Duru and Berke Hatipoğlu and arranged by Tolga Erzurumlu.

Anıl Şallıel describes this album as a reflection of sudden cultural shifts and memories he collected in the cities he visited during touring with musicians for his personal and accompanying projects on his music. This album takes the listener on a tour with its many colors.

Anıl told me about what this press release did not mention:

This album actually tells the story of a young musician who travels and works a lot. There are some days I perform at three different venues, day and night, but I go on without feeling tired.

I am 26 years old, I am married, my wife is a cellist. The neighbours have a hard time with two musicians living together in a house.

Album’s intro is from a soundcheck, I wanted to reflect the preparation stage of the musicians before getting on to the music. This hasn’t been done in a Turkish album yet as far as I know. It looks like Arap Kadri’s intro but it actually is an intro to the album.

Arap Kadri is a term used in the music circles, used for all musicians. Önder Focan did the track listing, and this was the first piece after the intro. Cenk Erdoğan plays fretless electric guitar here. It is a fusion that doesn’t over-emphasize the synthesis of the East and the West. Of course there is such a synthesis. I am not a musician who ignores his own music. Americans have done everything that could be done with jazz. We start with their roots and try to represent jazz as much as we can. But there are many who already do this. It is necessary to look for something new. There aren’t many saxophonists who play our own Turkish music. I wanted to work on jazz and Turkish motives dilligently.

The second piece is Dafi, Furkan Bilgi plays kemençe here. He is the ‘tırnak kemençe’ master of the band Yeni Türkü for twenty years and also is a TRT artist. I was thinking of using the trumpet in this piece, was going to ask a foreign musician to play it but then I changed my mind. I worked with Furkan Bilgi when I decided to try tırnak kemençe out and it worked really well. It was an interesting experiment because saxophone and Istanbul kemençe play in unison. This is my favorite piece in the album. The music takes the listener somewhere else.

166 Days tells the life story of a musician; my life with all its movement. Hüsnü Şenlendirici plays the G clarinet here. It isn’t an E Flat clarinet. I especially wanted him to play in this piece. We grew up with their music, it is an honor to have him play in my album. My brother Batu plays the soprano sax and Hasan Gözetlik plays the alaturca mute trumpet. Deniz Taşar sings her own rap lyrics in English.

Nefes is the only cover piece in the album, a Redd piece. It is a rather long piece that lasts 10 minutes and Önder Focan plays in the foreground throughout the piece. He is also my mentor. We have two albums together. Tolga Erzurumlu plays the piano and we have a serious trade-off near the end. 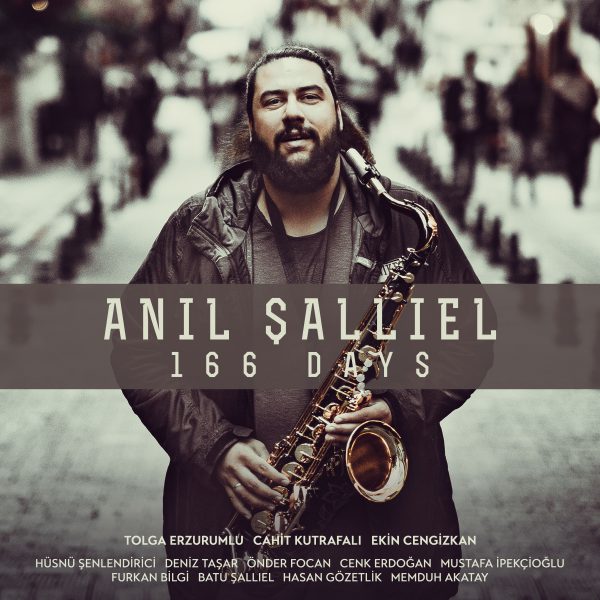 Türk Caz Musikisi is the piece before the last. A colleague asked me why I chose this title during the CRR Big Band rehearsal yesterday. Then the bridge came up and he understood when he heard the bağlama playing. The piece goes from the Western form to the Eastern one suddenly. Mustafa İpekçioğlu plays the electric bağlama and Memduh Akatay plays the percussion.

O.S.L.O. is the last piece of the album. We went to Oslo to give a concert, as you know the sun rarely can be seen there. The sun came out after 6 months when we were there and everybody was out in the streets, I was wandering about and I took my instrument out on the beach and recorded this melody with my phone. The piece ended up being called O.S.L.O.

Tolga Erzurumlu accompanied me on the piano, Cahit Kutrafalı on the bass guitar and Ekin Cengizkan on the drums in this album.

The album was recorded at  Hayyam Studios, its mix and mastering was done by Emre Yazgın. Cahit Kurtafalı wrote the arrangement for O.S.L.O. and Tolga Erzurumlu wrote the rest of them.

I think every album is a stopping point in the musician’s life, a breath and a collective expression of things life through. Anıl said his dreams are slowly coming through with this alban and that he wants to record 4 more albums until he is 30. He wanted a band like INCOGNITO and founded What da Funk and he thinks this project got to great places. He and his brother are known as Şallıel Brothers together. He wants to work on being known worldwide.

According to Anıl, jazz is going somewhere in this chaotic period, he likes the Marsalis approach but his real favorite is Robert Glasper’s outlook on jazz. He thinks jazz will develop in a direction that combines new soul and jazz like Glasper does. He reharmonizes different styles. But he thinks jazz will fundamentally always exist.

I am looking for my own path within this change, I am only at the beginning but I think I found my saxophone sound. One should be accomplished in Turkey before finding their own place in the world. Then we will take a look at Europe. There are great musicians in Turkey but a lot is lacking in te marketing and promotional departments. And they don’t receive the respect they deserve as well as the existence of caderisation. I think the same people shouldn’t keep on playing at the same clubs and that other musicians should get a chance as well.

I want to take my own projects abroad, I can attend workshops but I don’t plan to live there or attend a music school. I improve every day and I will probably be much different than today in the future.

We learnt everything from our father Mümin Şallıel, he is a really special person; he is a great saxophone player as well as a great teacher.

We drank our teas, had our conversation. I think 166 Days is a great album, and we will keep hearing Anıl Şallıel’s name in the future. I remember his childhood but I will hopefully see him become a worldwide acclaimed musician in the future.