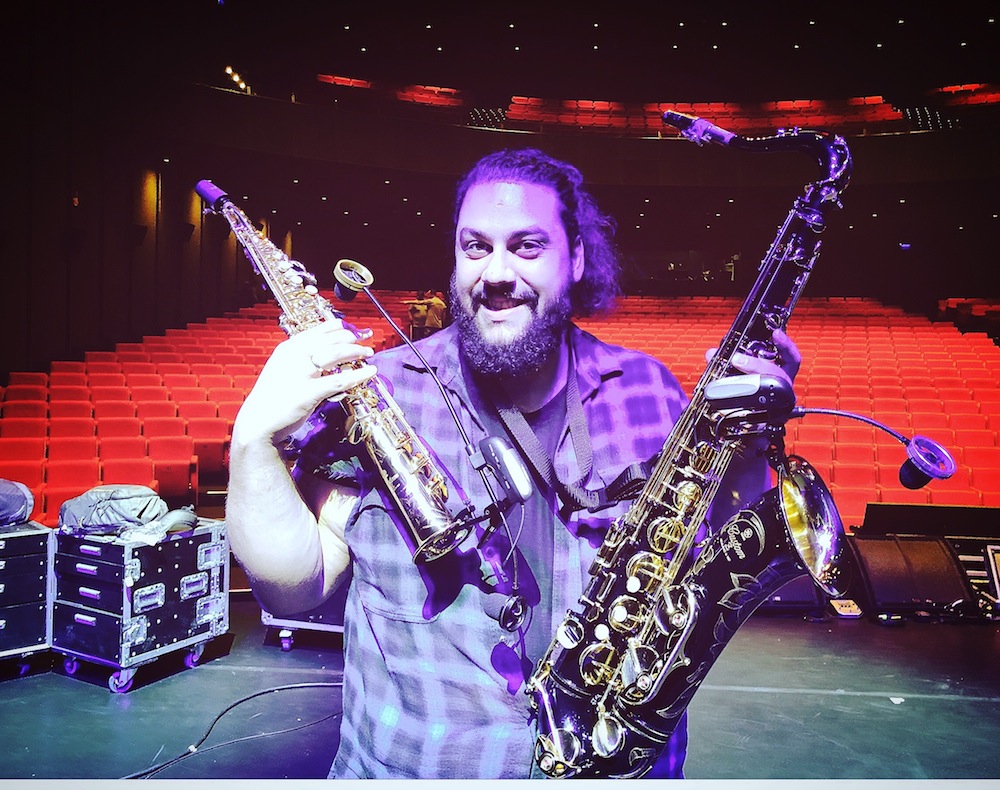 Saxophone player Anıl Şallıel was İrem Gökbudak’s guest this time on her ‘Bizim Cazcılar’ at NTV Radio. Anıl Şallıel talked about his latest album with his bother “Şallıel Bros Famire” and his previous album “Önder Focan & Şallel Bros Funkbook”, as well as his introduction story to music and his instrument and his journey in music.

“Two Albums at Once”

Two albums were released back to back. I wasn’t expecting that, it was a surprise to me. We recorded Funkbook A La Turc album in Halil İbrahim Işık’s studio. Erhan Seçkin played the drums, Mehmet Özen the bass guitar, Önder Focan wrote the arrangements for the pieces as well as playing the guitar, Batu Şallıel alto sax and I played tenor sax. We reinterpreted old Turkish songs as jazz pieces. I played them close to their Turkish originals. We made them more readily accessible. Tolga Bedir wrote the arrangements for the other album. Caner Üstündağ played the bass guitar and Volkan Öktem played the drums.

My music story started in Adana. My father worked with a singer called Kurtuluş. He would take me and my brother Batu along. He would clean his saxophone after every concert. We would sit by his side and watch him for hours. One day when I was about 7-8 years old, my father asked me “Would you prefer going to the conservatoire or the school?” I chose to go to the school but I also started taking music lessons. I had to play the cello, the violin or a wind instrument. I picked the wind instrument. I tried the violin out for a week before that but I ended up putting it aside.

“Musical Way of living in Istanbul”

We came to Istanbul when I was 11 and our musical life slowly took off. We entered IKSV’s Young Jazz competition. We started doing small shows on top of that. There was Dramfest, lead by Hamdi Akatay and Mehmet Akatay. Laço Tayfa was very popular there and we would play before them as “Şallıel Bros”.

I can say that I played all wind instruments. I play the B Flat clarinet. A lot of people started playing the G clarinet after Hüsnü Şenlendici. But I have always prefered the B Flat. Because it is more well suited to Western music. I play the flute in addition to that. Its name is the flute but since if is held side-ways, we call it side-ways flute in Turkish. I also play the bigger trumpet.

“Sibel Can wasn’t in Our Lives”

There would always be Michael Brecker, Bill Evans, Stangenes, Paul Desmond playing in the house. Our father would always make us listen to them. He injected those pieces in our blood. Sibel Can wasn’t in our lives, for example.

“You Have to Trust Your Soul and Ear”

I think jazz is based on rhythm. I always listen to the piano, bass and the drums on the stage. You play well when the drummer and the bassist play well. I am against reading notes while playing jazz, especially when playing solos. Because that holds you back. I think you have to trust your soul and your ear. It is better to listen to a piece and to fully digest it before playing a solo.

I always have recording sessions for albums when I get out of the house. We play the things you hear on the radio, the ones that include wind instruments. We work with Sezen Aksu, Ajda Pekkan, Kenan Doğulu, Volkan Konak and Mehmet Erdem for all of their popular pieces. We have a wind band. We give  solo performances as well. We have been playing at Akustikhane since the start. I try to play all genres in addition to jazz. There is nobody who plays a la Turca on the saxophone. I try to do that the best that I can. 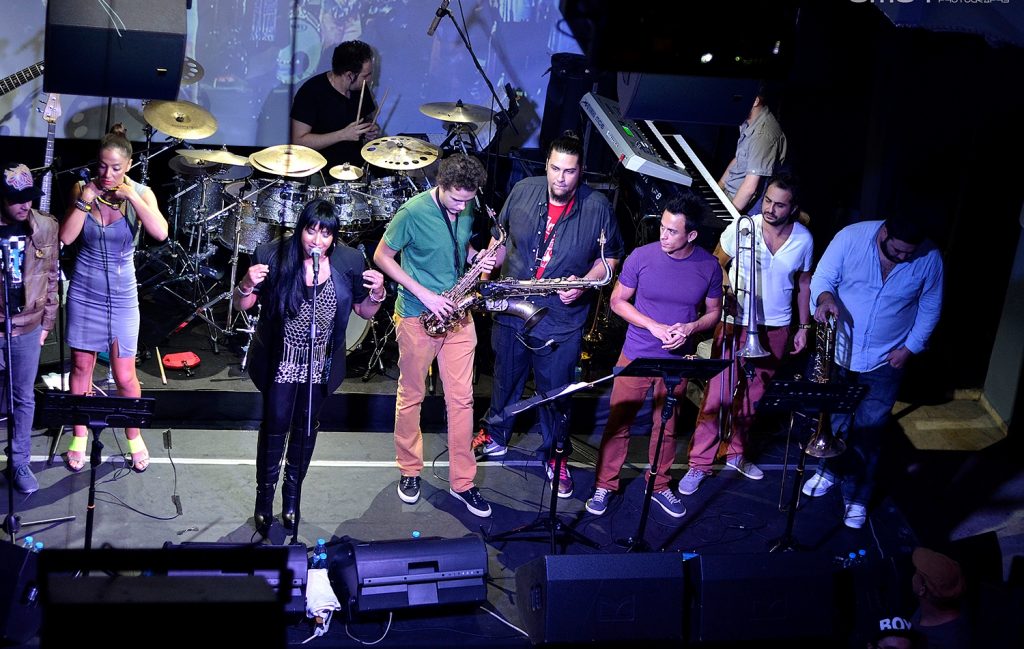 “It is Different to Work with Sezen Aksu!”

It is amazing for me to work with Sezen Aksu! She is a diva! What a great human being. Her stage performance is incredible. So is Kenan Doğulu’s!

“What Da Funk” was one of my biggest dreams! I managed that somehow. I wanted such a band, I realized that wish and released an album. We work with many musicians, my artist friends don’t forsake me. We are a well-known band now. I go everywhere I want with my music on top of that. We give concerts in many different countries. I can say that I am realizing my dreams this way.