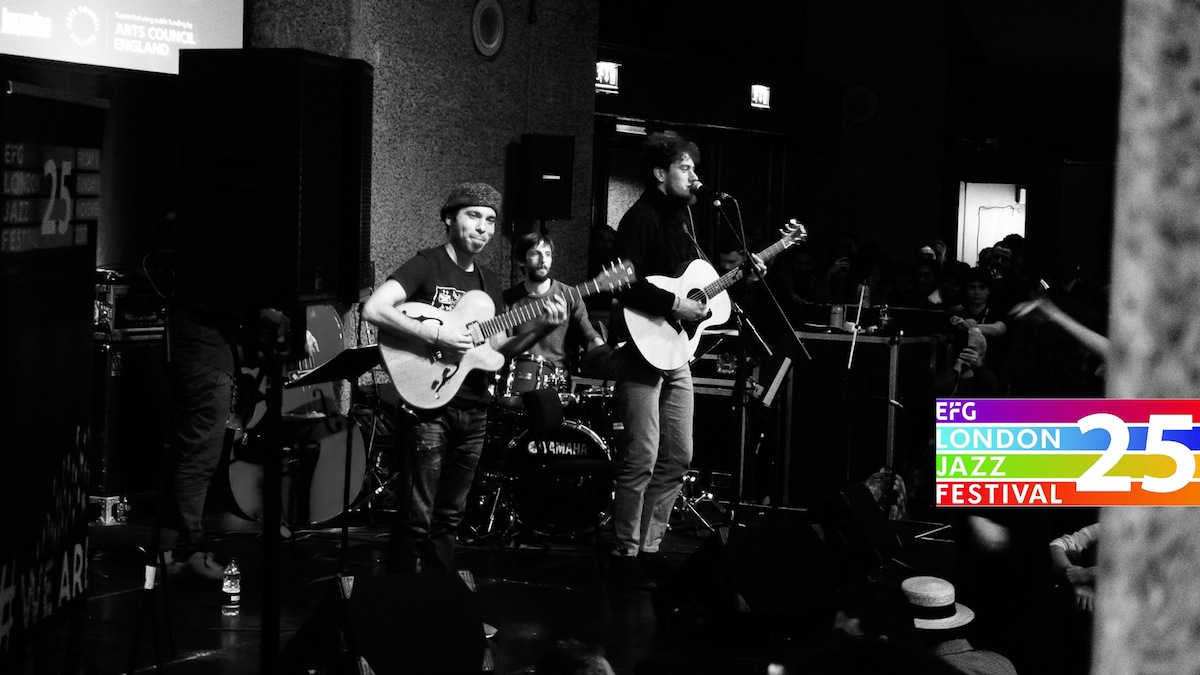 Serious team, which has been organizing London Jazz Fest for the past 25 years, correspond with IKSV (Istanbul Foundation for Culture and Arts) and ask for their recommendation on musicians who should participate in this year’s festival. IKSV makes a recommendation of 14 different projects and musicians. Serious opts for Bilal Karaman. His effective performance features in the previous years could have played a role in this choice. After all, he has rocked on the stage alongside famous musicians such as Marcus Miller, Butch Morris, Ricky Ford, Harvie S, Lars Danielsson, Dianne Reeves, Mike Moreno and Gustav Lundgren in the previous years. It is great to see this musician, who has performed during many international festivals, participating in London Jazz Festival.

We are at Barbican Centre, one of the most influential examples of Brutalist architecture in London, in order to watch Bilal Karaman’s performance. Barbican Centre’s foyer has a stage of its own and hosts some serious performances. Bilal’s trio has a special guest this time around; talented Mr. Evrencan Gündüz, who is currently working on his own album. If you use the social media or ferries in Istanbul, you probably have come across him. 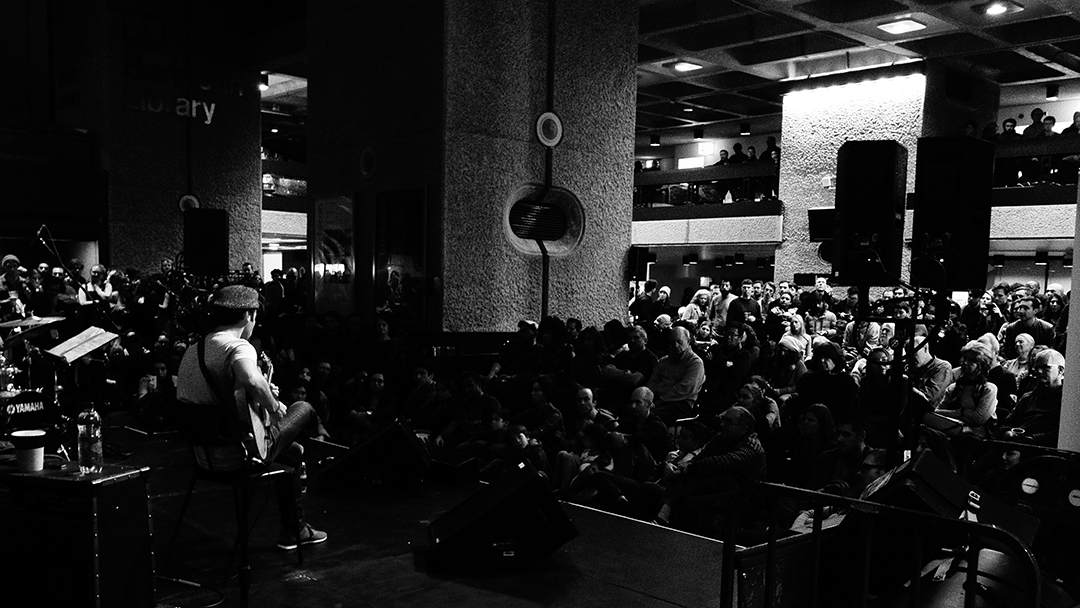 Bilal Karaman Trio with Apostolos Sideris on the double bass and Erdem Göymen on the drums step on the stage the first and start playing a selection of pieces from Bilal’s albums.

I almost don’t come across anyone who is speaking in English in the foyer. 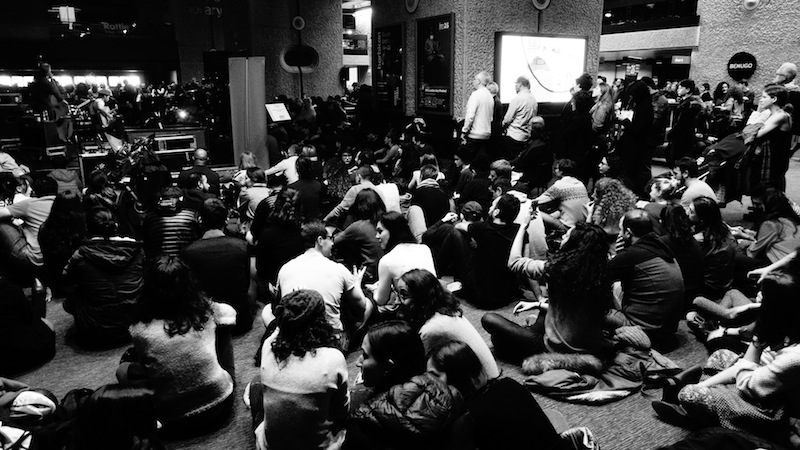 The crowd in Barbican’s foyer is enjoying themselves while listening to Bilal’s incredible interpretation of Mahur, Çayeli, Ağustos Böceği, Bahane, Zuluf and Anan varmidur. Bilal presents an easy-to-digest experience to the audience by interpreting well-known Anatolian folk melodies through his own internal search. One gets the opportunity to follow his talents in much more detail. A bond forms between the artists and the audience. Bilal’s magican touch might be coming from this as well as his talent as an instrumentalist.

We can back this claim up with an example;

It is Evrencan’s turn after the trio’s performance.

First observation is that he is very excited and very professional. I would like to call the way he uses his voice “Turkish Heavy Vocal Industry” (Thank you Ahenk).

What a talented, relaxed and shining young man. The crowd goes crazy while listening to his interpretations. There is not an empty square inch in the foyer, with the help of Bilal’s rich musical contribution. 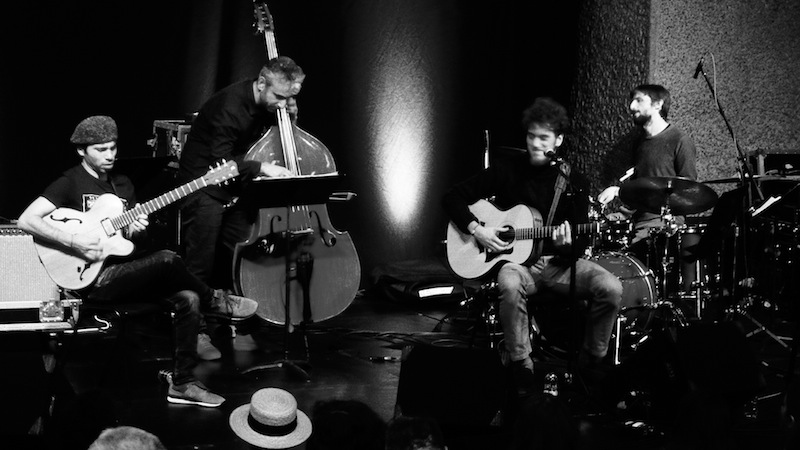 I am not sure whether Evrencan Gündüz or Bilal Karaman is an alien, but they seem to be ready to continue in giving the world beautiful messages together on the stage.