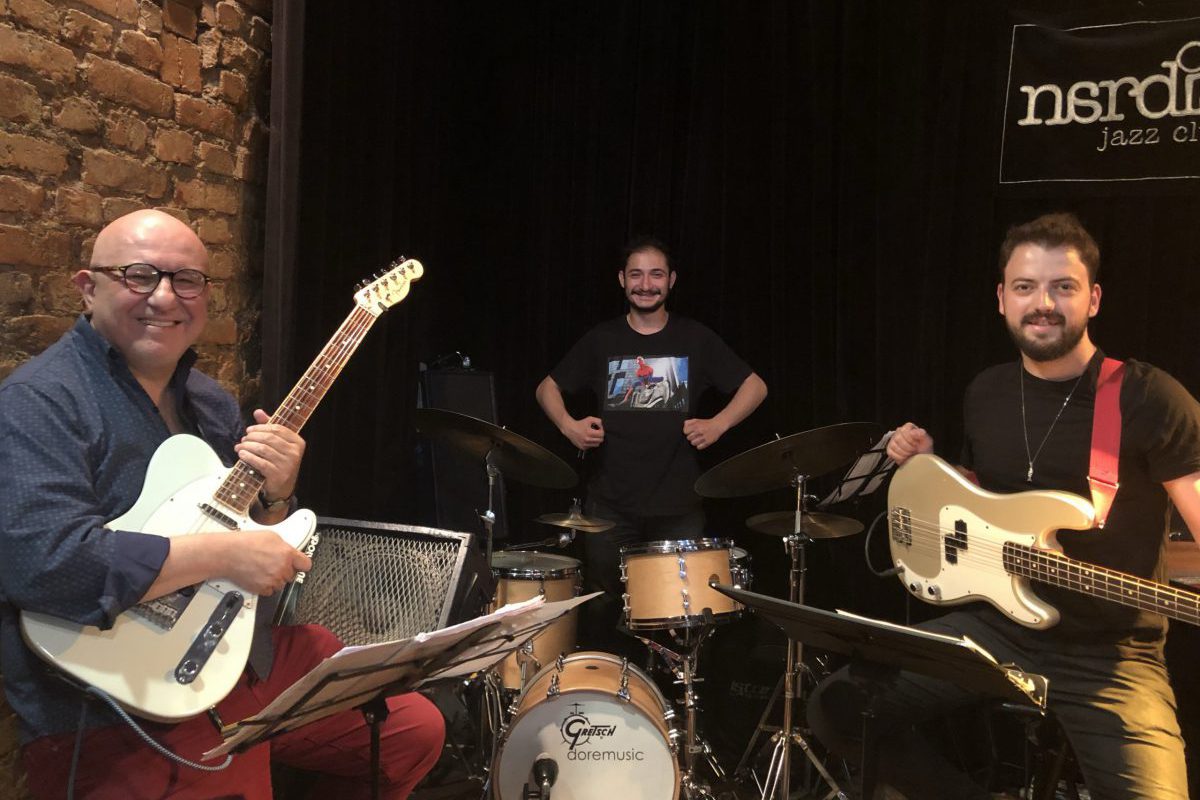 Önder Focan has been active as a composer and music director in his latest works and hasn’t emphasized his guitarist side in his albums since Beneath The Stars (Yıldızların Altında).

“Nubook” album was born out of the wish to record a trio album with Focan’s current band members bassist Enver Muhamedi and drummer Burak Cihangirli, consisting of the repertoire of the trio has played during their concerts. This album focuses on Focan as a guitarist once again. The pieces on the album, except for George Gershwin’s “Our Love Is Here To Stay” and Bosnian guitarist Muris Varajic great composition “Silent Inner Cry”, are of course written by Önder Focan as usual.

We talked to Önder Focan  about the release of “Nubook”, which coincided with a rather unusual era, and the sectoral trauma caused by the pandemic, fueled by a conversation that started with Nardis Jazz Club, which Focan has been directing and managing for many years.

Congratulations on “Nubook”, which was released in a very tough time. How would you describe the concept of “Nubook” whose title follows the tradition of “Songbook” and “Funkbook”?

“Songbook” is the vocalist interpretation of my pieces whereas “Funkbook” is an energetic take on my funk jazz compositions and arrangements I have written for my pieces in funk-jazz genre. Both of these albums highlighted composer and arrangement writer Önder Focan instead of guitarist Önder Focan. Just as all guitarists, I have always liked the format in which the guitar plays the melodies and leads the accompanying bass and drums. We have formed a trio three years ago with Enver Muhamedi and Burak Cihangirli that is confident in their choice of pieces and arrangements, who played tightly and in which the members know each other very well. Nu Book is a project of this new recent formation and is a result of the trio sound and is the recorded format of our repertoire as a trio.

You have a working synergy with Enver Muhammedi and Burak Cihangirli in guitar, bass and drums trio format for a long time. Taking this trio as the starting point, what are your priorities in both musicality and group discipline in the bands you form?

The facts that this trio has the advantage of playing together for a long time in unity, tightness and confidence and that the trio plays as a single instrument with our dynamics and musical ideas. The main goal is to create a trio that listen to one another, whose members know each other very well and play as a single body.

I am curious about something; have you ever changed, paced down, expanded or downsized a project according to how you feel when you start recording in a studio as compared to how you envisioned it on the stage?

Studio is unfortunately a space that limits musical creativity and musicality. At least for me. Because it is always somehow more tense than the stage and there is no interaction with the audience since there is none. There also is the time limit on recorded pieces. Therefore we especially limit the solo length during recording. We add new arrangement ideas, however small they may be, to pieces on the day of the recording or concert according to how we feel that day.

You tell about the details of daily life very plainly and sincerely in “Nubook” similar to your other albums to date. From Galata to Finland, what is the time period the story of the album takes place in?

Both compositions and the other pieces are products of the last three years in which we have started to work with this trio. However, there are some older pieces such as “Galata 8” and “Annem” that I haven’t played much but decided to bring back to life with this trio.

You chose Özge Ekmekçioğlu’s magnificent illustration for the cover this time, I love it. What does the cover reveal about this music?

Özge Ekmekçioğlu drew this illustration during one of my live performances in Nardis (most likely with this trio). Therefore it goes hand in hand with the rehearsed but yet spontaneous nature of jazz. Moreover, it was created as the music was being performed. We shouldn’t forget about Murat Öneş’s art which made this illustration come to life through his album cover design.

You have a gorgeous guitar collection. For example, what do the guitars you played in this album represent and how?

I always prefer hollow body jazz guitars except for in “Funkbook”. I prefer thin bodies lately without giving up on full body sound while having the ease of playing. I have been using two similar guitars lately, Gibson ES275 and Peerless Sunset. They have very similar tones and their feel is similar as well.

I will repeat my go-to question during the pandemic. What are your thoughts and expectations about this period we are in as a musician and a jazz club owner?

The music business has taken the biggest toll due to the pandemic. Musicians are in a very tough situation if they aren’t actively teaching or are a part of a state orchestra and have stable income from that. These hardships increase exponentially as this situation goes on. Musicians are making their entire earnings through live performances in the recent years, though being a jazz musicians has always been like that. Their incomes diminish or disappear as the isolation and social distancing requirements are intact, though they are required tos tay safe during the pandemic. Online performances, academia etc. only serve to keep the musicians relevant but almost bring no income.

The capacity has fallen down to 1/3 as a music venue due to social distancing rules and the fact that we cannot accept standing audiences. We cannot even reach that capacity due to the fears of people and them not wanting to go out. We have rent and wages to pay. Being closed down also means maximum loss, we try to mitigate this loss with the ‘one is greater than zero’ mentality and reach out into our own pockets. We have no other choice than to wait for these days to pass with the careful and calculating nature that comes from being an engineer while minimizing the damage. I know that there is no government support to the musicians and venues and that it is naive to expect so. My only expectation is to wait for this pandemic to be over and that everything goes back to normal.