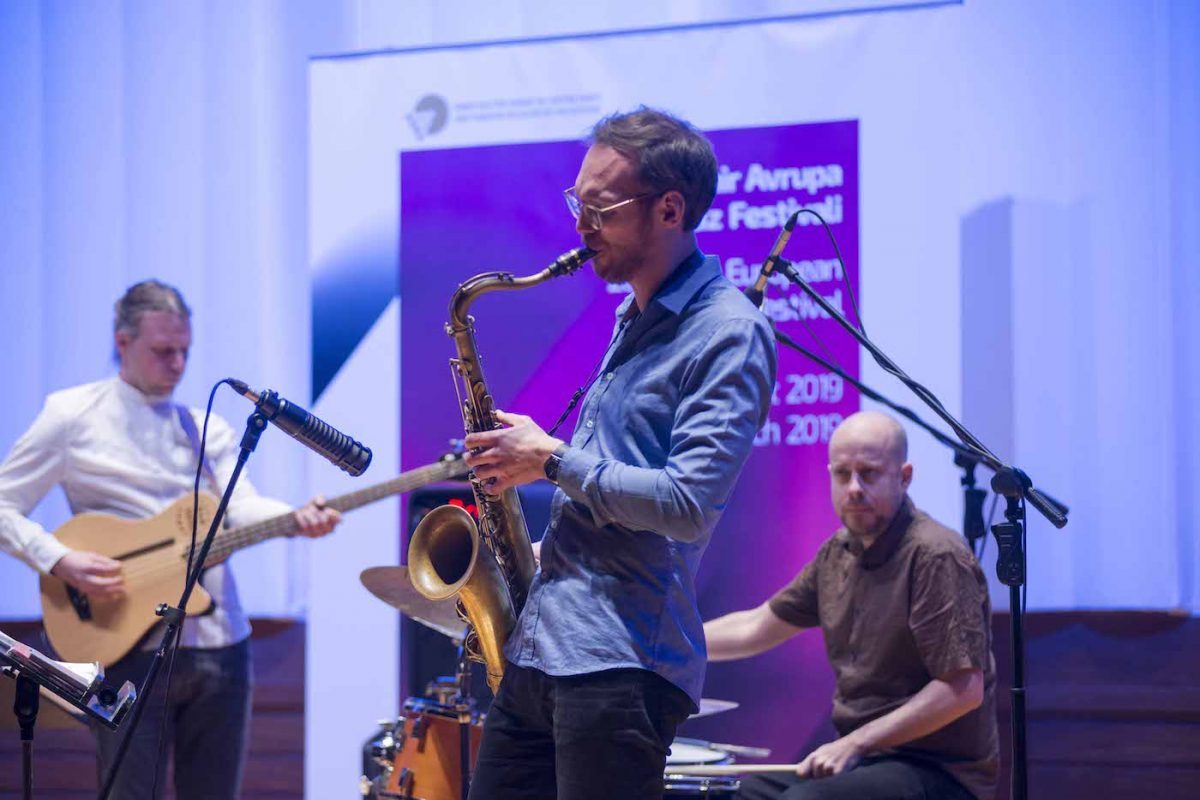 “Good Music Exists within the Moment, It is Spread in It”

Which city from Germany do you come from?

I come from a small town called Stadthagen. It is a town near Hannover. I grew up there and moved to Berlin and studied college there. I learnt many things about music there and met new people. Then I went to New York for the master’s degree. I currently travel back and forth between these two cities.

You must be traveling a lot then…

I found a video of you shot in 1991. A saxophonist Peter Pan!

Right? I was wondering who I looked like as a kid! I was six years old in that video. A friend’s father gave me a toy saxophone. My father listened to jazz as well. I would imitate the music he listened to in my own way. But it must have affected me because when my friend wanted to take music lessons, so did I. And naturally I picked saxophone. I had a toy one already, of course I would pick that one!

What is your connection to the cities?

I found the titles of the pieces in your latest album very interesting. Could it be a potpourri of life? I am sure there are stories behind these titles.

Yes, definitely. I wanted to name them according to places and people that inspire me. Schaumburg is the district I was born it, my home. Mala’s World is dedicated to Mala, a really powerful woman I met in Malasia, and all the other strong women who want to hold the reins of their own lives in their hands.

We gave a concert in Syria in 2010, before the war. We were on a tour with the band and I somehow got lost. I didn’t understand anything because the road signs were in Arabic. It was a desperate moment. There was somebody sitting on the corner of the street and I asked him (his name was Muhammad). He was one of the kindest people I have ever met. He helped me a lot. I thought about him after the war broke out, wondered what he was doing, what happened to him. 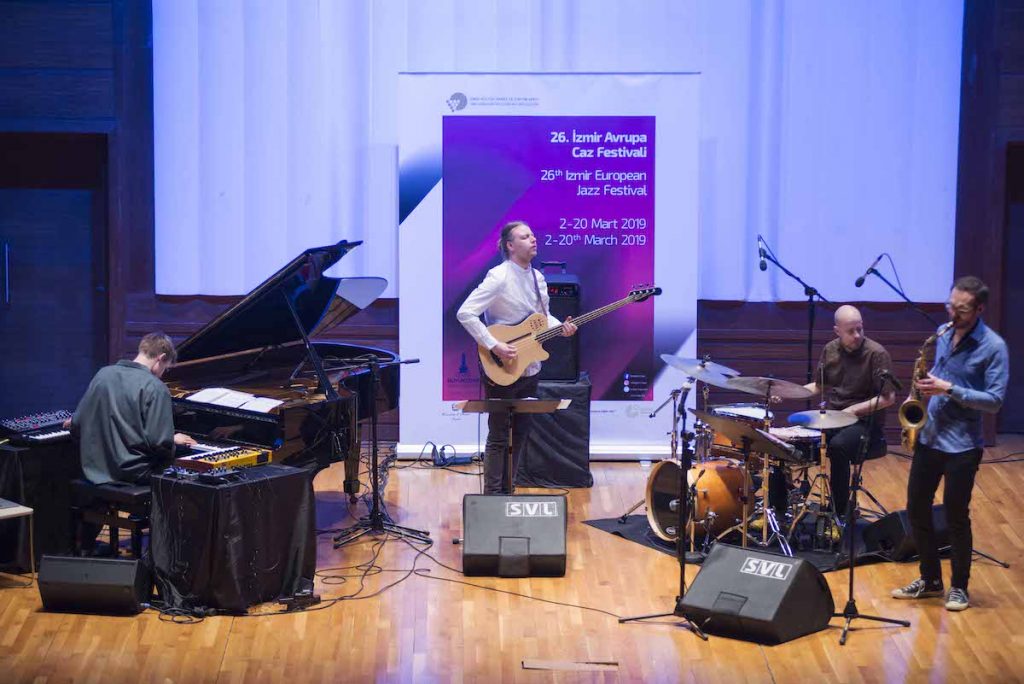 How was your concert in Syria?

It was incredible. We played in Damascus and Aleppo, Then we moved on to Lebanon, Jordan and Iraq.

Were you playing with this same band?

The band actually changes, half of it is the same. It could get pricy to pay for the flights of four musicians who live in New York. We rotate. As you know, we don’t make big amounts of money from this. But this is an advantage. I don’t play the same with other people, I end up improving myself.

You have been in a residency in Italy’s Elba island. How was this experience?

We stayed there for two weeks and it was incredibly beautiful. We were in a villa in a hidden bay new to the Mediterranean Sea. We had an Italian cook who cooked only for us! We had a lot of time to practice. They build a huge music studio right in a stony beach, would you believe! It was really cool. We played while staring out at the sea. We actually made a lot of music there. I think artist residency programs are very useful. Because you isolate yourself from the daily life and can focus on a single thing. I will participate in the Milly Colony residency in New York in June for a month. To polish up my music and to make it work! Our daily lives are spent with one day being here, one day being there. And we also have to teach. I work at the university. We sometimes don’t have the time to practice ourselves.

Is this place out of sight as well?

Yes, of course. It is a forest. I heard there are even bears.

I listened to Slothchops in your previous album many times repeatedly. It has rock sounds as well. It is a very special piece.

We went to Panama then. There is a breed of animal there, the sloth, that somewhat resembles a bear.

The one in the movie called Zootopia?

Yes, that scene was great, wasn’t it? That is exactly the same animal. We were bored from the culture of hurrying up. It is as if fast is good, slow is bad. If somebody moves slowly, they treat him like he is stupid. In American jazz slang, chop means someone is really fast. Speed is his weapon, but we wanted to explore the depths of being calm and slow. To use the calm as a weapon… And this made-up word came about. We have some other pieces with the rock sound. But we used it the most in this piece.

I came across  something John Malkovic said, “I don’t want to be boring. But it isn’t easy”.

I don’t want to be boring either. We don’t have the time to be bored. We have to always do something and make life appropriate. But you start interacting with things when you are bored. It is a good thing in this sense. We are conditioned not to be bored. I don’t know how it is here but the new experiences in Berlin and New York, new excitements, they are more important than anything else.

I think this is a global problem. The edits on short movies and videos are done faster, fragmented. To keep people’s attention alive. Did this state of boredom affect music as well?

We hear on the radio, the pop songs change within themselves, from one sound to the other.

Good music exists in the moment, it is spread into the moment. Live performances, concerts are very important for this reason. Doors are closed, you sit down, put your phone on silent and can focus.

We think we listen to the music in the background while running around but we merely make our own soundtrack. That’s why people should go to concerts. To really listen to music. Recordings are different than concerts. Whatever is happening on the stage happens only once. The format of the recording is different, it is tidier, like a summary.

How does the transcription process happen?

It is exactly like writing, like in interviews, just as you will write this in words, we write it in notes. For example, we make a jam session with a friend for an hour and half, I record that. Then I transcribe it. There are many ways to write compositions. It is a good method to start with jam sessions.

How were you with your teachers?

I had great teachers. I worked with Mark Turner in New York. I also learn a lot from my friends. We ask a friend if we don’t know how to practice, the exchange of ideas is very instructive. I also show my students some methods.

How would you explain it if we were to call your music experimental?

I am open to all sorts of interaction. If it is about the people, we try to express that with music instead of words.

Do you travel to discover new things? Some musicians do not even leave the hotel.

Don’t I know it. We were in Bangkok once. The concert venue and the university were half an hour apart. We tried to get out and about with every chance we got. But I saw my colleagues step out only to drink beer. It is about choices. I am open to anything. It isn’t a problem if I have to sleep only four hours!

What is your doctorate on?

I am documenting the production process at Manfred Eicher’s recording studio, he is the founder of ECM.

And finally, what is popular music according to you?

Music has its own McDonald’s as well. We steer clear from the mainstream and make intense music that speaks to lesser people.