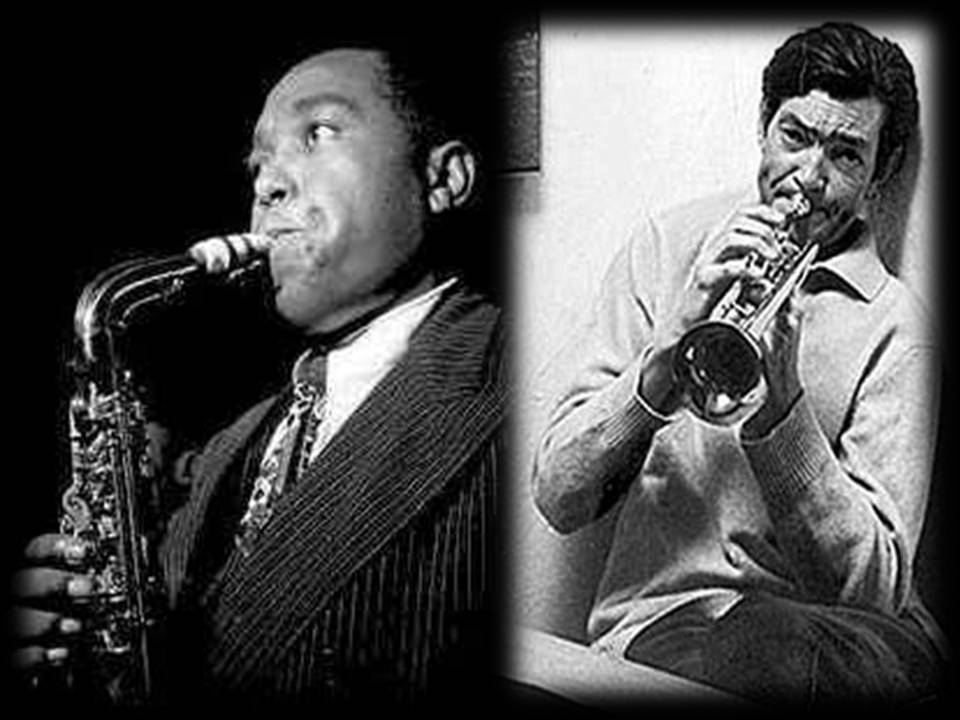 Bird lives! Yes, that’s for certain… We cannot help but remember the name Charlie Parker, or as he was known as; Bird. Aside from the fact that almost all important alto saxophone players in the 1970s and 1980s (Ornette Coleman, Lee Konitz, Jacky McLean etc.) have been influenced by him, we still define many elements of contemporary jazz through his legacy. Therefore, we are more or less acquainted with the life story of Charlie Parker, like other “masters” in the history of jazz. Ross Russell’s “Bird Lives!: The High Life and Hard Times of Charlie (Yardbird) Parker” and Stanley Crouch’s “Kansas City Lightning: The Rise and Times of Charlie Parker” biography books have provided immense help in the accumulation of this knowledge (we can also mention Robert Reisner’s “Bird: The Legend of Charlie Parker” in this list). Unfortunately none of these books have been translated into Turkish. If we are looking for a source on Charlie Parker in Turkish, we need to look at books on general jazz history and search for specific chapters… However, we can consider ourselves lucky when it comes to this, because Joachim E. Berendt’s famous work “Jazz Book” (translated as “Caz Kitabı: Ragtime’dan Fusion ve Sonrasına”), one of the most sold music books which is also included in the curricula of many American universities, have been published in Turkish by Ayrıntı Yayınları in 2003. 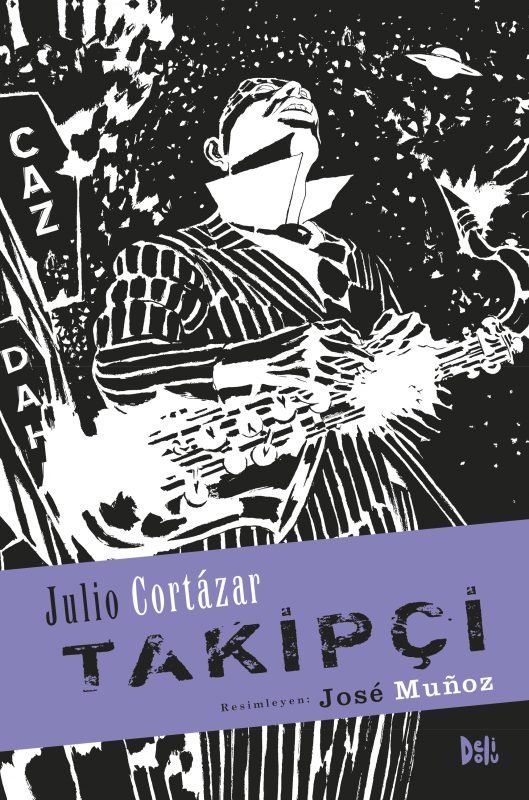 In this 500+ page book by Berendt, Charlie Parker undoubtedly has a special place. Still considered the inseparable bebop duo, anecdotes from his life with Dizzy Gillespie have been listed clause-by-clause. His youth, his family, his Kansas City years, his work as a dish washer in Harlem, and of course, people he played with and places he played in… A new book has been published in Turkish in the recent months that adds an “aesthetic” side to these known facts. “Takipçi”, published by Delidolu Yayınları and translated into Turkish by Pınar Savaş, is a story dedicated to Charlie Parker. In “Takipçi” (“The Pursuer” or its original name “El perseguidor”) Charlie Parker is renamed as Johnny Carter, and his “follower” is a jazz critique named Bruno; Bruno also wrote Johnny Carter’s (Charlie Parker’s) biography. We follow the progression of the story through Bruno’s eyes… 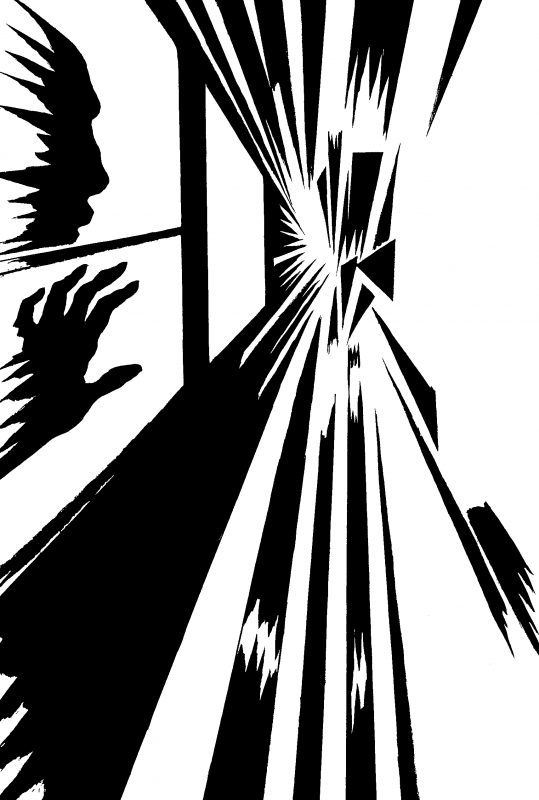 Joachim E. Berendt relays such information in his book “Jazz Book” about Charlie Parker: “Charlie Parker experienced the first depression in his life in 1946. He was recording ‘Lover Man’ in the record label Dial’s studio. He caused a fire to erupt in his hotel room when he returned after the recording session. He ran to the hallway naked and shouting.” The story of “The Pursuer” starts right at this point; so we are witnessing the last period of Charlie Parker’s bright career and turbulent life. This hotel fire, for example, is told through Bruno’s eyes in such a way: “The next morning I found Johnny in the criminal news pages in Figaro, because apparently he set a fire in his room that night and ran into the hallway stark naked. (…) Johnny was in the hospital, under surveillance. (…) I went to the hospital right away, but my press card didn’t work. I only learnt that Johnny was delusional and he had enough drugs in his system to drive ten people mad. Poor Dédée couldn’t stop him, and wasn’t able to convince him to give up.” 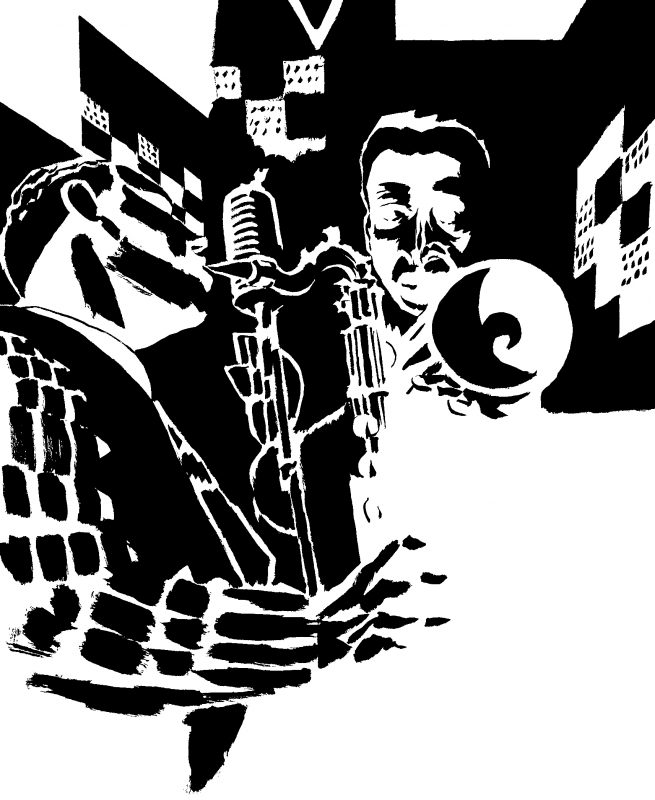 On the other hand, as we also learnt from the “Jazz Book”: “Charlie Parker would travel frequently in the metro by himself the whole evening without aiming to reach a final destination.” Any details or comments as to the reason of this aren’t given, but “The Pursuer” delves a little deeper into this habit of his: “I can only become aware in the metro, because travelling with it is almost like getting into a clock. The stops are like minutes, can you understand, it is the same in your sense of time, now, but I know there is another reality of time, I think, I think. (…) Bruno, I wish I could live in those moments, or in the moments when I play the saxophone, because the time changes when you are playing, too…”. This is exactly what I meant when I mentioned that “The Pursuer” adds an “aesthetic” side to what we know about Charlir Parker. This metro example, which was only mentioned as one of the many anecdotes in Berendt’s “Jazz Book” gains an existentialist layer in the story of “The Pursuer”. This atmosphere is constantly present in the book. A narration which fits perfectly to Charlie Parker’s music… 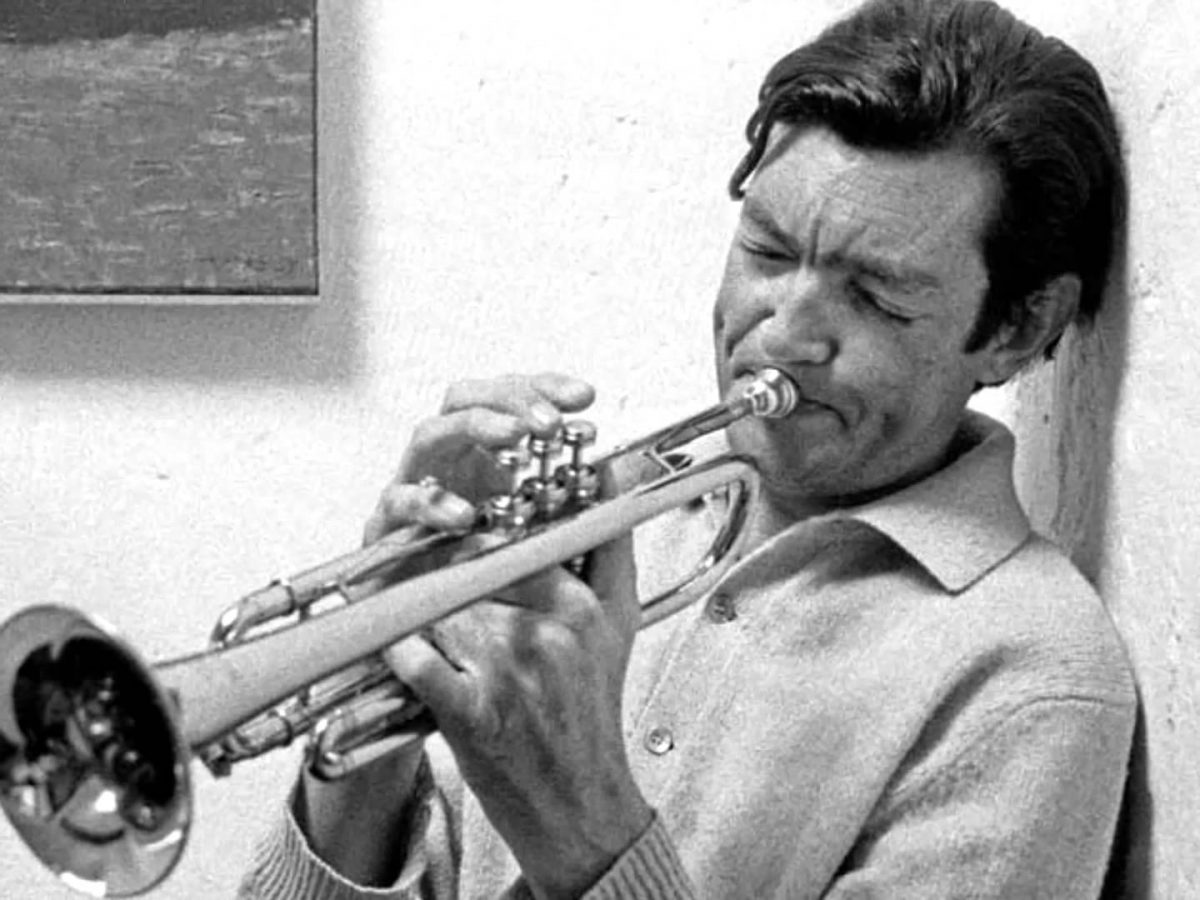 Of course, this “similarity” is not a coincidence. “The Pursuer” is written by an author who isn’t only a prominent name in Latin American literature, but also world literature as well after all: Julio Cortázar! We know that jazz plays a central role in Cortázar’s writing. During an interview, he said that he doesn’t fully know in which direction his stories would progress, that they appear only when he sits down to write and he pointed out the similarities between this and improvisation in jazz. In addition to that; Julio Cortázar is an amateur trumpet player, even though he says that he only plays for himself.
José Muñoz’s illustrations enrich the book throughout the stories they tell together. I actually think it is enough to say this about “The Pursuer”: Charlie Parker from Julio Cortázar’s pen… It can’t get any better!