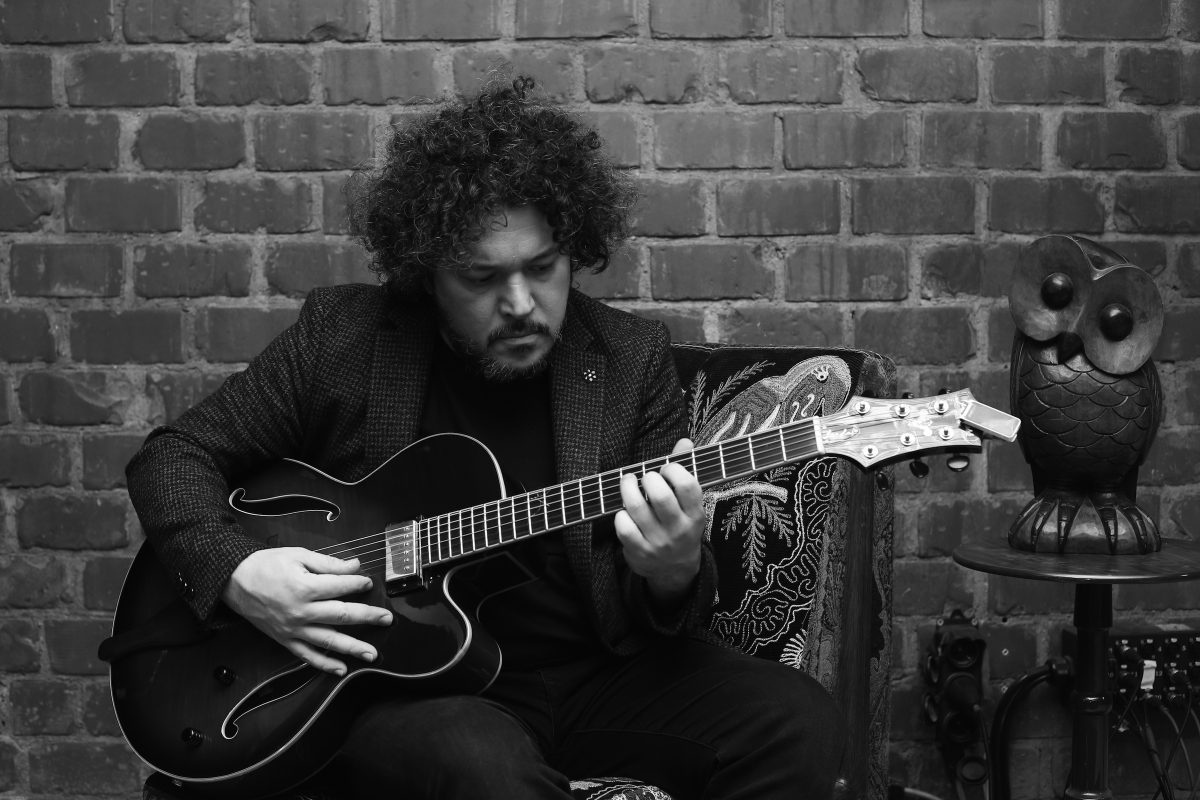 Cem Tuncer undoubtedly is a musician who has made his mark in the past 15 years despite his young age. Guitarist, composer and arrengement writer Tuncer, who has used his many talents both to have a prolific career and for his musician friends, finally released his highly anticipated solo album. He titled the album “Alright!” befitting to his positive, loving and humorous character. Those who know already know but “Alright!” is a beloved term used by people in the jazz circle, especially by the musicians…

World-famous saxophonist Ricky Ford appears in an album by a Turkish musician for the first time in “Alright!”, released through Lin Records. Tuncer is also accompanied by members of his Cem Tuncer Quartet, founded in 2011; Engin Recepoğulları (ts), Volkan Hürsever (b) and Ediz Hafızoğlu (d). The album was released on digital platforms as well as in CD and LP formats and it features 10 tracks, 9 of which are composed by Cem Tuncer and one by Ricky Ford. The mastering of the album was done by Grammy Award winning musician and sound technicial David Darlington.

It was necessary to sit down and chat with Tuncer since we finally have access to the long-awaited album by this beloved musician. He didn’t turn us down. He answered even our toughest questions with his signature smile in a way that said “Alright!”.

We have been expecting a solo album from you for a long time and it was worth the wait. Was this album, which showcases your work as a composer fully, delayed due to traffic or did you go ahead with a schedule you had in mind?

Just as you described in your question, I didn’t get a change to pay attentin to my own stuff before. I released tens of soundtrack albums and worked as a producer, arrangement writer and accompanying musician in many albums, and maybe that’s why I don’t feel like I haven’t done anything in my own name. But making a solo album is an entirely different feeling. It decided on its own release date. 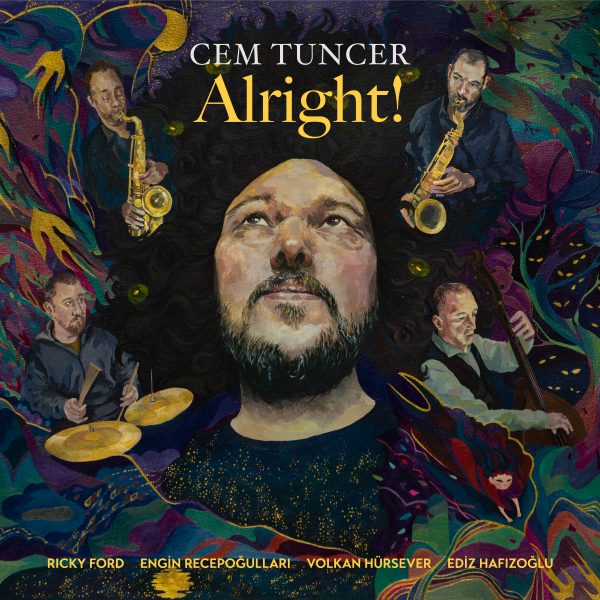 The album’s title “Alright” is one of the happiest exclamations in the common jazz language. It always reminds me of Neset (Ruacan) and Deniz (Dündar). It is a title that suits the internal energy and the tempo of the album.

The album winks at those who understand, as you also put it. It is a salute to our teachers as well as a show of respect. We grew up with this exclamation: “Alright!”

“Alright” actually seems to represent your own unique sound, handsome solos, your R&B and funk inspired groove and bluesy sound. On the other hand, someone who has never listened or seen you perform might think this is a Ricky Ford album as well. How did you manage to step back and still find that fine line that allowed you to express yout own sound?

This album consists of my compositions and arrangements. It wouldn’t be right to have an attitude and keep myself in the foreground musically. I prefer existing collectively and I feel like I exist through those I love. That’s why we recorded this album like a musical conversation with my like-minded friends. This fine line belongs to all of us, everyone gets the lime light during their solos. Ricky Ford is a well known jazz giant and he is our teacher as well as a friend. He adapted well with our old coexistence with Engin (Recepoğulları), Volkan (Hürsever) and Ediz (Hafızoğlu). Our aim was the music, we didn’t think of being in the spotlight or not. Therefore this album also belongs to Engin, Volkan and Ediz.

You have an incredible interplay because you have been playing together for a long time; how long did it take you to prepare, rehearse? I am asking about the technical details about your recording.

We did a short tour before recording the album, we warmed up to get on with the recording but not enough to spoil the excitement. We opted for two back-to-back days for the recording session but I can say that the album was more or less finished on the first day. And all the tracks you can hear on the album are first takes. We didn’t even feel the need to play them twice for the most part. I believe we presented it with all its good and its bad points. Our shared past being reflected on the recording is such a great relief and an advantage.

“Pulling The Head Alone” is a different from the rest of the album due to its nature as a ballad. On the other hand, if I am not mistaken, it wouldn’t be possible to exclude it from the album. Which of your characteristics as a composer and instrumentalist does this piece emphasize?

“Adrasan” and “Pulling The Head Alone” are my oldest pieces included in this album. You heard it often performed on the stage as well. Therefore it really has a matured air to it. It is a piece that I express myself well in more so than emphasizing any of my characteristics. 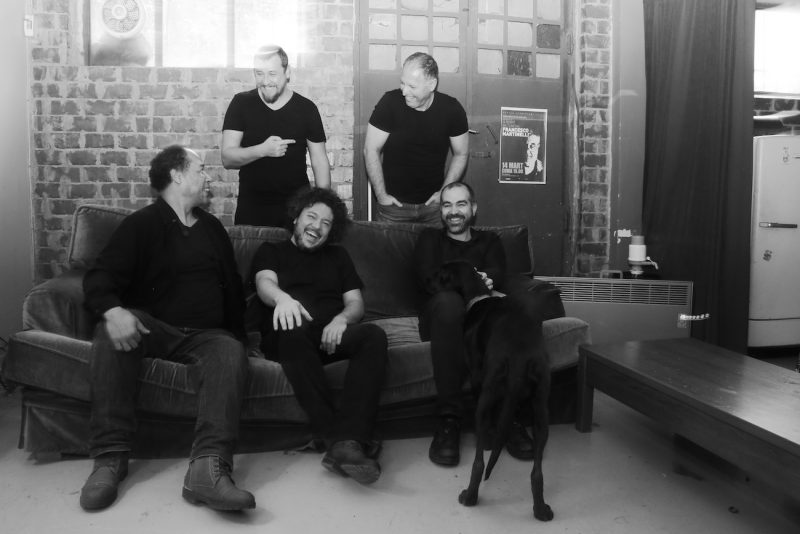 “Giz” is also an interesting piece. It starts out lyrical and then evolves. It feels like it embodies two pieces. Let me ask this taking “Giz” as the starting point. What makes a piece feel like as if it is fragmented into several different pieces?

I wrote the main theme of “Giz” before and then changed it for the album by adding new parts. It has transitions from mood to mood. It is a long-form piece as you also expressed. It actually has five parts. They all tell different stories.

This is a general question. There is an argument that the expressive space of a guitarist is diminished in the quartet format, especially those that include a pianist. Right or wrong, I believe it is wrong because this all depends on the speed of the musician, his technique and the synergy of the band, but what kind of format would allow a guitarist to lead and express himself freely musically?

I am really happy to play with pianists that are like-minded. The harmonic and melodic aspects of music can get heightened. It is important to hear one another and direct the music together.

Which of these would be the first to be saved in a fire: Pat Metheny, Mike Stern, Bill Frisell, John Scofield?

Let’s put it as four to be saved in a fire.