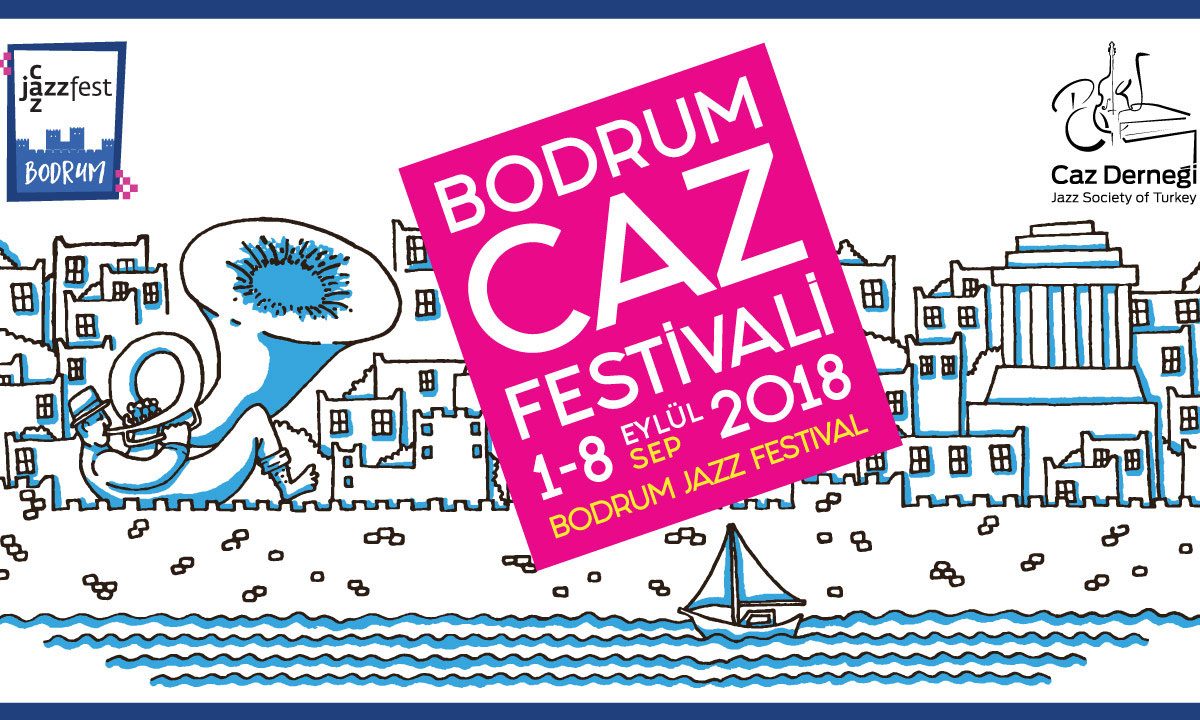 Bodrum Jazz Festival will take place between 1-9 September at special venues as well as important historic places like the Antique Theatre and the Ottoman Shipyard.

The festival will start with Turkish Naval Forces Stars Light Music and Jazz Orchestra featuring soloist: Sibel Köse concert on the 1st of September at the Bodrum Municipality Square.

One of the most beautiful voices in our country, Sibel Köse will sing beloved pop and jazz songs with one of the few big orchestras in Turkey. Şenay Lambaoğlu will perform at Off Gümüşlük on the 1st of September during the Night and Jazz segment.

There will be in panel taking place on the 2nd of September. Cüneyt Özdemir and his guests will converse About Pop and Jazz and where these genres, which is this year’s theme, two intersect and diverge. İlhan Erşahin will greet his fans with his Istanbul Sessions project on the 2nd of September at Off Gümüşlük.

The beloved elegant pop star Nükhet Duru will give a surprise concert on the 3rd of September. Duru, who grew up listening to jazz, will take the audience through a time tunnel with her Nükhet Duru Sings Jazz at Off Gümüşlük.
ZAI, which opened its doors with the slogan “New Generation Library”, will host Yıldız İbrahimova & Kaan Bıyıkoğlu on the 4th of September.

Kenan Doğulu İhtimaller Project concert will take place on the same evening at Antique Theatre and underlines the Pop&Jazz theme of the festival. Experienced pop star Kenan Doğulu, who has always shown affinity to jazz, works frequently with jazz musicians.

Shalosh Trio, sponsored by the Israel Head Consulate, will perform at Stella Jazz Club in Yalıçiftlik on the 5th of September. 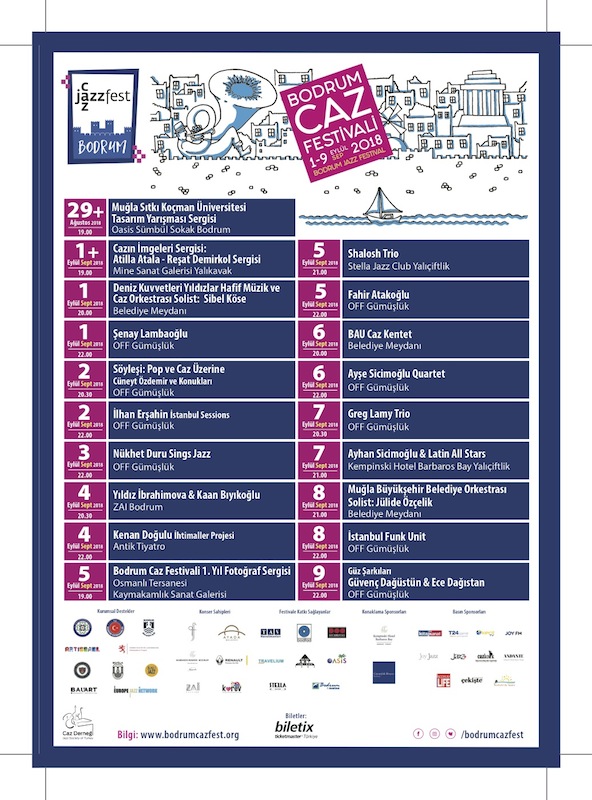 Fahir Atakoğlu, our national pride who has been living in the States for a long time, will perform popular works in a jazzy way and vice versa on the 5th of September at Off Gümüşlük. Fahir Atakoğlu recently wrote the score for the movie called Ülkü and will be in Bodrum for the first time in a while.

Bahçeşehir University’s Jazz Kentet concert (an institution which offers a graduate program on Jazz for the first time in Turkey) will take place at Bodrum Harbour Square on the 6th of September. Ayşe Sicimoğlu Quartet will perform their New Music project at Off Gümüşlük that evening during the Night and Jazz segment.

Barbaros Bay Reserve Residences ve Kempinski Hotel Barbaros Bay will host the Ayhan Sicimoğlu & Latin All Stars concert on the 7th of September. An unforgettable evening filled with dancing awaits. We have foreign musician guests on the 7th of September again. Greg Lamy Trio, sponsored by the Luxembourg Head Consulate, will perform their works that shed a light to contemporary music at Off Gümüşlük.

The festival will continue with Muğla Metropolitan Municipality Orchestra features soloist: Jülide Özçelik in the Bodrum Harbour Square on the 8th of September. İstanbul Funk Unit will energize the audiences that evening at Off Gümüşlük.

The festival will draw to an end with Autumn Songs – Güvenç Dağüstün & Ece Dağıstan on the 9th of September at Off Gümüşlük.

The festival will host three exhibitions.

Jazz Images Atilla Atala – Reşat Demirkol Exhibition featuring the portrait works of Reşat Demirkol, an honorary members of the Jazz Foundation, and Atilla Atala will take open at Mine Art Gallery in Yalıkavak on the 1st of September, Saturday, at 19:00.

Bodrum Jazz Festival 2017 Photography Exhibition which will feature the works of BODFAD members taken during the last year’s festival and will take place starting from the 5th of September at the Ottoman Shipyard District Governorship Gallery for free.

The festival tickets were put on sale on the 13th of August 2018 on the Biletix website. They can also be bought at Biletix sales booths at Imge Bookstore in Oasis Shopping Centre and in Yalıkavak Marina, as well as at the beginning of the concerts at the door. The tickets will start at 45 TL. The reservations for the Off Gümüşlük concert can be done by calling 0538 921 53 54.

We Lost Joey DeFrancesco at a Very Young Age