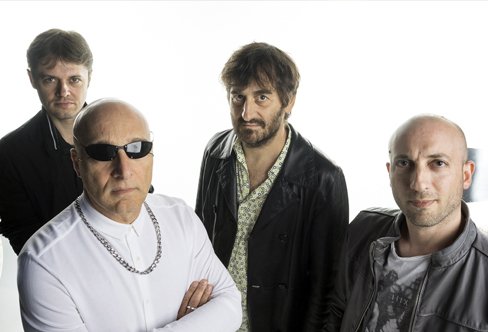 “One thought alone can create millions of vibrations.”
John Coltrane

50 years have passed since the release of one of the most important records in jazz history record: A Love Supreme by John Coltrane, a disk that changed the future of the music, a masterpiece that no doubt can be described as a perfect musical prayer.  In our own version, namely My Love Supreme, we don’t want to try just to make a commemoration; our work rather tries to investigate the essence of this masterpiece. Almost like a stream of consciousness, we have created a music that stands out from all pure technicalities to bring out all there is beyond the veil of appearances.

At a time like this, where the imagination is often used to serve egos and profits, we felt the need to revisit the message of gratitude that inspired Coltrane in A Love Supreme and what he called as “a spiritual awakening that was to lead to deeper, richer lives whereby he humbly asked to receive the privilege to make others happy through music.”  When we recorded the album we tried to find this essence that Coltrane left us and which crossed through our soul every time we listen to his album.So, definitely, the result of My Love Supreme, is a celebration of a sacred universal love of Coltrane, which in a time like today could be the only right port as well as the only life line.