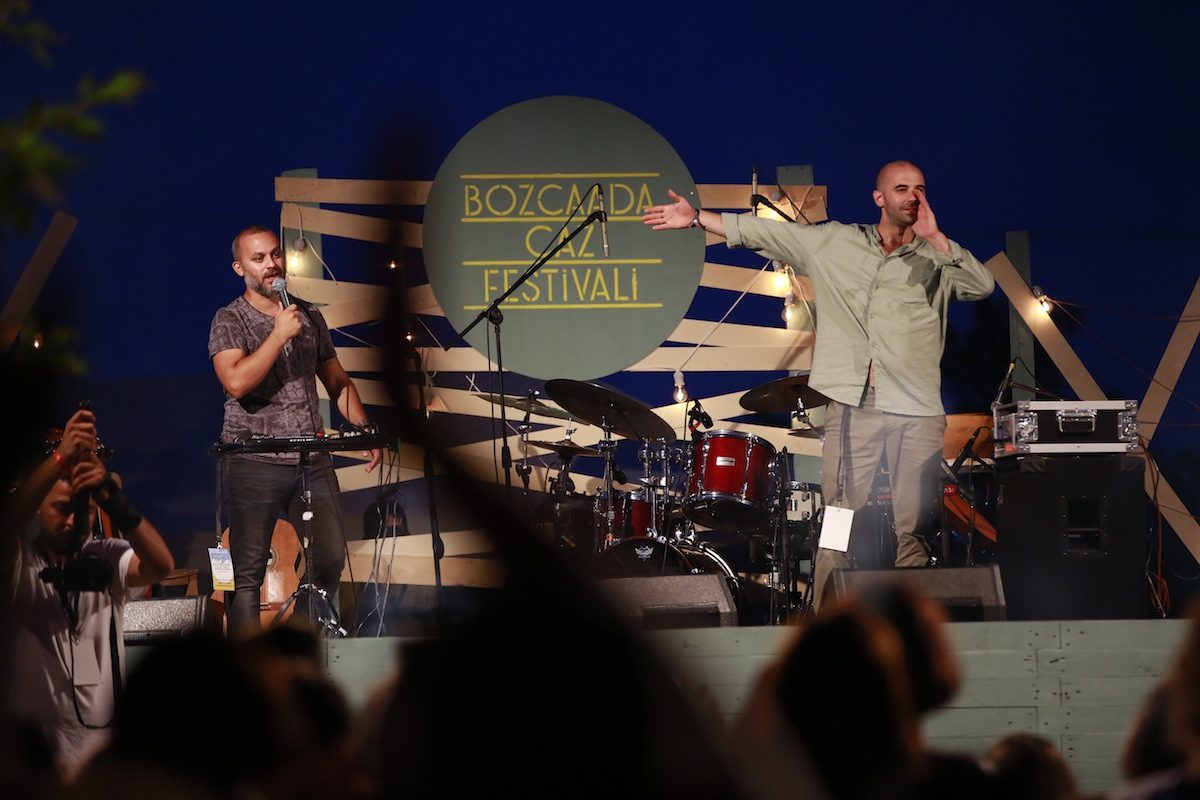 We found ourselves on the way to Bozcaada for the 2nd Bozcaada Jazz Festival which brought the island and jazz together at Ayazma Monstery. The festival, which took place for the first time last year, is the result of the cooperation between Pavli Bozcaada, Kabak&Lin and Allaturca Music. Bozcaada was as beautiful as it always is. The environment was great as could be guessed. But Alp Ersönmez’s “Cereyanlı” project was probably the best thing. It was the first performance I saw during the festival, one that I anticipated the most, and it met all my expectations and more.

The musicians who played the compositions of Alp Ersönmez and Erik Truffaz were incredible: Alp Ersönmez on the bass,Volkan Öktem on the drums, Çağrı Sertel on the keyboard, Engin Recepoğulları on the saxophone and master musician Erik Truffaz (a great musician as Alp puts it) on the trumpet. The evening was filled with energy, electric, dance and groove when such a band was on the stage. I think this was the most magnificent performance of the festival. 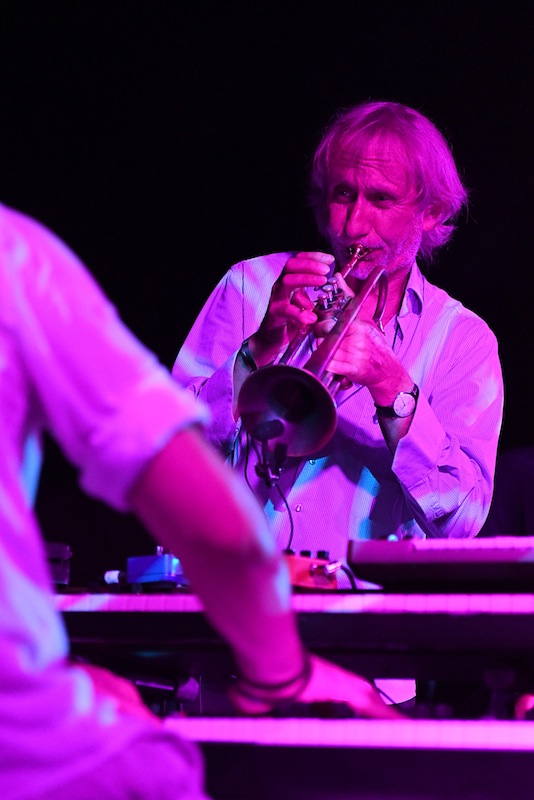 As some of you already know; this team play in many different projects together with various combinations and therefore the harmony between them is incredible:  İlhan Erşahin’s İstanbul Sessions, MadenÖktemErsönmez, FOURinthePOCKET, Quartet Muartet are only a few of these formations… This harmony was present even in Erik’s compositions even though the musicians were relatively less familiar with. We witnessed Alp and Erik’s compositions coming together to form a whole. We listened to a great composition from start to finish.

Alp’s never-ending energy, his creativity, his dynamic groove and his performance that finds form in his body language; Volkan’s perfect rhythm, unique style and touch in his masterful and powerful performance; Çağrı’s “electric” touch and incredible energy; Engin’s rich and creative solos and Erik Truffaz’s trumpet that came alive and spoke through his breath, the musicians brought this composition to life with an incredible synergy and our ears rejoiced. I remember closing my eyes at one point and losing myself in music with a smile on my face.

I think what Erik Truffaz, a prominent French musician, said about this performance and about Alp are very important: “I met Alp through İlhan Erşahin’s band Istanbul Sessions that I play frequently with. We worked together during two recording sessions and many concerts and then the idea to do something with Turkish musicians emerged and I immediately thought of him. Because he has the talent to listen, the uniqueness, the creativity and the mature self-esteem that every musician is supposed to have. His music speaks to me and vice versa and we try to express this harmony during our concerts.” (milliyet.com.tr)

Alp, Çağrı and Engin got on the stage for their Four in the Pocket project during the second stage of the festival and we listened to Mert Önal on the drums and vocalist Elif Çağlar Muslu this time around. Four in the Pocket is a band that interprets beloved R&B, Hip-Hop and Soul pieces with an incredible level of energy on the stage. We couldn’t even catch our breath during the breaks in between their pieces; the audience almost lost weight. We enjoyed this musical feast and let our hair down. 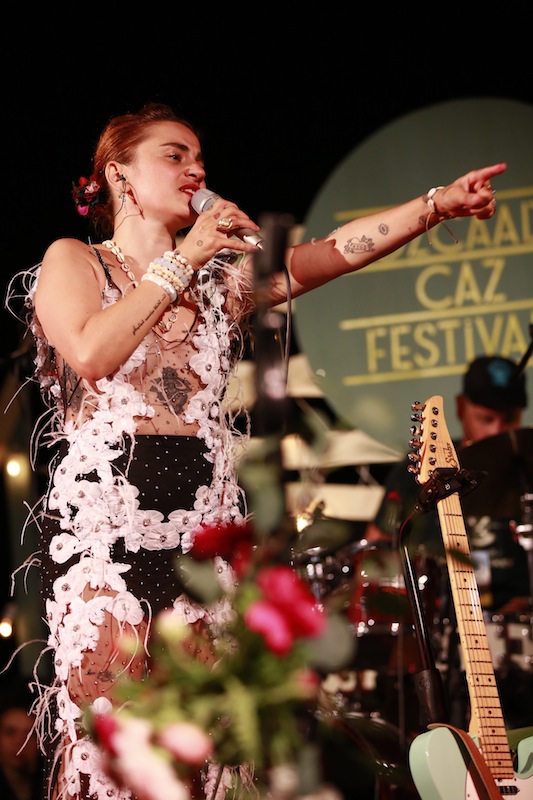 Deniz Mahir Kartal and Sarp Maden’s harmony was worth paying attention to on the final evening. We listened to a great project with Deniz Mahir’s loops and electronics and Sarp Maden’s ambient effects and his unique guitar sound that I have been excitedly listening to for years (with his perfect technique, tone and performance). It felt great to listen to these different sounds that bring together experimental touches on the instruments with an electronic background right when the sun was setting.

I thought about the Latin Jazz formation Grup Passiflora when I saw Eylem Pelit playing the bass in Emir Ersoy’s Latin Jazz band Projecto Cubano. I remember it as being the first half of the 2000s. I frequently listened to them at Nardis Jazz Club. Levent Altındağ with his unparalleled saxophone and flute playing, Erdem Sökmen with his incredible arrangements on the guitar, Serkan Özyılmaz on the keyboard, Eylem Pelit on the bass and Volkan Öktem on the drums. I went way back in my mind. Returning back to Bozcaada, Projecto Cubano managed to get all the audience members moving and dancing through their performance lead by Emir Ersoy. They reminded me of the masters of this and made me miss them, but they put an enjoyable performance together with their communication and energy.

We left the festival with smiles on our faces; and the island with longing in our hearts. We look forward to the next festival.