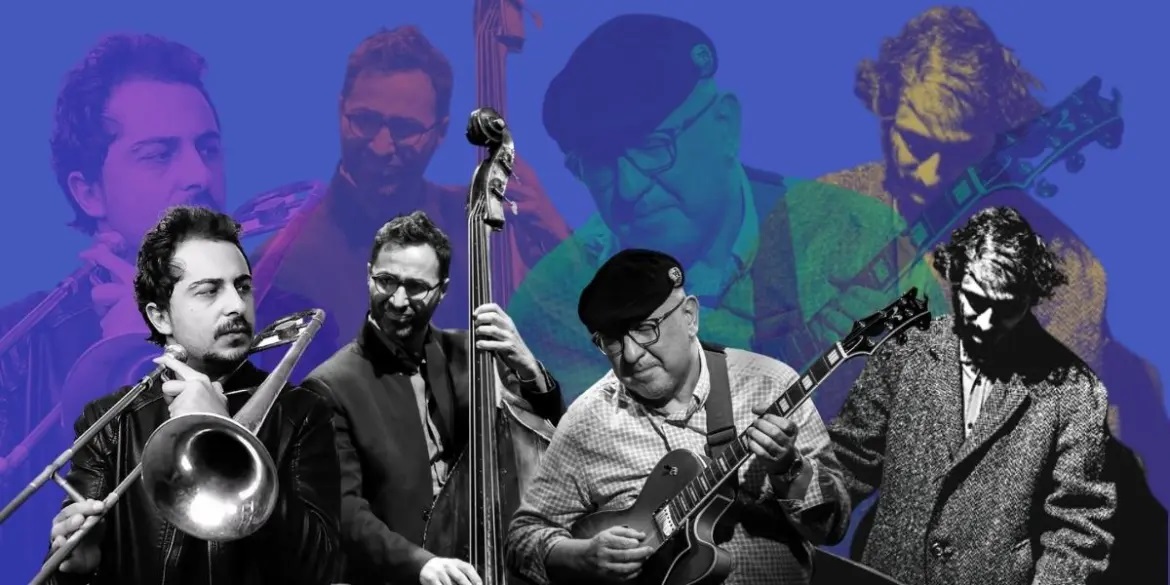 This year, we are celebrating the 20th anniversary of a legendary Istanbul venue, Nardis Jazz Club.

The famous club, presented by Turquazz, will open its doors as a pop-up in London for two days between 18-19 November as part of the EFG London Jazz Festival.

Anatolia has been the melting pot of Eastern and Western cultures for thousands of years and gave birth to many different musical elements and instruments. Virtuosi from different disciplines, who grew up and trained in the culture of this unique geography, will build musical bridges on the stage, and take you to the heart of these lands with their multi-layered instrumental conversation. During this unique concert, you will listen to Ozan Baysal on the double-neck baglama, Tolga Zafer Özdemir on keys and synth, Bora Bekiroğlu on the electric bass.

Tolga Zafer studied piano, music theory and composition. His compositions range from chamber music to full symphony orchestra, using classical western, traditional and electronic instruments. He seeks to find a common point between different cultures from around the world, past and present. His music has been performed in numerous countries and has received several awards. He also has designed a software »Tritonet«, a musical calculator for educational and performative purposes.

Ahmet Ozan Baysal is a Turkish bağlama (saz) player, composer and performer, specialising in şelpe – an Anatolian bağlama performance technique that dispenses with a plectrum. Having played the instrument from a very early age, much of his music is a synthesis of traditional bağlama şelpe performance practices and harmonic practices in tonal and jazz music. Ozan has performed throughout Europe, including at Festival d’Aix-en-Provence in Marseille, Nuoro Jazz Festival in Sardinia, and Making Tracks International Music Exchange Programme in the UK. He is also a dedicated and passionate researcher of şelpe technique. After first studying as a research assistant and completing his Ph.D. (2013-2020) at Istanbul Technical University, Centre for Advanced Studies in Music (MIAM), Ozan is now a visiting scholar at SOAS, University of London, conducting his post-doctoral research.

With an award winning career of over 20 years in Music and 15 years in Multimedia business, Bora Bekiroglu was always involved in various art forms. He produced and released 8 records with various bands in multiple genres, toured internationally, directed global 360-degree ad campaigns, shot image catalogs for global luxury brands and directed music videos. He still continues his creative journey with the same passion and dedication he had when he first started.

His interest in music started in his early teens as a music enthusiast. He used to play air drums to his favourite records. He started playing real drums by taking private lessons from well-known drummers in Ankara. He is now exploring new musical paths in London as one of the well respected and known drummers in Turkey’s live music scene. 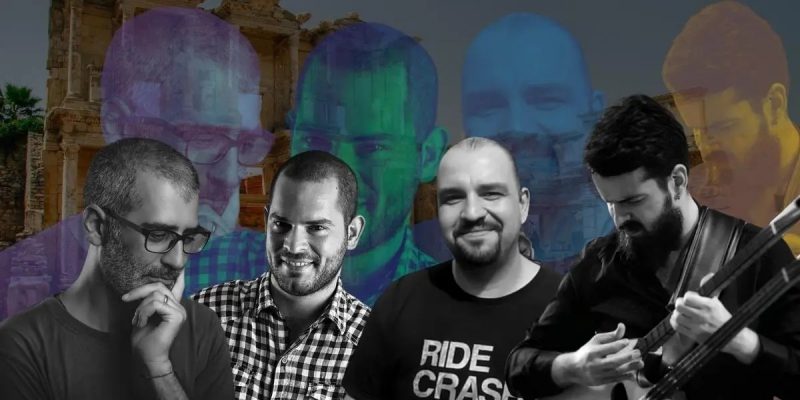 The trio will play a mixture of original music, “Middle Eastern” melodies and jazz standards. Paşa will be joined by: Bartek Bąk on drums, Piotrek Moczurad on double bass and electric bass.

He is a guitarist and composer from Turkey. Specializes in jazz, fusion and every genre, where harmony and rhythm work together to create a unique, polyphonic experience.

He has born in Rzeszów, Poland. He’s played the drums since the age of 6. He took lessons from his father, and a local drum teacher, Robert Winczowski. Nowadays, he’s self-taught. Along his career, he’s been a member of many different music bands and projects. Bartek’s main drumming goal is to be as versatile as possible and to be able to play freely in any genre of music.

He started his musical journey playing electric guitar, to later pick up the electric bass and finally a double bass. While predominantly a jazz player, he likes to dabble in folk and ethno. At night, putting on his producer/DJ hat, enjoys creating and playing hypnotic techno music, which he says helps calm his nerves.

Önder Focan quartet repertoire consists of jazz guitarist and composer Önder Focan’s compositions included in his latest album “Aubergine”, as well as other Focan compositions and jazz standards he made for this group. Ozan Musluoğlu, on double bass, has many projects and compositions. Bulut Gülen is on trombone, a highly acclaimed musician with his latest album, “Bosphorus Train”. Burak Cihangirli playing the drums is a talented and creative young artist of the last period of Turkey’s jazz scene.

Önder Focan started his music career at the age of 8 by playing the mandolin. Jazz entered the life of the musician, who started playing the guitar at the age of 15, in 1975. Having learned this music through his own efforts, Focan became a sought-after jazz guitarist, musician, composer, arranger and songwriter. He married Zuhal Focan in 1986 and together they opened Nardis Jazz Club in 2002.

Focan attended seminars given by IAJE (International Association for Jazz Musicians) to improve herself as a musician and trainer.

Focan attended seminars given by IAJE (International Association for Jazz Musicians) to improve herself as a musician and trainer. In 1997, he represented the Istanbul Foundation for Culture and Arts (IKSV) in an event called Guitar Night, organized by MIDEM (Marché International du Disque et de l’Edition Musicale) and with the participation of 11 international guitarists. Focan, who taught harmony at the Müjdat Gezen Art Center between 2001 and 2005, was selected as the best Western Music artist in 2000 by this institution. He taught Jazz Styles Analysis at Yıldız Technical University between 2003-2004 and Jazz Guitar lessons between 2006-2008.

This project supported jazz education and provided the opportunity for young musicians to gain stage experience both in Istanbul and in Pori, Finland.

Önder Focan has released 17 CDs and a video recording throughout his career. In 1998, he achieved the honor of being the first Turkish jazz musician to release an album from Blue Note, with “Beneath The Stars”, which he recorded with famous drummer Bill Stewart and Hammond B3 musician Sam Yahel. In 2022, the vinyl record Aubergine / Eggplant was released.

Maffy Falay, one of the important figures on the international jazz scene, was a Turkish trumpeter who had countless gigs in Turkey and Sweden. The esteemed musician played with Dexter Gordon, Stan Getz, Elvin Jones, and was a close friend of Dizzie Gillespie. He continued his career in Sweden and made an international impact with his ‘Sevda’ project.

The renowned and talented Ferit Odman, who had the opportunity to work with this legendary Turkish trumpet player who unfortunately passed earlier this year, pays homage to Maffy Falay with his quartet during this unforgettable concert. Batu Şallıel will accompany him on tenor saxophone, Uraz Kıvaner on piano and Ozan Musluoğlu on bass.

Tuna Ötenel, born in Istanbul in 1947 to a musical family,started playing piano at five years old. He received traditional teaching by Professor Ulvi Cemal Erkin and Ferhunde Erkin. Ötenel regards jazz as the fundamental element of his life and concentrates his career on jazz music. He started playing alto saxophone, tenor and soprano, and became the best of his generation. Ötenel joined Erol Pekcan’s Band in 1978, which produced the first jazz LP in Turkey, called “Jazz Semai”. Ötenel also played in Sweden with the trumpet player Maffy Muvaffak Falay and in Europe with the percussionist Okay Temiz and the ‘ney’ player Aka Gündüz Kutbay on several occasions. They produced the album “Zikir”. In 1994, Ötenel produced and composed the album “Sometimes”. During his career, he has played with some famous musicians such as Benny Carter, Harry Sweets Edison, Karin Krog, Hilton Ruiz, Victor Sproles, Buster Williams, Herbie Hancock, Peter King, Pierre Michelot, Philippe Combelle, and Jean Loup Longnon. Ötenel released his last album in 1999, accompanied by Pierre Michelot and Philippe Combelle entitled “l’Ecume de Vian”, primarily composed of his own work.

The quartet, brought together by double bass player Ozan Musluoglu, is preparing to introduce Tuna Otenel, the mentor of many new generation Turkish jazz musicians, to the London audience with a selection of his unique compositions. Uraz Kivaner on the piano, Batu Salliel on the saxophone and Ferit Odman on the drums. 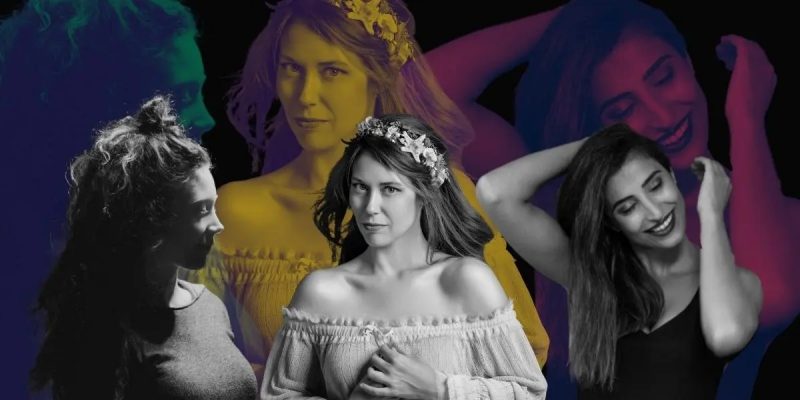 Batu Şallıel is a successful saxophonist who started his musical life by the age of nine with the encouragement of his saxophonist father. He has played with countless jazz musicians and pop singers since the age of 15. Şallıel has since then performed in many Jazz Festivals both in Turkey and abroad. He has released several albums with various projects such as What Da Funk with Anıl Şallıel and Funkbook with Önder Focan. He released his first debut album The Way in 2021.

Bulut Gülen started his music education at the age of 9 and studied trombone at Hacettepe Conservatory in Ankara and Istanbul State Conservatory. During his education he played the trombone in various concerts and tours at home and abroad, winning accolades and awards. Gülen completed his education at Berklee College of Music, where he studied Professional Music since 2007.  Bulut Gülen completed his master’s degree at the New England Conservatory. During his time in the US, he took part in many big band and small combo recordings by playing the trombone. He was a lecturer at Hacettepe University State Conservatory Jazz Department for two years.

Uraz Kıvaner is a Turkish jazz pianist who studied at Istanbul Bilgi University and the prestigious Berkeley University in USA, where he worked with many prominent jazz musicians. Kıvaner performed in numerous concerts, jazz clubs and festivals from the age of 16. He is one of the most prominent pianists in the Turkish and international jazz scenes. His style is said by the critics to be a combination of Oscar Peterson, Bill Evans and Ahmad Jamal. He released his album titled “Pieces” in March 2012 under the label “Rec by Saatchi”.

Born in Germany, Ozan Musluoğlu is a Turkish bass player. He worked with jazz giants such as Marc Johnson, David Friesen, Dominique Lemerle and Robert Balzar. The musician released four albums to date with his last album “My Best Friends Are Vocalists” released in 2015 under Sony Music. In addition to a very busy gigging schedule, Ozan Musluoğlu is the full time bass player for the TRT (Turkish National Television) Jazz Orchestra.

Istanbul based jazz drummer Ferit Odman started his music studies in Sweden got a full scholarship to get his B.A. in Music at Istanbul Bilgi University before receiving a Fulbright Scholarship to further build on his studies at William Paterson University. He lived and performed in NYC for two years and holds a Master of Music degree in Jazz Performance. He became heavily entrenched in the Turkish jazz scene at a young age and recently performs with many jazz musicians while leading his own quintet and touring around Europe.

He was introduced to music at an early age thanks to his father. He received his early training at home since his father was a drum player. Following 3 years of basic training with Turgay Gülaydın, he grew an interest in jazz and joined the Bahçeşehir University’s Jazz Certification Programme. While in the programme, he had a chance to work with Cengiz Baysal, Ferit Odman, Şevket Arıcı and Sibel Köse. He was playing in several jazz clubs the next year. In the meanwhile, he recorded the first album of Eli, a 20-year-old band coming from the world music tradition. A year later, he and Barkın Yarkın recorded Barkın’s first album as a trio. He gave lectures at Koç University for almost a year and recently, released a new album, End of the Dreams.