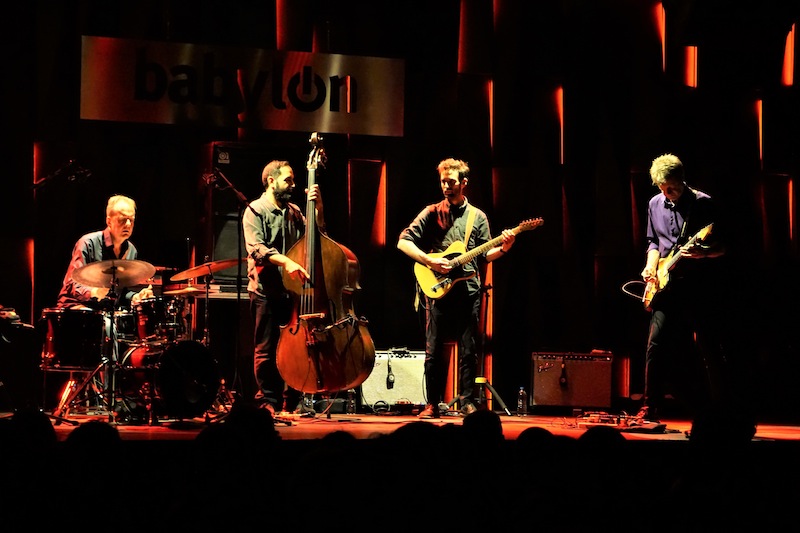 One of the most anticipated concerts of International Jazz Day on the 30th of April was Nels Cline 4 at Babylon. They presented their newly released Blue Note album titled Currents, Constellations to their audience with one of the first performances of the album during the concert. The project was born from the idea that Nels Cline and Julian Lage transformed the musical ideas in their 2014 album to the quartet format. They were accompanied by drummer Tom Rainey and bassist Jorge Roeder (Scott Colley played in the album) during this memorable concert. 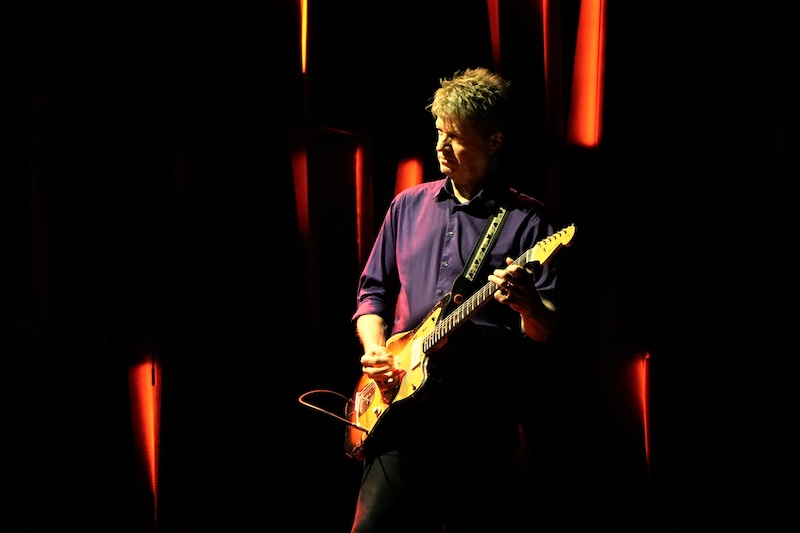 The pieces that could be called ballads featured a delicious trade between Cline and Lage. Blues, Too, dedicated to Jim Hall who is an improvization genious according to Cline, is a piece the musician has been performing in various other projects for a long time. The band also interpreted the late John Abercrombie’s Memoir and River Mouth from the album (Abercrombie passed away last summer). Cline wrote “I see the whole piece as being like a river — it doesn’t end, it’s perpetual” about River Mouth on his website and added “I’m looking forward to seeing where that song goes as we start playing it live more.” The only piece which isn’t written by Cline in the Currents, Constellations album is Carla Bley’s Temporarily. Cline describes this piece as “[having] beautiful, deceptively simple but still very catchy thematic material that paves the way to completely spontaneous music that we might broadly term chamber jazz.” The emphasis the guitarist makes on the possibility of improvization is the commonality in all the pieces performed during the concert. The band raised their volume and expanded on Swing Ghost ’59 and Amenette. Imperfect 10, which was much in focus during the album launch, was received as a hit number. Cline initially called this piece Jazz Fusion Composition. This, of course, is a label with many different meanings and allusions. Jazz fusion, as mentioned here, makes reference to a style that I believe to have found physical form though John Scofield’s acoustic quartets in the beginning of the 1990s.

I believe the concert proved to be one of the right choices for the International Jazz Day through its allusions, energy and the musical ideas it embodied. The joy of the musicians while they were performing, in addition to their high level of technical fluency, made the concert satisfactory for the listeners. All of these pointed to the prevalent idea that jazz should be listened live. The fact that Cline values the guitar tradition is evident in his speech, and he sometimes makes references with what could almost be called an academic approach while playing. Working with Julian Lage, one of the leading guitarists from the young generation, completes the circle. Nels Cline is almost like a “joint candidate” with his approach of “bringing people together” and his ease in moving freely between jazz, rock and improvization.