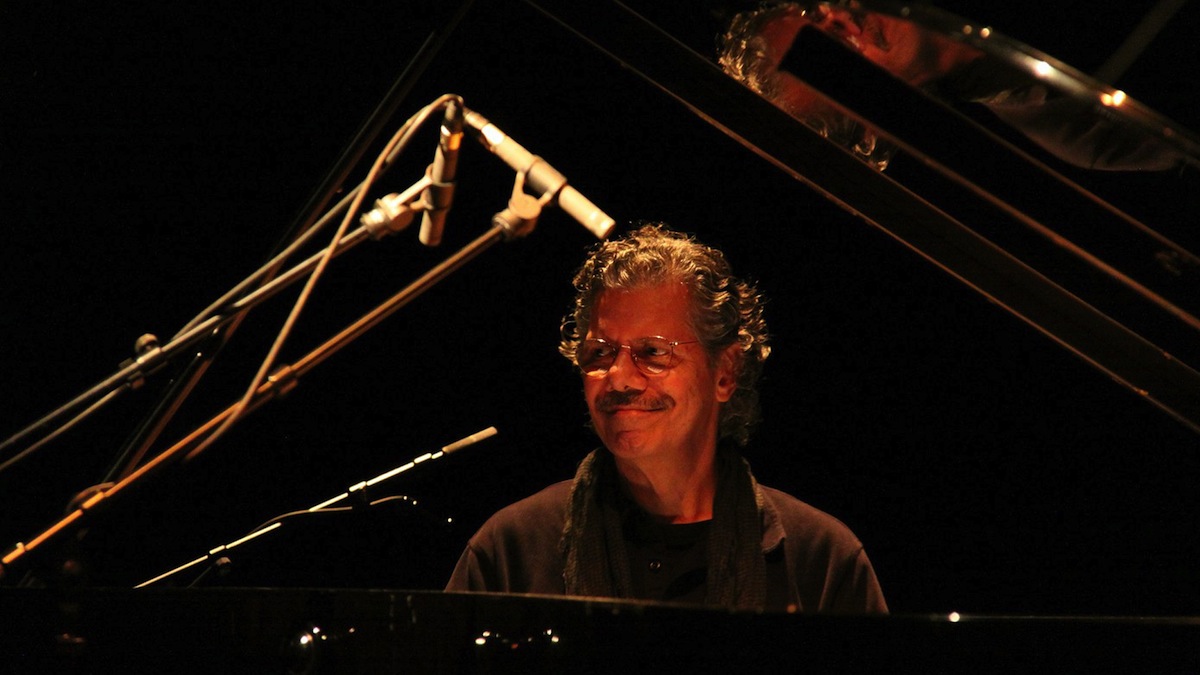 Chick Corea is currently giving a series of concerts to celebrate his 75th age. The tour has started in Los Angeles and is continuing with an eight-week marathon at Blue Note in New York. Corea’s Blue Note concerts are like his entire corpus and bring many known names together. Elektric Band (CCEB) and Origin meetings, playing flamenco with a band that includes Jorge Pardo, a series with Trondheim Orchestra, solo-duo electronics, quartets, and also a few concerts called For Miles that will bring him together with Kenny Garrett and Wallace Roney. In addition to these, he will be playing with Gary Burton both as a duo, and as accompanied by strings, and with John McLaughlin with the theme Return to Forever Meets Mahavishnu. The tickets are almost sold out. It is head-spinning. 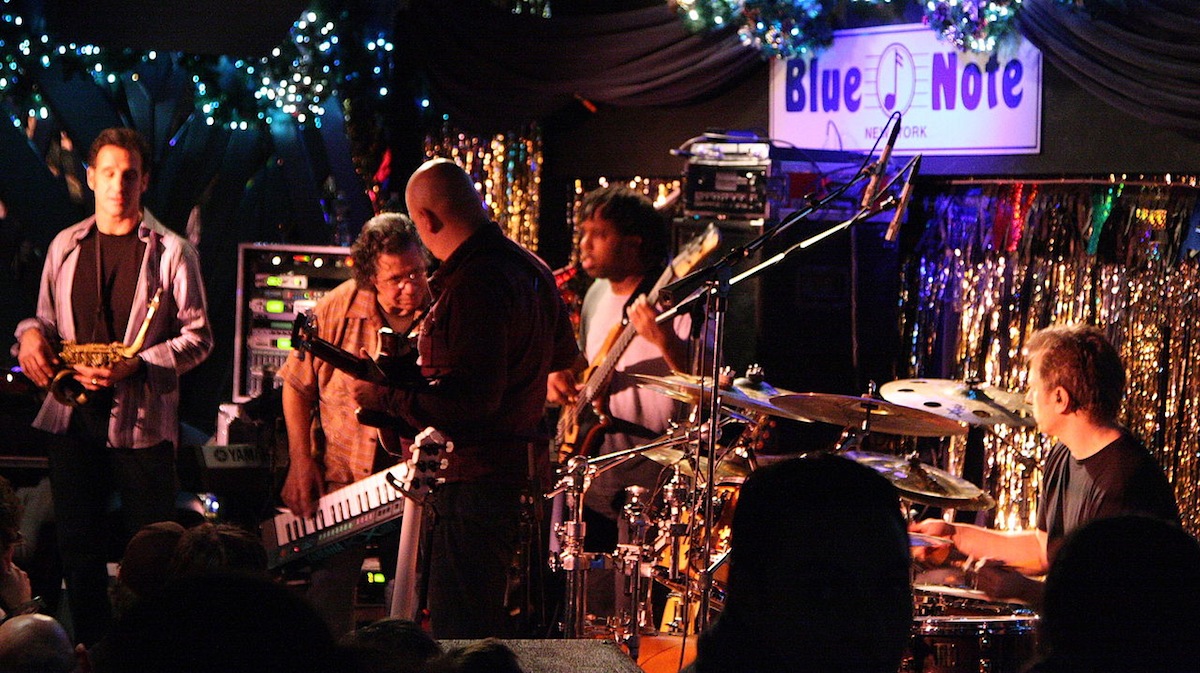 I got my ticket right away when I heard that Elektric Band would be coming together and performing in Durham, which was very close to where I was located in the States at that moment. CCEB has been a band I followed closely during my youth years, like most fusion-lovers; I could not skip this one out! I think the band’s masterpieces Eye of The Beholder (1988) and Inside Out (1990) are still in the minds and libraries of most listeners, even though some of their albums which could not persevere in the progress of jazz are mostly forgotten. Both of these incredible albums each flow like suites.

I would be watching the band with its original line up (not mentioning the short period during which Scott Henderson was a member) exactly thirty years later. I go to the concert venue and inspect the space. I have a short conversation with two young brothers from Raleigh who were there to breathe in the air of the venue. They are incredibly excited and happy that Elektric Band is stopping by North Carolina for a performance. They say “We don’t remember them ever coming here to perform.” The concert is taking place in a building that opened in 1926 as Carolina Theater. It has dealt with a number of problems in the passing years, and has been occasionally abandoned and left to its own destiny. It is currently the last of the classic halls still standing in Durham and is continuing its existence as a non-profit institution with the support from the city. 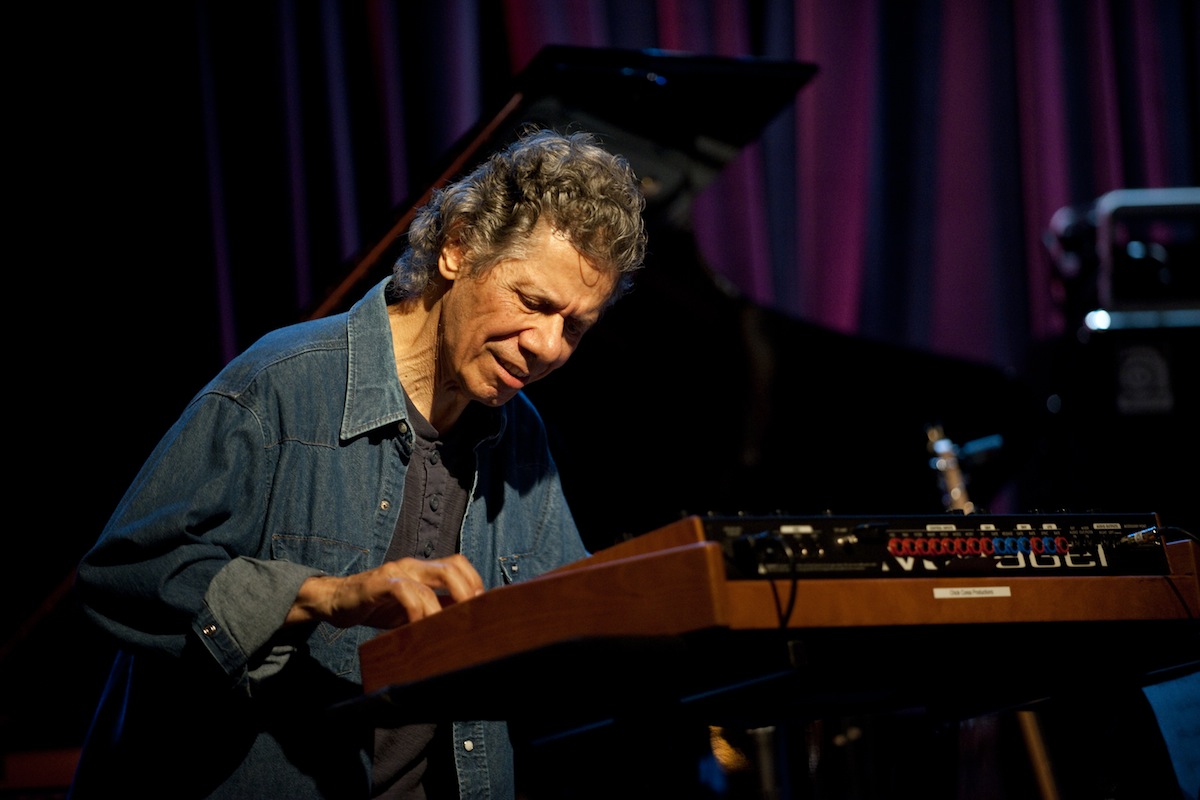 The concert starts with Chick Corea playfully saying “We have just came together as a band, trying things out” and draws the audience right in with Charged Particles. The audience mainly consists of members around fifty years of age who have brought along their sweet nostalgias. Some of them want to enjoy the concert and behave as if it is a rock concert with the energy they get from the first piece, but the venue isn’t suitable for this. This attitude becomes distracting after a while, because it doesn’t suit the atmosphere of the venue. It might be due to the North Carolina culture, or due to the general excitement, but a lot of people get up to buy beer and popcorn during the concert and then return to their seats. I stop looking around and turn my attention to the stage when the band start to play Trance Dance from Eye of the Beholder as the second piece of the concert. The caliber of the band is still very high and their togetherness is great. Eric Marienthal and Frank Gambale brighten up the music during the monotonic parts and the audience goes crazy. The next piece is Jimmy Heath’s composition C.T.A., which Chick Corea has recorded with the second CCEB (and we have listened to it in Istanbul in 1994). This also serves almost as a salute to Heath, because his birthday is drawing near. Corea then calms down the performance and switches to To The Stars, which is a later period CCEB record and proceeds with Johnny’s Landing, Alan Corday, and Jocelyn during this portion of the concert. After this part, which drags on a little bit, we return back to the 1980s. Corea is in the spotlight with his keyboard which he hangs around his neck, making jokes as he always does, and makes the audience repeat his sentences which gradually get more difficult. This is one of his usual routines. John Patitucci then steps forward and their four people unisons become the climax of the performance. Corea’s incredible trade with Dave Weckl is the musical high point of this last part of the concert. 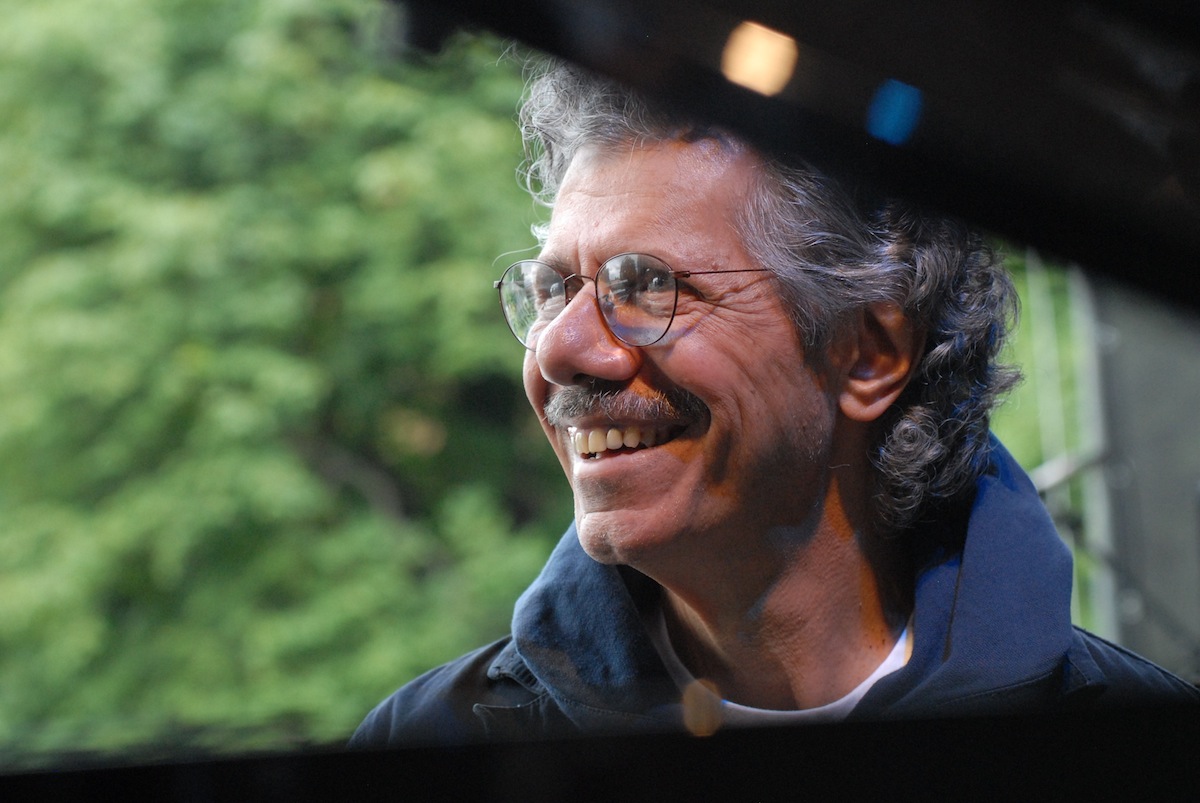 When asked about how he prepares so many different projects in such short time periods and gets them ready to be played during an interview, Corea replies “Almost all these musicians are my old friends, my comrades in music. I relax when I approach all these concerts as parties and not get so serious about perfection.” We were a part of this feast in Durham during this concert.