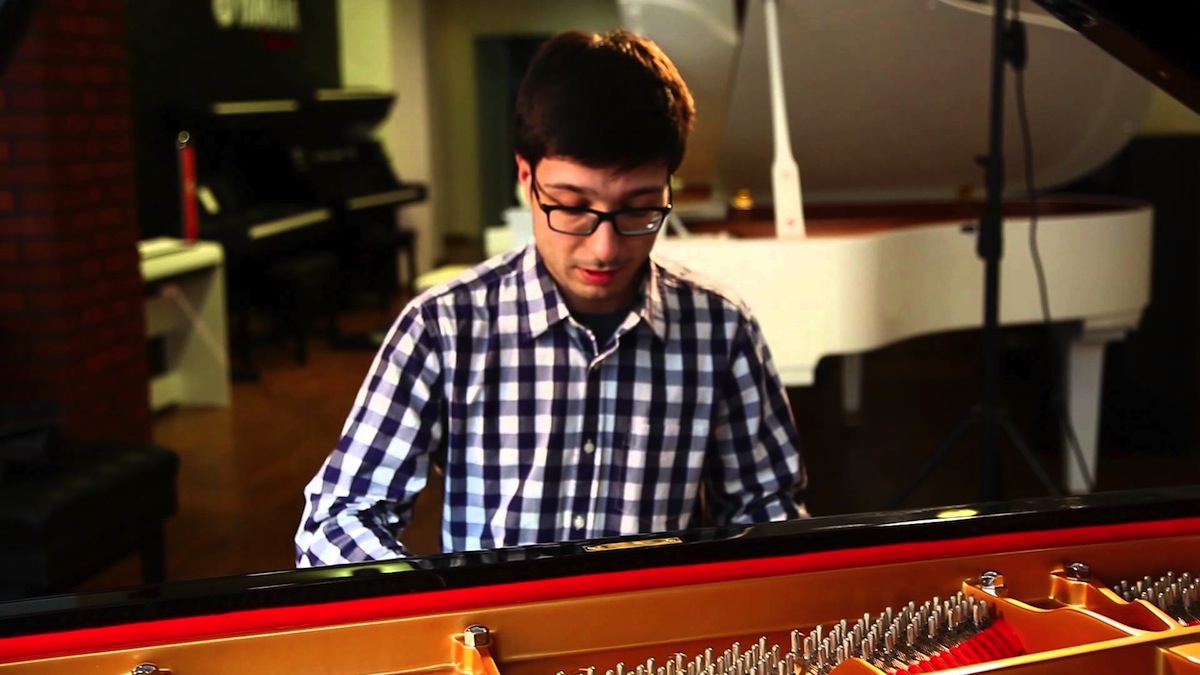 The evening of the 1st of October. The dynamic atmosphere of Teşvikiye, my luck to come across the most gentlemanly of taxi drivers, a crowded dinner gathering with friends, problems of the country… I am right in the middle of the soul of the city. I keep thinking of Nardis as the night progresses, as I always do. I was there in June 2016 for the incredible Şallıel Bros. performance that we declared “The Funkiest Night in The History of Nardis” (We were sitting at the bar with Ferit. Batu approached and makes us join in on the rhythm with our clapping with his gestures—this is something Ferit Odman was never seen doing before). Three months have passed and I am focused on the October schedule. That evening’s performance is “Berna Çiçeksever Quartet”. It grabs my attention, I am used to seeing familiar names on Saturday nights at Nardis, because I am not usually familiar with group names. I take this as a good sign, and I trust the choice of the dear Focan family.

It is a crowded night with many familiar faces. The quartet consists of Berna Çiçeksever on the vocals, Umut Oymak on the bass, Umut Ünleyen on the piano and Burak Cihangirli on the drums. It starts out great, and continues on to become incredible. I realize that the band has great communication on the stage and that Berna Çiçeksever is an agreeable leader. In the meanwhile, I “filter” the musicians one by one, as I am used to doing so for years. I don’t remember which piece, but I especially take immense pleasure from one of the solos the pianist plays. This musician friend plays softly, melodic, following Joe Sample’s style with his percussive touch and the austere, mature and creative sentences he creates with his playing.

We are introduced to this young and austere pianist, Umut Ünleyen, after the concert. We meet in the following week for a short interview and get a chance to chat.

Thank you for sparing the time for this Umut. One of your solos particularly got me at Nardis, letting you know!

I am happy I somehow was noticed! I actually think I know which solo you are talking about.

Thank you for your kind words. Of course. I was born in Izmir in 1989. I started showing interest in music by trying out my father’s keyboard at an early age. I first played pieces I listened to by the ear, then I learnt how to read notes by myself a little.

I think these trials with the keyboard eventually translated into playing the piano?

Yes. My real introduction to the piano happened when I was about 10-12 years old. Before that, I used to practice classical music pieces that I have heard or found the notes for, and other genres on the keyboard. We moved to Kuşadası due to my father’s work when I was 6 years old and I started keyboard and piano lessons when I was 7-8 years old.

You showed personal interest to classical music at such early ages? Interesting.

I had classical piano in mind back then. My family would listen to lot of different genres at home, but they would frequently play  Franz Liszt’s Hungarian Rhapsodies and Rachmaninov’s variations on Paganini on the cassette player. Later on I heard Gershwin and Nat King Cole and my interest in jazz increased.

In a household where such music is played, even a plant in a pot sitting in a corner would be influenced, let alone the son of the family!

Yes, certainly! I was surrounded by such a big variety. And I started my classical piano education when I was 10-12 years old. I prepared for the conservatory examinations and took them for the first time in Izmir. I passed the first two stages with really high grades, but I was eliminated at the last stage because, as I was told, my fingers weren’t suitable for playing the piano.

Your fingers weren’t suitable? I didn’t quite understand.

Yes, that was exactly what they told me. They apparently consider physical suitability during the eliminations. I think hearing that at such an early age gave me more determination and I continued practicing by myself without dwelling much on what they have told me. I had the opportunity to meet and play with many musicians in the meanwhile. I started giving concerts. However, jazz started to weigh heavily in my mind.

You story starts to intensify. You took your first steps towards “self-made”. It seems like your family is very supportive.

Sending our respect to your father. That light in the household is really important in shaping the future of a young person.

Thank you. I then went to Cappadocia for college, in order to study ceramics and sculpture.

Handicrafts? Your background is very interesting.

Honestly, I didn’t want to study in a conservatory during my university years after what I went through. However, I kept on with my piano lessons during my time in Izmir. I was more interested in the ceramics and sculpture program at Cappadocia Vocational School for Higher Education. Maybe it was a refuge from Izmir, and I didn’t want to be alone. I focused more intensely on music in that period.

It is great that you received education in another area of fine arts. Artisan by school, musician by craft?

Yes, yes. Different areas of art were always a part of my life. But music was incredibly important as well. I worked hard to improve myself. I would practice new pieces for days. I also listened to different jazz albums. I was especially influenced by Oscar Peterson, Bill Evans, Chick Corea, Keith Jarrett, Michel Petrucciani and Joe Sample, and started to practice their pieces.

Ah, there we go! I knew that you were influenced by Joe Sample! It could be felt clearly. So when did you move to Istanbul?

I was playing at a venue in Cappadocia. One day I got the phone number of our valuable musician Ahmet Say through a mutual acquaintance. I called him without hesitation and introduced myself. He invited me to his house in Ankara to chat after this phone call.

This is a great reward for your moral courage.

I was so excited. I went to Ankara. We had a conversation about music at his house. He asked my opinions and I told him. It was a great conversation. He called our mutual acquaintance that evening and asked “Is this boy really sure that he wants to continue on walking this path?” 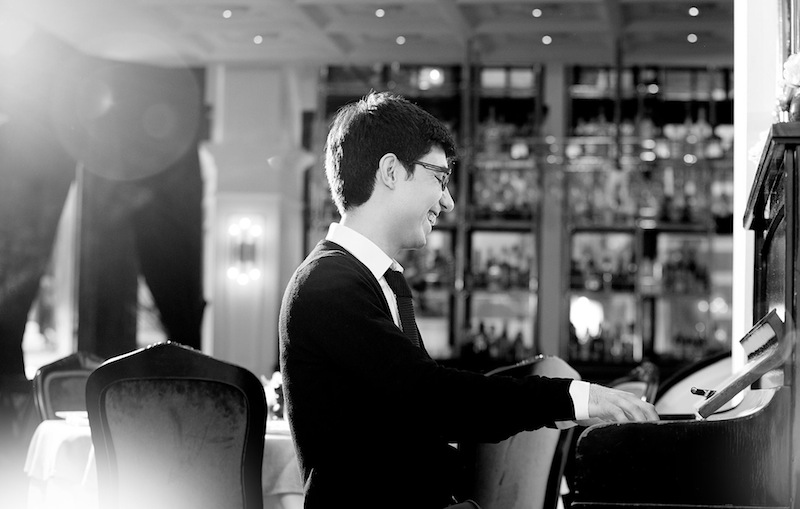 You obviously left an impression?

I think so. Then I found myself in Istanbul. I travelled to Ankara on occasion to meet up with Ahmet Say. We kept in touch. I realized I wanted to pursue a career in jazz and I entered the examinations of Berklee College of Music. I was accepted but I couldn’t go due to economical reasons. Burçin Büke has been really helpful with my musical practice for a while following that. I studied jazz harmony with Güç Başar Gülle. I met Eren Noyan and we started to perform together. We played during Istanbul Jazz Festival and at Nardis and 60m2 concerts together.

You have worked with some amazing musicians. They all have their own styles. And in the meanwhile your own style is shaping up. These educations are invaluable.

That’s true. Tendencies form through this much interaction with others. For example. Northern Jazz has been particularly interesting for me in these past 3 years and my musical perception has started to change. My cooking actually played a role in this as well.

Wait a second, “cooking” as well? As a profession?

Yes. I love cooking and food in general, this is probably because my mother is a great cook. The aggressive and dynamic nature of the kitchen has always been appealing to me. I got enrolled in Istanbul Culinary Institute to improve myself and I finished the Chef School.

Music, sculpture, culinary arts, I expect that you will become an actor next! So, what happened next?

I started to work in this field. I worked in the kitchen until the beginning of the summer, and continued playing at the same time. I would run to the stage after the kitchen was closed in the evening, trying to keep up with the rehearsals. It felt like working in the kitchen was more fun as a musician. It is like playing with an orchestra; there are dishes you have to constantly pay attention to, for example. Timing is important and everything has to be perfect. You also get a chance to meet all sorts of people from all sorts of backgrounds in the kitchen. You learn about different expectations and tastes. Those who prepare the food constantly try to find that commonality. Music is the same; perceptions and expectations of people are fundamentally different in this field as well. Sometimes we delve in too deep when it comes to technique and harmony, and we seem to forget that we are making music. I am one of those who try to remember. I have taken a hiatus on the kitchen and focused entirely on music lately. 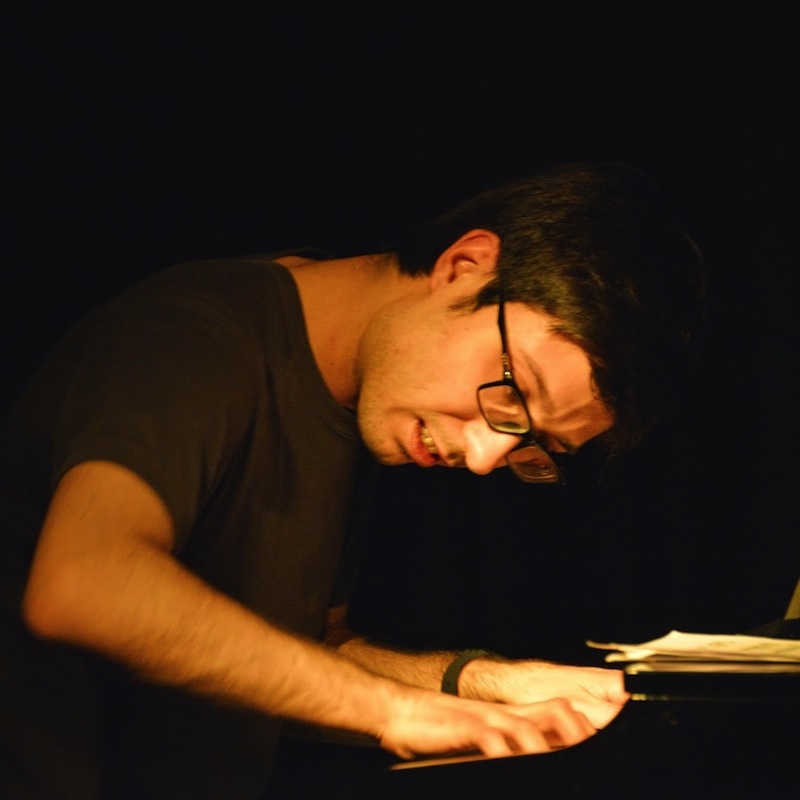 Music and food, the perfect couple. I get the vibes of a “minimalist” musician from you. Am I correct?

We can call this “austerity”. For example, a style I like: Lars Daniellsson. I really admire him. He has a plain and effective expression. I think we shouldn’t lose the soul of the music.

Do you have any time left to create new things while working on so many things at once? For example, what are some personal and solo things you work on?

Of course. I have been working on my “Umut Ünleyen Trio” for three years. We play our own compositions and examples of Scandinavian jazz. The team changed a bit two years ago and Burak Cihangirli took over the drums. We occasionally change our bassist now. Aside from that, I am working on musical projects and various vocal piano projects right now.

So, will there be some recording resulting from this trip project for us jazz lovers, or can we expect a solo project?

Yes. I am currently working on two projects which have the priority right now. One consists of my solo piano compositions. The pieces are inspired by the countries and cities I have visited so far. The second project will consist of pieces I composed for the “quartet”. I try to get these two projects ready to present to the listeners in the upcoming year.

Thank you for these great news and the information you have shared Umut. We are closely following your works closely.

I would like to thank you and JazzDergisi.com for its support in our humble circle and including me in this as well.