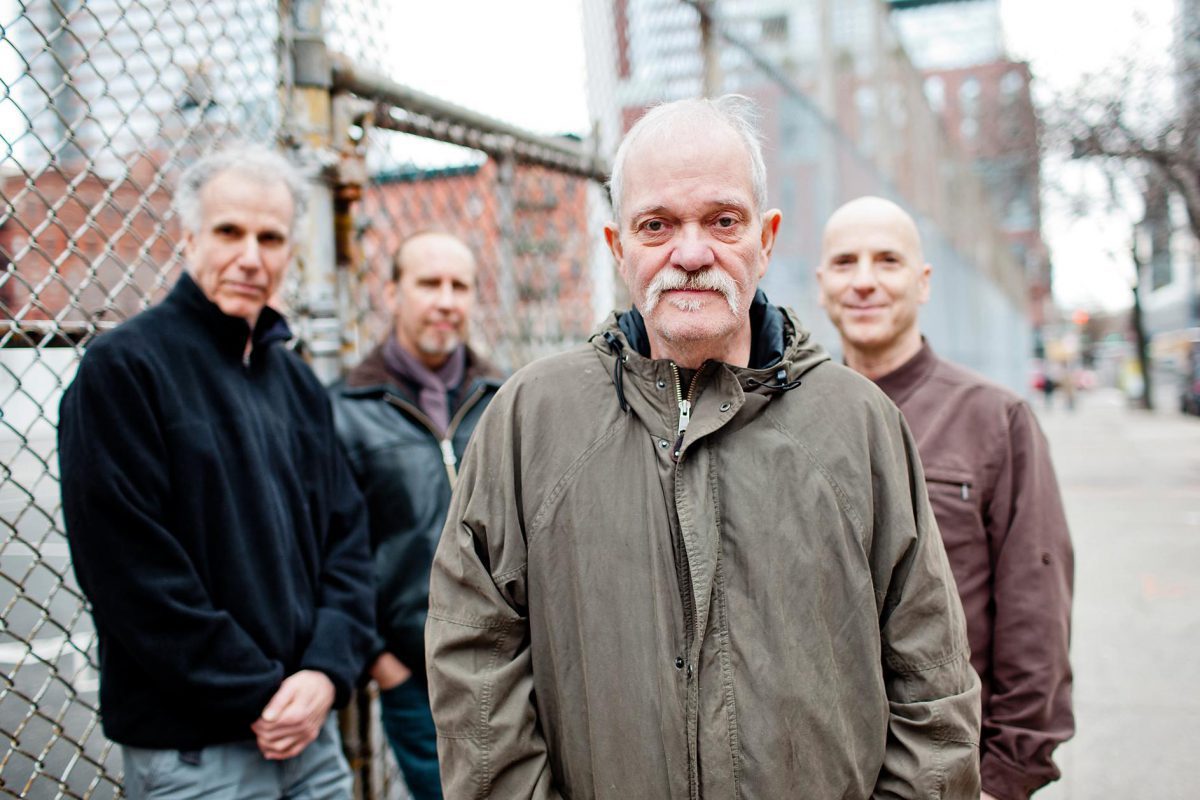 It is necessary to stay indoors, stay isolated and not to go out unless absolutely necessary, of course, but with the doctor’s appointments and vaccination dates coming up for our young one, we had to wear our masks and gloves, looking like aliens from another planet, and go out amongst the screams and shrieks of our baby during this afternoon.

I would like to share a couple of ways to make the “boring” minutes that fill our days lately by sharing an album that I recently discovered after a short research, that I had imagined for years thinking “how great it would be if such and such album was recorded!”, among with some others. 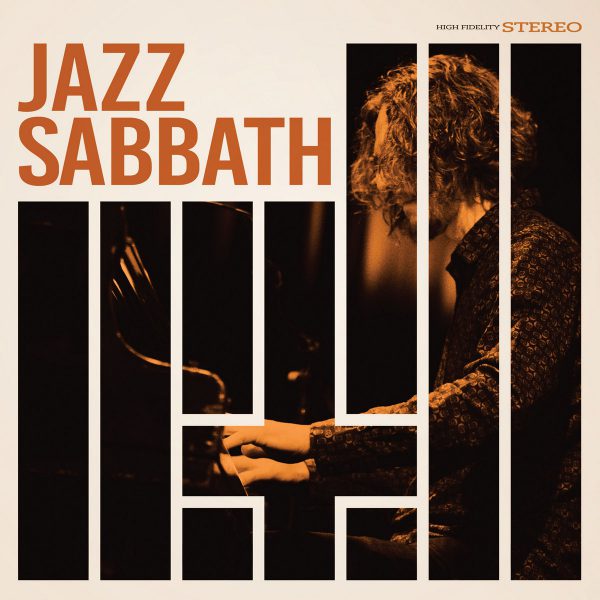 Jazz Sabbath, whose namesake album was released in the previous weeks, actually has a history of more than 50 years! Jazz Sabbath records their first studio album in 1968 as the forefathers of the “new British jazz movement” and the band members wait for the release of the album on the 13th of February 1970 with anticipation, just like their listeners. However, the band’s pianist Milton Keanes suffers a heart attack, delaying the album’s release. The release of the album is further delayed, even put on the shelf, after Milton is discharged from the hospital and learns that another band in Birmingham has been interpreting Jazz Sabbath pieces “claiming they have written them and calling this genre ‘heavy rock'” and even has released 2 studio albums… Until this year! The fact that this album was released so many years later shows how fearless and strong-hearted Milton Keanes is, especially keeping in mind that Black Sabbath has released their first namesake album on the 13th of February 1970 and went on to released their album “Paranoid” in September of the same year, writing a page in the history of music!

Of course, the story above is a fantasy. Even the name “Milton Keanes” is a fantasy itself (“Milton Keynes” is a district in Buckinghamshire which is to the northwest of London). Black Sabbath’s keyboard player and famous progressive rock pianist Rick Wakeman’s son Adam Wakeman recorded this unique album, which consists of 7 titles, to make some fun of the band or to bring a new outlook to Black Sabbath’s music after working with the band for years. I can easily say that those who listened to Black Sabbath’s music during the Ozzy Osbourne era will embrace this album full-heartedly, while those who don’t know about the band’s music will also percieve this album as a great recording. Fun, easily digested like a snack, this jazz album is served with ‘rock sauce’ on the side. 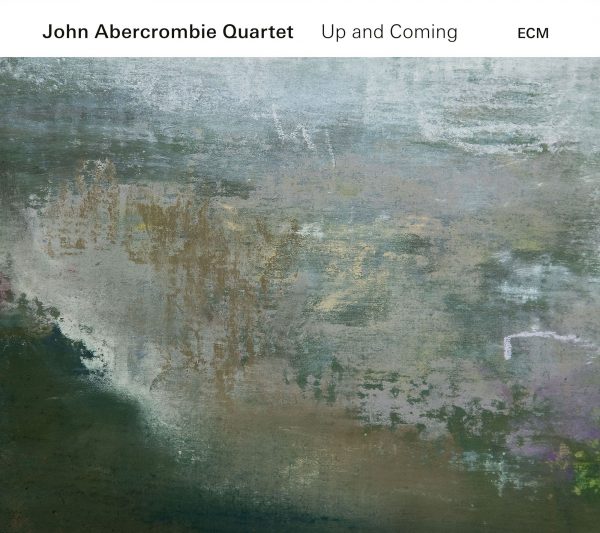 There are some moments in life: You ask yourself “How didn’t I do this?” while banging your head on the walls. You want to tell your beloved you love them; you can’t. You have something you wanted to buy for a long time; you don’t. The band whose concert you have wanted to listen to knocks on your door; you don’t go, maybe something came up or you changed your mind. Ultimately, there is something you want to do but you don’t have many alternatives for its opposite: you didn’t do it, you felt too lazy, you delayed it or you were afraid. John Abercrombie’s name has been hovering above me ever since I first got familiar with jazz but it never fell in front of me like Newton’s apple. I don’t know why I wasted so much time to open my closed doors to him. It definitely wasn’t fear, but I think it was more of a case of “I will listen to it sometime” or “why would I listen to Abercrombie while there are so many other alternatives?”. I got to know him in detail through Şevket Akıncı whose classes I took during my student years at Bahçeşehir University’s School of Jazz. However, I can include not getting involved in Abercrombie’s music after listening to his 2017 album “Up and Coming” as one of the top 10 mistakes of my life.

The album, which is a continuation of the 2013 ECM album called “39 Steps” features an incredible interaction among the band members. The cheerful and swingy steps taken in “Flipside” are followed by the sweet waltz called “Sunday School” while “Tears” showcases the close relationship between Marc Copland and Abercrombie. “Up and Coming” provides a valuable lesson to music lovers who think guitar and piano cannot easily make their way into the jazz stages as a duo. It is an album that makes the listener fall in love more and more as they listen to it while showing how a 4-man band can raise the stakes higher with every piece. Don’t miss out on “Sunday School” and the titular “Up and Coming”. 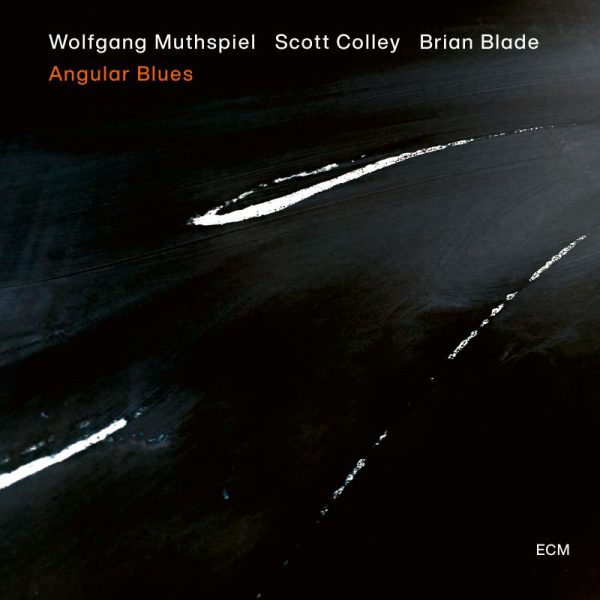 I decided to delve deeper into the younger generation or “young blood”, taking advantage of the time of Corona, instead of listening to the “legends” as I have done for a long while. I feel like I made the right choice after listening to Wolfgang Muthspiel’s ECM ambum “Angular Blues” which was released during the first few weeks the virus has hit Turkey.

Muthspiel goes back to the trio format, just as I had wished he would after 2 successful ECM albums (“Rising Grace” and “Where the River Goes”), with Angular Blues, recorded at Tokyo-Cotton Club during 3 2-set session on consecutive nights. Angular Blues is the musician’s first trio album after his 2014 one called “Driftwood” and he is accompanied by Brian Blade on the throne of the drums and Scott Colley, whom I remember from “Hommage À Eberhard Weber”. The musicians communicate through many interplays, resulting in a “delicate but sincere” album as many critics put it. Muthspiel does something for the first time, as far as I know, and included 2 jazz standards (Cole Porter’s “Everything I Love” and Gene de Paul’s “I’ll Remember April”) in this album. By the way, I mentioned interplays above, I realize now that I have been listening to many similar albums in the past few weeks! You can start listening to this album when you are at home, or when you feel like you are going through a stressful day and you can applaud Muthspiel’s melancholic creativity as much as you can. I recommend you listen to Scott Colley’s solo in “Everything I Love” and especially “Camino”.