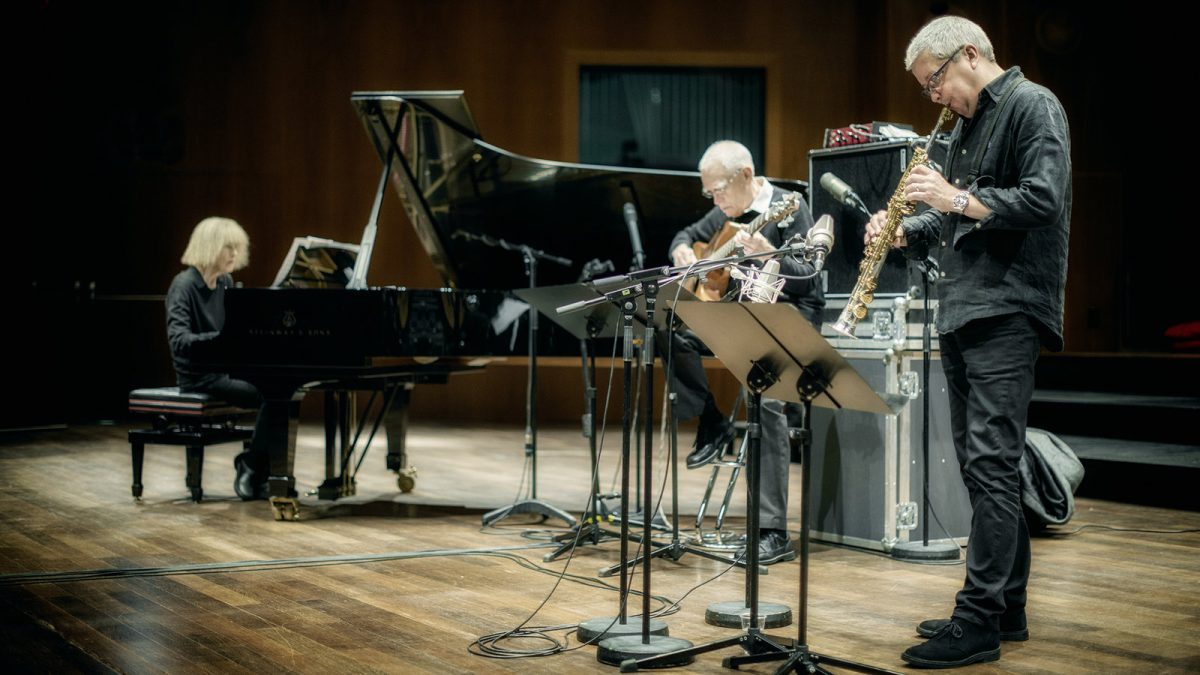 I recently learnt that Corona was at its peak point in Turkey and that a decline in the medical sense has started. The best step to be taken will to try to work towards a “new normal” in new terms, while waiting for the healthiest moment in the upcoming months for this normalization to start while still self-isolating at home. “International Jazz Day” took place during these days when we stay home and try to socialize within four walls with the help of the internet. The day was celebrated in many countries in Europe and America, including Turkey, with many online concerts, new albums/singles and similar events.

Let’s continue looking into some more albums which will help us get through the Corona days with music: 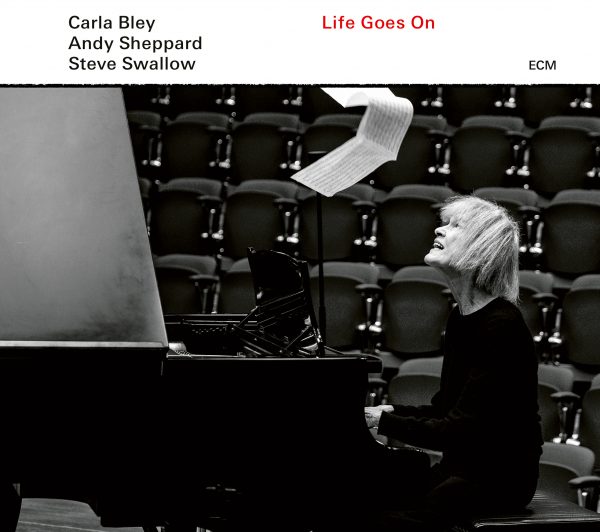 ECM album “Life Goes On” is a product of the ongoing collaboration (must have been 25-30 years) between American pianist Carla Bley, saxophonist Andy Sheppard and bass guitarist Steve Swallow. The album consists of three “main sections” or, as many critics put it, of ‘micro-suites’. These three pieces are separated into pieces within themselves that connect to one another like M.C. Escher’s paintings, therefore the harmony between the players who listen to each other while playing reflects upon the entirety of the album. The first starts with a gentle blues breeze through the heavy piano notes, which I believe minimizes Carla Bley’s personality and her love for bigband music, and this section acclimitizes the listener to the album. My favorite piece in the album, “Copycat” which is in the third section, is filled with improvizations and interplays as I am used to hearing from this trio. It is possible to see this album as the last installment to a trilogy with 2013 album “Trios” and 2016 one “Andando el Tiempo” , especially looking at the cover designs of the three. I don’t exactly think “Life Goes On” is a beginning album for those who want to learn more about Carla Bley’s music but I do recommend 1995 album “Songs with Legs” and “Trios” in order to feel the strong bond between the musicians and to gradually get to a point to appreciate this album.

Titles: Life Goes On / On / And On / And Then One Day / Beautiful Telephones I-II-III / After You / Follow The Leader / Copycat) 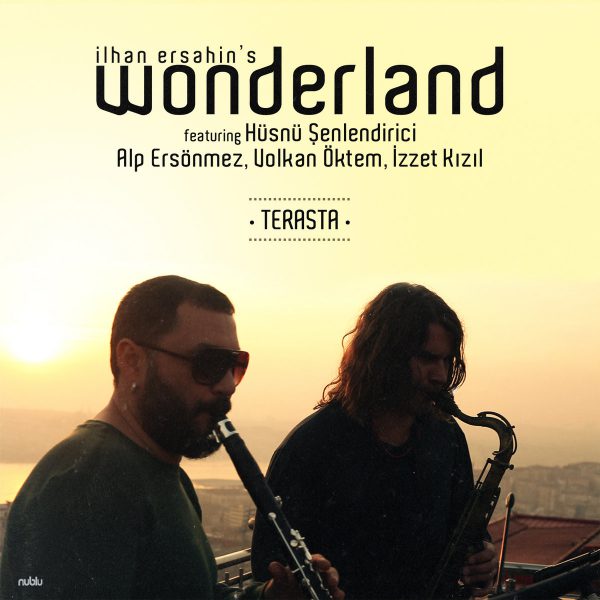 İlhan Erşahin released his second Wonderland album “The Other Side, Karşıyaka” with the clarinet virtuoso Hüsnü Şenlendirici, with whom he has worked with since 2013 and recorded a first concept album with, through his own recording label Nublu in 2013 as CD, vinyl and digital editions and received much acclaim from the critics. The album, which features surprise guests such as Jane Birkin, Gilberto Gil and Seyyal Taner, is impressive with its recording quality and my favorite pieces from it are “Göçmenler”,” Karşıyaka” and “Labne” along with the most sensational piece from the previous album “Aşk”, which are all recorded live with warmth, dilligence, fun, love, hope and fresh vibes. İlhan Erşahin later on released the videos of these pieces on YouTube. The wish of the listeners to listen to this live performance as a part of a small album must have motivated İlhan Erşahin, because he released the recordings of these four pieces as a digital EP called “Terasta” on Nublu’s bandcamp site on the 1st of May.

“Terasta” was recorded in one of the most famous restaurants in Istanbul called ‘Yakup 2’ and on the terrace of one of the possibly oldest hotels in the same city called ‘Büyük Londra Oteli’ and past and the present melt into each other with every note in this EP. There is no reason left not to accept İlhan Erşahin as the “Edip Cansever of jazz music” after digesting the band’s performance.

One can easily say “Yes, this music is really nice” and feel the goodness that the music contributes to life with every piece in “Terasta”, which I hope to listen to on a good sound system through a CD or an LP format… 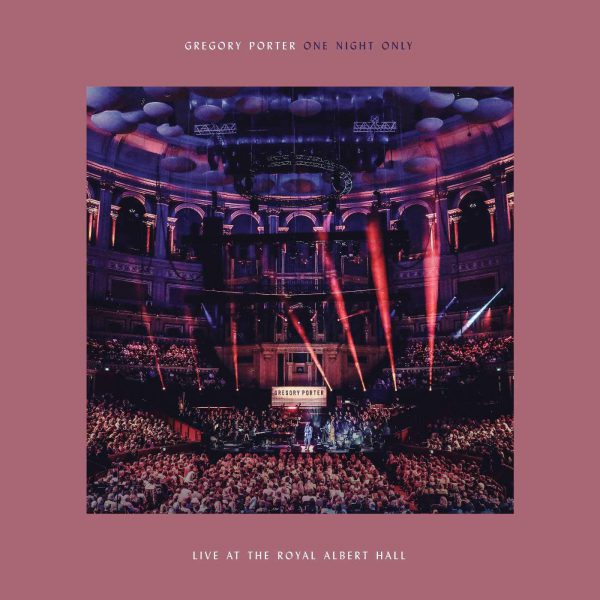 Gregory Porter – One Night Only

It must have been one of the biggest disappointments in music history that Decca turned down The Beatles demo recordings, saying “Guitar bands are no longer are in demand, and these kids don’t have a future!”. It is possible to see the fact that Motema lost Gregory Porter to Blue Note after his 2012 album “Be Good” as a similarly disappointing experience in the jazz circles, because Gregory Porter climbed the stairs to fame shortly after releasing his second and last Motema album “Be Good”. Porter presents R&B style love songs and jazz standards in what I believe to be an innovative and special approach with under the Blue Note umbrella and sits on his throne as a male jazz vocalist who cannot easily be compared to anyone else. You can experience one of the best examples to this by listening to his Royal Albert Hall concert in April 2018, called “One Night Only”. Most of the concert consists of pieces from “Nat King Cole & Me”, released previously to this album, and a few pieces from his 2016 album “Take Me To The Alley” and 2015 album “Liquid Spirit”. I felt that the band and the orchestra played the Nat King Cole pieces with more vigour. “Live at the Royal Albert Hall” is a good choice in high-quality jazz vocal albums to listen to while being cooped up at home during these troublesome days.

Pieces: Mona Lisa / But Beautiful / Nature Boy / L-O-V-E / Quizas, Quizas, Quizas / Miss Otis Regrets / Pick Yourself Up / In Heaven / When Love Was King / The Lonely One / Ballerina / No Love Dying / I Wonder Who My Daddy Is / Sweet Lorraine / For All We Know / The Christmas Song / Smile / Hey Laura / Don’t Lose Your Stream)