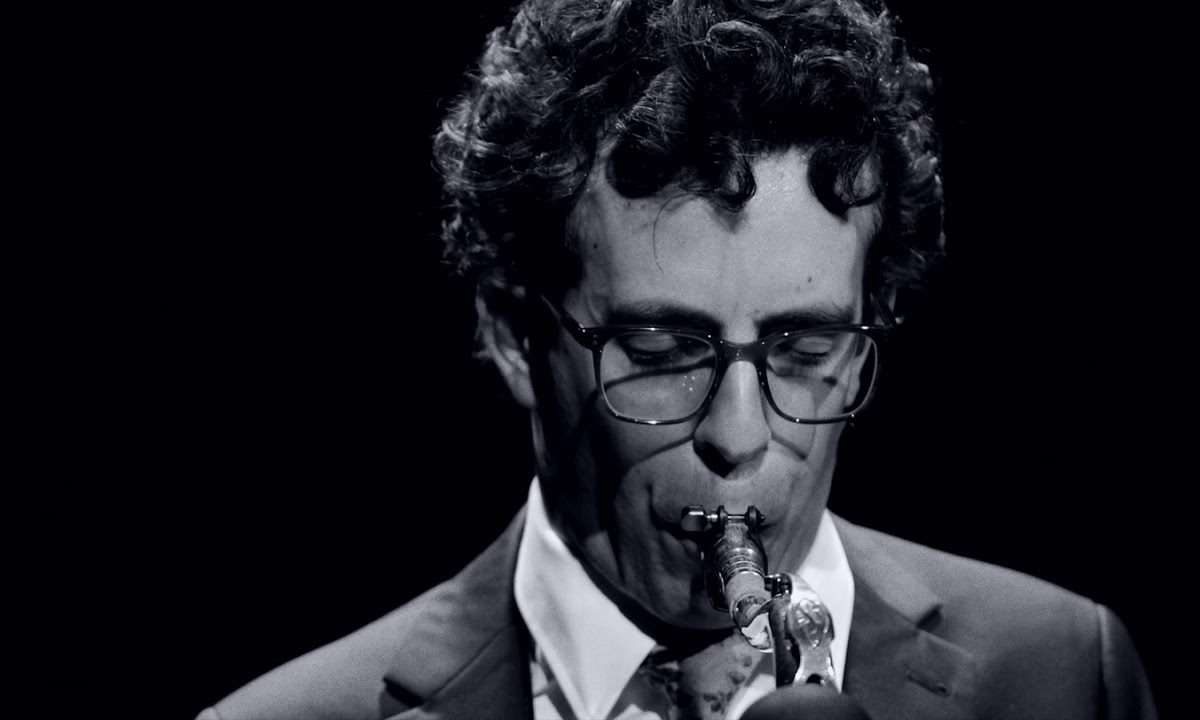 We have seen an increase in the number of the test kits available and a drop in the case numbers these weeks, taking strong steps towards progress. Even the travel bans have been lifted. Strict prohibitions give way to “relaxed rules” and it is evident that everyone is feeling the same: Everything has an end and we all sincerely want these overcast and grey days to end as soon as possible and go out in the sun.

We have more access to jazz music and the ability to follow it more easily through technology on the tip of our fingers and have the luxury to reach out to what’s new as our patience gets tested within the confinement of our homes.

Let’s continue with investigating examples that can help us get through the time of corona comfortably through music: 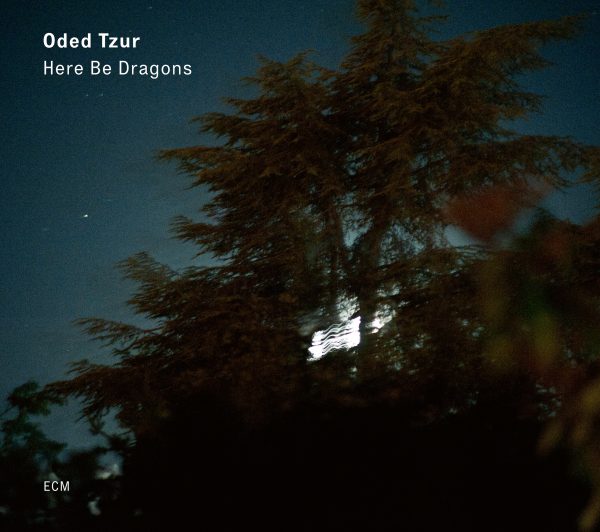 Tenor saxophonist Oded Tzur’s first ECM studio album “Here Be Dragons” is a great example to the “luxury of greeting new released with open arms” which is a silver lining of Corona, as I have been trying to demonstrate for weeks…

“Here Be Dragons” is one of my favorite albums that I listened to in the past month along with Avishai Cohen’s ECM album “Big Vicious”. It is an interesting coincidence that both musicians were born in Tel Aviv in Israel, and this might show my subconscious attention to the cultural values of this country these days? The titular “Here Be Dragons” is a total ECM piece and we can see that the producer of the album is naturally Manfred Eicher, realizing his talent to pick out special music and musicians like a needle in the haystack after listening to this album.

Steve Lake, who wrote the album booklet, interestingly mentions methods Oded uses in his work in this album and how classical Indian music and rhythms have influenced the creation of these pieces. Any music lover who has spent some time with ragas can easily feel that Oded has learnt from these elements and used them in this album. I would suggest you pay close attention to “20 Years” and “The Dream” in which I believe that these rhythms were based on. It was a great personal surprise for me to see Jonathan Blake, whom I have been following closely, plays in this album. “Here Be Dragons” is a star studded album, perfect for those who wish to learn about a fresh new music and musician. 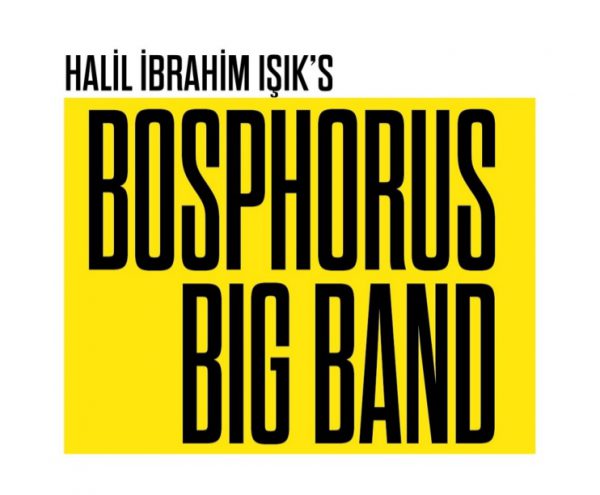 I had a small internal discussion before listening to this album and thought about many things: My previous articles I wrote in the previous years, my short-run radio program of 35-36 programs… About Wynton Marsalis & Jazz at the Lincoln Center Orchestra I played in every program, which I would happily mention in every article I write, the successes of the orchestra, the Pulitzer they were awarded in 1997 with “Blood on the Fields”. I thought about the jazz concerts in Turkey and the side projects of the musicians who play at these concerts and I finally got to the conclusion that the first EP of “Bosphorus Big Band” lead by Halil İbrahim Işık, released by Lin Records at the end of May, is such an appropriate album even though it is a latecomer.

Keeping in mind the album sales, concert participation and the utilization of digital platforms to listen to music in Turkey (I wrote Turkey but unfortunately the situation is the same everywhere), we can see that jazz comes at the bottom, which doesn’t come as a surprise. I believe that big ensembles and big band formations in addition to trios, quartets and quintets can contribute to increasing the popularity of jazz music among the audiences. One can see and experience many different instruments and what these instruments can do together in a big band; it is a subgenre that is colorful and has many stories. “TRT Istanbul Light Music and Jazz Orchestra”, a source of pride for TRT for many years, and “CRR Big Band”, which was founded in 2007 and signed its name under many great concerts, were the two big bands that produced high quality music. That was until Halil İbrahim Işık, who is a member of both these two big bands, put his hand under the rock and said “now listen to this special genre through my perspective” and founded Bosphorus Big Band…

It isn’t for everyone to gather such a group of esteemed musicians together under one roof. It isn’t an easy feat to spare time from their private lives and their music and to view life through the same window together as lead by Halil İbrahim Işık. However, the long-lasting friendship Halil İbrahim Işık has formed with all these musicians, his professional approach and his mastery over 5 track EPs are the qualities that every big band leader should have. The fact that Bosphorus Big Band is a group that is designed to accompany foreign musicians who are to give concerts in Turkey is another exciting detail. Lin Records album “Bosphorus Big Band” is like a medicine for my soul which used to keep shouting “Wynton Marsalis! Wynton Marsalis! Jazz at Lincoln Center!” as if no other big bands existed in the world of jazz. Only a couple of words are left to be said: Halil İbrahim Işık shouldn’t waste any time and evolve this 5 track EP into a full album and to put forward a big band album that hasn’t been heard of in Turkey like an oratorio after doing a long research of topics, problems, content, ideas of his own choosing…

(Note: TRT Istanbul Light Music and Jazz Orchestra recorded albums with esteemed musicians like Nükhet Ruacan, Atakan Ünüvar and Tuna Ötenel years ago under a series called TRT Archives, but the younger generations should listen to warm blooded young musicians working with TRT Big Band.) It is exciting to listen to an all-star band consisting of some of the best jazz musicians in Turkey in such a great recording. Halil İbrahim Işık says “ The Days of Wine and Roses” with his 4th title but I really enjoyed the small reference the band made to ‘Bye Bye Blackbird’ in the first few seconds of the piece!

The album is good. The album is really good. I got worn out while writing the list of musicians who recorded this album, but the music you will listen to is in no way tiresome. Good job to everyone whose effort went into it, especially to Halil İbrahim Işık and Lin Records family. 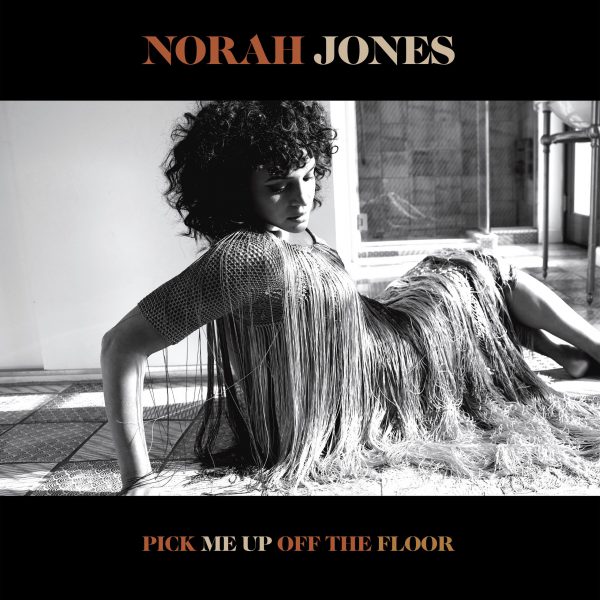 Norah Jones – Singles: “I’m Alive / How I Weep / Tryin’ To Keep It Together / Were You Watching?”

Those who have followed my previous articles know that I do not enjoy Norah Jones’s music except for her two albums. Norah’s work quickly dropped in quality with every new album that followed “Come Away With Me”, making us think “Wish she could go back to her old days!” with “Day Breaks”, followed by the catastrophe that was “Begin Again” which brought to mind “she is the same Norah Jones who makes background music!”. Every single Norah Jones has released is comparable to her “Day Breaks” album, and these 4 pieces we are presented with during the time of Corona are bearing the news of “Pick Me Up Off The Floor” which is to be released mid-June through Capitol. The album consists of pieces were left over from “Begin Again”. I will be honest: The singles aren’t bad but I don’t think they are the usual Norah Jones pieces. “I’m Alive” is a collaboration between Norah and Wilco’s guitarist Jeff Tweedy and it is an easy to listen to piece that takes the listener back to “Feels Like Home” times… “Were You Watching?” is a little darker, like a slap in the face, rewatching things we were supposed to see but missed out on, leaving us amazed with what forms in the background… I didn’t really like “How I Weep” and the album’s melancholic bonus track “ Tryin’ To Keep It Together ” as much as to make a comment about them yet. I believe that I might like them after listening to them again. Nevertheless I trust in your comments and opinions about these pieces.

I think “Pick Me Up Off The Floor” finally signals a ‘good’ album from Norah Jones this time.