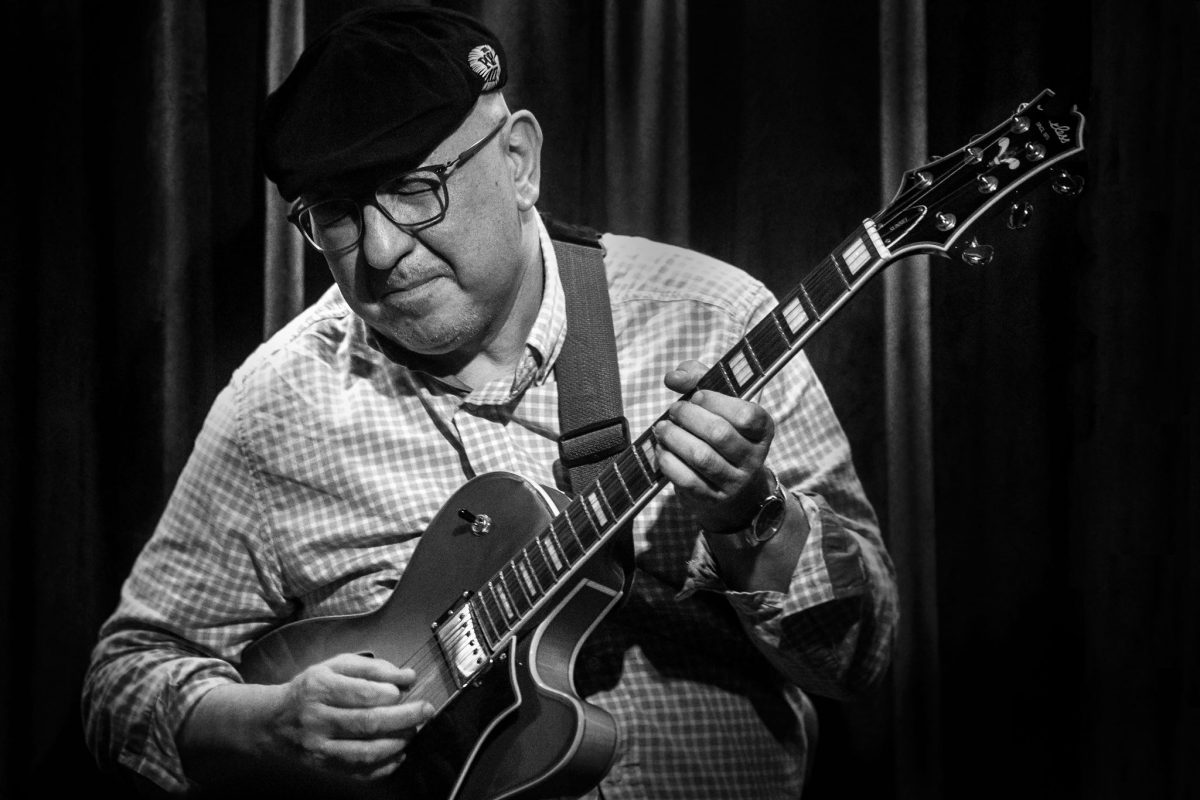 Even though inevitable busy days resulted in more sporadic articles, I think it has been a fruitful period when it comes to test driving an endless array of great jazz albums.

Corona is still unfortunately among us, saluting each and every one of us, getting even more violent as it continues its reign. We came to an understanding that we cannot avoid it anymore, now discussing about which masks are gentler on the ears or if the rest of our accessories go with the mask and outfit we wear that day…

Either way, let’s keep on being cheerful and look into some examples of great music while we keep on practicing caution and abiding by the pandemic restrictions. As I said, there have been many great examples these days; many things to write and share about:

İlhan Erşahin is a musician I can easily call a genius due to his creativity and the many simultaneous projects he works on at a time. The musician released possibly one of his best works in the recent years during his search for what could be done to improve his music further. He shared two singles from his Istanbul Sessions album “ Bir Zamanlar Şimdi ”, released on the 13th of November, presenting us with yet other examples of the “İlhan Erşahin Sound ” I came to know so well since Wax Poetic and Wonderland.

In this bleak World we live in, everything changes within seconds, renewing themselves. Ideas change, develop; our choices differetiate; the special and worthy things have a way of shining through the mundane and mediocre. Those who cannot keep up with these changes are left behind or keep on repeating themselves only to end up living in their small Worlds with no improvement. İlhan Erşahin always builds up on his previous work with Istanbul Sessions, Alp Ersönmez (b), İzzet Kızıl (perc), and Turgut Alp Bekoğlu (d); he never looks back and aims to develop what he has already created previously with his friends. “Aslan ” and “Hurri-Mitanni (güzel haber) ” prove how İlhan

Erşahin is a musician ahead of his time, as I tried to portray above, from the first seconds of these pieces. I think these signal to an amazing album we will listen to for many years to come.

Önder Focan is a great teacher. He is an amazing musician in all senses of the word: he shows his fellow musicians how to break molds to become free, and to stay within invisible walls when appropriate, while expressing these minute and deep details to the listeners as well as the musicians. Every album Önder Focan has recorded so far has different feelings, different textures, different points of view and different questions they address. His latest trio album “ NuBook ” follows this tradition. Focan’s aim in this album seems to be to convey the innovative ideas he has with the help of young and successful jazz musicians Enver Muhamedi and Burak Cihangirli, with whom he has played with for a long time, and to tell the stories he constructed in his mind in the clearest and purest way to his listeners. The most noticable difference in this album when compared to the rest of his work is that the guitar is even more so in the foreground in comparison to the wind and keyed instruments.

All the pieces except for two (Muris Varajic’s “Silent Inner Cry” and the Gershwin classic “Our Love Is Here To Stay”) are composed by Focan. My favorite pieces in this great album are “Galata 8 ”, “Summer Heat In Finland” and “Still Cold ”. “NuBook ” is a must for all those who love guitar trio music like I do.

We have listened to music often at home since the first days of isolation caused by Corona (we still do). The concerts are slowly resuming to take place (I don’t know what will happen with the concerts, especially in Istanbul, as I am writing this article), but live recordings of performances are treasured by those like me who don’t yet feel ready to go to a concert or those who cannot find the time to do so. I have not had the chance to go myself yet but I have come to known Village Vanguard as a jazz temple from what I heard from my friends who have been there and through the albums recorded in this club. The venue hosted pianist Gerald Clayton, whose work I first got to know from Diana Krall’s “From This Moment On ” album, and his band for 6 days. This resulted in a recording called Happening: “Live At the Village Vanguard“ which has been released by BlueNote since then. This album is the first BlueNote one that features Clayton as the band leader, even though he has recorded as a member of the bands of Ambrose Akinmusire and Charles Lloyd before. It is possible to feel that each one of the pieces in this album as living breathing entities of their own from the performance of Clayton. The musician states ““I called it Happening to highlight the fact that this music is living, that we have a whole lot of happenings throughout the year, and performances at the Village Vanguard are some of the most special of those happenings,” says Clayton. “It’s such a special, sacred place for the music. You really can feel the presence of what’s occurred in the room.” In an interview he has given.

The most interesting pieces in the album seem to be “Envisionings ” and “Rejuvenation Agenda”. If you would like to listen to a great live concert recording, Gerald Clayton presents a good alternative. It is a good idea to include this album to your collection for easy Access.