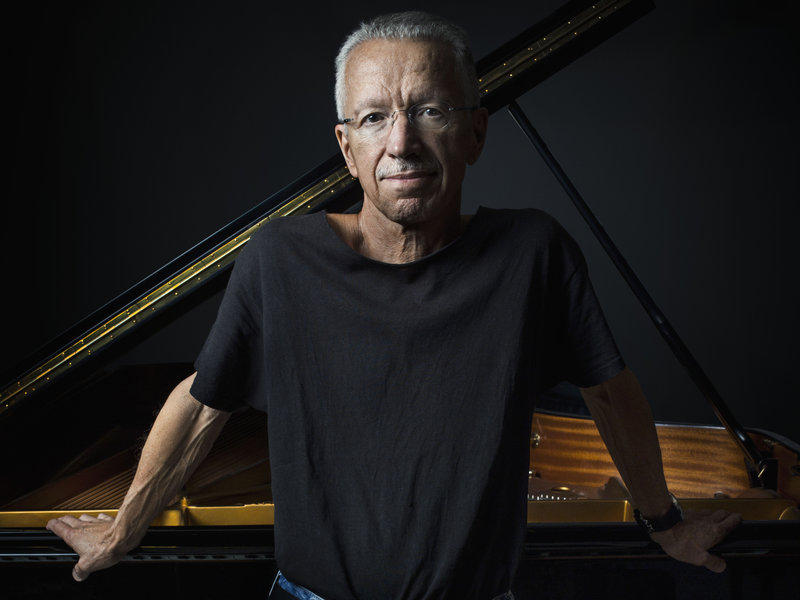 2020 has been over for a while. Different vaccines, the virus that keeps mutating, lockdowns that only allow going to near-by markets, frantically washing the produce we buy other than flour or similar, etc… We made it out alive, and left behind this cursed year, in which the only good news I received was the birth of my son. 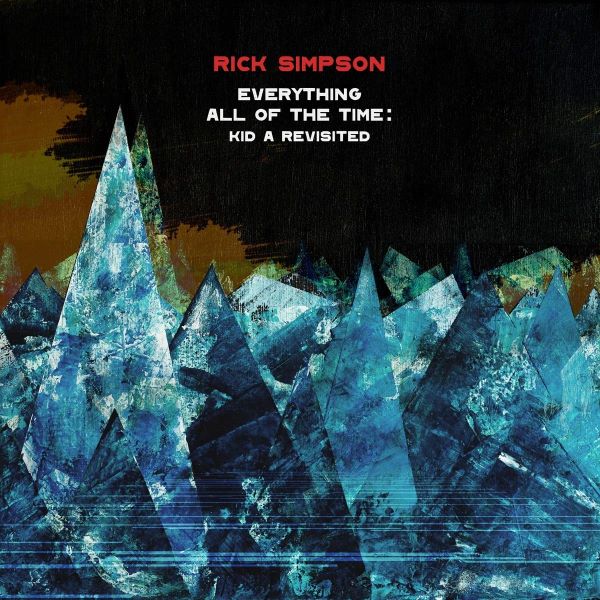 I really like Radiohead, and I especially try to follow musicians who combine the music of well-known bands like Radiohead with jazz. I have always wondered how they walk the pathways they create in their brains. I have listened to an example of jazzy arrangements of Radiohead’s music for the first time in Brad Mehldau’s “Songs: The Art of the Trio Volume Three”deki “Exit Music (For a Film), recorded with Larry Grenadier on double bass and Jorge Rossy on the drums. I realized what a big Radiohead fan Mehldau is after researching on the topic. ‘Paranoid Android’ in his “Largo” album and ‘Everything in Its Right Place’ in his trio album “Anything Goes” are great examples to this. Another example I came across that could make jazz lovers enjoy Radiohead is intermingling of Hancock’s ‘Maiden Voyage’ with ‘Everything in Its Right Place’ in Robert Glasper’s 2007 Blue Note album “In My Element” (As a side note, I really don’t enjoy Glasper’s music other than merely tolerating this trio work, and can sign my own name under Brandford Marsalis’s comments that he made last year”). That was until I got to know about Rick Simpson…

Rick Simpson’s revisitation of “Kid A”, an album that carried Radiohead to the upper segment along with “OK Computer”, views this music from a different perspective while giving the listeners to have a different experience of both Radiohead and jazz music. The pieces to pay special attention in the album include . “How to Disappear Completely”, warm-blooded “Idioteque” and “In Limbo” with a great Dave Whitford intro. It is easy to feel how masterful notes coming from the depths of Rick Simpson’s soul translate into Radiohead’s music, resulting in a need to listen to this album on a loop countless times that says “This is exactly what a cover should be like!”. You end up listening to the whole album after liking a musician’s single piece and follow them closely; Rick Simpson’s “Everything All of the Time: Kid A Revisited” allows this and you find yourself in his 2006 Two Rivers album “Klammer”. Rick Simpson is a successful musician for those discovering him and “Everything All of the Time: Kid A Revisited” is a great, flowing album.

Tracks: Everything in Its Right Place / Kid A / The National Anthem / How to Disappear Completely / Treefingers / Optimistic / In Limbo / Idioteque / Morning Bell / Motion Picture Soundtrack) 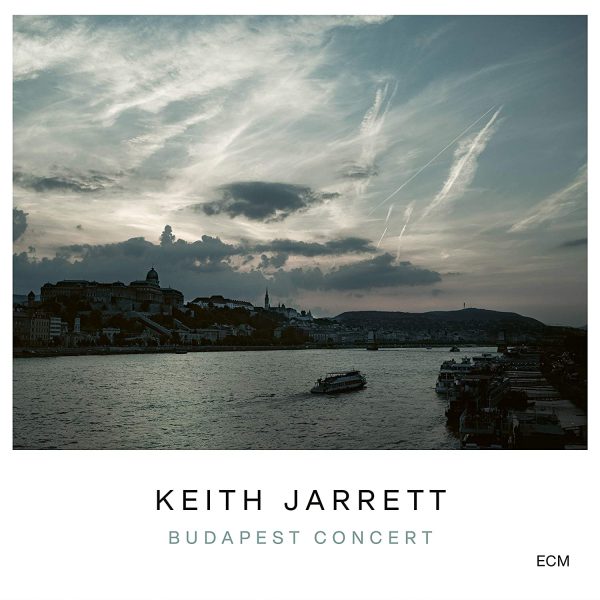 This is of the most exciting albums of 2020, in my opinion, along with Gerald Clayton’s live performance recording at Village Vanguard. However, it is also a bittersweet farewell from a genius. Keith Jarrett recorded the final concert of his Europe tour in 2016 at Philharmonic Hall in Munich on the 16th of July, 2016 and released this recording with the title “Munich 2016” through ECM last year. “Budapest Concert” is another recording from the same tour, and is recorded at “Béla Bartók National Concert Hall” in Hungry’s capital Budapest where Keith Jarrett traced the roots of his family to. The pianist’s recent album features movements and pieces with different stories, just like in “Munich 2016”, in contrast to his “Paris Concert”, “Vienna Concert” and “La Scala” recordings that consist of 2 pieces in 40-45 minute blocks. The energy of the album expands and grows with every piece and reaches the audience with its full force during the encore.

Keith Jarrett is possibly going through the hardest period of his life following his “Chronic Fatigue Syndrome” diagnosis. Jarrett surprised his listeners when he explained that he suffered a stroke in February of 2018, following another in May 2019 while he was still receiving treatment, and that it is very hard to walk with a cane. In this interview with the New York Times, the musician also said his treatment is going well, but it wouldn’t be possible for him to give concerts anymore. This detail shows how special this album is and allow the listeners to have another perspective while listening to it.

I hope we can see Keith Jarrett making music again. However, it seems like “Budapest Concert” might be his last live recording unless ECM released the pianist’s previous solo or trio concerts. 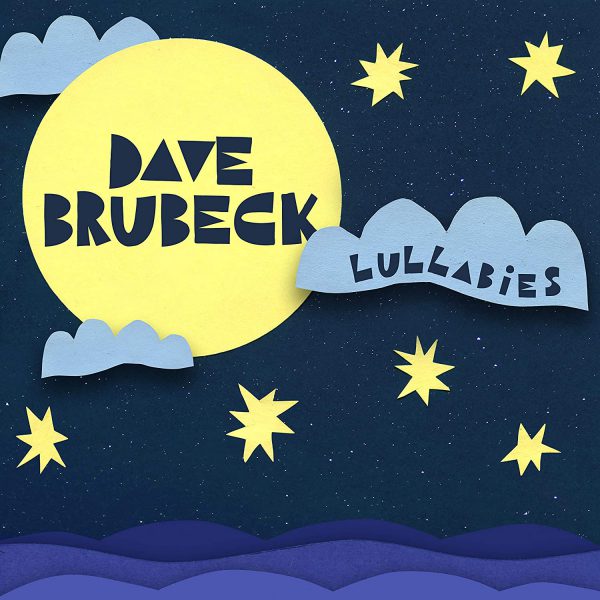 Dave Brubeck visited Istanbul during his world tour in the end of the 50s and leased Time Out, one of the most mind-boggling 3-4 jazz albums, after feeling the rhythm and soul of the streets of the city. He pushed the boundaries of popular time scales with this album. 6th of December 2020 marked Dave Bruebeck’s 100th birthday and one of the 2 albums to be released for the occasion “Lullabies” (The other album is called “Take OutTakes” and features unheard pieces from the recording process of ‘Time Out’) made its way to the shelves of his listeners. This album is the last studio and last solo piano album the musician recorded before his passing. Different sources quote that Dave Bruebeck compiled this album for his grandchildren, while Brueback says ““From the beginning of time, mothers have lulled their babies to sleep — softly singing familiar melodies. Some of the melodies on this album are like those familiar songs. Some are original pieces that I thought would appeal to babies as well as an older generation. I hope the littlest ones will respond to this music, and that parents and grandparents will enjoy it as well.” about his album.

I believe the most important detail about this album, recorded in 2010 before Dave Bruebeck’s passing in 2012, is the fact that it is the musician’s final studio album that was released on his 100th birthday. It is possible to find “Great American Songbook” based solo piano pieces online in countless playlists on digital music platforms for younger jazz lovers to listen to as “lullabies”. So it is hard to call “Lullabies” a very different or a very special album in this aspect. However, it could be a great addition to those who love Dave Bruebeck’s music and want to include it in their collection. “There’s No Place Like Home” and “Summertime” are worth paying attention to.

Tracks: Brahms Lullaby / When It’s Sleepy Time Down South / Over The Rainbow / Danny Boy / Going To Sleep / There’s No Place Like Home / Lullaby For Iola / Koto Song / All Through The Night / Softly, William, Softly / A Dream Is A Wish Your Heart Makes / Briar Bush / Sleep / Summertime / Brahms Lullaby (Reprise)