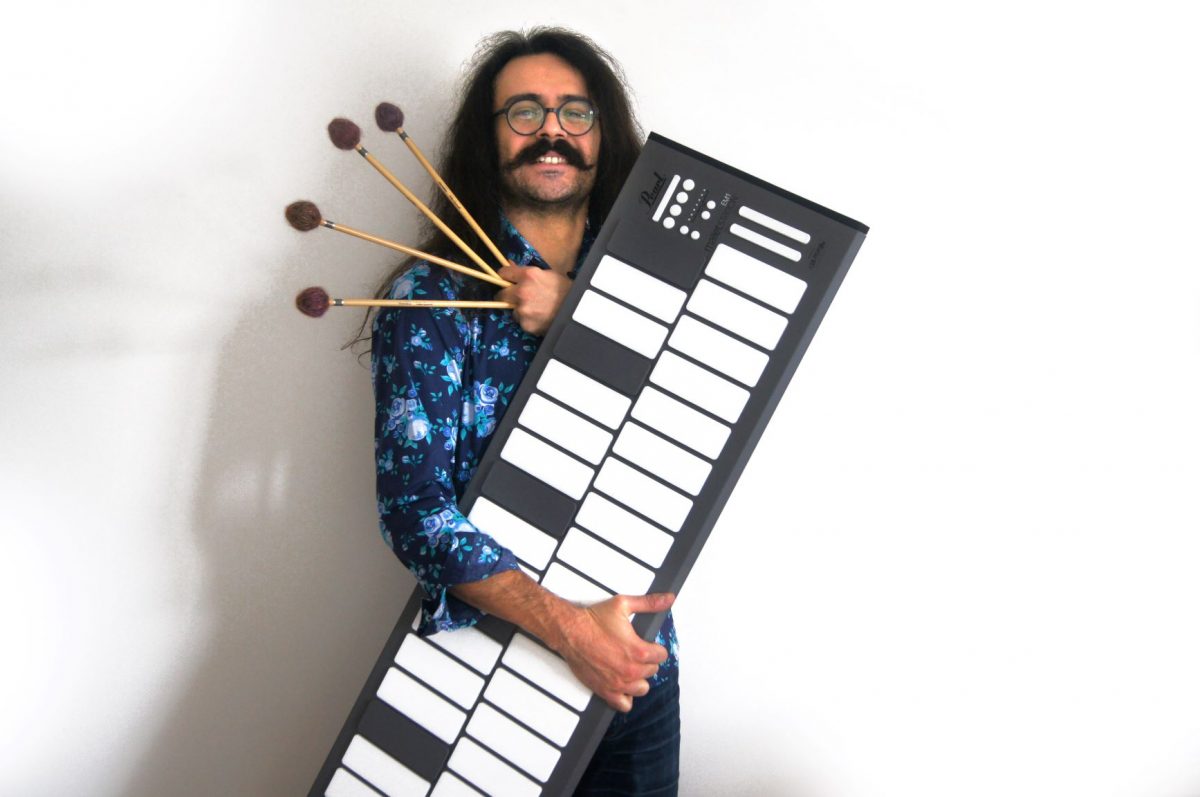 The vaccinations have started! Everybody is waiting for their turn, we keep hoping our names will be called up soon, let’s see when we make it. We will see… We will continue our journey through great albums in the meanwhile: 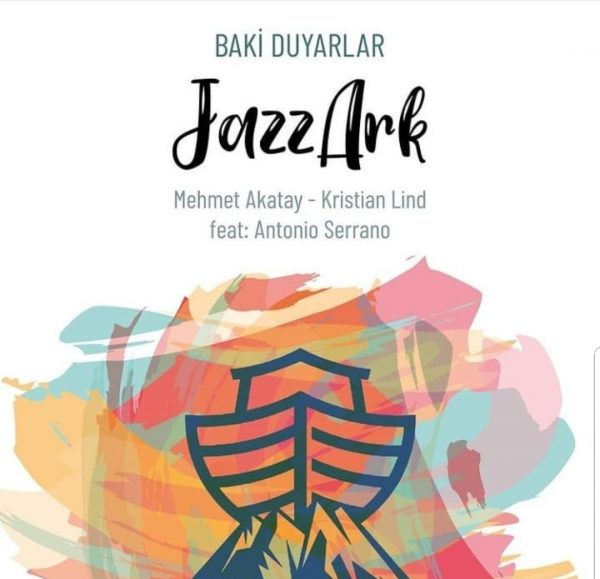 Not everybody can be creative in music, ‘carefully knitting the notes while thinking ahead’ especially is not a common talent. I don’t believe even musicians who claim “I am!” choose to think in such minute detail. On the other hand, Baki “Jarrett” Duyarlar says “Come on!” as he gathers his experience of many years as a musician “We stayed here too long, hop on and let’s sail away”.

All of us know about the legend of “The Arc/The Apocalypse/Noah’s Arc”. There have been countless documentaries and films made on this subject (2014 drama movie “Noah” and 2007 comedy movie “Evan Almighty” are examples of this). Let’s quickly recap: The number of people who didn’t believe in god was high, Noah prepared a “boat, an arc” with god’s orders and included all the believers (minus his nonbeliever son) and a pair of every living creature and survived the flood, those who didn’t believe perished through god’s wrath, only those in the arc survived and the boat ended up being lodged on the skirts of Mount Ararat, enabling the mankind to continue on from there…

Let’s agree on this: Baki Duyarlar will not gather those who believe in god and his wrath and leave the rest of us to fend ourselves against a flood, of course, but it is clear that he has put maybe one note, one moment, or at least an idea from all of his albums in his “arc” and sailed off to beautiful lands with his latest album “Jazz Ark”. What did we say: Noah put a pair of every living creature in his arc. Baki Duyarlar put aside “bits and bats” from every album he has ever recorded; he worked with 4 musicians of different “colors” in his album “Colors”, breathing in the air of their lands, he invited passengers from both Northern and Eastern Europe as well as “across the ocean” from America in his “Overseas”, and didn’t forget to make a stop in Turkey with his KemenJazz. The arc has been continuing on its travels for many years for Baki Duyarlar. Duyarlar takes us on a journey on the best moments of his adventure with talented musicians from different lands, allowing his listeners to breathe the fresh air of his country while they look out the port holes. Mehmet Akatay, whom I got to know through his Laço Tayfa album “Hicaz Dolap”, released through DoubleMoon in the beginning of the 2000s, shows how important it is to “listen”, to “watch” and “to follow” in addition to playing and reflects this upon his performance by following Baki Duyarlar only a step behind with every rhythm he plays… Nt favorite pieces from the album, enriched by the colors of Antonio Serrano’s harmonica, are “Lazy Daisy” and “Brazillian Vanilla”. The real followers of Baki Duyarlar will remember the first performance of “Velespit” during the Kemenjazz concert as a part of the 27th Akbank Jazz Festival at Caddebostan Cultural Center and that he said “We tried to play this piece 15 times and failed but now we are ready to play it!”. This piece is expected to be included in the second album of Kemenjazz and finds body as “Velocipede” in this album. The performance of this piece is great and flows like the rhythm of a clock; tick-tock, tick-tock…

It is a great pleasure to digest this album slowly by listening to it over and over again… The rest, as can be imagined, is like a happy dream and standing ovations in our imaginations. 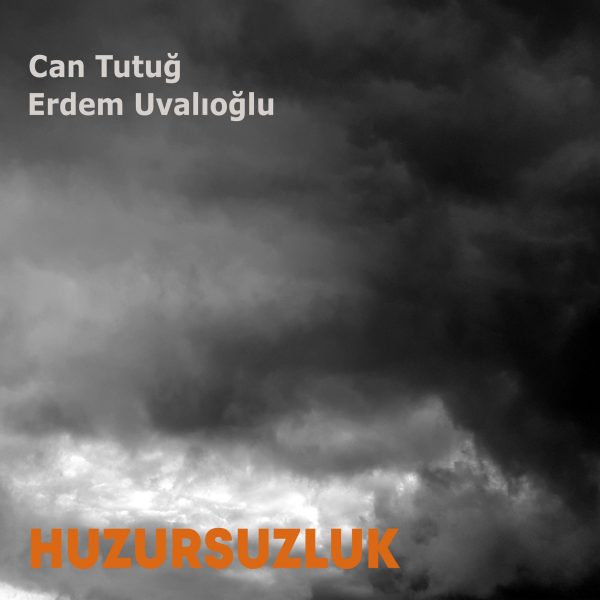 I really love such beautiful and original albums as this. It wouldn’t be inaccurate to claim we spent years listening to duo albums: Piano and double bass duo albums (Keith Jarrett, Charlie Haden – “Jasmine” & “Last Dance”, Kenny Barron, Dave Holland – “The Art of Conversation”), piano and saxophone duo albums (Kenny Barron, Stan Getz’s Denmark Montmartre concerts, Joshua Redman, Brad Mehldau – “Nearness”) and even saxophone and drum duo albums (John Coltrane, Rashied Ali – “Interstellar Space”). However, this is a first for me as a vibraphone and drum duo album and I was sure that it would be a special experience from the first moment and I knew I was not mistaken after listening to it.

I have been following Can Tutuğ since his “Cold Vibes” project he debuted in 2015 IKSV Istanbul Jazz Festival. He is one of the few people who play jazz music with vibraphone in Turkey. Can also successfully works as a medical doctor in Kırklareli and is a rare musician who proves that life isn’t all work and no play. The ambition and power created through the years, countless concerts and notes created dissolve into a whole in this special album called “Huzursuzluk”. The pieces that left an impression when I listened to the album for the first time were “For Gunther Hampel” and “Bye L.”.

I hope Can Tutuğ will internalize the recording process of this album, be even more diligent in the details of his next album and use all the opportunities provided by recording technologies to their limit in the future. His first studio album “Huzursuzluk” will become a classic in no time as an album you will want to return to in the future. We excitedly await the new installments on these series. 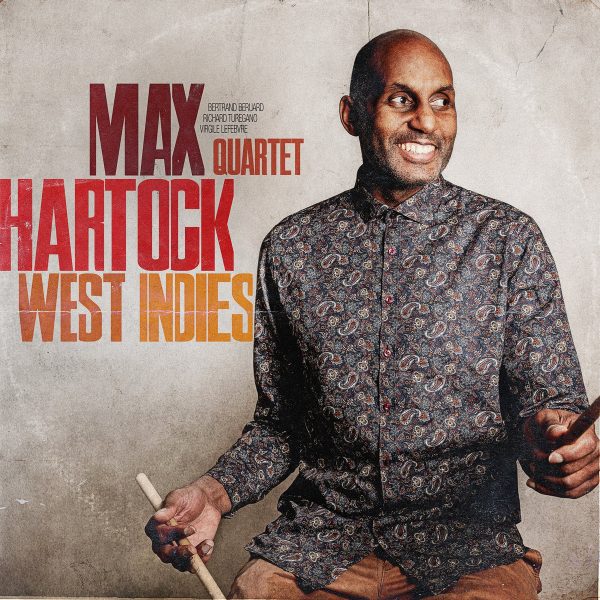 One of the albums that was released in the first quarter of 2020 that got into a orbit shortly was a drum album. French jazz drummer and composer Max Hartock released his first album as a band leader titled “West Indies” through Socadisc label. You can feel the indispensable and inevitable improvisatory nature of jazz right off the bat in the first track “A tout va” and throughout the album. “West Indies”, while the drums’ dominance can be especially felt in “Espoir”, “A tout va” and “Anais”, is enriched by pianist Richard Turegano’s strong harmonic approach, Bertrand Beruard’s dense double bass playing, and tenor saxophonist Virgile Lefebyre’s colorful and lyrical perspective. “En mouvement” is another piece that got my attention. “West Indies” reminded me of the Netflix production “The Eddy” (possibly because I remembered that the scene is set in Paris), making me think that I should spare more time for European jazz. There is a great amount of music as well as albums and musicians whose transformation and evolution we cannot witness, but we only have so much “quality” time to live and listen to them. I believe it is important for the listeners to fill these special moments with examples such as “West Indies”.