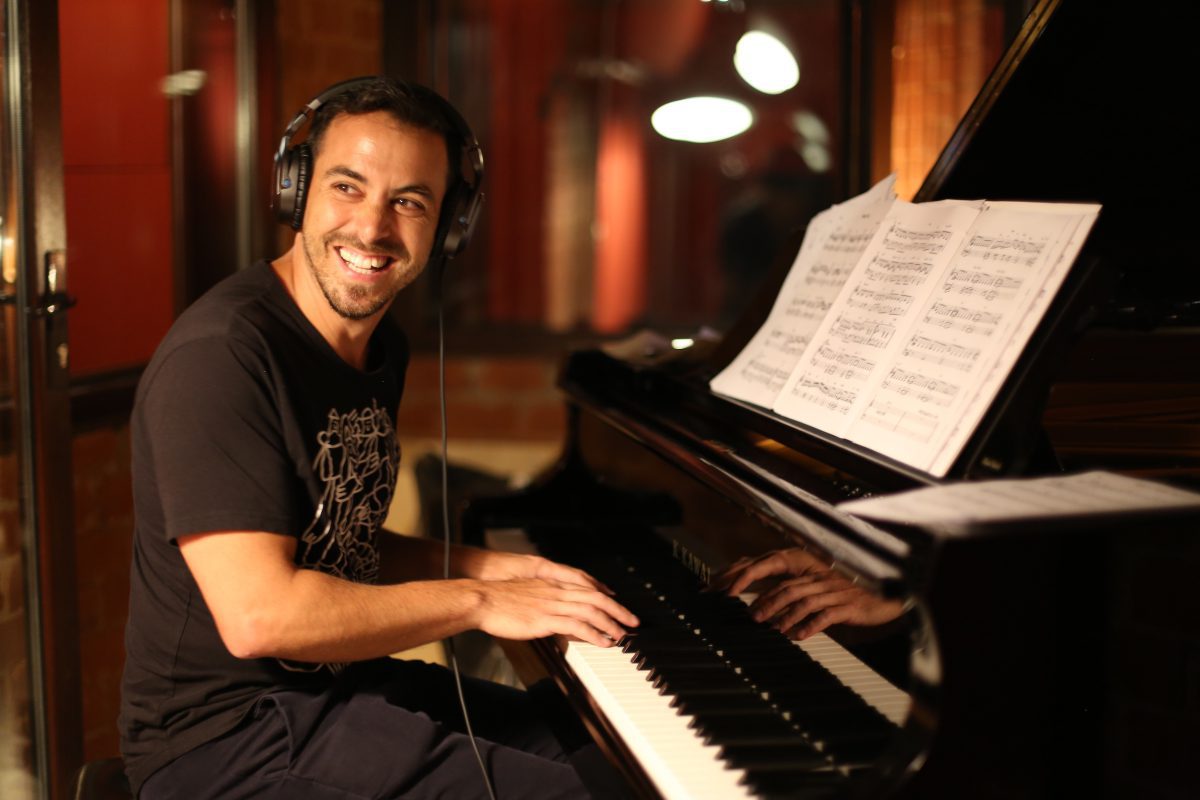 Multi-instrumentalist and composer Coşku Turhan was born in Ankara in 1980. Bilkent BUPS college shaped his life through artistic activities and the musician has been working to improve his talents on music and drawing since then. Turhan focused especially on the piano and has tried playing the guitar, drums and wind instruments with every opportunity he got in order to gain a composer’s perspective.

He had a gig during Ankara Jazz Festival’s Young Jazz concert series with his band F-inity in 2000, 2001 and 2002. He and his band provided young generations in Eskişehir with their performance during Amateur Jazz Musicians Festival in 2003.

Coşku Turhan graduated from Bilkent University with a degree in graphic design and moved to Los Angeles to work on his graduate degree on animation at University of Southern California. Turhan started to work at Sony Pictures Imageworks in the graphic effects department upon graduating but he has never severed his tied with music, even though his professional life took shape in this way.

The musician is currently enjoying one of his dreams coming true. He decided to collect his compositions, results of many years’ toil, in an album and organized to bring together like-minded musicians at Hayyam Studios. The result of these 5 days was a great album.

The compositions and arrangements in the album belong to Turhan. Turhan’s piano playing is accompanied by Ozan Musluoğlu on the double bass, Ferit Odman on the drums and Doruk Gönentür on the trumpet.

Our interview with Coşku Turhan takes place between continents. Because he currently lives in Los Angeles. I would like to introduce Coşku Turhan to you before we start talking about his album. 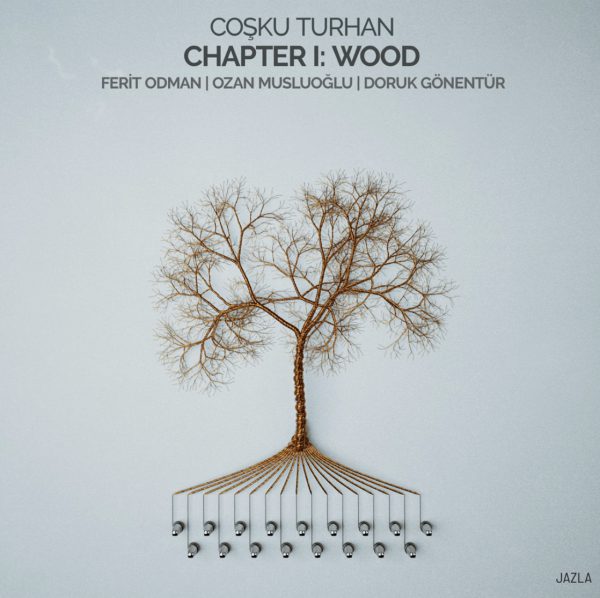 How did your interest in music and especially jazz start?

The music adventure started with piano lessons when I was 8 years old. I think I wrote my first composition when I was 9 years old with a Casio keyboard. My high school music teachers Alan Ginter and Janusz Szprot play important roles in my interest in jazz. I fell in love with this genre when I started playing the trumpet in the high school’s jazz band.

What path did you follow in order to improve yourself with jazz? Did you attend any music schools or take private lessons?

As I said, I was close to Janusz and Alan during high school. I took piano lessons from Janusz and theory and trumpet lessons from Alan. I continued to take jazz music classes at Bilkent when I was in college. I also studied with Tuna Ötenel and Aydın Esen for a short time.

We used to have jazz listening evenings with you back in the day; we would make each other listen to musicians we recently discovered. Then we participated in many festivals (Istanbul Jazz Festival, Ankara Jazz Festival, Montreıux Jazz Festival) as listeners. Which jazz musicians influenced and motivated you, when you take a glance into the past, maybe became your muses?

Chick Corea, Aydın Esen, John Taylor, Pat Metheny and Herbie Hancock were the most influential, probably. I am also influenced by Mozart, Chopin, Beethoven, John Williams and Danny Elfman when classical and film musics are concerned. The CDs you shared with me played a pivotal role! We became who we are through our conversations on art; thank you so much for that.

You performed at various festivals and evening venues during your youth. Can you share your experiences there? What did you gain from these?

The stage and sharing music live have their own magic and I really miss that. I played many genres on the stage from Turkish pop to blues and they all contributed to me. The performance and adaptation talents get weaker since I haven’t performed live for a long time. Therefore, I prefer to play my own compositions since I am familiar with them. My dream and wish is to play for a sincere audience during festivals and warm atmospheres. 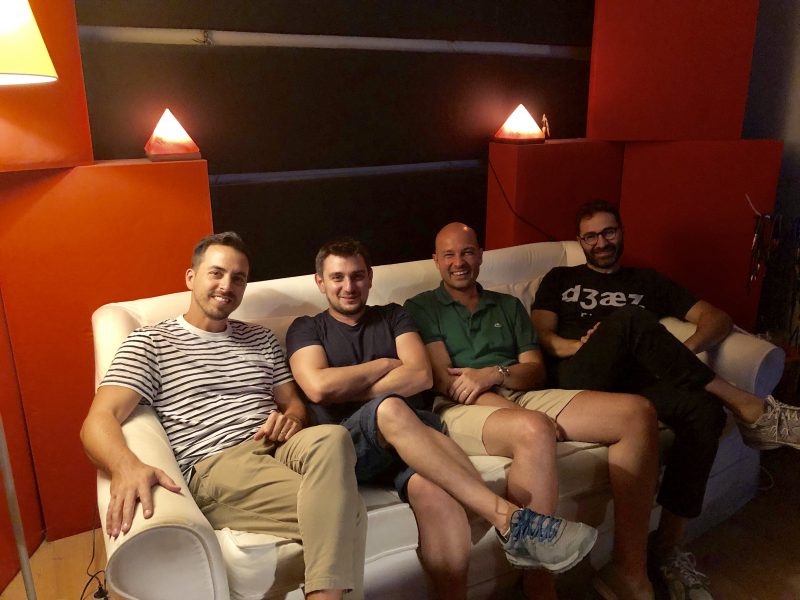 It isn’t easy to release a jazz album with your own compositions; especially if you are occupied with a different job professionally. How did you decide to release an album?

I think the birth of my son has a lot to do with the release of this album. It is a mixture of leaving him a solid work and the compositions I have been collecting for years. The happiness creating something and playing an intrument give me and my friends’ push also play an important role.

The title of the album is “Chapter 1: Wood”. This feels like the beginning of a series. The titles of the pieces and the album design also gave me the feeling that trees are your sources of influence. What would you say about this?

Yes, in addition to being a core material of the instruments we play, trees have always influenced me since childhood. I cannot go into detail here but Mountain Ash was composed during the fires in Los Angeles. Magic Cherry reminds me of the sour cherry trees in my brother-in-law’s farm. Dede’s Pine was dedicated to those short pine trees my grandfather never magaed to grow. When you think of it, trees are like family members. Chapter 1 is the beginning, as you said. Chapter 2 will most likely be named Silicon because I plan to focus on electronic pieces. There will be Turkish hip-hop and some experimental synthesizer pieces if everything goes according to plan. The name of Chapter 3 will be Tradition and its content will be a surprise.

The album feels like a whole; the pieces are harmonious and flow together. I know that you have been working on the compositions for a long time and that you want to share your music with the world. Did you have a hard time deciding on the pieces?

YES! I am not saying this to show off but there were about 90 Logic files waiting to become pieces on my computer. I re-arranged the album 4 times with different compositions. I wanted this to be an album that even my grandmother would enjoy, so I finally decided on calm and story-telling pieces to make up the album.

Do you have interesting memories about these pieces? They could be about the composition process or something about the people you shared them with…

Most of the origin stories of my compositions are recorded on my phone. The background sounds mostly consist either of my son’s playing sounds or my wife’s vacuuming. I wrote them mostly on the piano in the living room while my head was preoccupied with something else I think. Kenan Doğulu is one of my friends who has supported this album from the start. Kenan plays an important role in me working with Ferit and Ozan. 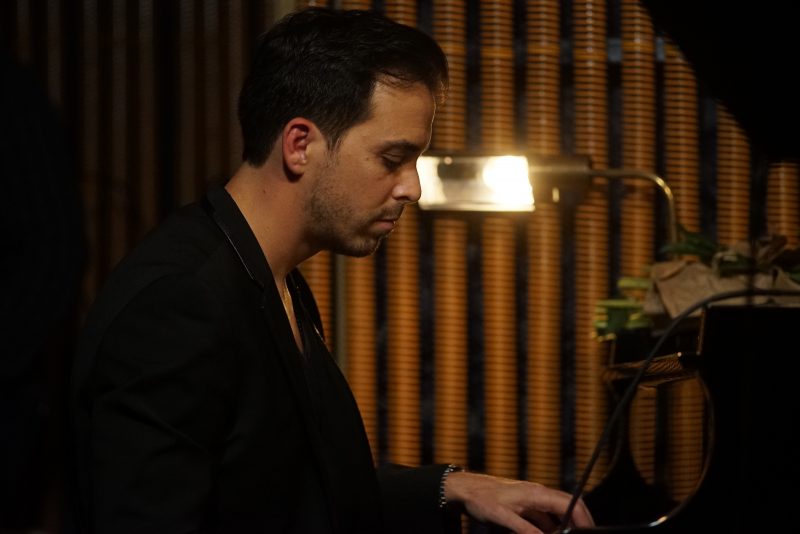 Do you plan to give concerts in Turkey in the future? Do you have any plans?

It would be amazing to play at IKSV’s Istanbul Jazz Festival next summer. It would also be great to go to Sweden again with you but play at Montreux Jazz Festival this time. I would like to play with the band I recorded the album with, no matter where it might be next summer. They are all amazing musicians and they are also my friends. It will make me really happy to play with them for this reason.

The music industry is at a very different stage now. There aren’t many physical CDs or LPs released. Digital music platforms are prefered today and what do you think about the sector as a jazz musician?

Nobody prefers to buy hard copies these days and one cannot earn money from digital music, so earning money is only possible through live performances or through various music platforms, especially when jazz is concerned. This is actually positive in a sense because it encourages live music but it is problematic in a way too because it makes harder for musicians to make a comfortable living.

On which digital platforms can we have access to this album?

It is available on all the well-known platforms.

Finally, I am curious about something. How can we support our jazz musicians who work so hard to create high-quality and unique works despite all the hardships?

People like you, who spend effort on jazz, are very important for us musicians. The most important thing we could do is to help spread awareness about good works and let them be heard. Going to the concerts, sharing them on the social media, introducing these albums to your friends; these would be the easiest and most effective ways. You can arrange concerts at your house if you have the opportunity and there are examples to such projects like SoFar.