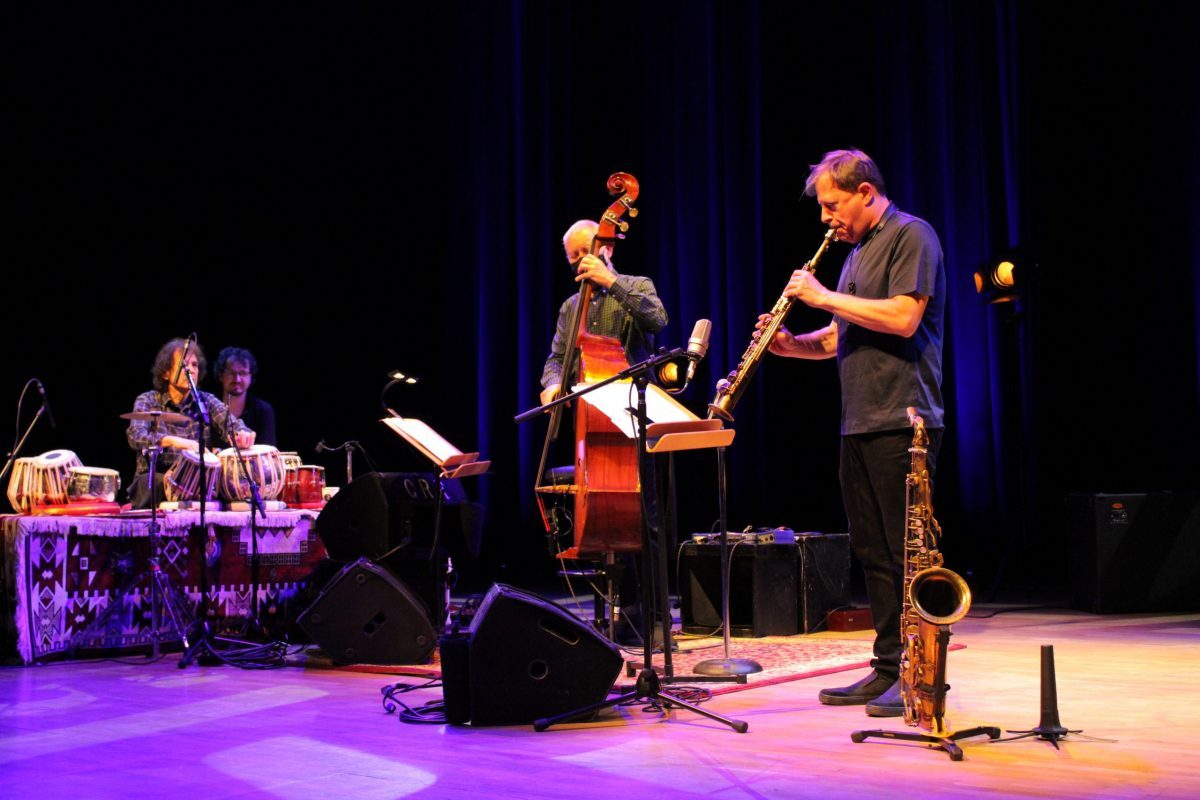 The double bass was like the mediator of these instruments, and thanks to him, we felt the heartbeat of the music deeply during our journey.

Various features of the band members performing at the concert:

When we consider the countries where the musicians were born, they were in a world-spanning situation.

In addition to having different roots, traditions and cultures, it was observed that they managed to both live together and produce music together for a long time, with the questions they asked each other and the answers they received in a never-ending curiosity, leaving their egos aside. 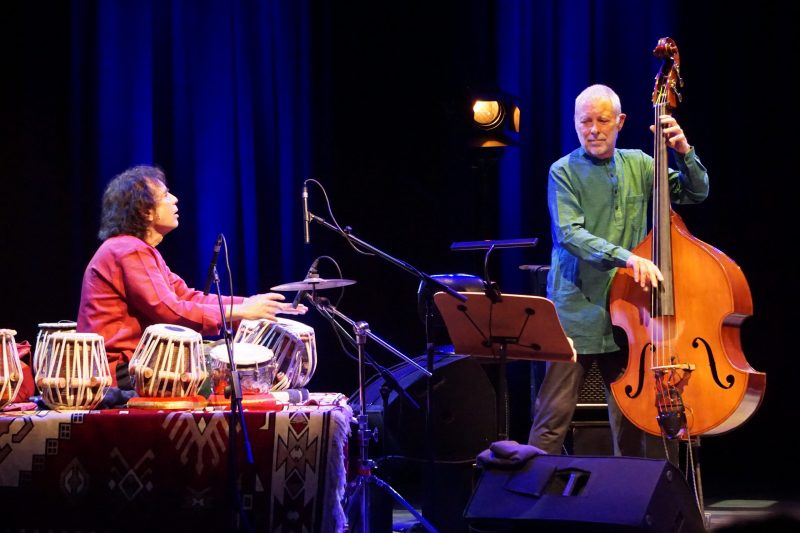 Looking at Chris Potter, he performed 5 times with Dave Holland and once with Victor Wooten; His concert with Herbie Hancock at Cemil Topuzlu Open Air Stage in 2008 is still in the memory of the audience.

As for the songs played at this concert, all but the new “Triple Cross” were tracks from the 2019 “Good Hope” album.

The first piece of the concert, Ziandi, came from “Zakir and Dave”. The combination of Indian traditional music and Western music started to grab our attention from the very first track. Zakir Hussain’s piece “Suvarna” expresses the respect for Gurus. When it comes to “Island Feeling”, Potter said that he was inspired by the blue sea and sand of the Caribbean islands when composing the piece, but he said it could be adapted to other places; For example, to the Mediterranean!

In Good Hope, which means good wishes they played as the last piece of the concert, the audience started to accompany the rhythm of the tabla with their hands… Meanwhile, one of the audience got excited and started using the head of his short-haired wife as percussion, but he probably got carried away a bit too much, his wife said, “Ahhh, it hurts. !” said…

The melody of Mazad, which they chose as a bis piece, immediately reminded us of where we had heard it before. You may have heard this piece by Dave Holland from Anouar Brahem’s 1998 album Thimar, which combines Arabic classical/folk music with the improvisational elements of jazz in a unique style. I recommend you to listen to these two different versions of John Surman and Chris Potter with the soprano saxophone again. It will give different flavors as it is accompanied by oud in one and tabla in the other…

Among those who attended the concert were many jazz musicians such as Okay Temiz, Tuluğ Tırpan, Anıl Şallıel, Baran Say and Toprak Barut. 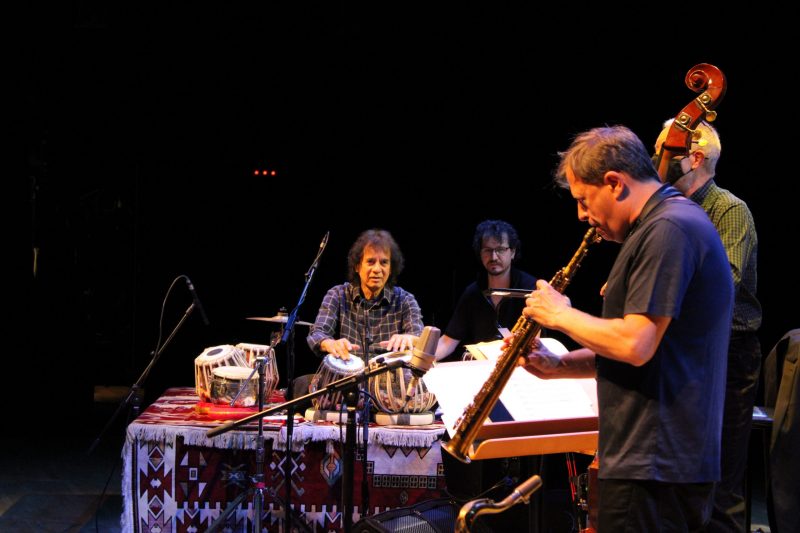 By the way, I would like to mention Gürkan Özkan, who gave all kinds of support to the master Zakir Hussain before and after the concert and who comes to mind first when it comes to the tabla artist of Turkey. Before the concert, Gürkan Özkan tuned Hussain’s tabla. According to Zakir Hussain’s statement, Gürkan is a tabla performer who has started to shine, can blend Turkish, Indian and jazz music, and can make bridge-like syntheses. Let’s listen to Gürkan Özkan then!