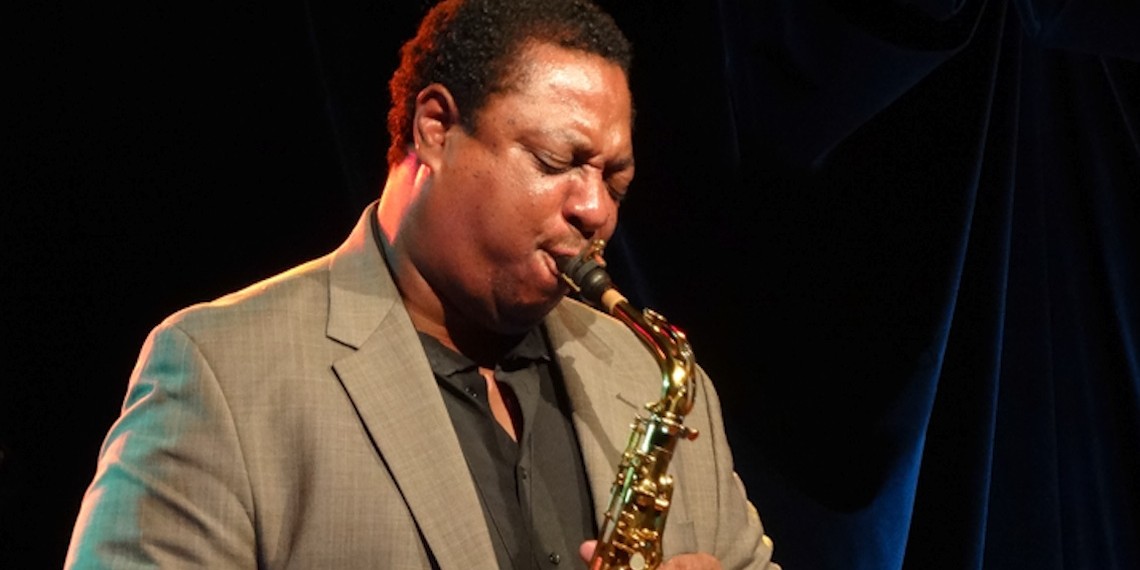 Jazz was officially released in recorded format for the first time 101 years ago on the 24th of February 1917 with Original Dixieland Jass Band’s “Livery Stable Blues” and “One Step” songs. New Orleans became the cradle of jazz in the 1920s with the leadership of musicians such as Jelly Roll Morton and King Oliver and gave birth to famous artists like Louis Armstrong, Bix Beiderbecke and Sidney Bechet. Chicago and Harlem neighborhood in New York simultaneously became the new centres of jazz in the 1930s. The Swing Era started in 1935 and various orchestras all around USA began to play jazz music after that. This marks the rise of prominent orchestras lead by musicians like Count Basie, Woody Herman, and Stan Kenton, influencing Europe to join in on the fashionable swing music in the footsteps of American recordings.

Alto saxophonist Vincent Herring and James Carter, Eric Alexander, Jeremy Pelt, Nicolas Bearde, David Kikoski, Kenny Davis and Joris Dudli under Herring’s leadership will tell us this story of jazz with their music and visuals of the period.

Istanbul Metropolitan Municipality revives a concert tradition and presents “Sunday Concerts in Istanbul”. The concerts will take place during the morning hours and Jülide Özçelik will be featured this month.

Jülide Özçelik
Born in Istanbul, the musician worked with Nükhet Ruacan and many other prominent musicians while studying at Istanbul Bilgi University’s Music Department and graduated with a degree in Vocal Performance. She released “Jazz İstanbul Volume-1” and “Jazz İstanbul Volume-2” in 2008 and 2011 respectively.

Recipient of the prestigious “Victoire de la Musique” award in 2017, Electro Deluxe combines funk and jazz with their rich electronic music background. They will be performing their repertoire which spans from fusion to hip hop and nu jazz at CRR on the 7th of May.

Electro Deluxe has worked with Ben L’Oncle Soul and Hocus Pocus and recently gained themselves a big audience in Turkey as well. They started their journey with electro jazz, but do not limit themselves with any single genre and continue to push the boundaries of music.

Diego El Cigala started his solo career in 1997 with his album “Undebel”. He was accompanied by famous guitarists like Antón Jiménez, David Amaya, Paquete and Tomatito in this album’s recordings. He released his second album “Entre vareta y canasta” in 2000 and he worked with jazz musicians who performed in Trueba’s movie “Calle 54” in his project called “Corren tiempos de alegría” a year later. Among these musicians, Bebo Valdés and Jerry González play an important role in Cigala’s career. This album was nominated for the best flamenco album award in Latin Grammy Awards. Diego El Cigala toured Mexico and Spain for his “Piratas del flamenco” album that he recorded with Jerry González, also taking the first steps in a long lasting collaboration with Bebo Valdés following the first album they recorded together.

Diego El Cigala released his album “Picasso in my eyes”, dedicated to the painter, in 2005. Paco de Lucia, Tomatito, Raimundo Amador, Josemi Carmona and Jerry Gonzalez also contributed to this album. He relesed a 5 CD anthology of his works in 2006 and shared the stage with the “golden voice of Africa” Salif Keita in Sevilla. This performance proves that Diego can easily adapt to other traditional forms of music. He received the best flamenco album and best music video awards at Latin Grammy Award the same year.