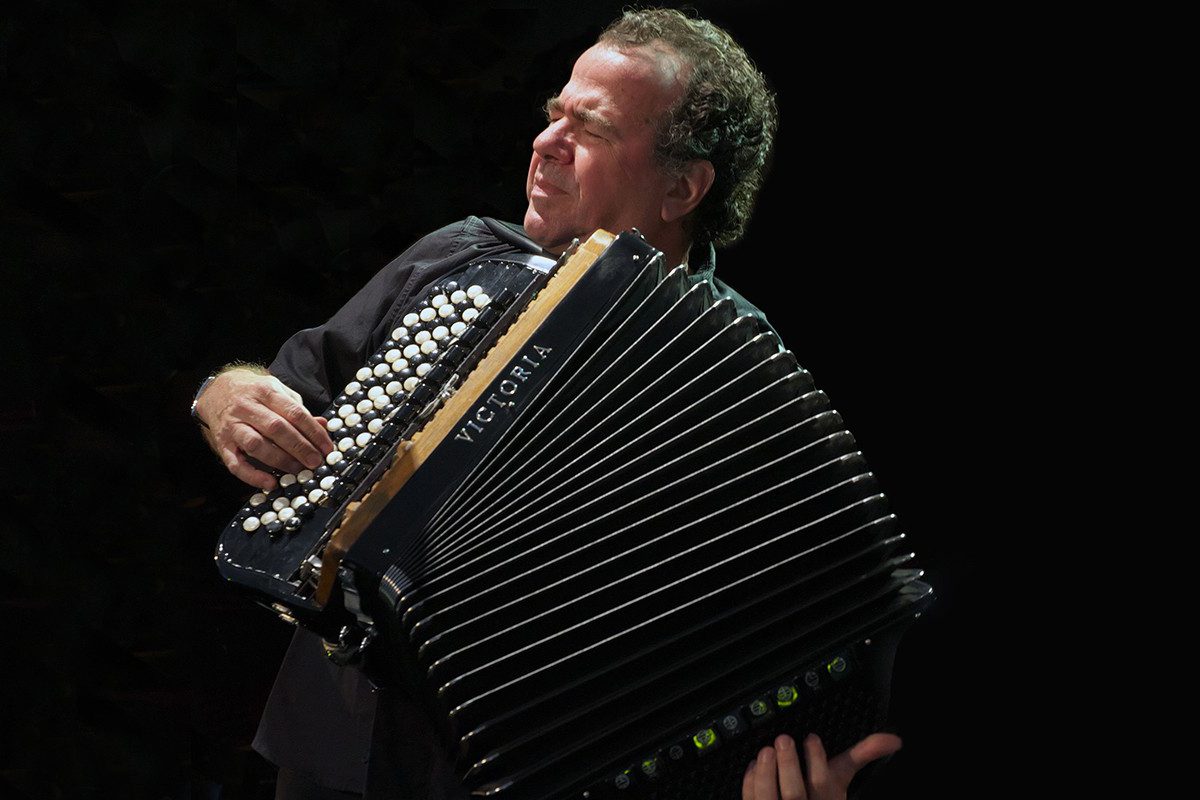 The 17th traditional “Rhythm Day” will take place on the 11th of February once again this year and emphasize on the important topic of climate.

Avishai Cohen brings his music to the world. Internationally acclaimed virtuoso bassist, composer and singer Avishai Cohen will celebrate his 50th birthday with his new project “50 50 50” in 50 different countries with 50 concerts.

Italian jazz singer and song writer Chiara Pancaldi has worked with many musicians all around the world. She reminds musicians and her listeners how pieces can play out their roles when given the space to grow and develop in her album “Songs Don’t Grow Old Alone”. Her repertoire mainly consists of original pieces and is influenced by contemporary jazz and Brazilian music.

Vincent Peirani is a jazz musician in addition to being involved with classical music and pop. The listeners will enjoy how he transforms the accordion into ‘Rock N Roll’ glam. Peirani is also a composer and is known as a successful musician in Europe. His 2012 album ‘Thrill Box’ received awards in France during the musician’s youth.

Antonio Gades Ensemble brings life to the masterworks of the flamenco legend Gades with their show “Carmen”.

Dizzy Gillespie is a jazz trumpet player, vocalist and composer who has contributed greatly to the world music scene with his success on the jazz stage. Dizzy’s friends kept the band alive as a tribute after the musician’s passing in 1993. Dizzy Gillespie Afro-Cuban Band continues to show Dizzy’s love for world music. The band consists of John Lee, Freddie Hendrix, Sharel Cassity, Abelita Mateus, Tommy Campbell and Roger Squitero.

Monty Alexander describes his music as “bringing the heat up and starting up a storm”. Alexander’s repertoire consists of local Jamaican music and various jazz melodies as well as American songs, gospel music and blues, bebop, calypso and reggae. The musician was awarded with “Medal of Honor” by the Jamaican government in 2000 and he received an honorary degree from West Indies University in 2018.

Legendary jazz musician will perform at CRR after a long break. Philip Catherine was born in London in 1942 to an English mother and a Belgian father.He has worked with Lou Bennett, Dexter Gordon and Stéphane Grappelli in the 1960s. His first album Stream was produced by Sacha Distel and the musician became a member of the Jean-Luc Ponty Quartet after this. The album was recorded in 1970 in Paris and released by Warner Bros. Records the following year. He met many musicians in Boston such as John Scofield, Ran Blake, George Benson a year later.

Monica Molina will be performing her greatest love songs at CRR on the 28th of February. A nominee for the Latin Grammy Award, Molina took the torch from her father Antonio Molina and will perform her beloved repertoire during her concert.

The orchestra was founded in 2007 as “CRR Bigband” and has played an important role in the addition of more than 100 new pieces to the Turkish Jazz Music repertoire. These pieces are tonal and modal (maqam) in structure and are orchestral arrangements of folk songs attributed to anonymous artists. Majority of these pieces are examples to a new ponyphonic approach to our monophonic music. The string section was added to the Bigband in 2013 and its name was changed to “CRR Jazz Orchestra” with this growth. The orchestra added vocal music to its repertoire in addition to instrumental music and aims to bring together virtuosi instrumentalists with local and foreign soloists.

Reeves is the recepient of five Grammy Awards including three “The Best Jazz Vocal Performance” awards consecutively, resulting from her virtuosity and talent for improvization. She also received a Grammy in the vocal category. She received “Best Jazz Vocal” Grammy for her work in George Clooney’s “GoodNight” and ‘’GoodLuck’’, a movie nominated for the Academy Awards 6 times.