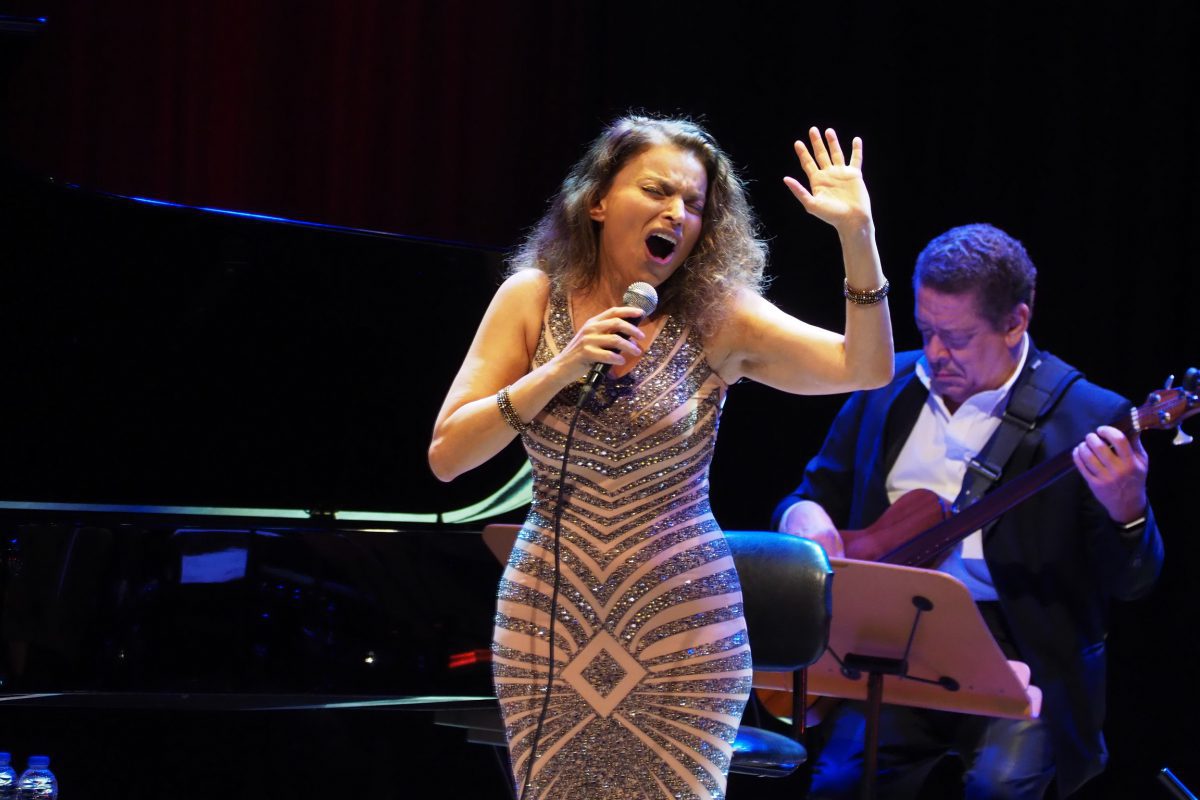 Cemal Reşit Rey Concert Hall hosted two concerts to welcome the new year on the 28th and 29th of December. Roberta Gambarini gave a two and a half hours long concert on the 28th of December, Saturday evening, accompanied by pianist Jeb Patton, bass guitarist John Lee and drummer Vince Ector. Gambarini dedicated the concert to her friend Roy Hargrove, who passed away last year, and mostly sang downbeat and melancholic pieces. These pieces included Rahsaan Roland Kirk’s Theme for the Eulipions, What Are You Doing the Rest of Your Life, The Thrill is Gone, Dave Brubeck’s In Your Own Sweet Way and Leon Russell’s This Masquerade, made famous by George Benson. Gambarini showcased her proficiency in other languages by including pieces from Antonio Carlos Jobim and Astor Piazzola. The more upbeat pieces performed during the concert were Bob Dorough’s Devil May Care and On the Sunny Side of the Street. The program seemed to drop in energy since it lasted too long, but I believe Gambarini received the positive reaction she deserved from the members of the audience with her loyalty to a traditionalist jazz approach. On the other hand, the other musicians played solos occasionally but these didn’t push the boundaries within the flow of the concert and were predictable. It could have been a better idea to leave a few songs for the trio to play to spice up the concert flow. However, it seems like Gambarini will gain more popularity in Istanbul after the TRT Jazz Orchestra’s concert which featured her as a guest. 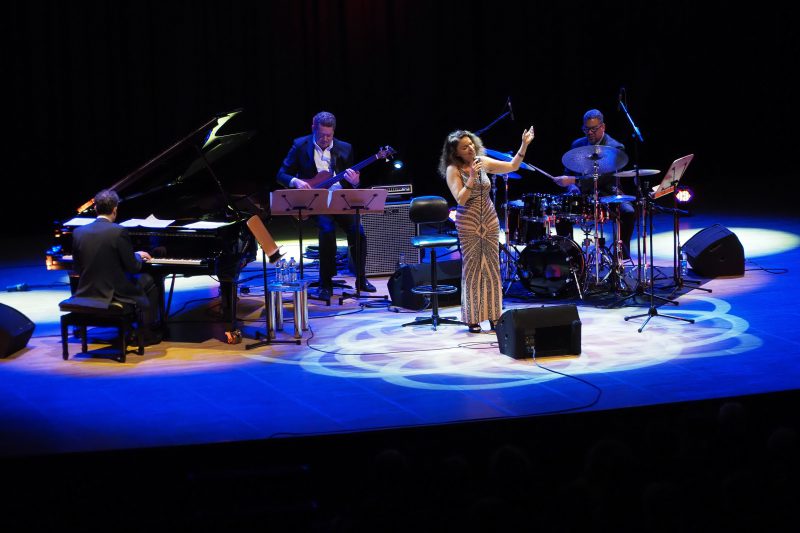 A selection from the pieces Roberta Gambarini sang

The new year concert series continued the next day with CRR Jazz Orchestra’s concert which featured İpek Dinç as a guest. CRR Jazz Orchestra was founded twelve years ago as a big band and changed its formation in the past six years with the inclusion of the strings. The orchestra, directed by Nail Yavuzoğlu, can accommodate various alternatives with its current formation. Winds and strings were included in this concert but the soloists were all wind instrument players. These soloists included Şenova Ülker, who could be considered the captain of the team, as well as saxophonist Duru Tuna. İpek Dinç proved that she belonged on the stage with her charming looks and body rhythm. Dinç sang Hello Dolly, As Time Goes By, One Note Samba, Dindi and I Love You. İpek Dinç’s energy, coupled with the audience’s seeming eagerness to celebrate the occasion, heated up the atmosphere and the concert drew to an end with a positive note and positive vibes. The only fault of the audience was their inability to keep up with the 2-4 rhythm with their clapping, sticking to 1-3. Let’s write that off as the new year’s excitement… 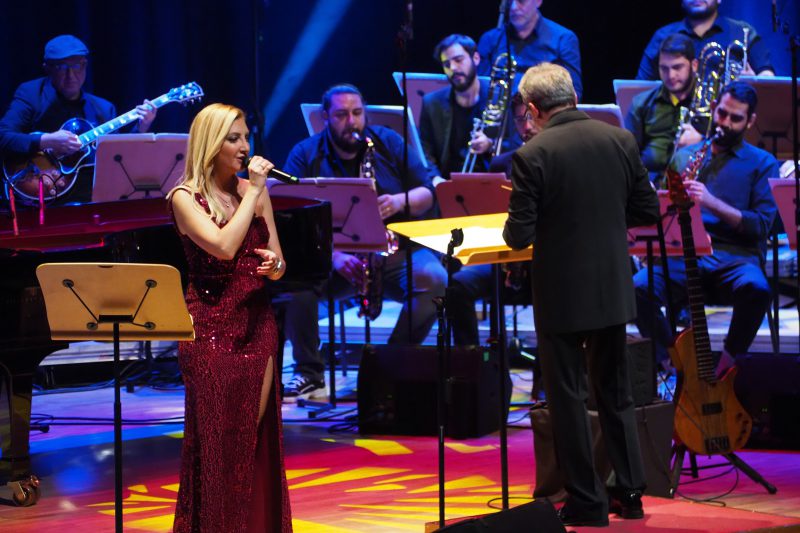 Ultimately, these two concerts completed one another; one being a goodbye and the other a welcome. I believe that it would be a good idea if CRR Jazz Orchestra brought these new year concerts to other parts of the city or even neighbouring cities. It is am important mission to make such building blocks of jazz repertoire to different parts of the country. It wouldn’t be wrong to expect the venue, whose director recently became Cem Mansur, could take such steps. Happy new year to everyone!

A selection of songs from İpek Dinç