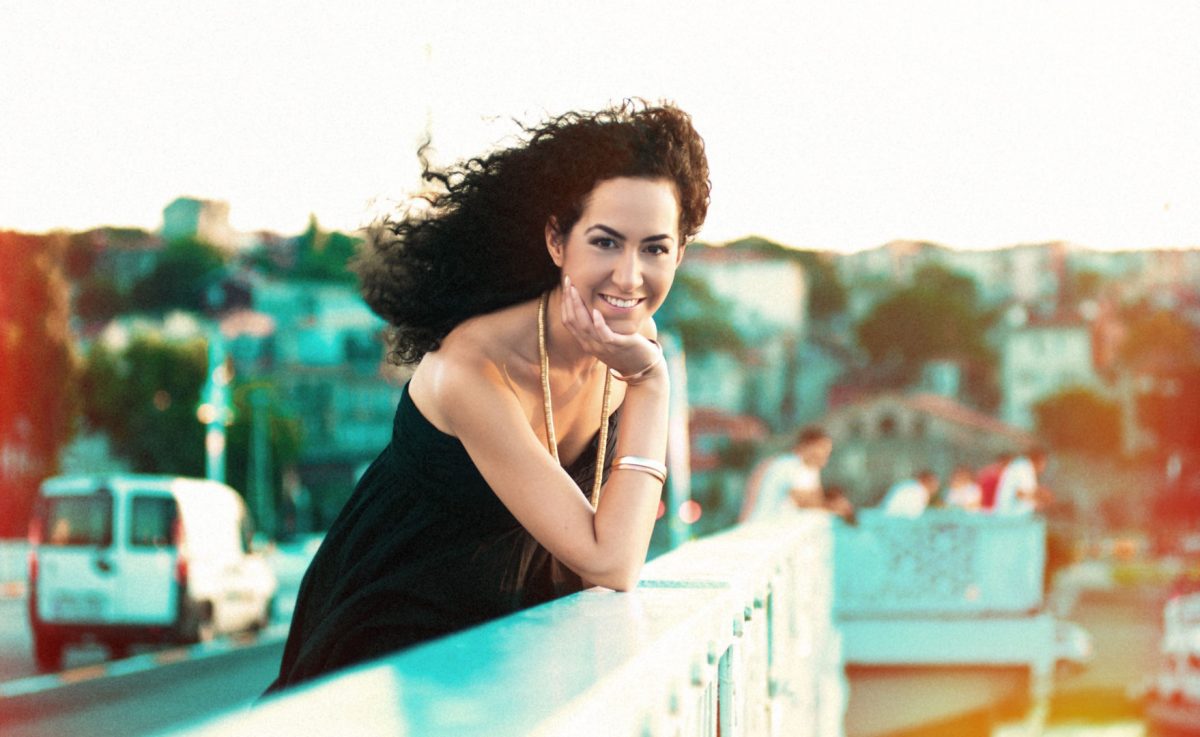 Just like the music that we’d come across in a music store shelf or in a random street cafe; now, in this virtual age, the algorithms of video sites can introduce artists that we’ve never met before. Defne Şahin, based in Berlin with Anatolian roots, is such an artist that we came across thanks to YouTube.

Before moving on to the short interview I had with her, we shall get to know Defne Şahin briefly, who has gained a respectable reputation in Europe stages with her composing talent and vocal style.

Born and raised in Berlin, Şahin has lived in Turkey, Spain, Brazil and finally in New York throughout her life. Having been in different multicultural environments has shaped her musical character. As she writes in her biography ; jazz, bossa nova, pop and Mediterranean folk melodies became the natural elements of her music.

Having given concerts in many jazz clubs and festivals across Europe, Brazil, the United States and South Africa, Şahin took stage with worldwide known musicians like Shai Maestro, Jay Clayton, Elias Stemeseder and Joe Sanders. 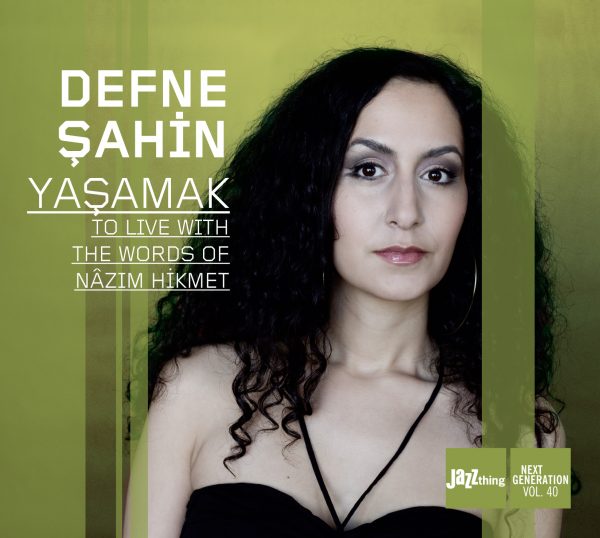 Şahin’s debut album “Yaşamak – to live with the words of Nâzım Hikmet” was praised in Germany, as being “The beginning of a successful career” in the well-known jazz magazine Jazz Thing’s Next Generation edition.

The piece which gave its name to the album, “Yaşamak” (to live) contains a stanza taken from our esteemed poet Nazım Hikmet’s poem “Invitation”:

this longing is ours.

Gather the Sun for Me / Ülkü Tamer

From summer, winter, spring / Prisoners of four walls / From lovesickness / Gather the sun for me

From the eye of the heavenly garden / From the bird’s track in the air / From the sky at night / Gather the sun for me. 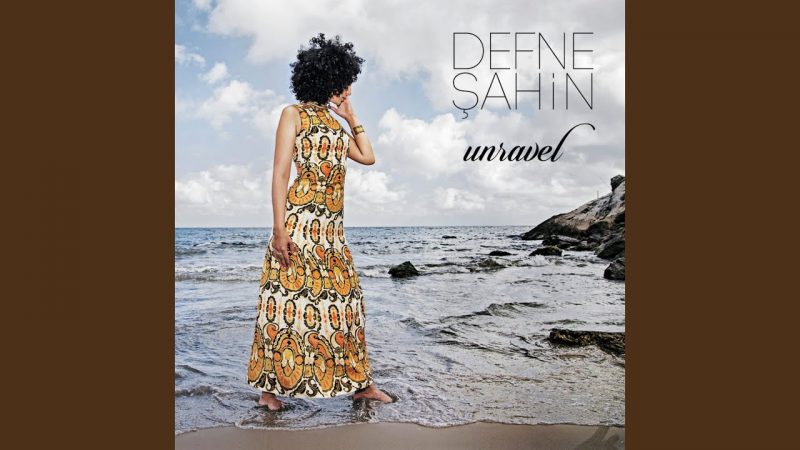 Argentine pianist and composer Guillermo Klein undertook the production of his second album that was recorded in New York “Unravel”. Fabian Almazan, Petros Klampanis and Henry Cole accompanied Şahin on this album with their instruments.

In this album, where we see Defne Şahin’s songwriting in addition to her composition, works of world-famous poets such as William Shakespeare and Emily Dickinson, as well as Argentine poet, novelist and writer Jorge Consiglio are also included.

Shall I compare thee to a summer’s day?

Rough winds do shake the darling buds of May,

And summer’s lease hath all too short a date;

Sometimes the eye of heaven shines,

And often is his gold complexion dimm’d;

And every fair from fair sometime declines,

But thy eternal summer shall not fade,

Nor lose possession of that fair thou ow’st;

Nor shall death brag thou wander’st in his shade,

When in eternal lines to time thou grow’st:

So long as men can breathe or eyes can see,

So long lives this, and this gives life to thee.

The first question I raised to Defne Şahin was how her love for poetry evolved.

“I started to love poems through lyrics. Because since my childhood, while listening to Sezen Aksu and Zülfü Livaneli, I also attached importance to words. I was dreaming about them, I was visualizing them in my head. I found not only the music but also the lyrics very important. When I first started composing songs myself, I did not find the courage to write my own lyrics. That’s why I wanted to use and compose poetry… First, I thought of Nazım Hikmet’s poem “Let’s Give the World to the Children”. This is the first time I heard this poem as a song. So I started to read Nazım Hikmet’s poems. I like them very much, they inspired me. And so we released an entire album… Now I started to write my own lyrics, I don’t use much poetry, I compose it myself, but I can definitely use other poems in the future. Composing poetry is a very good work for me because using other people’s ideas takes me in different directions, adds different colors to my music, my musical language…

Defne Şahin has a very tender and soft vocal and scat technique. With this style, she composes very harmonious compositions that suit the lyrical structure of the poems well.

“I don’t think much about my vocal technique when composing poems. Normally, the words of poetry are in my mind, I run them around in my head. Sometimes a melody, chord or rhythm comes to my mind and I compose on the piano. When I’m on the road, when I think of the lyrics, sometimes a melody comes up and I save it on my phone and develop it at the piano.”

The young artist shared the same stage with the famous theater actor Genco Erkal at the Istanbul Nardis Jazz Club.

“I remember that concert very well. It was the year 2012. I was on tour in Turkey. There were promotional concerts for my album “Yaşamak”. We were coming to Turkey with my group consisting of New York and Berlin. There was a big surprise that evening at Nardis because we did not know that Genco Erkal would come, no one had told us. While singing on stage, I saw her and Meral Çetinkaya among the audience and of course I was very happy. Frankly, I got a little excited. Then I went to them during the concert and we met for the first time. It was a very pivotal feeling for me that they came to listen to me. An environment like Fazıl Say’s “Nâzım Oratorio” could have taken place. I also asked Genco Erkal to see if he wants to perform with us. He said “yes” and we were very happy. It has been a very special occasion for me. I always remember that night. He recited the poem “Today is Sunday” and then we played the piece.”

Defne Şahin has established a special bond with Emily Dickinson, whose poem she has included in her second album…

“Emily Dickinson’s poems have a direct tone. She uses very clear, easy words similar to Nazım Hikmet’s poems. She lived a somewhat depressed, lonely, shy and confined life. But in this poem there is hope, there is power. I liked this poem very much… She wrote a poem called “Heart, we will forget him!”. There is a quiet and sincere atmosphere in this poem. I composed this poem when I was living in New York. I also had a small piano environment. Most of my pieces were created there. I was thinking of Emily Dickinson in her room writing this poem. My voice was composed like Emily’s “thoughts” in this piece, and the double bass was composed like her “heart”. There are only these two instruments in the piece anyway.”

Heart, we will forget him (Emily Dickinson)

When you have done, pray tell me
That I my thoughts may dim;
Haste! lest while you’re lagging.
I may remember him!

The famous jazz producer of the European stages, Julia Hülsmann, said, “Defne Şahin tells extraordinarily beautiful stories in her songs. These are the poems composed by Nâzım Hikmet. This beautiful language and Defne’s clear voice are fascinating. The intertwined harmonic structure of the songs and the surprise grooves added to their melodies transform each song into a different world that draws me in even though I don’t understand the language…”

Let’s see which poems she will fill her heart with during her journey and the beautiful compositions that will emerge as a result.