Musician, teacher, businessman, journalist… Durul Gence was all of these. He called himself a drummer. We all know him as such but he was a legend in all of the fields mentioned. I wondered about the first time I heard his music as we bid him farewell on his eternal journey.

A two-story house was renovated as a club a block away from where I lived. It was 1983 or 84. Durul Gence played there with his orchestra. This orchestra featured Tuna Ötenel (as, ts), Ümit Eroğlu (p), Erkan Oban (b) and Bahadır Şener (g). I had recently begun learning how to play the drums, I first heard Şeyh Şamil there, almost love at first sight. Şeyh Şamil’s arrangement was written entirely by himself and released on the 1969 single ‘Hilal/Şeyh Şamil’ recorded by Durul Gence 10 for the first time. Of course, this isn’t his only signature piece. His family had roots in Azerbaijan and his last name most likely comes from the city of Gence in this country. Military and heroism are important elements in Caucasian societies. His father was a guard officer of Atatürk’s. He chose to attend the Heybeliada Marine High School in 1954 was due to his wish to follow his father’s footsteps and his love for the sea. Military high school was a great education on discipline, technique and engineering back then. Durul Gence becoming of a legendary figure is thanks to the vision he gained from this education as well as his talent for music. He started playing the drum in his high school years but his relationship with music goes back to elementary school. He participated in children’s choirs during his elementary and middle school years in Ankara and took piano lessons. You know, some families have elders who play instruments and the next generation learns from them; Gence family had such elders but they were extraordinary. His mother was the leader of the snare drum team in her school, she thought she passed on her love for music to her son.

I believe the most important reason of why Durul Gence became a legend was his leadership quality. He was one of the best drummers of Turkey as far as technique and musicality goes in that period. All of his orchestras sported the most contemporary repertoires, instruments and arrangements of the era. Taking his first one as our starting point; he called it better than Gene Krupa’s. The fact that he included percussion instruments, especially the tympan, to the orchestra and that he played double drums with Cezmi Başeğmez in Durul Gence 10 shows that he wasn’t only a drummer but also a multi-percussionist.

In the days where it was said that drummers were the best friends of musicians, Gence founded orchestras under his own name, prepared a repertoire and paid attention to every minute detail of his orchestra to make sure everything was high quality. He became the first representative of rock’n’roll in Turkey with Somer Soyata and Friends orchestra. He formed Sextet SSS, Arkadaşlar Quartet when he was studying at METU in Ankara and played with Sweaters and Üstün Poyrazoğlu Orchestras. 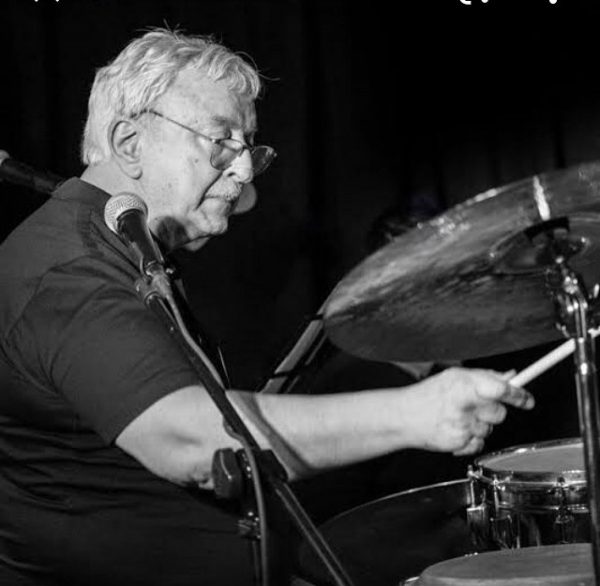 1965 marks the mergence of Durul Gence 5 which he founded with Erkut Taçkın in Munich. In time, Durul Gence 5 became an orchestra that consisted entirely of Turkish musicians. This orchestra consisted of Atilla Özdemiroğlu (flt, vib …), Ahit Oben (keyboard), Mehmet Şahinbaş (g), and Mehmet Horoz (b) and recorded as well as performed popular songs of the period. They became the architects of the rise of light music with Turkish lyrics.

Durul Gence 10, formed in 1969, put its stamp on the soul feeling of the era. As three trumpets, two saxophones, trombone, guitar, keyboard, bass, two drums and two vocals, they played cult songs of the period such as ‘Compare to What’ and ‘Let The Sun Shine In’ as well as folkloric syntheses like ‘Hilal’ and ‘Şeyh Şamil’. Their record titled İlk Konser became the first live concert recording of its kind in Turkish music history. Almost all of the arrangements in this album were written by Emin Fındıkoğlu. Gence was named the Artist of the Year in 1971.

The master musician expanded his vision to overseas in the 1970s. He explained the reason of his departure as “I wanted to travel far away with a few like-minded musician friends and discover our musical tendencies in a quiet and calm place to see what more we can do on top of what we have already done so far”. He played with Asia Minor Mission mainly in Northern Europe during this period. These performances became more and more avant-garde with the influence of foreign musicians. He recorded an album titled İstanbul Express 1 with Mehmet Ozan and Mads Vinding. In the meanwhile, he toured with Bertice Reading who sang with Count Basie and Lionel Hampton orchestras. He returned to Turkey following this. He mainly gave concerts in Ankara with his bands he formed after the 1980s. Durul Gence 4 was his last orchestra. They played together for 13 years between 2006-2019.

As far as I remember, the only person to play the drums and sing in Turkey is Durul Gence. His repertoire expands from popular Italian songs like ‘Guarda Che Luna’, soundtracks such as ‘Children Of Sanchez’, popular songs of the period ‘Johnny Be Good’, ‘Night In White Satin’, to folk songs like ‘Yüce Dağ Başında’. The recently found pieces ‘Black Cat’ and ‘Boo Song’ as well as the score of Güngör Dilmen’s theatre play “Ben Anadolu” all belong to him.

Let’s take a look at his work as an academician. We can easily say that he raised a whole generation of students with his classes on “People, Life and Jazz” at Hacettepe University in 1986 and METU Conservatoire follow that. His students have said how their teacher was not only knowledgeable about music history but also experienced about life; and how enthusiastically he shared these experiences with them, stating this education was priceless for them.

The esteemed musician continued to give education to both children and adults with the “Gence Kindergarten” and “Durul Gence Art Courses” he established. The book he was preparing on jazz history unfortunately has not been finished; I hope it will somehow get published in the future.

There was also a time when he stopped being a professional musician in favor of becoming a businessman. He mentioned that he wanted to stay away from the corrosive nature of the music industry during this period which he spent in Germany and Turkey. A little-known fact: He also worked as a journalist. He contributed to magazines “Melodi” and “Müzik Ekspres” as well as the music column of the newspaper titled “Öncü” and prepared interviews. “Piyer İvo”, “Vickie Henderson”, “Üç Dev Cazcımız” are some of his articles he published in Turkish. To sum it up; Durul Gence is a legend, a leader. He has touched upon the lives of many people involved with music for half a century. He will always be remembered with love and respect. He will never be forgotten in our hearts… 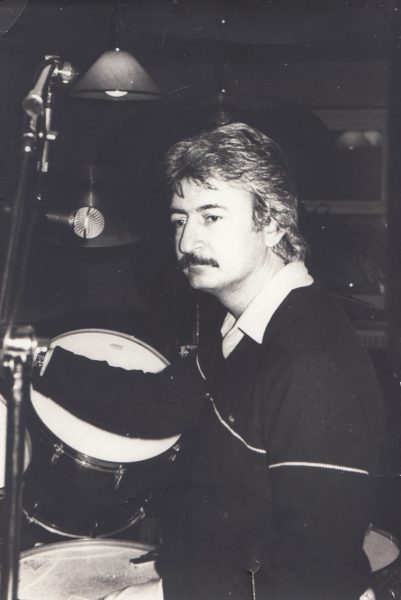 Here is his discography for the curious minds: