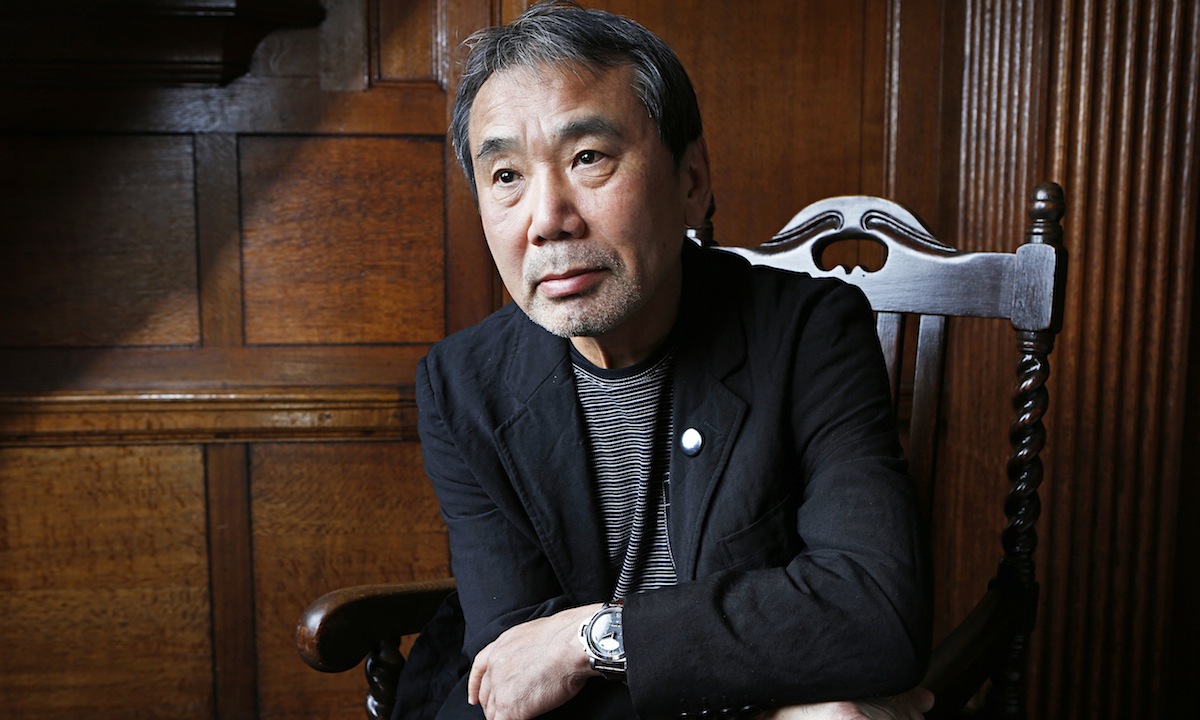 Born in Kobe in 1949, Haruki Murakami graduated with a degree in classical drama from Vaseda University. He published his first novel in 1979. Haruki Murakami is undoubtedly one of the most popular authors of our day. His novels have been translated into more than 40 languages and have received great interest in all these languages. Whether or not he will receive the Nobel Prize for Literature has been an on-going debate. Despite the fact that he has been viewed as a favorite nominee for the last couple of years and his name being on the top on betting sites, he hasn’t yet been given the Nobel Prize (I always thought Murakami was like Leonardo DiCaprio who couldn’t win the Oscars, but then DiCaprio got his award for his role in The Revenant. Wishing the same kind of success for Murakami). Maybe his readers’ close attention to his work is enough for Murakami for now.

When he is such a popular author, his actions end up having news value as well. One of the most recent debates about him was concerning the books he has read in his youth that were discovered through his old library records. These records in question indicated that Murakami, known for his interest in English and American literatures, was also drawn to French literature and has read the works of the award-winning French author Joseph Kessel. Murakami has borrowed three of Kessel’s books from the school library and the most famous among these three was Belle de Jour, which was also adapted to the silver screen with Catherine Deneuve in the lead (The novel told the story of young and beautiful Séverin, who looked for sensual pleasures despite her love for her famous surgeon husband. Both the novel and its movie adaptation, directed by Luis Buñuel, became hot topics of discussion back then). After this information was “leaked”, Japan Library Association declared that they see this as an invasion of privacy, but the editor of the newspaper Kobe Shimbun rejected this idea and claimed that Murakami’s literary works and his understanding of literature is now topic to academic works, and that he didn’t think they invaded the author’s privacy by publishing the list. As far as I know, the school apologized for the leaked information, but Murakami hasn’t commented on the topic so far. As can be seen in this example, we have lots of information about Murakami’s daily life in addition to knowing him as an author. 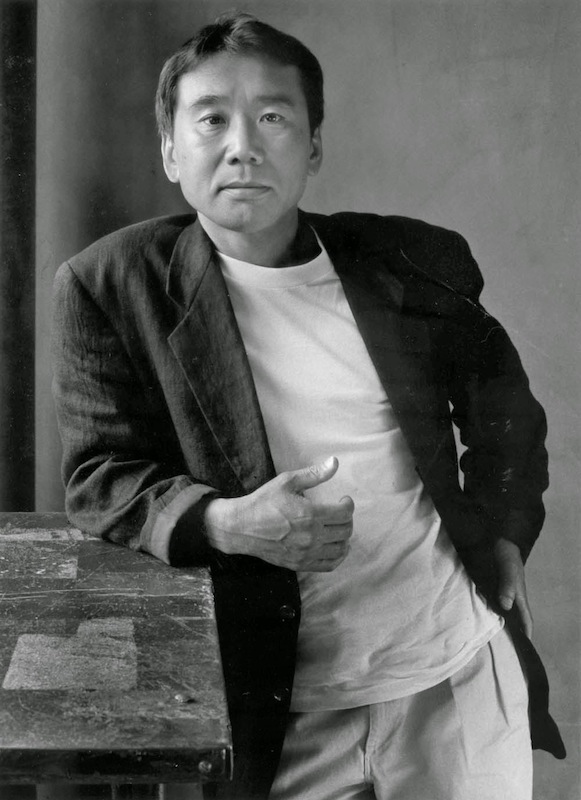 We also know he is a good runner, for example. He also has a book called What I Talk About When I Talk About Running in which he compiled his essays about the challenges of running. This work is described as “A unique work of literature from Haruki Murakami about running as a passion and the act of writing as disciplined through this passion”. Murakami wrote “Most of what I know about writing I’ve learned through running every day” about the connection between him running regularly and the regularity of his writing. However, I find this sentence the most interesting from the book: “Sometimes when I run, I listen to jazz, but usually it’s rock.”

Another thing we know about Murakami, possibly something that interests us more for this article’s purposes, is his love for music. Do not take him saying “sometimes” (after all, he might need a different rhythm while running), jazz occupies a very special place in Murakami’s life. We learn through an interview he has given to The New York Times that jazz enters his life at age 15. Art Blakey and the Jazz Messengers come to Kobe for a concert in 1964; Murakami has a ticket for this concert which he received as a birthday gift. His first real meeting with jazz!

More importantly, Murakami manages a jazz club with his wife in the 1970s. As a jazz lover, he has always been vocal about his desire to do something that involves this genre, and he makes this dream of his come true when he opened a jazz club called Peter Cat in Tokyo’s Shibuya district. Peter Cat worked as a cafe in the afternoon, and then transformed into a club in the evening, and young musicians performed in the venue especially during the weekends. When business goes well, they move the club to a more central location in Tokyo in 1977. Murakami says that the most important benefit of those years was that he was able to listen to jazz all day long without any interruptions. They go on like this for 7 years, until he starts working “professionally” as a full-time writer. This fact might have caused him to manage ownership of the club, but his relationship with jazz doesn’t weaken due to this situation. On the contrary, the relationship only changed its form (let’s remind the reader that Murakami wrote his first two novels in the club with in his spare time). 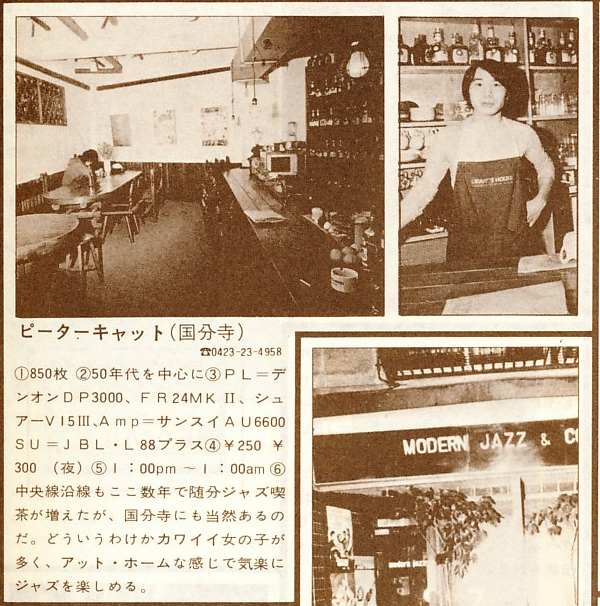 Someone who doesn’t know the facts mentioned above about Mukamaki’s biography would have no trouble understanding how strong of a relationship the author has with music if they are an avid reader of his. This fact is easy to understand even from the title of one of his novels: Norwegian Wood. This book has been translated into Turkish as İmkânsızın Şarkısı (‘Song of the Impossible’), but its original title comes from, as can easily be guessed, the Beatles (it is a piece from the band’s Rubber Soul album). The 37 years old protagonist of the novel hears “Norwegian Wood” during a trip, and this piece takes him back to his college years in Tokyo. Keeping this example, and others, in mind, we can say that Murakami is a fan of The Beatles, but let’s rewind and remember he is more fond of jazz (Murakami likes to listen to music while he is working. We don’t know how many CDs he owns, but it is clear that he owns an LP collection of roughly ten thousand pieces, which are mainly jazz albums. He shared photos showing his office room on his official website).

Miles Davis’s “A Gal in Calico”, John Coltrane’s “My Favorite Things”, Benny Goodman’s “Air Mail Special”, Count Basie’s “Do Nothin Til You Heart From Me”, Duke Ellington’s “Sophisticated Lady”, Charlie Parker’s “Barbados”, Stacey Kent’s “Bali Ha’i” and Thelonious Monk’s “Round Midnight”… These are only a few examples of the pieces we encounter in the pages of Murakami’s novels (the characters sometimes listen to them on their walkman, or maybe they play on the radio). This applies to all the novels he has penned to this day.

As interested Murakami is in jazz, jazz musicians return the same kind of interest in his work, only maybe not as intensely. Emil Viklicky Trio’s Kafka on the Shore album is a good example.

Yes, Murakami has a novel with the same title; Kafka on the Shore. So it is understandable that the Czech pianist Emil Viklicky has chosen this title for this album (as a neighbour to the Prague-born author Kafka!); but do not be fooled by this choice, Emil Viklicky doesn’t only refer to this one book, but salutes all of Murakami’s work with his Kafka on the Shore album. 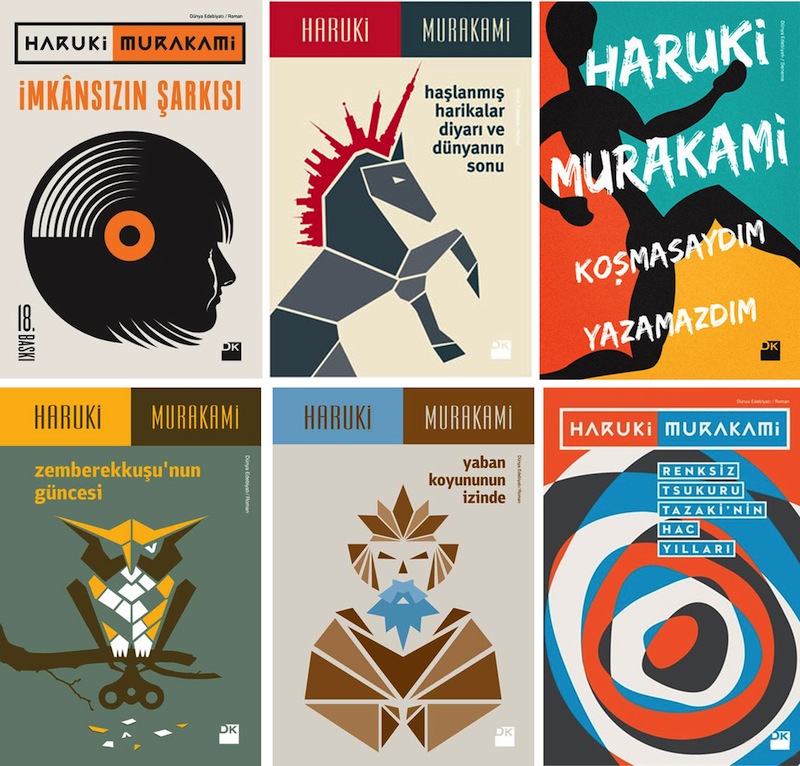 There are 13 recordings on this 2011 album which was released through the Venus label. 7 of these pieces are Emil Viklicky’s original compositions about Murakami and his works (“Afterdark”, “IQ84”, “Double Moon”, “The Boy Named Crow”, “Kafka on the Shore”, “Entering Stone”, “Miss Saeki Theme”) and the remaining 6 belong to a selection of the pieces mentioned in Murakami’s works (Herbie Hancock’s “Dolphine Dance”, Duke Ellington’s “Solitude”, Jimmy Rowles’s “Peacocks” etc).

Of course, one doesn’t need to be familiar with Murakami’s works in order to enjoy this album with Emil Viklicky on the piano, Josef Fetcho on the bass and Laco Tropp on the drums. However, I believe that reading his novels will give a different kind of pleasure.