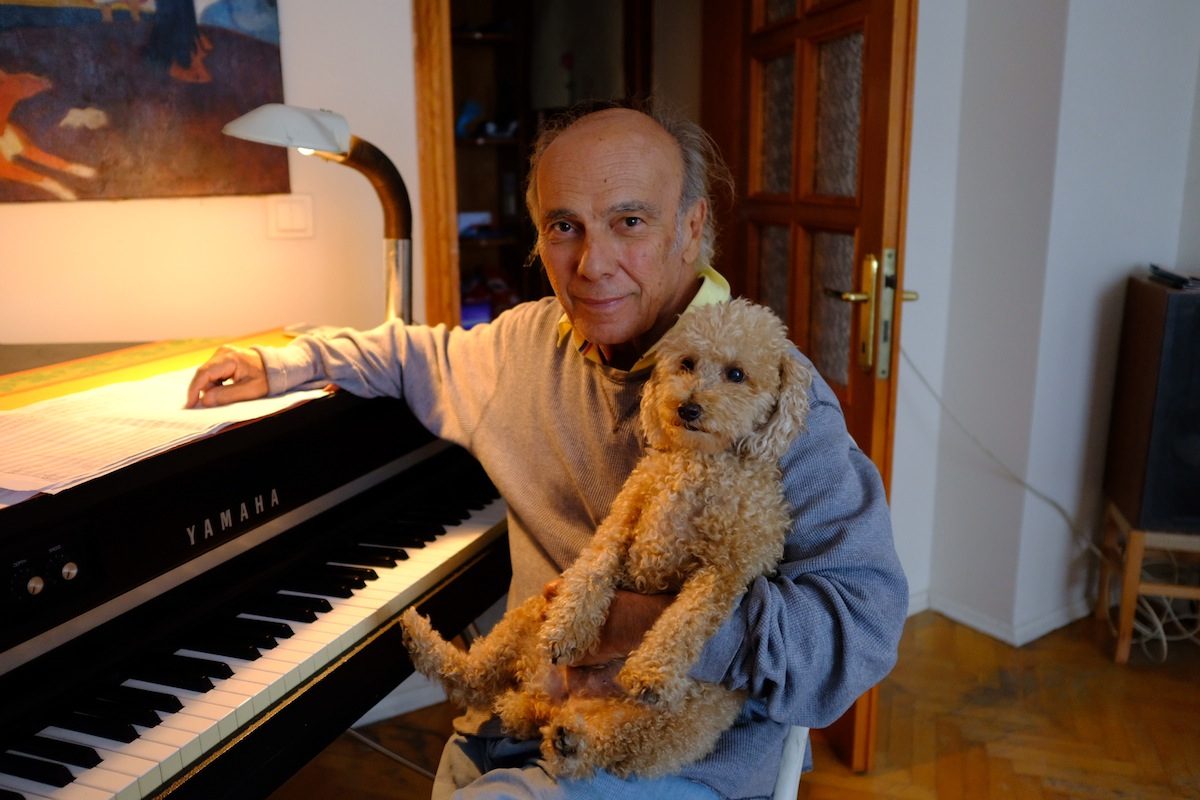 I met Emin Fındıkoğlu at his home on a beautiful autumn day. He was sitting in front of the piano next to Tuna Ötenel during the concert organized in the latter musician’s honor the last time I saw him.

He didn’t like being called a teacher in the past, but I noticed that the years that passed by had made him softer and that he joyfully accepted this title attributed to him.

Our conversation that day turned out to be what is called a jam session in the language of jazz. He opened the conversation by expressing his frustration at classical music halls for not accepting to host concerts of jazz musicians.

The venues in which classical musician play call themselves “the fortresses of classical music” and don’t allow jazz musicians to play. Albert Long Hall in Boğaziçi University was unavailable to us due to this reason. Süreyya Sinaması, in which we have spent our childhood, had a similar attitude. Classical musicians are able to sneak into venues where jazz is played, so they are stealing business from jazz musicians. However, the opposite doesn’t happen. Not to name names, but some classical pianists who have learnt their challenging craft at the conservatory play jazz as well. Yes, maybe you play well but that doesn’t mean that you play jazz. You play the piano. These pianists make jazz albums. The piano playing is good in these albums, but the same cannot be said for jazz. Because that music doesn’t have the attitude or the atmosphere of jazz, and these musicians are unaware of this. I am against these. When jazz pianists are concerned; there are about 10 great jazz pianists in Turkey. They play jazz to a varying degree of success. The others play well, but not jazz, they show off, give concerts and make albums. People listen to their work as jazz. I am very uncomfortable about venues being unaccessible to jazz musicians and classical musicians who play jazz, but there is nothing that can be done about it.

I, on the other hand, presented my first notes with two different themes; What is being a jazz musician in Turkey like? Do jazz schools teach jazz?

Teacher didn’t hesitate to answer: I think being a jazz musician in Turkey isn’t a bad thing. But I want to emphasize this: Jazz isn’t learnt in schools but on the stage. The schools give information, but you get your hands dirty in jazz on the stage, playing with others. The hands get dirty with the mud of jazz. You read the books about it in the school, school doesn’t play that important of a role when jazz is concerned. But I should mention this about schools; they are getting more prominent especially in the States, many started to attend these. They learnt a great deal of things there as well, especially about playing together. They learn the musical techniques here, but not necessarily the soul. The classes Arif Mardin gave every Tuesday in 1959, to which I also attended, was open to anyone and free of charge. I don’t give lessons for money, either. Some things are meant to be shared between the teacher and he student through love, not through money. It isn’t so in our day, education requires a lot of money.

Teacher Emin thinks that if he were to open a jazz school, he would teach his students the technique and the soul of this music simultaneously. According to him, due to the fact that music is now more accessible than ever through the means of technology, people listen to a lot of things but things remain superficial.

Our teacher also has important opinions about classical musicians who play jazz:

A musician who plays classical music cannot move on to jazz due time. Because jazz requires to be learnt through jazz. Music should be learnt in the form of jazz. You cannot learn jazz after learning about music. If this happens, music is played but the end result is not jazz. Shortly put, technique and soul should go hand-in-hand in education. 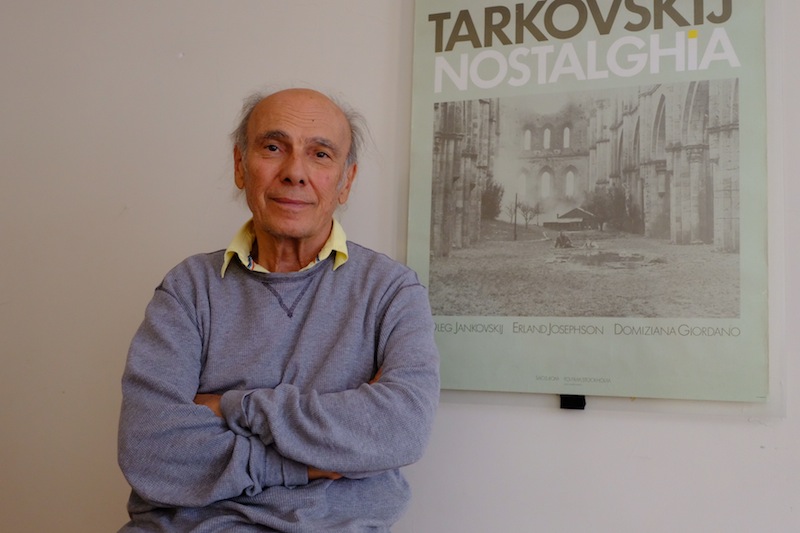 We started to discuss how to find the soul of jazz.

We are in 2017 and the first jazz record was released in 1917. Even if you don’t go that deep in history, one should listen to the musicians from the 1940s. I think musicians such as Louis Armstrong should be listened first to form a strong foundation. For example, the way he packages and presents a melody is beautiful. He plays the highs and the lows of the trumpet well. In short, it is necessary to start with the founders of jazz.

Teacher Emin shared his relationship with classical music with us.

I am attracted by modern music. I owe this to Arif Mardin, he used to introduce us to the pieces by some modern composers when we worked together. I was influenced a lot by that. Classical music already has the elements in jazz. Jazz musicians only added the blues and the blue notes to the music. Aside from those, classical music already has everything else. French call classical music “grand music”, meaning grandiose and empyreal. Jazz isn’t like that, but that bastard also is the apple of his mother’s eye.

According to Teacher Emin, jazz is going through an interesting and static period today, he says:

There once was a jazz era, that has been over. It feels like we are playing the extra time after the actual game. Those who play are bored by jazz and now are leaning towards other things that aren’t jazz. But in the meanwhile there are some amazing twenty-somethings playing jazz in the West. Jazz doesn’t die even if we declare it as such. I avoid the common music that is called jazz by some today. I also hope and wait for some things to emerge, too. These are people who haven’t severed their bond with the history of jazz.

Emin Fındıkoğlu is very busy these days, he takes part in many different projects with his new band. His eyes gleam while talking about his bandmates:

I am 77 years old now. I have been wanting to form a big band for years. I was 19 years old when I returned from the States in 1967 and I formed a big band right away but there was Onno Tunç who kept it going. I couldn’t maintain it for a long time, but I have always had that feeling. I formed smaller bands. A big band should have at least 13 members, these are called pocket big band. I tried to bring together exciting Turkish musicians in my band. We have 15 members now, but the bands name is Emin Fındıkoğlu + 12. I love all of them. I feel great in front of them. We have prominent musicians such as Şenova Ülker and İmer Demirer. We invited Meltem Ünel and Tolga so now we are 15 people.

I want to make an album, we actually recorded but couldn’t get it published. Even its cover is ready. People say the era of CDs is over, that we should release it on social media. And there is also this: production companies in Turkey get on your case if you play foreign songs in the album. There are those who still release CDs but do so through their personal relationships, I never want to make an album like that.

According to Emin Fındıkoğlu, one wouldn’t consider how much money there is to gain when entering the world of jazz, one would just dive in and enjoy even if they didn’t earn any money. He thinks this view is no longer valid in today’s world. He has a couple of words for singers as well, he says most are the copycats of old vocalists and those who compose and write pieces are rather inadequate.

I had my eyes on his tube amplifier that I saw in his house in Bodrum, this time I adored his tube/transistor hybrid McIntosh amplifier. He listens to LPs but the handle of the record player is broken, he is waiting to get that fixed. He is working nonstop with new projects and young musicians in the meanwhile. Some people are way ahead of the crowd that surrounds them when it comes to some specific topics, I think Emin Fındıkoğlu is one of the most important jazz musicians to be born in Turkey and he is three sizes too big for us. However, his humble personality and his love for music keep lighting up our path.