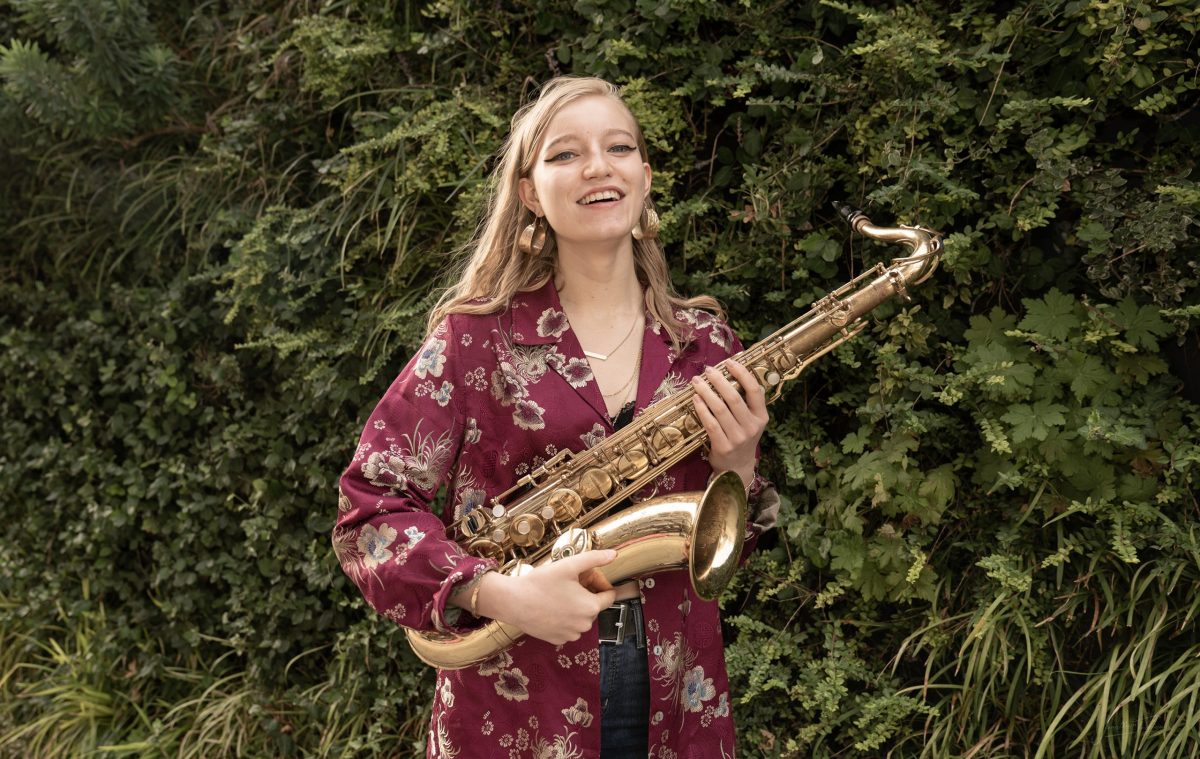 For International Women’s Day (IWD), 10 jazz writers who are members of European Jazz Media (EJM) chose a female jazz musician from their own country through the 10 jazz publications they are affiliated with and held an interview with them. 10 magazines and 10 female jazz artists participating in this project, including Jazz Dergisi from Turkey:

#Womentothefore #IWD2022 Are the project’s hashtags 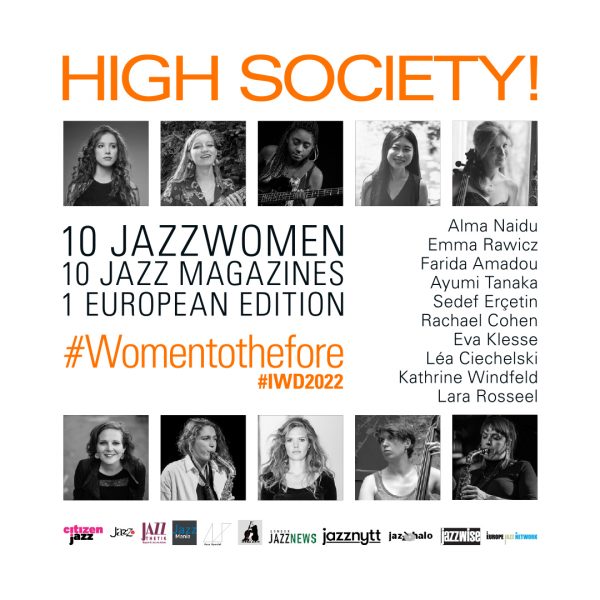 As of this week 8 March 2022, we are starting to broadcast these conversations that started with jazz and women and then went improvised. In these days when the whole world needs the power of art and women more, we hope that jazz music, which does not contain racism, nationalism and violence, will also pave the way for the atmosphere of dialogue and peace to be restored.

The ability to ‘see music in colour’ or ‘see colour in sound’ has a long history among performers and composers. Hugh Morris meets young saxophonist Emma Rawicz, the latest in a distinguished line of jazz synaesthetes.

Emma Rawicz sees colours in sound. It’s an instant, unavoidable reaction; she closes her eyes to play, and the shapes dance around her mind’s eye. What she experiences is synaesthesia (or more strictly, chromaesthesia), a perceptual phenomenon with a rich history among musicians. Composers from Olivier Messiaen to Duke Ellington used it to shade in their scores, adding layers of harmonic intrigue and textural colour few have managed to replicate since. As someone who spends most of her time performing, her form of synaesthesia differs to Ligeti’s or Sibelius’.

“I see most of it from the ‘hearing music, seeing colours’ angle,” she tells me via Zoom from her London flat. But the new project she’s working on, part of which premieres at this year’s EFG London Jazz Festival, flips her default process on its head. “I’ve been looking into colours I’ve never heard before – I’m doing the project the other way round” she explains, twiddling on her iPad for a second and pulling up one of those hues she’s never listened to. It’s not just some red – it’s Falu Red, a Swedish shade used on countryside cabins. There’s another based on a violent pink. She’ll have a whole Dulux catalogue of pieces before too long.

Or will she? That my burnt orange is your burnt orange is something we take for granted, but the rules change completely when senses collide. “Every person I’ve spoken to [who has synaesthesia] completely disagrees with everything I say. I’ll ask them ‘what colour is A Major’, and I’ll react like ‘what do you mean, you can’t possibly be right.’ It seems so absolute, as simple as saying the grass is green, but it’s completely random.” Random it may be, but it’s a phenomenon so indelibly linked to her own creativity that it provides endless avenues for musical inspiration. 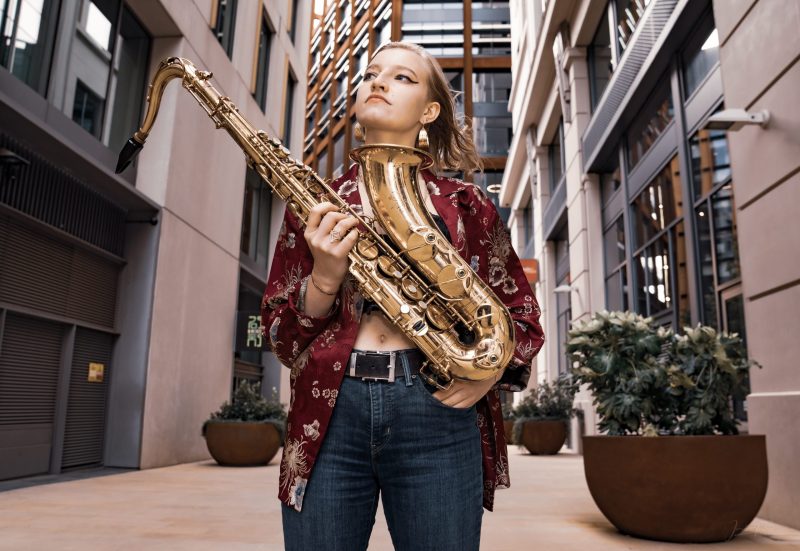 Art plays a more conventional role in her debut album Incantations, inspired by a vibrant piece called ‘Voodoo’ (artist unknown) that Rawicz found on the internet. “It’s completely abstract, a really bright pink background with lots of weird orange stuff going on.” That striking piece became a brief to respond to compositionally, and a place that other pieces could bounce off. The album – with echoes of Michael Brecker via funk, folk and busy straight-ahead ‘roasts’ – revolves around that mystical theme, with tracks called ‘Rune’, ‘Mantra’ and ‘Omen’.

Rawicz is just 19. She began playing saxophone aged 15, settling on tenor a year later. After moving swiftly through Junior Guildhall (accidentally ticking the box for jazz saxophone) and Chetham’s School of Music in Manchester, she now enters the second year of Royal Academy’s jazz course. She’s busy outside of education, from making her Ronnie Scott’s debut to NYJO’s Jazz Exchange programme. Her debut album waits in the wings, but before it’s released, Rawicz has already planned a four-album cycle over the next four years of music college – Ivo Neame and Ant Law are both on board for the first of her synaesthesia-orientated releases. On top of that, she is one of her generation’s top content creators on Instagram. Her daily practice videos, transcriptions and live clips have seen her accrue 35,000 followers, outpacing many of the UK’s most popular jazz acts.

It’s unquestionably impressive. But is it always healthy? I ask her what’s driving her herculean efforts, and she winces at what she worries is a ‘cringe’ answer.

“I just love what I do. I love it so much. Even when I play a tiny jazz gig, and it’s not paid very much money, playing great music with great people is just the best feeling in the world.” So there’s the love, but there’s also a ruthless determination to finish the projects she gets into, from learning languages to mastering Coltrane transcriptions.

“I’m just a massive nerd, and when I get into stuff I like to really get inside it and learn as much as I can about it.” Elsewhere, she talks of a need to ‘catch up’ to her peers (Rawicz grew up in North Devon, and got into jazz, in her words, “really late.”) Does she feel like she’s there yet (wherever ‘there’ might be?) “To a point. I’m at a place where I’m really happy, but why stop there? Okay isn’t really good enough.”

Her hard work is very visible. As lockdown hit, the ‘shed’ became the stage for many musicians, and Rawicz was among those who took up the #100DaysOfPractice challenge popularised by violinist Hilary Hahn. Few have done it in quite as much style though, combining Cannonball transcriptions with rudiments at break-neck speed.

Something changed when she opened up about her process. “When you have a social media platform, it comes with weirdos, haters, unwanted comments and rude people. But the balance started to shift when I started posting really honest practice videos. Comments were more positive – ‘thanks for sharing this’, ‘I’m working on this’ or ‘what advice do you have?’ It’s more constructive.”

That honesty combined with her drive makes Rawicz a real force to be reckoned with.

Background
This article has come about in the context of a collaboration between several European jazz magazines, where female musicians are widely exposed under the headings WOMEN TO THE FORE and INTERNATIONAL WOMEN’S DAY.
Translation from English to Turkish by Toprak Şerif Gözden (Jazz Dergisi)